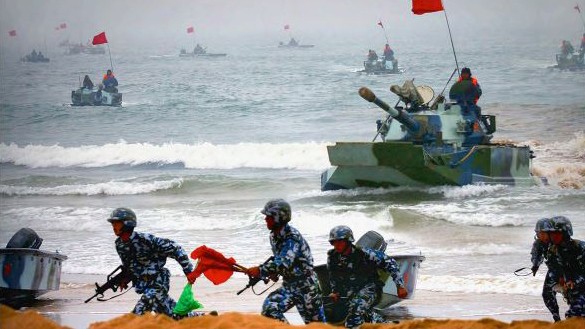 TAIPEI (Taiwan News) — Nine in 10 Japanese surveyed in a poll over the weekend expressed fear that China could invade Taiwan amid the Russian invasion of Ukraine.

On Saturday (March 19), the Mainichi Shimbun and Saitama University’s Social Survey Research Center polled 1,040 people on their concerns about a Chinese invasion of Taiwan. Of the respondents, 56% stated that they have "strong concerns" over the prospect of Chinese action against Taiwan. Another 33% said they have "some degree of anxiety" about the possibility, bringing the total percentage concerned about such an attack to 89%.

Regarding the Russian invasion of Ukraine, 87% said they were worried about the situation. Of these, 46% felt "strong concerns" about its effect on Japan's security, while 41% felt "some degree of anxiety."

As for the sanctions Japan has imposed on Russia thus far, 59% felt they are "reasonable," while 30% said Tokyo should impose stronger sanctions on Moscow. Only 5% felt that "no sanctions are needed."

In response to Japan's shipment of bulletproof vests to Ukraine, 61% of respondents found it "reasonable," while twice as many said their nation should provide more military aid. Only 11% felt that Japan does not need to support Ukraine militarily.

The 89% of respondents concerned about an invasion of Taiwan is a significant increase from the 77% who expressed the same fear in a survey conducted by Nikkei Asia on Feb. 28, four days after the start of Russia's invasion of Ukraine. In that survey, concern was even higher among respondents in their 40s and 50s, with 83% expressing concern China might take similar action against Taiwan.