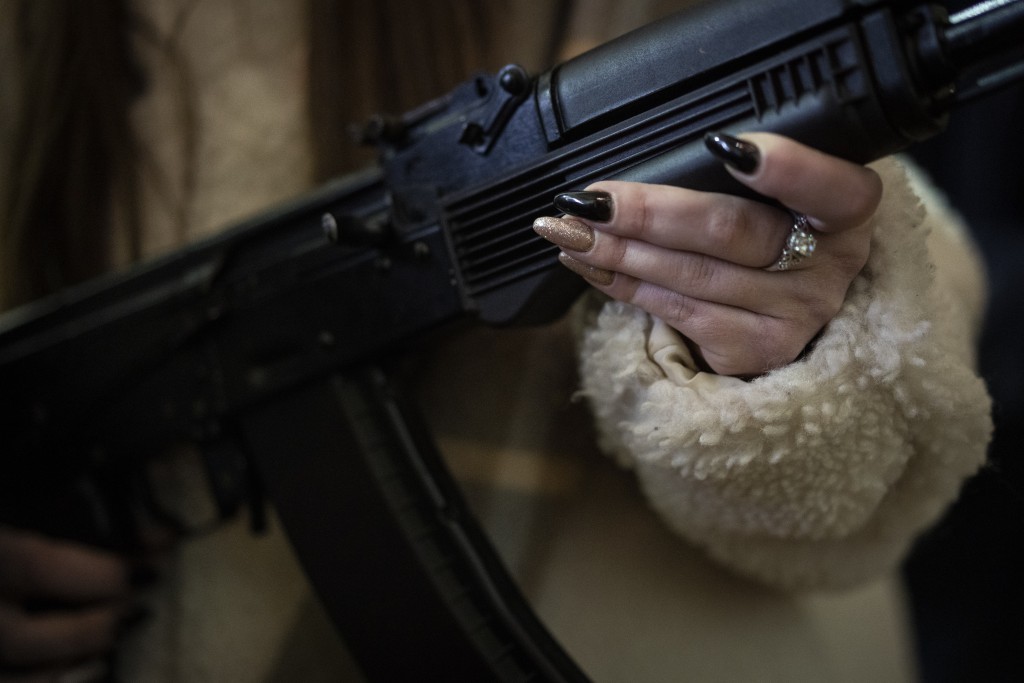 TAICHUNG (Taiwan News) — It turns out that for structural reasons, the reserve forces in Taiwan aren’t well suited to prepare Taiwanese civilians to fight back and engage in a long-term insurgency during a Chinese invasion. In my previous column I explored why this is the case, and scholar Michael A. Hunzeker and former Chief of the General Staff of the Republic of China Armed Forces Lee Hsi-Min (李喜明) published an interesting piece in War on the Rocks.

A Taiwan Territorial Defense Force (TTDF), separate from the reserves but also overseen by the Ministry of Defense, is needed to truly mobilize volunteer fighters to be trained and prepared for an invasion by the People’s Liberation Army (PLA). The authors propose a force of “young men and women” who will be trained, prepared, and equipped to make it extremely difficult and costly for the PLA should they manage to get past the beachheads.

I proposed expanding on this significantly beyond just armed “young men and women,” as the TTDF would need considerable support from the broader civilian population to be effective — and that is the subject of this column. Armed civilians heroically fighting invaders unsurprisingly grab attention, but it is basic logistics that will keep them fighting — no amount of courage makes up for a lack of key supplies like food, water and medical care.

Cadres or auxiliary units will also need to be ready to step in to handle a wide range of key tasks.

In this, almost everyone can play a role, and a certain number of trained people and basic materials in every neighborhood could form a core around which a wider civilian resistance campaign can be formed. Like those elderly Ukrainians preparing Molotov cocktails in Kyiv, everyone should be considered for a wide variety of pre-trained volunteer roles, be they teenagers, the elderly, and yes, Taiwan’s three-quarters of a million foreigners.

The country's specific political structure means one key person in every neighborhood whose role will need to be considered is the local borough chief (里長) or village chief (村長). These elected representatives that serve as interlocutors with the local government are a treasure trove of information about the neighborhoods they represent and the people who reside in them.

How exactly their role should be defined in relation to the local TTDFs will require some consideration, but at the very least they will need to be well informed as to their purpose and requirements and local resources necessary to function during an invasion. On the flipside, the TTDFs will need to be prepared to rely on information and resources these key figures can muster on short notice.

Both a TTDF and the civilian population will require food, water, and fuel. The defense forces will also need ways to replenish ammunition, parts, and other supplies.

Fortunately, Taiwanese may be the best on the planet when it comes to logistics and making things happen on a shoestring. Willing local factory and warehouse owners should be trained to jump into action — not with guns but with trucks and supplies to keep the resistance going.

Medical teams will be absolutely necessary, and again, a volunteer core will need to be trained and prepared to mobilize their peers when it comes time to spring into action. Unfortunately, doctors and especially nurses are already pushed to their limits with their workloads. These volunteers will either need to be paid for their time or — like the cadres of special forces Hunzeker and Lee recommend — they may include full-time employees.

Others will be required as well, including people ready to take on such tasks as scavenging and sourcing, ensuring bomb shelters are well maintained and having megaphones and identifying jackets to lead people into them, communications teams, repair experts, engineers, and so on.

To be truly effective, a whole-of-society approach should be considered. Instead of just one national brochure informing the population on what to do in case of invasion, targeted ones should be included.

For example, people whose expertise is useful to all the teams mentioned above (medical, logistics, etc) need to be informed on who might contact them, for what roles, and how they can support those who have been trained and prepared by a TTDF.

Others could be prepared for large apartment block management committees. They would inform these committees of steps they can undertake now to prepare, such as storing food and water, considering bathroom requirements for those sheltering in parking garages during air raids, and perhaps identifying those in the building who are ready and willing to take on key roles in an emergency.

Care will need to be taken that people from all walks of life are included in some form, even if they aren’t handed a gun. This will only underscore that resources and volunteers from every corner of society can be mustered to handle the myriad tasks that will confront the population in the event of war. There are few age or physical limitations on who can handle preparing meals, repairing clothing, making items like camouflage mesh and Molotov cocktails, running errands, and so forth.

The very existence of a TTDF, and the high likelihood of everyone knowing someone involved in it, will go a long way towards spreading awareness of the need to prepare and harden Taiwan and cause many to stop and think about what they would and could do in an attack. It “will send a powerful message to the Taiwanese people that they have a role to play in providing for their own defense” and “further reinforce a sense of national identity and resolve.”

As the authors of the War on the Rocks piece commented: “Indeed, Taiwan can buy all the American weapons it wants. But nothing projects a more powerful signal that the Taiwanese people are ready to 'pay any price and bear any burden' to protect themselves than a standing territorial defense force.”