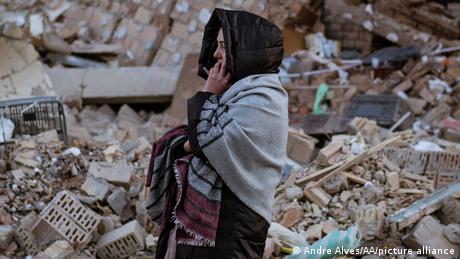 This article was last updated at 03:25 UTC/GMT

Ukraine's defence ministry said that it had "temporarily" lost access to the Sea of Azov in the face of Russian advances around Mariupol.

"The occupiers have partially succeeded in the Donetsk operational district, temporarily depriving Ukraine of access to the Sea of Azov," Ukraine's defence ministry said.

The ministry did not specify whether Ukraine had regained access to the sea, but said that Russian forces had been pushed back from approaches toward the southern city of Mykolaiv.

Russia on Friday said that it was "tightening the noose" around Mariupol.

Zelenskyy said that the talks were "Russia's only chance to reduce the damage of its own mistakes."

"I want everyone to hear me now, especially in Moscow. The time has come for a meeting, it is time to talk," Zelensky said.

"The time has come to restore territorial integrity and justice for Ukraine," Zelenskyy added.

"Otherwise, Russia's losses will be such that it will take you several generations to recover."

Zelenskyy said that there was, as of yet, no information about how many people have been killed in the besieged southeastern port city of Mariupol after a theatre was struck on Wednesday. According to Ukraine's president, more than 130 people had been rescued so far.

Bilateral talks between Russia and Ukraine have been ongoing for weeks with no major breakthroughs.

The UN migration agency says nearly 6.5 million people have been displaced inside Ukraine, in addition to the 3.2 million who have already fled the country.

Ukraine’s President Volodymyr Zelenskyy said rescue work was ongoing at the site of a bombed theater in Mariupol from where 130 people had so far been recovered alive.

President Vladimir Putin praised the war waged on Ukraine as a "heroic" mission by the Russian army during a patriotic rally at a Moscow stadium.

The Bulgarian foreign ministry declared 10 Russian diplomats "persona non grata" and demanded that they leave the country within 72 hours, accusing them of carrying out activities incompatible with their diplomatic status.

The Baltic states also expelled a total of 10 Russian diplomats on Friday: three from Latvia and Estonia each and four from Lithuania.