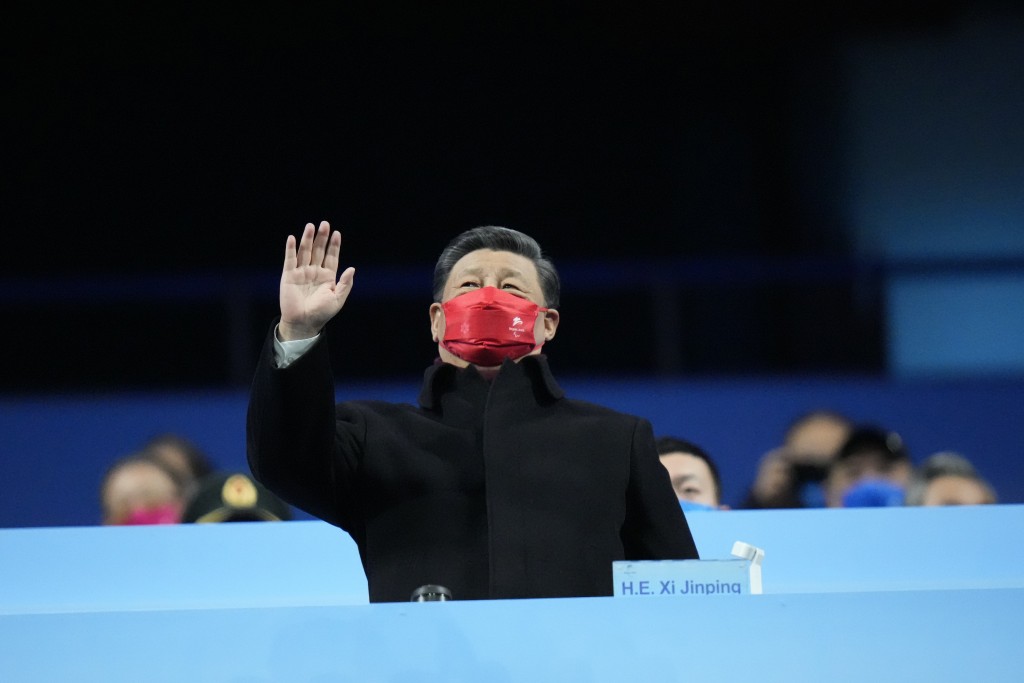 Chinese President Xi Jinping told his U.S. counterpart Joe Biden on Friday that the Taiwan issue needs to be handled properly to avoid a negative impact on Sino-U.S. relations, according to Chinese media.

China says Taiwan, which it views as a breakaway province to be brought back to the fold, by force if necessary, is the most sensitive and important issue in its relations with the United States.

Washington, which is seeking Beijing's help in restoring peace in Ukraine after Russia's Feb. 24 invasion, has no formal diplomatic ties with Taipei but is Taiwan's most important international backer and arms supplier.

"Some individuals in the United States are sending the wrong signals to pro-independence forces in Taiwan, and that's very dangerous," Xi told Biden on a video call.

"If the Taiwan issue is not handled properly, it will have a subversive impact on the relationship between the two countries."

China sailed its aircraft carrier Shandong through the Taiwan Strait, shadowed by a U.S. destroyer, on Friday, a source with direct knowledge of the matter told Reuters, just hours before the Chinese and U.S. presidents were due to talk. Read full story

A White House statement said Biden reiterated in the call with Xi that U.S. policy on Taiwan has not changed, and emphasized that Washington "continues to oppose any unilateral changes to the status quo."

China has over the past two years stepped up its military activity near the island to assert its sovereignty claims.

"(We) hope the U.S. side will pay adequate attention" to the issue, Xi told Biden.

Taiwan's Foreign Ministry expressed thanks to Biden for his "emphasis on maintaining the status quo of peace and stability across the Taiwan Strait, as well as his firm support for Taiwan's security".

It called on China to take concrete actions and condemn Russia's invasion of Ukraine. Taiwan, which rejects China's sovereignty claims, has joined in Western-led sanctions against Russia and sent humanitarian aid for Ukrainian refugees.

Xi also told Biden that the war in Ukraine must end as soon as possible, according to Chinese state media.

All parties should jointly support the Russia-Ukraine dialogue while the United States and NATO should also conduct talks with Russia to solve the "crux" of the Ukraine crisis, Xi said.Read full story