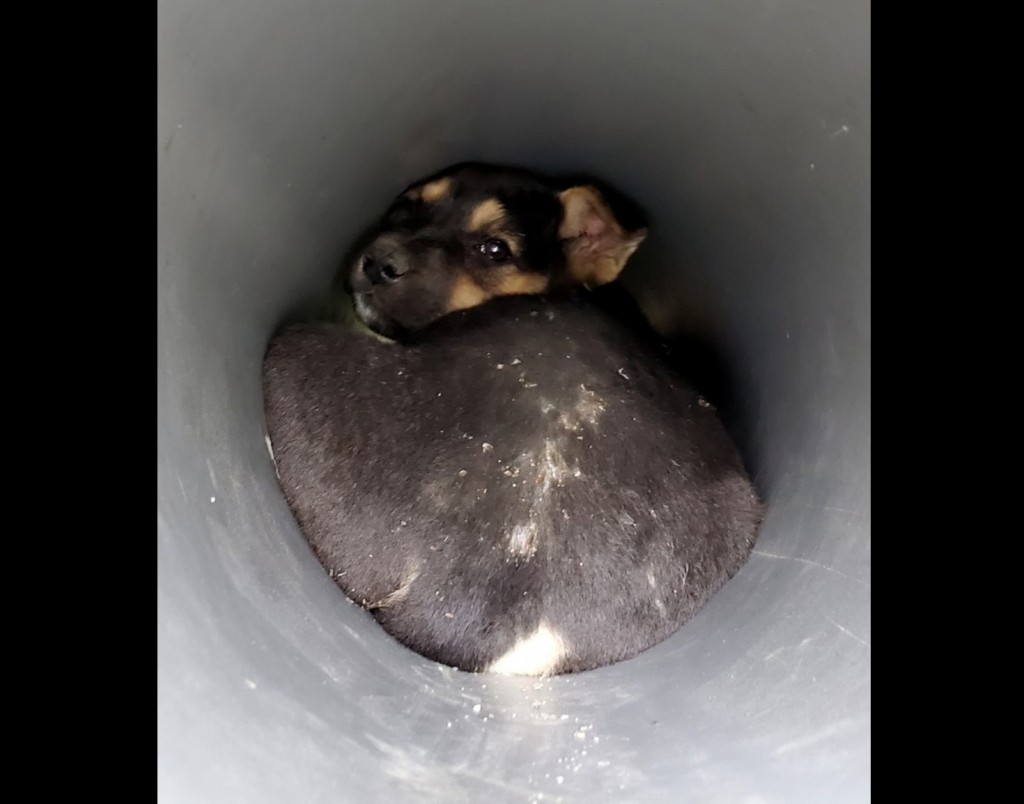 TAIPEI (Taiwan News) — A two-month-old puppy was saved by Animal Rescue Team Taiwan (ARTT) volunteers after being stuck in a pipe for over a week.

CNA reported on Thursday (March 17) that the puppy was found outside a house made of iron sheets at Kaohsiung's Xingda Harbor. It had apparently climbed into a plastic pipe that measured less than 10 centimeters in diameter and got stuck.

The ARTT received a report over a week ago from an individual who saw the puppy get stuck and became concerned that the puppy would starve to death. The group immediately sent volunteers to the scene where, after trying and failing to dump the dog out of the pipe by lifting it, they had no choice but to saw through the pipe.

The volunteers successfully rescued the puppy after 40 minutes and sent it to an animal hospital, CNA cited ARTT as saying. The puppy was suffering from severe dehydration and malnourishment.

The ARTT plans to find a home for the puppy once it recovers. Volunteers free the puppy after 40 minutes of sawing through the pipe. (Animal Rescue Team Taiwan photo)