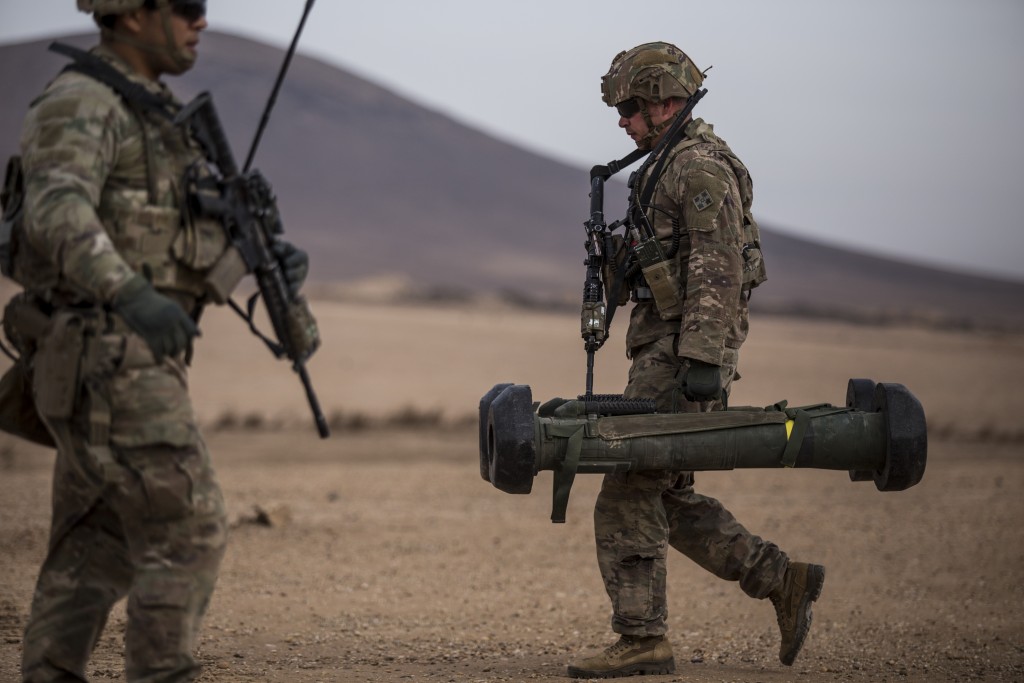 TAIPEI (Taiwan News) — Scholars have predicted that the next U.S. arms sale to Taiwan may not be traditional weapons platforms such as aircraft and ships but items that will help Taiwan boost its asymmetric warfare capabilities, such as precision munitions and equipment related to combat training, logistics, and battlefield management.

The Ministry of National Defense said on Wednesday (March 16) that it will immediately announce to the public the U.S. has notified Congress about a possible weapons sale to Taiwan.

Su Tzu-yun (蘇紫雲), a senior analyst at the Institute for National Defense and Security Research (INDSR), pointed out that so far during President Tsai Ing-wen's time in office, there have been 18 U.S. arms sales, 16 of which contribute to Taiwan’s asymmetric warfare capabilities. This demonstrates there is a tacit consensus between Taipei and Washington that enhancing Taiwan's asymmetric abilities can achieve the greatest defense, and it is also largely in line with Taiwan's current defense resources.

Su said that the recent U.S. delegation of national security experts led by former U.S. Joint Chiefs of Staff Chairman Michael Mullen may have brought up the issue of arms sales, which are one of the indicators of military cooperation between Taiwan and the U.S. Su pointed out that Washington has listed Taiwan as a partner for the first time in its Indo-Pacific strategy report in February.

Chie Chung (揭仲), an associate researcher at the National Policy Foundation, said the U.S. hopes Taiwan will buy more munition-type weapons because they can be delivered faster and bolster short-term combat power.

He said that last month, Taiwan’s budget to purchase MH-60R anti-submarine helicopters was changed because the Biden administration deemed the rotorcraft did not contribute to Taiwan’s asymmetric combat capability during the U.S.-Taiwan Defense Review Talks in November.

Lin Pai-chou (林柏州), a researcher at INDSR’s Department of Political-Military and Operational Concepts of the Chinese Communist Party, pointed out from a strategic point of view that U.S. arms sales to Taiwan are a sign of America’s commitment to helping Taiwan defend itself and serves as a message to regional allies to strengthen security cooperation.