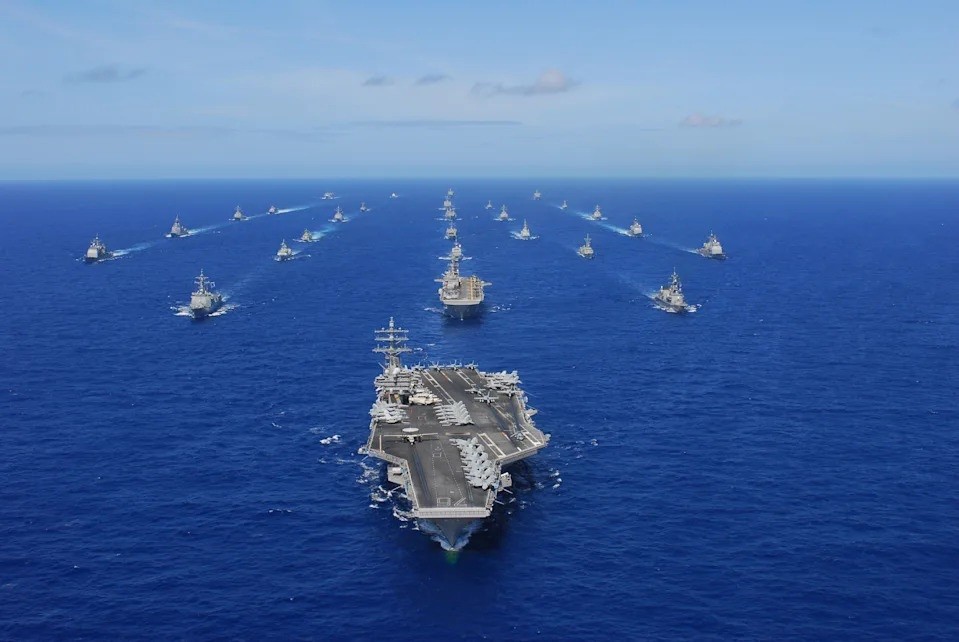 TAICHUNG (Taiwan News) — Almost everyone with access to independent media watched in shock and horror as Russian tanks rolled into free, democratic Ukraine. Protests have erupted around the world, volunteers have donated money and rushed to the border to assist refugees, and governments have belatedly begun to unify in response.

Europe, in particular, was caught flat-footed by Putin’s invasion, but the failure to prepare for assaults on free peoples by brutal dictatorships is a global problem. The war in Ukraine is forcing the world to face the fact that autocrats don’t play by rules they don’t like; the only constraints they respect are those forced upon them.

In the last couple weeks, the news feed has been filled with articles asking if Taiwan is next. Many are cringe-inducing in their ignorance of specifics related to the country.

Experts on Taiwan and the situation here have rushed to correct this ignorance, with articles proclaiming that Taiwan is indeed not Ukraine and that the situation is different. Even President Tsai Ing-wen (蔡英文) and the Chinese foreign ministry are on the same page here, though for very different reasons.

That the question is being asked so frequently and with such alarm in editorials around the world is a good sign, however. It is past time that the world understands in the sort of brutal, stark, and existential way things are playing out in Ukraine that the threat to Taiwan is very real.

As Europe scrambles to enact tough sanctions and fund shipments of arms and matériel into Ukraine, tough questions are being asked as to why Europe wasn’t better prepared militarily and provided so little deterrence to Putin’s violent power grab right next door to NATO. Eastern European members of NATO in particular have been warning their Western counterparts for years that the combination of economic reliance on Russian gas imports and weak defense spending played dangerously into Putin’s hands — and they have now been proven correct.

In Asia, early warning signs have been taken somewhat more seriously — but the key word is "somewhat." Whereas Europe was asleep at the wheel while Putin’s Russia waged war in Chechnya, seized territory from Georgia, and feasted on large chunks of Ukraine, in Asia the genocide against the Uyghurs, the attacks on India, the militarization of the South China Sea, gray zone incursions across the region, and the bloody crackdown in Hong Kong have prompted some response in recent years.

The United States has been the most pro-active, starting under former President Donald Trump and continuing under Joe Biden. Upcoming columns will flesh out this topic more, but in a nutshell the US has been increasing support for Taiwan on many levels, from arms sales to diplomatic efforts.

Crucially, the Americans have also been openly coordinating with the Japanese and Australians on the importance of planning together to defend Taiwan.

Other countries in the region, however, are a mixed bag. South Korea is distracted by the threat from North Korea, Vietnam is concerned about China but also has strong links to it, and the Philippines under President Rodrigo Duterte can’t even seem to figure out what side he’s on — leaving a potentially huge hole in the defensive “first island chain” that helps keep China’s navy from operating unimpeded in the Pacific and off Taiwan’s east coast.

Worse, the problem with recent initiatives like Quad and AUKUS are exactly that: they’re recent. They’re a patchwork of agreements without much depth or heft.

Consider this: Putin has been planning an invasion of Ukraine for years — invasions don’t pop out of a dictator’s head fully formed like Athena. They take time to plan, prepare, assemble and then execute.

He had to have considered the possibility of NATO involvement, in spite of Biden’s “no boots on the ground” pledge. Unlike the recent mishmash of agreements in the Asia-Pacific, NATO is a fully formed military alliance.

NATO countries have had years, usually decades, to ensure they know how to coordinate together on the battlefield. They train for it together, their weapons and communications are interoperable, and they have chains of command to ensure they are all on the same page.

And of all these nations, only the US has a very limited ability to interoperate with Taiwan’s military. While Taiwan uses American military systems that have that potential, without actual hands-on experience working together, that is largely theoretical. The dozens of American special forces that reportedly help with training in Taiwan and the pilots and others from Taiwan who train in the U.S. aren’t likely to operate effectively enough together in a full-scale war.

Clearly, the U.S., Japan, Australia, and other concerned nations need to have better ties with the Taiwanese military. Yet all of these countries pussyfoot around the issue because of their “one China” policies.

Even with all the preparedness and cohesiveness of NATO, Putin wasn’t deterred. China, whose conventional forces are more numerous than Russia’s, may be even less deterred by the feeble network trying to hold peace in the Pacific.

To really form a bulwark against China, especially over Taiwan, will take political will and sacrifice. Citizens of multiple countries will need to see the value in it and be willing to bear the increased costs it will entail.

This isn’t a call to rush into a mutual defense treaty alliance. It is a call for the U.S. to work with a range of partners to plan for the creation of one as soon as possible.

This can’t be done in a slapdash manner; it needs broad multilateral support and involvement and must be planned carefully but with urgency. However, when the announcement of a treaty or framework to defend Taiwan is ready, it will be much harder for China to respond to a united front of countries than to a unilateral move by the U.S.

The forms this could take vary widely, perhaps a core of nations committed militarily with a broader range of nations offering diplomatic support and cover for the endeavor. It could also include arms sales commitments by nations currently afraid to do so on their own.

It could include formally recognizing Taiwan as a sovereign nation, or some halfway solution where Taiwan’s “undetermined” sovereignty status in many countries is underscored. The U.S. and other countries already declared Taiwan’s status to be “undetermined” following the Treaty of San Francisco, when Japan renounced sovereignty over it.

Whichever form such an agreement of nations would settle on, it would need support from both decision makers and the public. That is a project in itself.

This is where all the “Is Taiwan next?” articles can be useful. For all their faults, most have laid out a coherent case for why China is a serious threat, how dangerous and potentially unpredictable Xi Jinping (習近平) could be, and why Taiwan is even more crucial to global economic and political security than Ukraine (as coldhearted as that argument is).

Concerns about the threat China poses have been growing markedly over the past few years, as hopes of its peaceful rise and eventual entry into the democratically led world order as a responsible member have evaporated. The invasion of Ukraine following the recent meeting between Putin and Xi has sharpened minds and stiffened the collective will of people around the world to not take the encroachment of dictatorships lying down.

Russia and China aren’t allies, but they clearly understand they have shared interests and fully intend to cooperate where it benefits each in their confrontation with free nations. As hundreds of thousands are protesting in the streets around the world in support of Ukraine, this momentum must be turned into concrete action for Ukrainians and Taiwanese alike.

Hopefully the Ukrainians defeat the Russians and Putin’s expansionist plans are halted in their tank tracks. Win or lose, however, it is crucial that this moment of clarity is seized by countries around the world to make sure it never happens again.