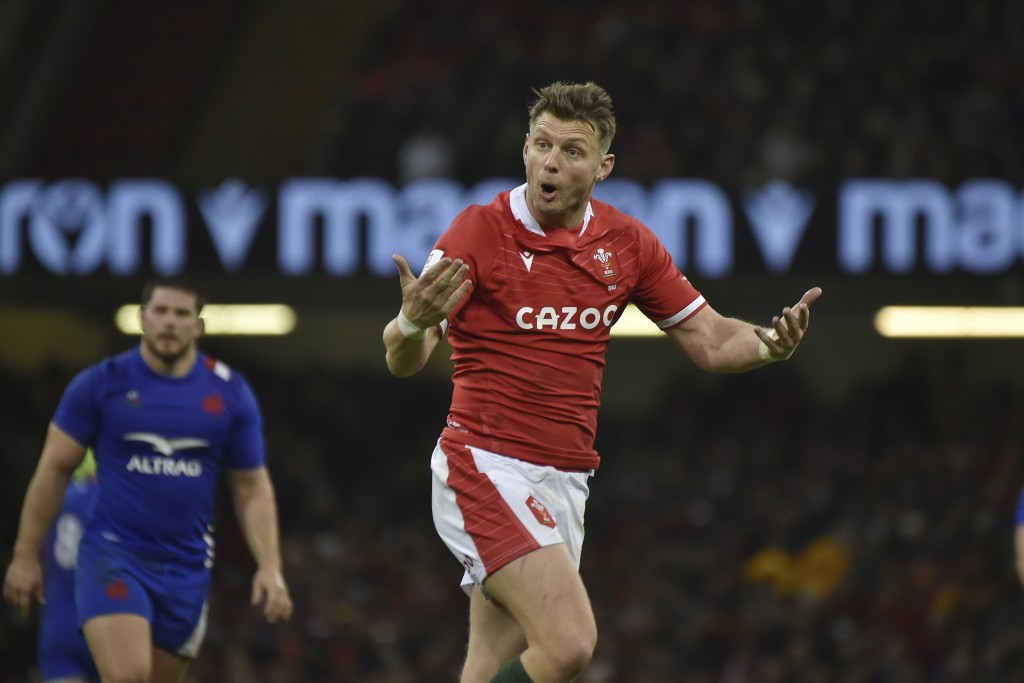 Wales coach Wayne Pivac has no misgivings about giving Alun Wyn Jones a first rugby match in 20 weeks in the Six Nations test against Italy this weekend.

Jones hasn't played since dislocating his left shoulder in October against New Zealand. After two surgeries, the lock was cleared last weekend to play, earlier than expected.

Wales would be heavily favored to beat Italy on Saturday even without Jones, but Pivac wanted him to celebrate his 150th Wales cap in front of a home crowd at Principality Stadium, and share the stage with captain Dan Biggar, earning his 100th national cap.

“There are a number of guys we believe can do that (come straight back in),” Pivac said on Tuesday. "He's been with us a few weeks. He's trained very well, ticked all the boxes.

"We're watching everybody in training and getting feedback on their work-ons. For this particular match, 150 matches in front of a home crowd is something special, and the fact that Al has come straight back in in the past, it's one we're comfortable with.”

Pivac said Jones was not a sentimental pick.

“I hope so because we've contracted him that far,” he said. "There was never any question in my mind that he would, unless there was injury.

"He clearly has to maintain form and be selectable. Certainly him and I have the understanding that's his target, that's what he's going towards, and we’ve certainly discussed that.”

On the upcoming milestones for Jones and Biggar, Pivac added, "It's fitting for those two to share the day. They've played a lot of rugby together and have a healthy respect for each other. They've given so much for the game in Wales.”

Pivac said Biggar had been looking forward to reaching 100 for a long time.

"Dan is somebody who demands high quality training from himself and his teammates. He works very, very hard at his game. He leads by example. He's everything you want in a leader and a good No. 10 in terms of managing and running the game.

"In terms of the captaincy, he's done very well. He's grown in terms of the tournament. Real credit to Dan. To play 100 games, it shows resilience.”

Pivac made seven changes after the 13-9 loss to France last Friday, noting “there are some players we need to see out there.”

The backline has been injected with Gareth Davies at scrumhalf for the injured Tomos Williams, Uilisi Halaholo at inside center, Louis Rees-Zammit on the wing in place of Alex Cuthbert, and Johnny McNicholl at fullback for Liam Williams.

Dewi Lake and Dillon Lewis have come into the front row, and Jones has bumped Will Rowlands to the reserves.

Wales is fifth in the standings with one win over Scotland, but could rise to third depending on beating Italy and other results.

"We would love to. It would be a great way to finish,” Pivac said. “We’ve got to get a job done on Saturday, and then we will sit and wait.”