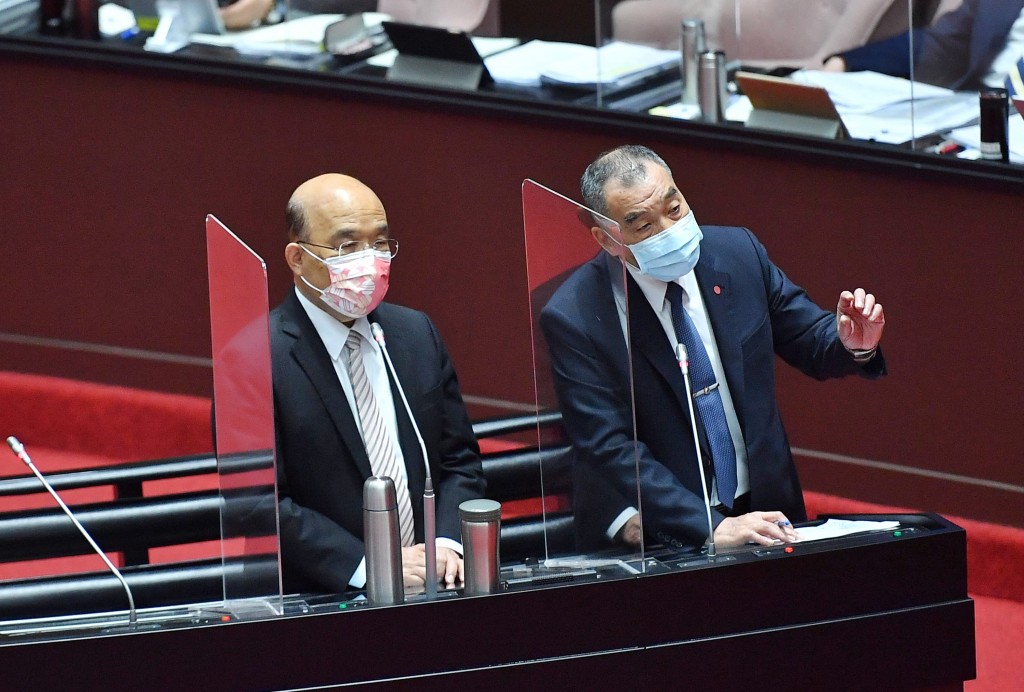 TAIPEI (Taiwan News) — Taiwan will never push citizens into battle and will only start a war as a last resort, Premier Su Tseng-chang (蘇貞昌) said while responding to a Legislative Yuan policy inquiry on Tuesday (March 15).

Su said that while Taiwan is unwilling to fire the first shot, if China attacks first, there will be “absolutely no chance of survival” for Beijing. “Taiwanese love peace," and "if no one bothers Taiwanese, they will not bother anyone,” CNA quoted him as saying.

Su mentioned that from China’s Liaodong Peninsula to Hainan Island, the Taiwan government knows all the activities of every Chinese military aircraft.

Responding to Kuomintang (KMT) Legislator Johnny Chiang’s (江啟臣) criticism of Taiwan’s use of a flare gun to deter a Chinese military plane flying near Dongyin Island last month, Defense Minister Chiu Kuo-cheng (邱國正) pointed out that the purpose of firing the flare gun is to convey the message that "I see you."

Troops and military equipment are deployed on the island, Chiu said. If there is an intruding aircraft, a radar will detect it, and missiles will lock onto it, he added.

Mainland Affairs Council Minister (MAC) Chiu Tai-san (邱太三) said that Taiwan will never provoke China, and the cross-strait hotline will always be open. For any type of special situation, Taiwan’s national security team will analyze and handle it, exhausting all means to resolve the issue, he said.