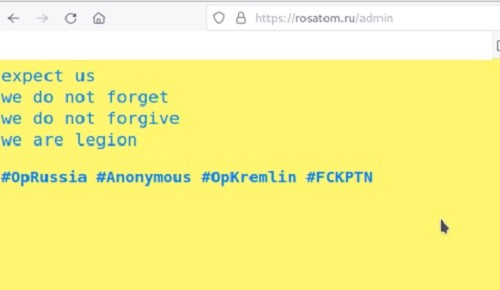 TAIPEI (Taiwan News) — Anonymous has hacked into the website of a Russian company allegedly running a Ukrainian nuclear power plant seized by Russia, defaced the site, and gained access to gigabytes of data, which it is leaking to the public.

On Sunday (March 13), a representative from Anonymous informed Taiwan News that the collective had hacked into the website of the Russian state-owned atomic energy company Rosatom. On March 4, Russian forces seized control of Ukraine’s Zaporizhzhya nuclear power plant, with one building at the complex set ablaze during the fighting, causing global concern of a potential nuclear accident.

Ukraine notified the International Atomic Energy Agency (IAEA) on Saturday (March 12) that Russia was planning on taking full control of the plant under the management of Rosatom. Although Russia has denied this accusation, officials from Rosatom had reportedly arrived in Zaporizhzhya on Friday (March 11) and claimed that the plant is now part of their firm, according to Ukraine's state-run nuclear energy company Energoatom.

The Anonymous representative told Taiwan News that Rosatom had been "owned for Ukraine" and included links to Rosatom, the Russian nuclear power plant operator Rosenergoatom, and the All-Russian Research Institute for Nuclear Power Plants Operation (VNIIAES). A new html page with the letters "fckptn" (f*** Putin) was added to each of these three websites.

The collective also vowed to share a "few gigabytes of data" and security details about the company. On Tuesday (March 15), the first 124 megabytes of data were released from Rosatom's website.

When asked what kinds of data had been pilfered, the Anonymous representative said they were samples of files from Rosatom's network, user tables from the database, and credentials of users of the internal network. As of Tuesday, only the homepage of Rosatom is visible; the rest of the website is inaccessible. 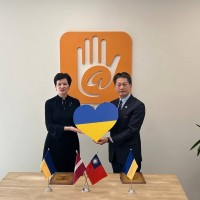