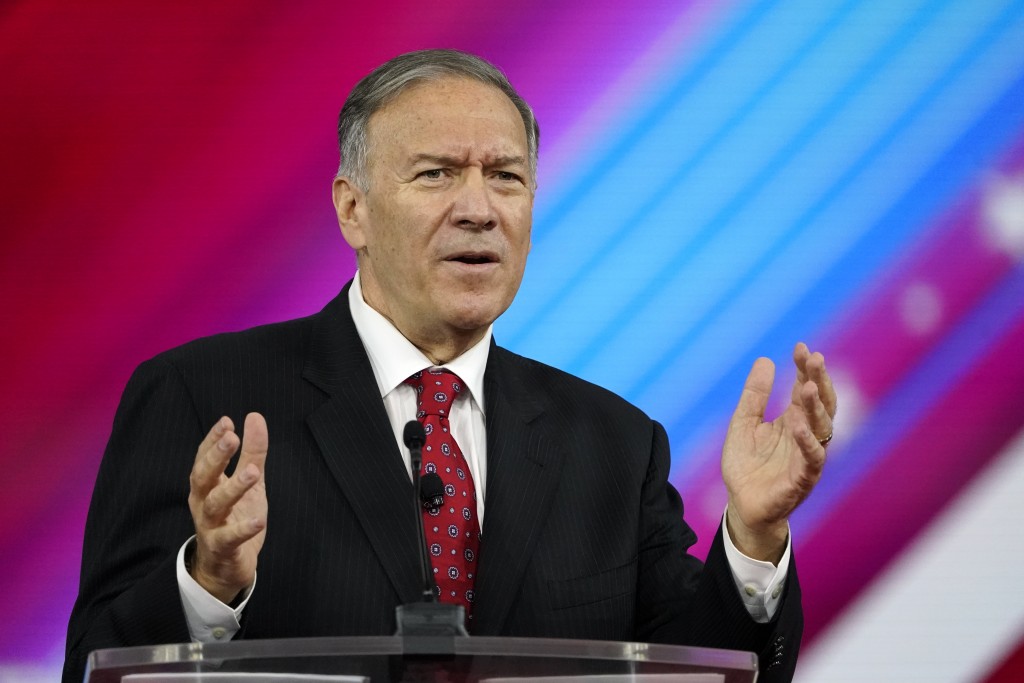 TAIPEI (Taiwan News) — Former U.S. Secretary of State Mike Pompeo appeared on national television Sunday (March 13), warning the risk of Chinese aggression toward Taiwan will be greater if Washington does not help the country defend itself.

Appearing on the Fox News Channel’s "Sunday Morning Futures,” Pompeo said China is watching how the U.S. handles the ongoing war in Ukraine. He asserted that if Washington does not help Taiwanese get ready to defend their country, "this will only embolden" Chinese leader Xi Jinping (習近平).

Pompeo criticized the Biden administration for being “too late, too slow, too small at every turn" in regard to Ukraine’s defense. He described Biden’s apparent weakness and slowness to respond as “provocative.”

He then turned to Taiwan, reasserting his belief that the U.S. ought to recognize Taiwan’s independence. "Everybody knows they have never been part of mainland China, communist China. They don’t want to be,” he added.

Pompeo argued the U.S. must not make the same mistake of delaying support for Taiwan. "We ought to be doing the things that we failed to do last summer for the Ukrainian people.”

Pompeo said Taiwanese are ready to defend themselves, but they will also need help — not only from Washington but from other U.S. allies in the region, including South Korea and Japan. He added that Southeast Asian nations are also concerned and know China is watching for signs of American weakness in the world.

Pompeo also criticized the Biden administration for its handling of the withdrawal of U.S. forces from Afghanistan.

This was Pompeo’s first interview since his recent visit to Taiwan, where he was awarded with the Order of Brilliant Star by President Tsai Ing-wen (蔡英文) for his services to U.S.-Taiwan relations.