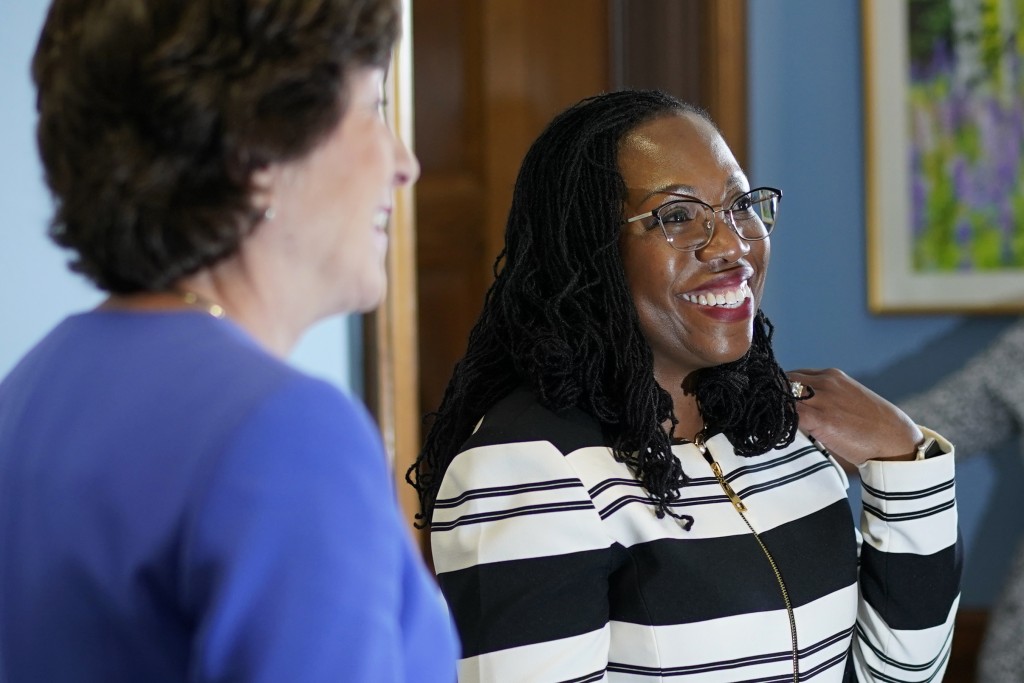 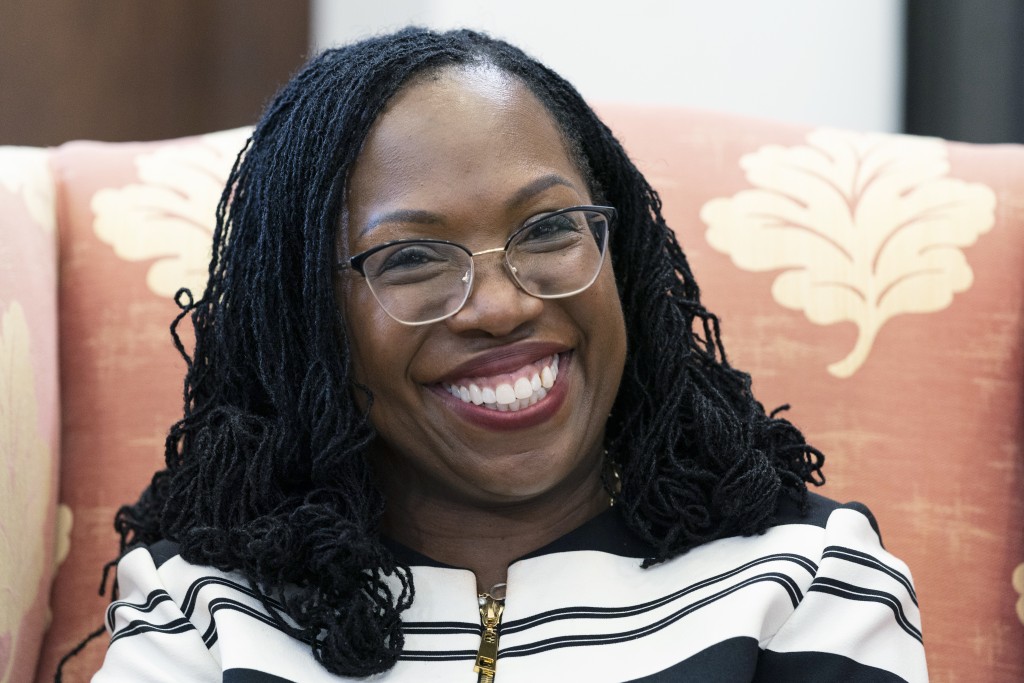 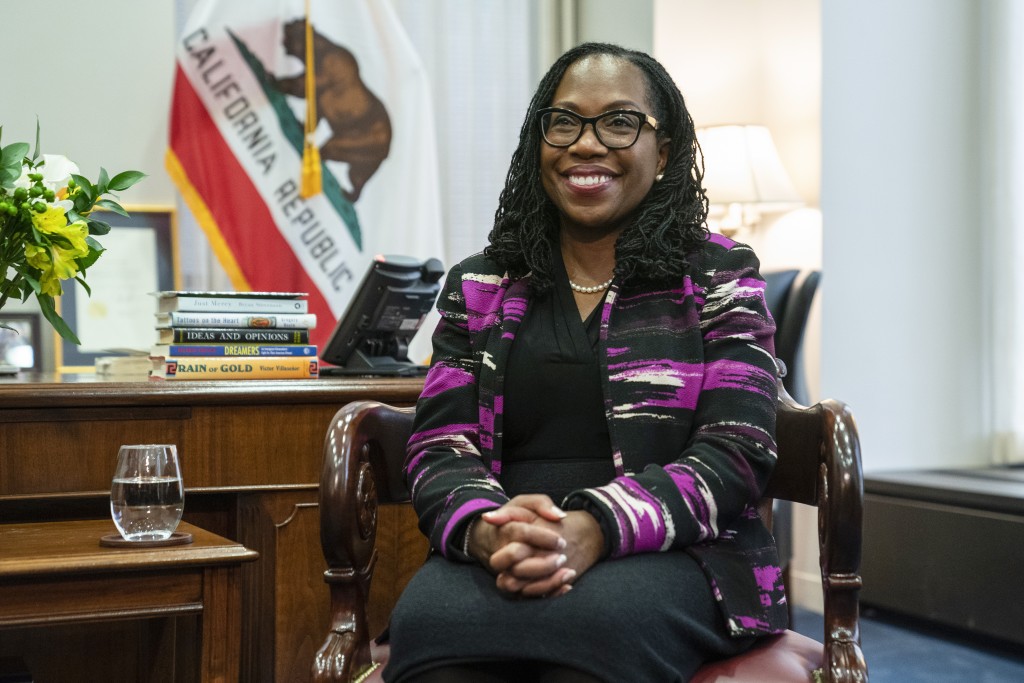 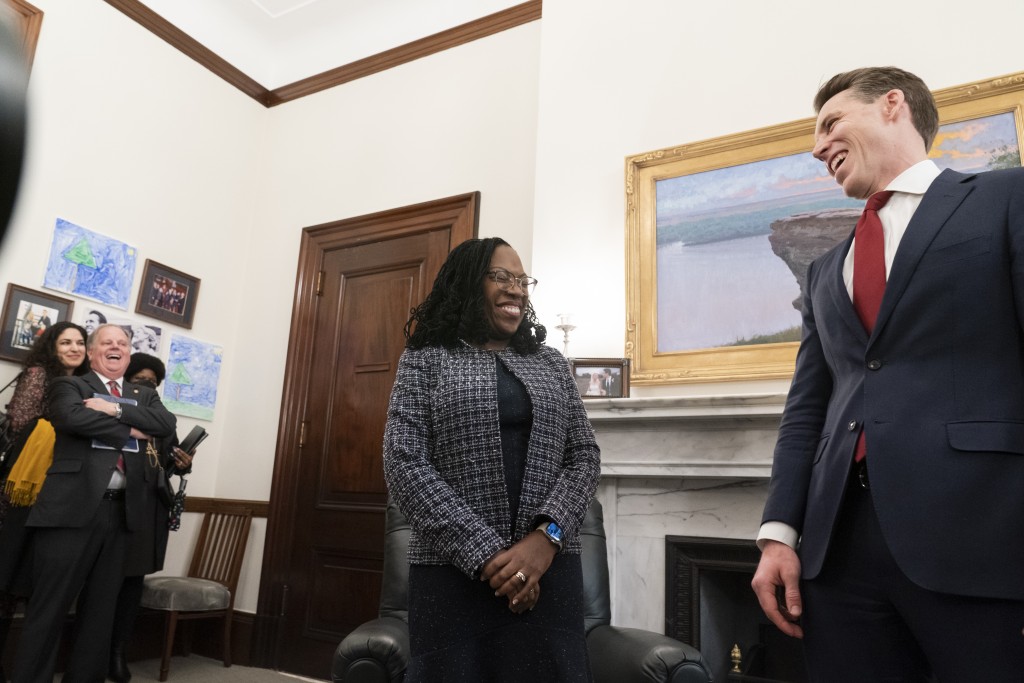 WASHINGTON (AP) — Engaging in lawyerly small talk, Missouri Sen. Josh Hawley was telling Supreme Court nominee Ketanji Brown Jackson this past week how he met his wife while clerking at the high court.

Jackson already knew the story, he discovered. She even “filled in some of the details for me.”

Jackson was prepared, as well, for the Republican senator's questions about Guantanamo Bay detainees she represented 15 years ago as a public defender and, after that, in private practice. Hawley said after the meeting that he is still concerned about that part of her record but found her forthcoming and engaging, with a “very high degree” of legal acumen.

“I think her hearings will be very substantive,” he said.

Jackson, who sits on the federal appeals court and would replace retiring Justice Stephen Breyer, is unlikely to need support from Hawley or any other Republican to be confirmed, and may not win over any of them. But as she makes the rounds at the Capitol, traversing from one Senate office to the next before her confirmation hearings later this month, Jackson is networking with zeal, restoring a collegial tone to a confirmation process that had grown increasingly embittered during the Trump era.

“I want to make this a bipartisan vote,” Senate Judiciary Committee Chairman Dick Durbin said after Breyer announced his retirement. “I think it is not only good for the Supreme Court, it’s good for the Senate.”

Democrats and the White House are hoping that Jackson’s enviable resume, empathetic style and historic potential as the first Black female justice will win at least a few crossover votes. And because her confirmation to replace the liberal-leaning Breyer wouldn’t shift the ideological balance of the court, Republicans aren’t expending much political energy opposing her.

Durbin and President Joe Biden have been reaching out to some GOP senators personally, promising to answer any questions and give them extended time with the nominee.

The most gettable Republican vote is Maine Sen. Susan Collins, who has already received three calls from Biden and met Jackson for more than 90 minutes on Tuesday. Collins, one of only three Republicans to vote for Jackson when she was confirmed to the circuit court last year, called the meeting “lengthy and very productive.” She signaled that that the nominee is likely to have her vote.

“She takes a very thorough, careful approach in applying the law to the facts of the case, and that is what I want to see in a judge,” Collins said.

Jackson was prepared for the small talk in that meeting, as well, telling Collins in the first few minutes that she got engaged to her husband in Maine.

“She passed that test,” Collins joked to reporters in her office as the two women smiled together for the cameras.

Even if other Republicans don’t vote for Jackson, it’s clear that she has impressed many of them as she has navigated the awkward ritual of the meet and greet. Texas Sen. John Cornyn praised her experience as a public defender and said she was “charming.” North Carolina Sen. Thom Tillis noted how prepared she was, a move he said was “wise.” Nebraska Sen. Ben Sasse shook her hand and congratulated her while the two smiled for cameras under a large buffalo head on his office wall.

The effusiveness from some Republicans is a sharp departure from the last several Supreme Court nominations.

In 2016, after the death of Justice Antonin Scalia, the Republican majority denied a vote on President Barack Obama’s nominee, now-Attorney General Merrick Garland, and most Republicans refused even to meet him. Democrats’ frustration over their jilted nominee was ever-present when President Donald Trump nominated Neil Gorsuch to fill the post the next year.

In 2018, Trump nominated Brett Kavanaugh to replace retiring Justice Anthony Kennedy; his confirmation came after an explosive, combative hearing in which Christine Blasey Ford accused him of sexually assaulting her in high school, which Kavanaugh denied.

And Democrats had few words of praise for Justice Amy Coney Barrett, who Trump nominated to replace the liberal icon Ruth Bader Ginsburg after her death just weeks before 2020 presidential election.

Republican reaction to Jackson hasn’t all been positive. Before Biden named her as the nominee, several Republicans, including Hawley, criticized the president’s pledge to nominate a Black woman to the post. Hawley called the pledge “hard woke left.” Texas Sen. Ted Cruz said it was “offensive” to have that criteria. Mississippi Sen. Roger Wicker likened it to affirmative action.

The good vibes could dissipate in the hearings, as well, if race moves to the forefront or if some Republicans make more personal arguments against her. Senate Republican Leader Mitch McConnell has so far signaled to his ranks to avoid that kind of questioning and keep the focus on issues they see as more damaging to Democrats, like inflation.

Asked about Biden’s pledge to nominate a Black woman, McConnell replied: “Honestly, I did not think that was inappropriate.”

Still, Republicans are sure to question Jackson aggressively at her confirmation hearings, which begin March 21, and criticize her for any rulings that they see as too far to the left. Hawley, Cornyn and Tillis — all members of the Senate Judiciary Committee — said they have questions about whether Jackson is guided by any specific judicial philosophy.

Democrats who have met with the nominee appear thrilled with Biden’s choice, gushing over Jackson's eight years as a federal judge, her time as a public defender and her ability to connect with others — a quality they say could help her bring the Supreme Court closer together, as well.

Democratic Sen. Mazie Hirono, a member of the Judiciary panel, said that when she met with Jackson she asked the judge what stood out to her most about Breyer, whom she had clerked for many years ago. She said Jackson replied that it was the justice’s ability to reach out to other members of the court.

“Even if she can’t convince other people to her way of approaching a case, I think that that willingness to talk, and understanding another perspective, is a very important aspect of the kind of person she is,” Hirono said.

Another Democrat on the committee, Connecticut Sen. Richard Blumenthal, said after his meeting that Jackson has a “really engaging personality" as well as a superior intellect.

“What really struck me most was her personal depth and warmth, and her intuitive interest in how real people are affected by her decisions beyond the abstract legalisms,” Blumenthal said.