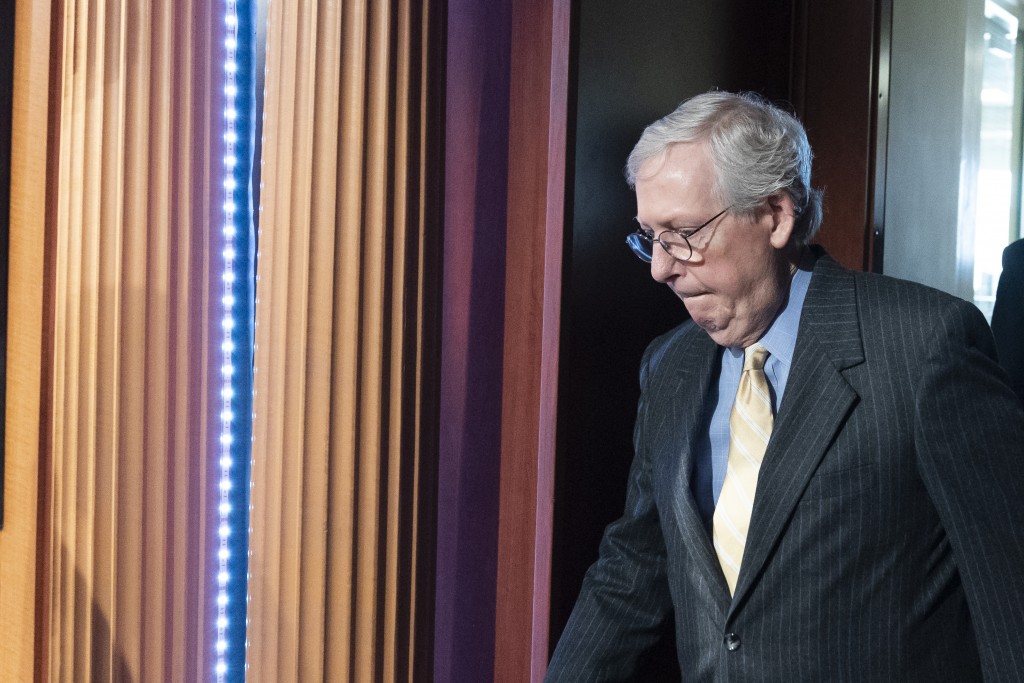 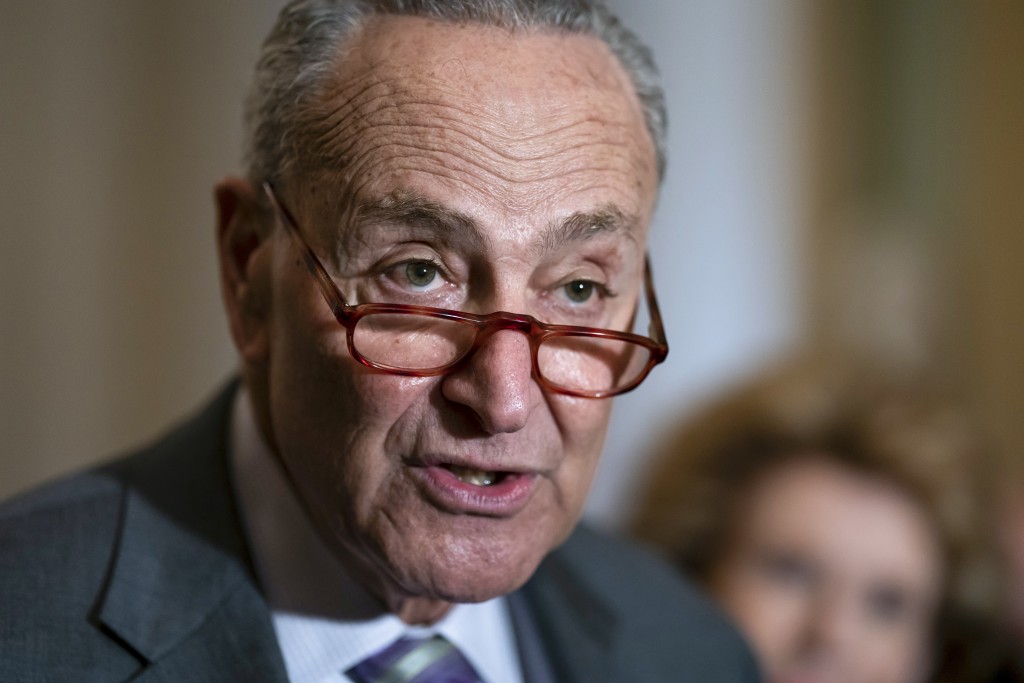 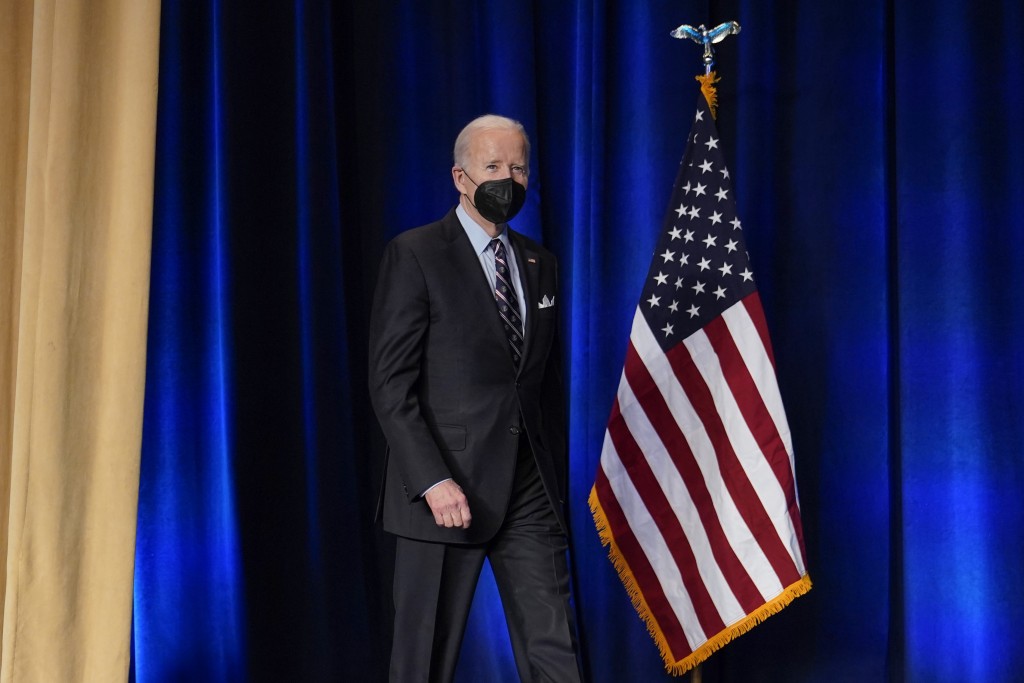 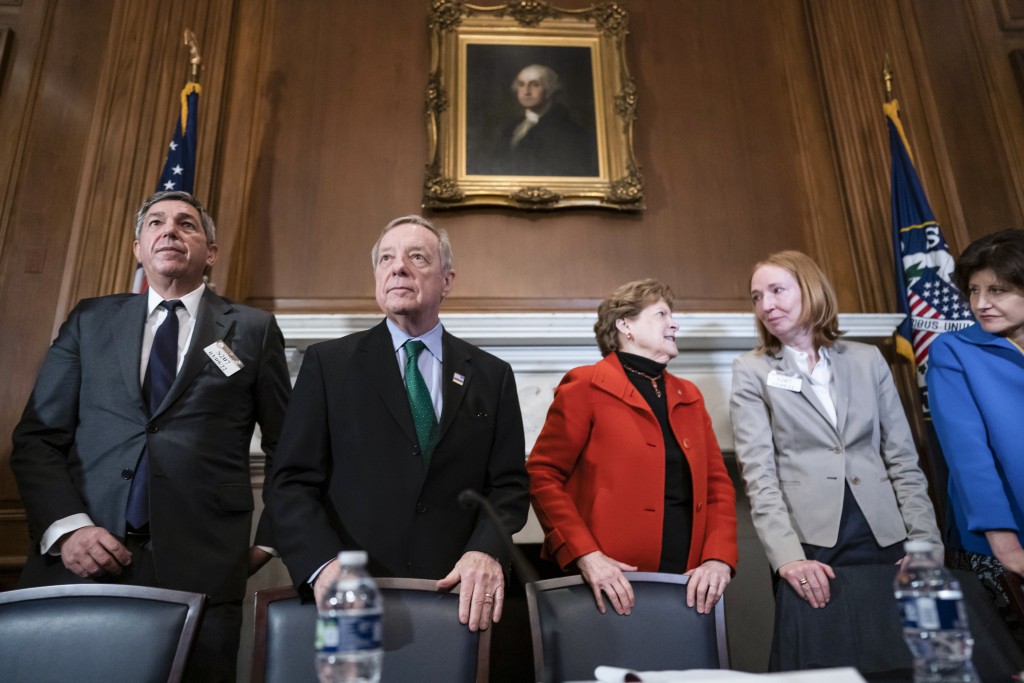 WASHINGTON (AP) — A $13.6 billion emergency package of military and humanitarian aid for besieged Ukraine and its European allies easily won final congressional approval, hitching a ride on a government-wide spending bill that's five months late but loaded with political prizes for both parties.

With Russian President Vladimir Putin's invasion killing thousands and forcing over 2 million others to flee, the Senate approved the $1.5 trillion overall legislation by a 68-31 bipartisan margin late Thursday. Democrats and Republicans have battled this election year over rising inflation, energy policy and lingering pandemic restrictions, but they've rallied behind sending aid to Ukraine, whose stubborn resilience against brutal force has been inspirational for many voters.

“We promised the Ukrainian people they would not go at it alone in their fight against Putin," Senate Majority Leader Chuck Schumer, D-N.Y., said just before the vote. “And once we pass this funding in a short while, we will keep that promise."

White House press secretary Jen Psaki said approval “proves once more that members of both parties can come together to deliver results for the American people” — a phenomenon in short supply in recent years.

She also prodded lawmakers to revive money “urgently needed to prevent severe disruptions to our COVID response.” In an embarrassment to Biden and Democratic leaders who'd made it a top priority, the House on Wednesday dropped the measure's $15.6 billion for continuing efforts to battle the pandemic after rank-and-file lawmakers balked at cuts in aid states had been promised.

Around half the $13.6 billion measure for the war was for arming and equipping Ukraine and the Pentagon's costs for sending U.S. troops to other Eastern European nations skittish about the warfare next door. Much of the rest included humanitarian and economic assistance, strengthening regional allies' defenses and protecting their energy supplies and cybersecurity needs.

Republicans strongly backed that spending. But they criticized Biden for moving too timidly, such as in the unresolved dispute with Poland over how that nation could give MiG fighter jets to Ukraine that its pilots know how to fly.

“This administration’s first instinct is to flinch, wait for international and public pressure to overwhelm them, and then take action only after the most opportune moment has passed us by," said Senate Minority Leader Mitch McConnell, R-Ky.

White House aides told Congress last month that Biden wanted $6.4 billion to counter Russia's invasion. He ended up formally requesting $10 billion, an amount that it took an eager Congress just a few days to boost to its final figure of $13.6 billion.

The $1.5 trillion bill carrying that aid gave Democrats a near 7% increase for domestic initiatives, which constituted a bit less than half the package. That translated to beefed-up spending for schools, housing, child care, renewable energy, biomedical research, law enforcement grants to communities and feeding programs.

Republicans lay claim to an almost 6% boost for defense, including money for 85 advanced F-35 fighter planes, 13 new Navy ships, upgrades for 90 Abrams tanks and improvements for schools on military bases. There would be another $300 million for Ukraine and $300 million for other Eastern European allies on top of the measure's emergency funding.

The GOP also prevailed in retaining decades-old restrictions against using federal money to pay for nearly all abortions. And they forced Biden to abandon goals for his 2022 budget — politically implausible from the start — that envisioned 16% domestic program increases and defense growth of less than 2%.

Besides those policy victories, many lawmakers of both parties had one incentive to back the spending package that they have not enjoyed since 2010. Democratic leaders restored the old practice of earmarks, hometown projects for lawmakers that Congress dropped in 2011 because voters viewed it as a sleazy misspending of taxpayers' money.

The practice restored, the expansive bill was laced with thousands of the projects at a price tag of several billion dollars. Years ago, the numbers were often higher.

Affirming the practice's popularity, the Senate rejected an amendment by Sen. Mike Braun, R-Ind., to strip the earmarks. Braun said they encompassed 367 pages that weighed five pounds and showed “the swamp is rising again.” The amendment's defeat by a bipartisan 64-35 margin spoke for itself.

Government agencies have operated under last year's lower spending levels since the new fiscal year began Oct. 1 because, as usual, Congress hadn't approved any bills by then updating those amounts.

Months of talks produced the compromise spending pact this week. With the latest temporary spending measure expiring Friday night, Biden's signature of the $1.5 trillion bill would avert a weekend federal shutdown, which was never going to happen because neither party had reason to spark such a battle.

The Senate sent Biden a separate bill financing agencies through Tuesday in case it takes time to complete the required reprinting and proofreading of the lengthy measure. Biden signed that measure on Friday.

A lot has happened since Oct. 1, much of it challenging for Democrats. Biden's polling numbers have sunk, high inflation has persisted and gasoline prices have jumped. Omicron's fade has left voters impatient to end pandemic restrictions, Biden's marquee social and environment bill has crashed and Russia has invaded Ukraine.

With that election-year backdrop, Democrats saw the $1.5 trillion package as their chance to claim wins.

Currently controlling both the White House and Congress, Democrats could lose their narrow House and Senate majorities in November’s midterm elections, meaning this could be the peak of their ability to win policy priorities for years. Before last year, the last time they controlled both branches was in 2010.

The largesse has been enabled, in part, by both parties' relaxed attitudes toward gargantuan federal deficits.

Last year's pandemic-fueled shortfall of $2.8 trillion was the second worst ever. It was so high that Biden has suggested that this year's projected $1.8 trillion gap would be an accomplishment because it would be $1 trillion smaller, the biggest reduction ever.