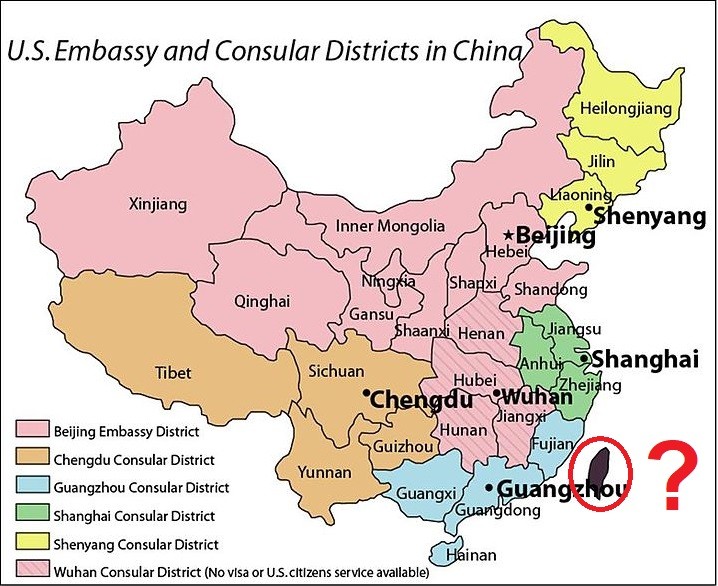 TAIPEI (Taiwan News) — The U.S. Senate on Thursday (March 10) passed a spending bill already approved by the House of Representatives that includes an amendment prohibiting the State Department from purchasing any map depicting Taiwan as part of China.

On Wednesday evening, the House of Representatives passed a US$1.5 trillion omnibus spending bill that will keep the federal government open and deliver US$13.6 billion in aid to Ukraine and other Eastern European nations, with the defense section of the legislation passing with 361 votes to 69 and the domestic spending segment passing with 260-171. On Thursday evening, the Senate also passed the bill with a vote of 68-31, and it now awaits President Joe Biden's signature to become law.

The legislation states that "None of the funds made available by this Act should be used to create, procure, or display any map that inaccurately depicts the territory and social and economic system of Taiwan and the islands or island groups administered by Taiwan authorities." In his floor statement when the bill was introduced in July 2021, Tiffany described the amendment as a "common-sense measure" given that "we all know that Taiwan has never been part of communist China."

The congressman blasted the "one China" policy followed by the U.S. since the 1970s as "Beijing’s bogus argument that Taiwan is part of communist China." Tiffany described the policy as "dishonest" and called for it to be abandoned.

The bill also included US$32.58 million in funding for the U.S. de facto embassy in Taiwan, the American Institute in Taiwan. The omnibus package will be taken up by the Senate, and a representative from Tiffany's office told Taiwan News that the Senate may approve the bill "before the end of this week."