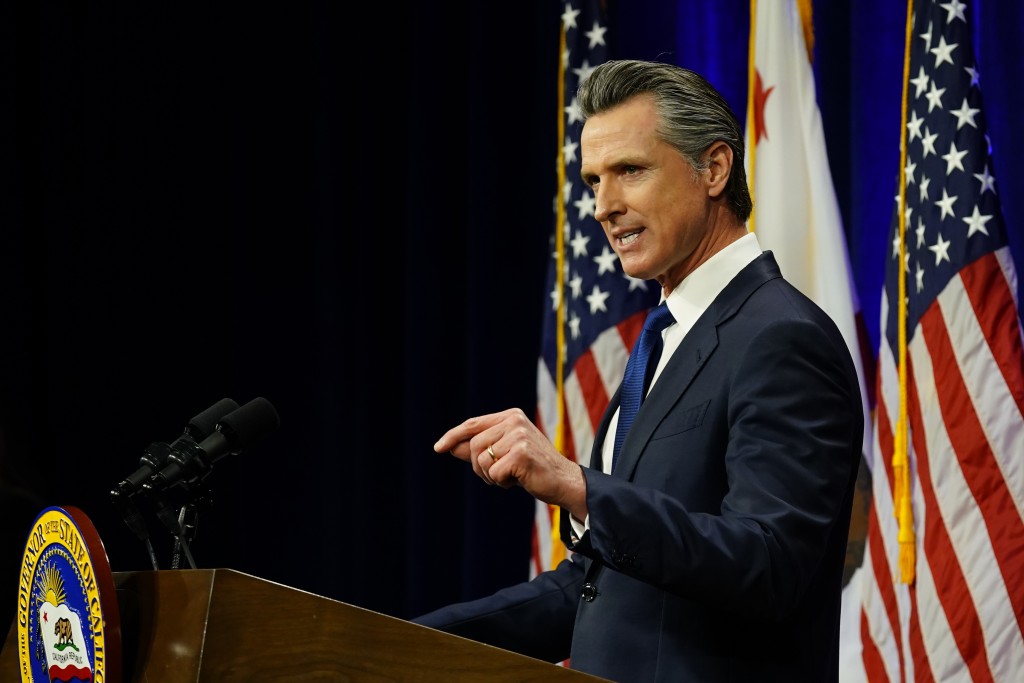 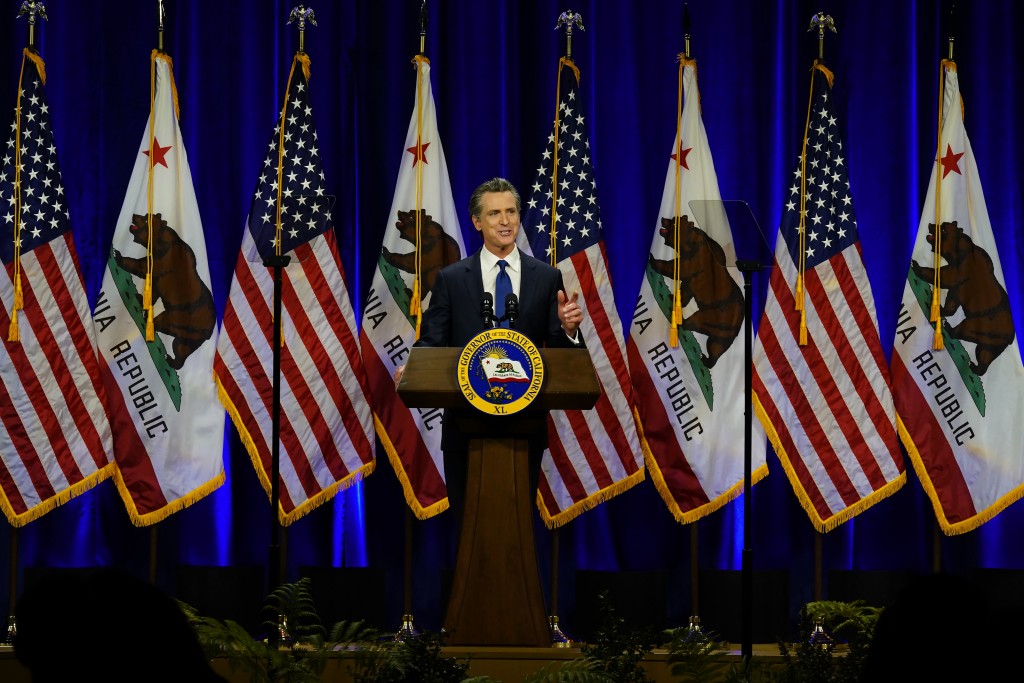 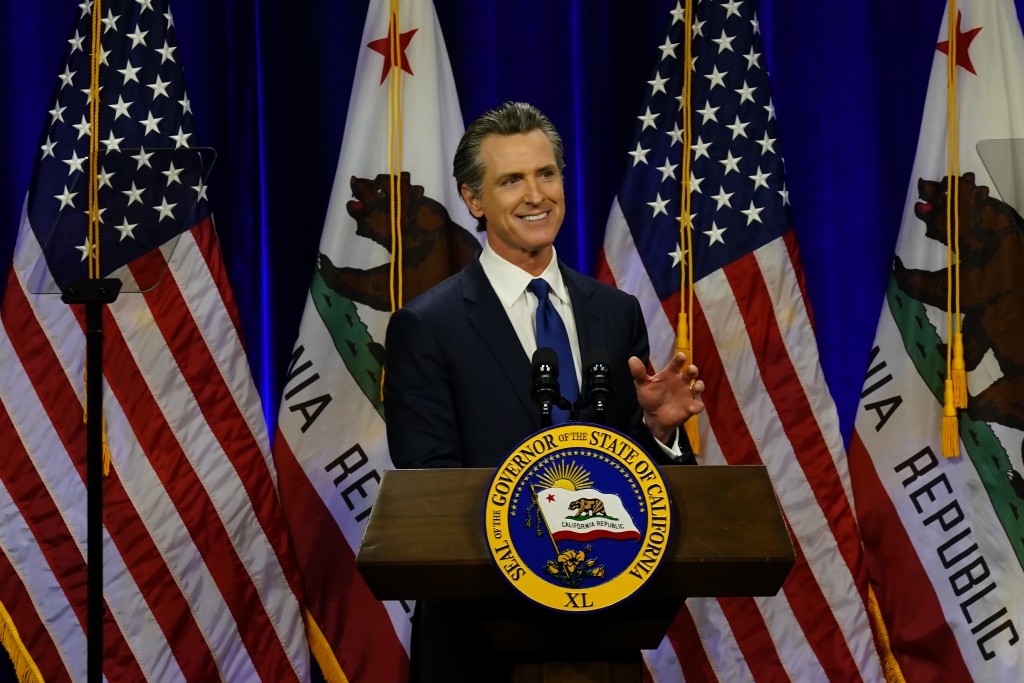 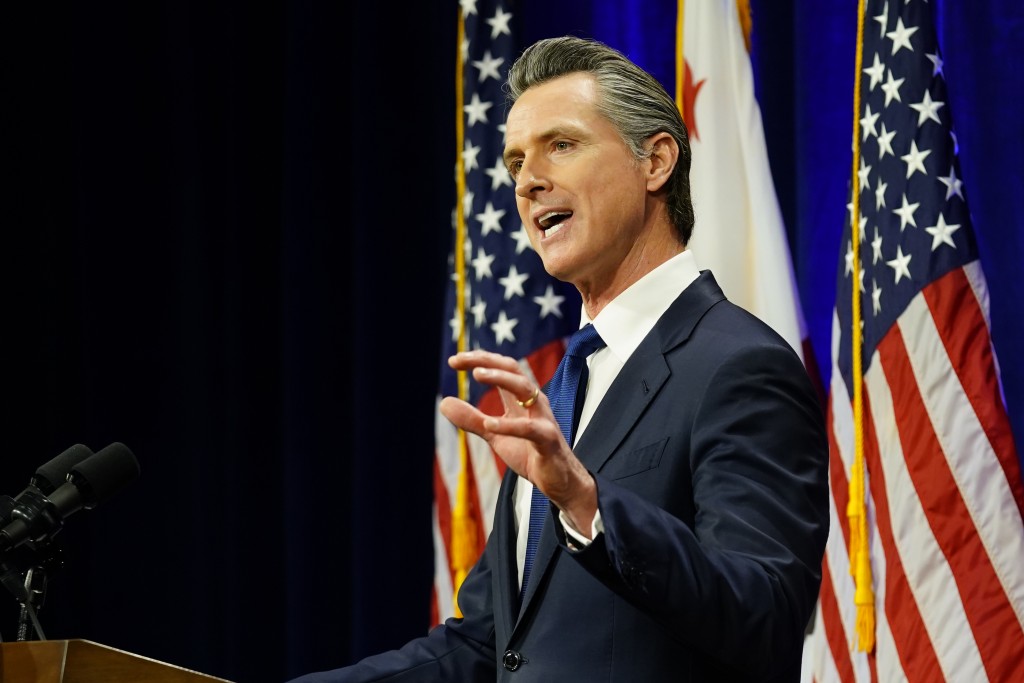 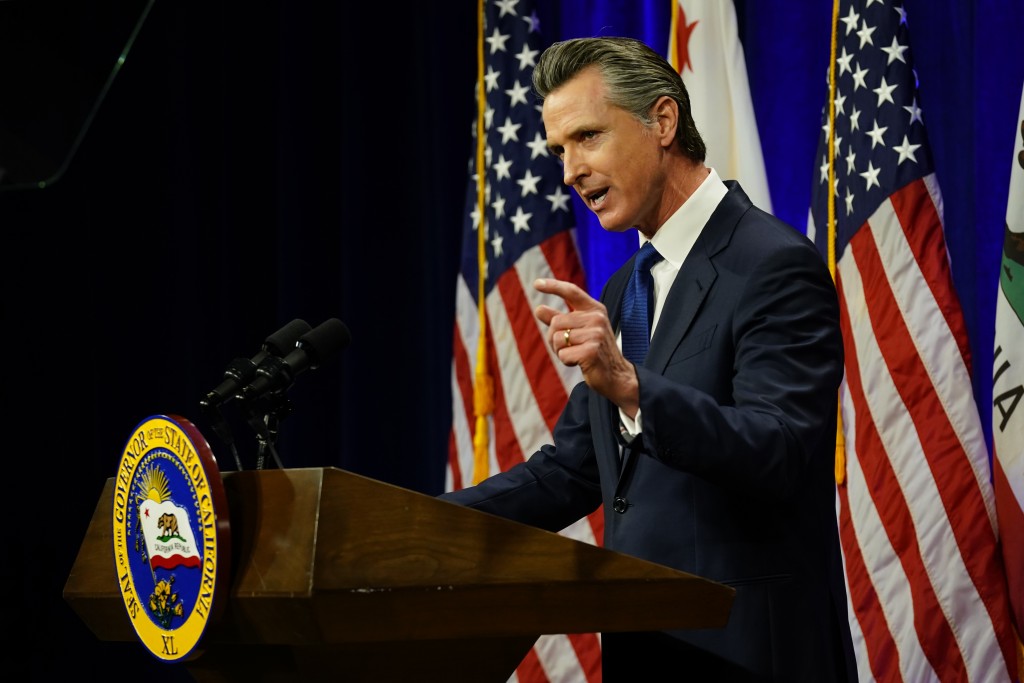 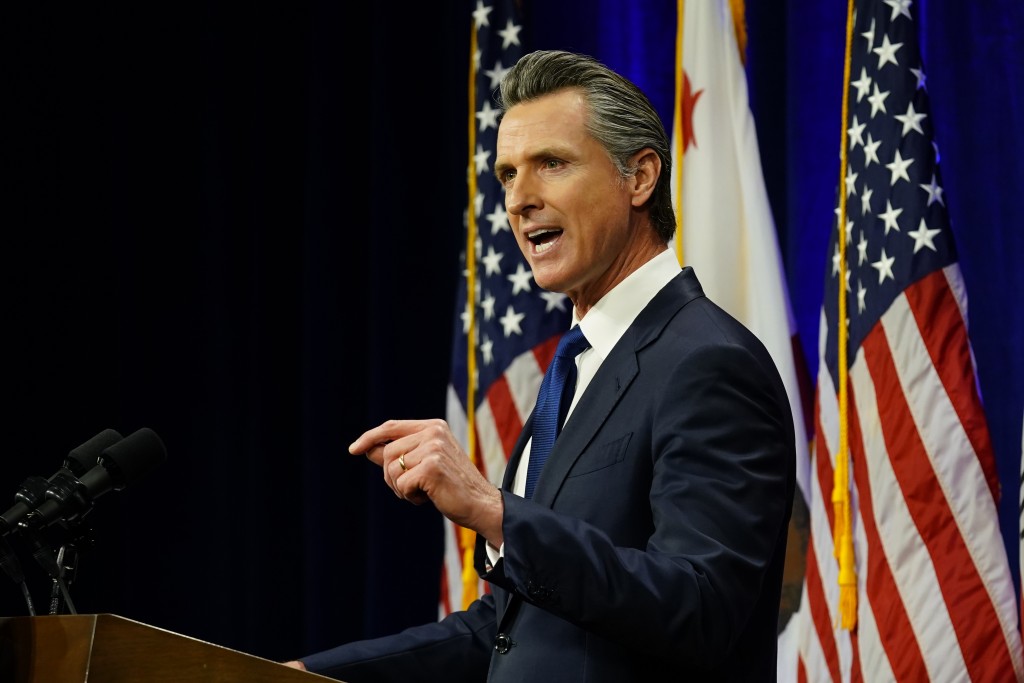 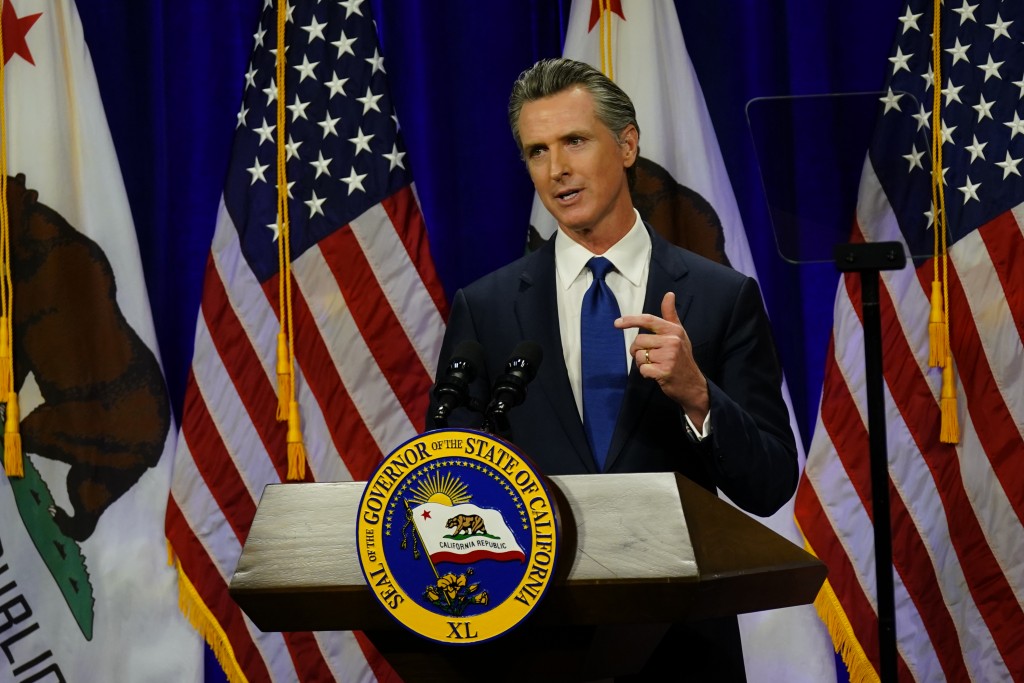 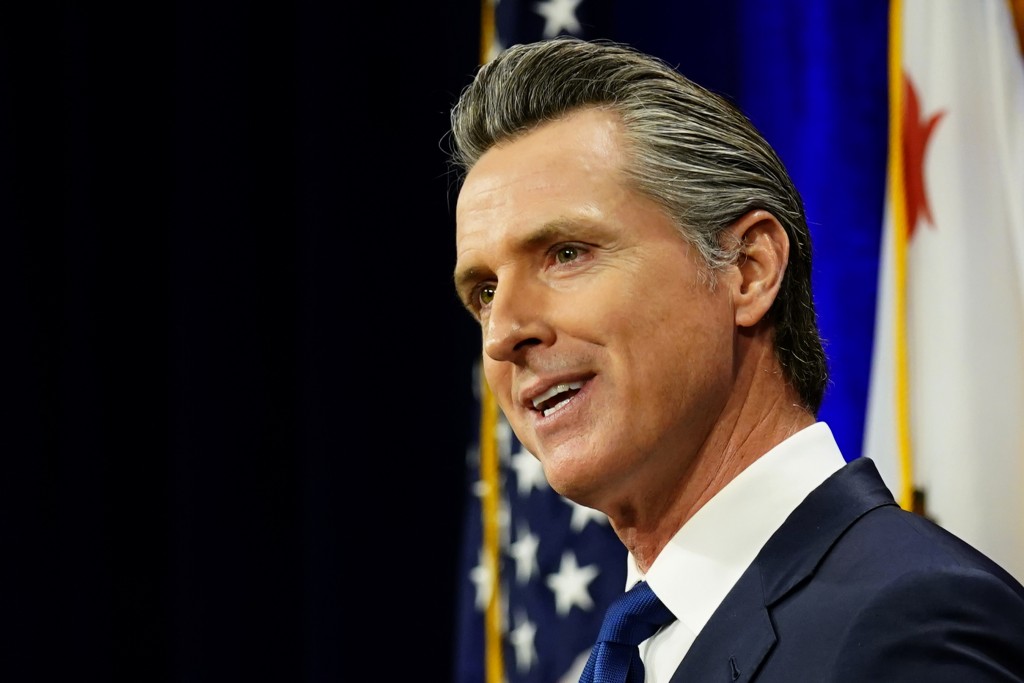 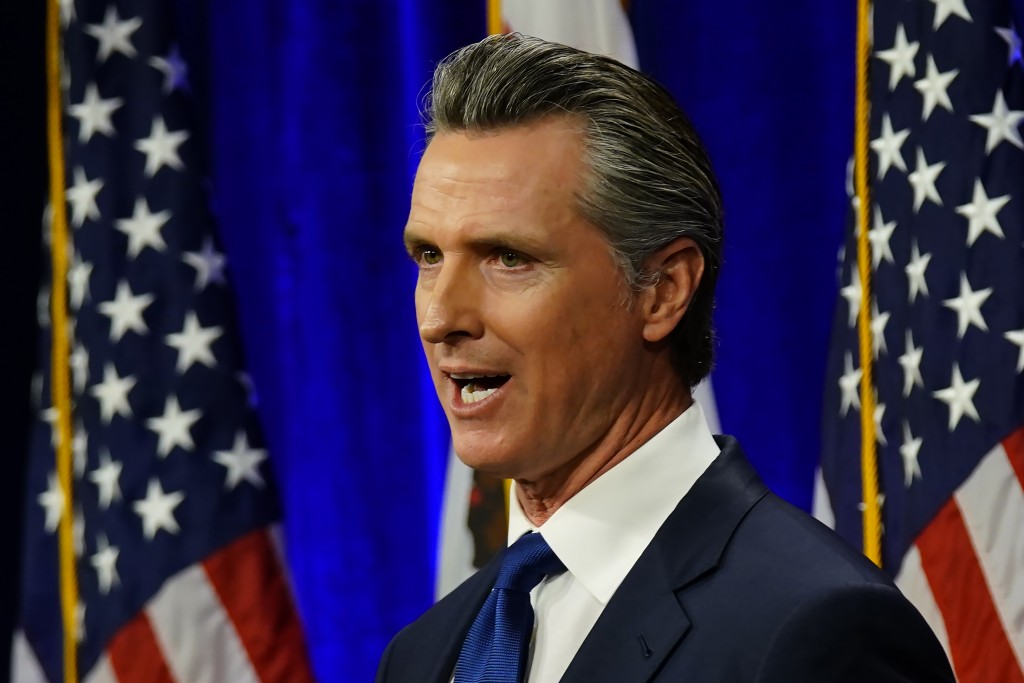 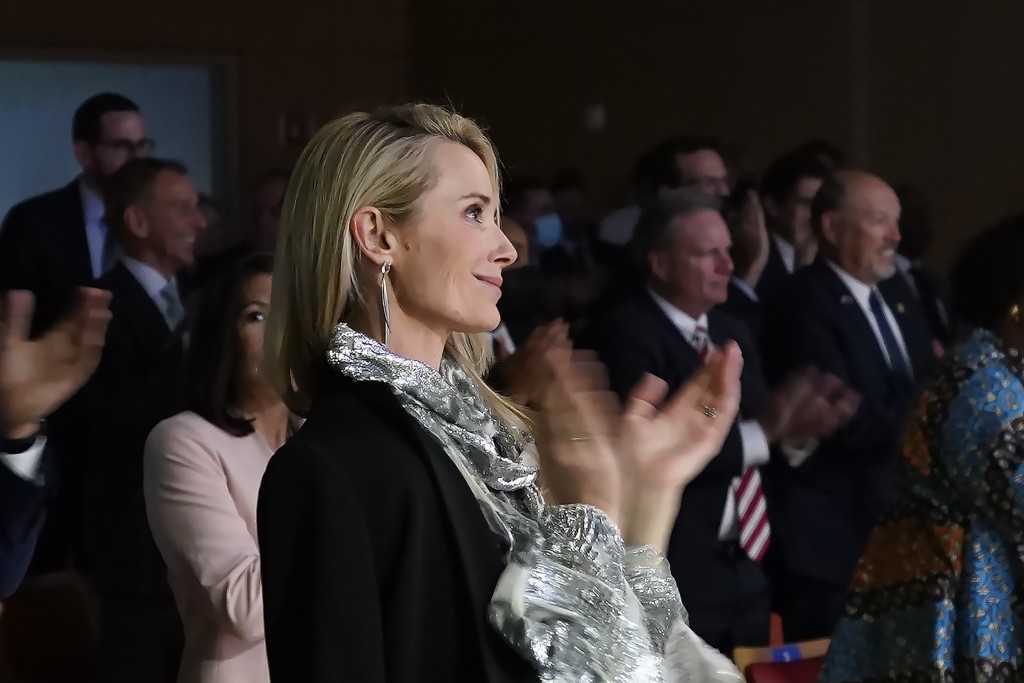 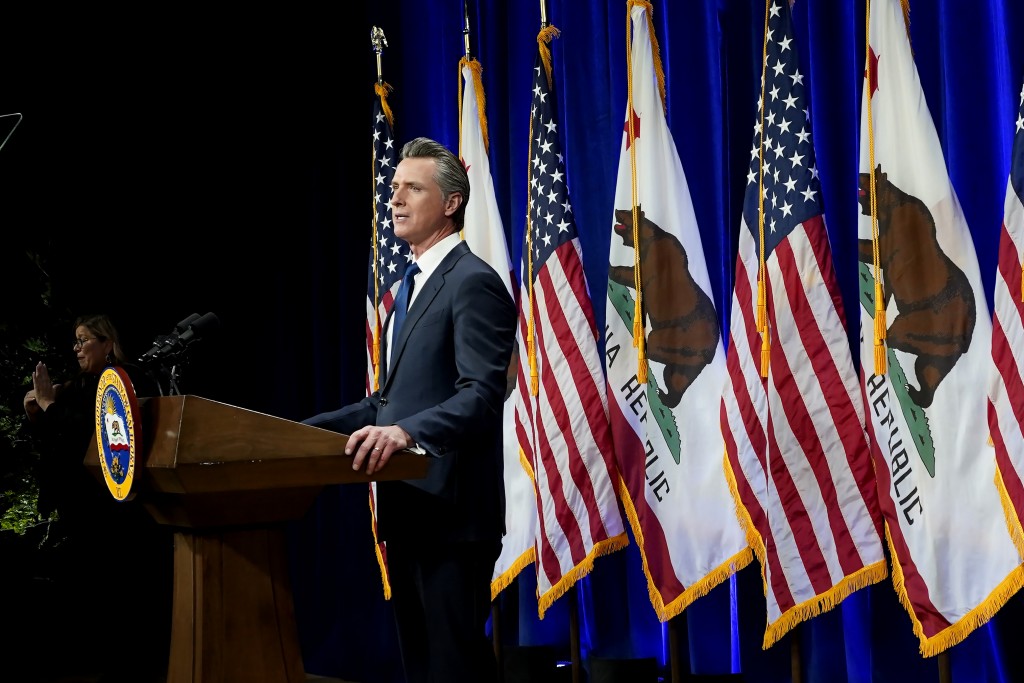 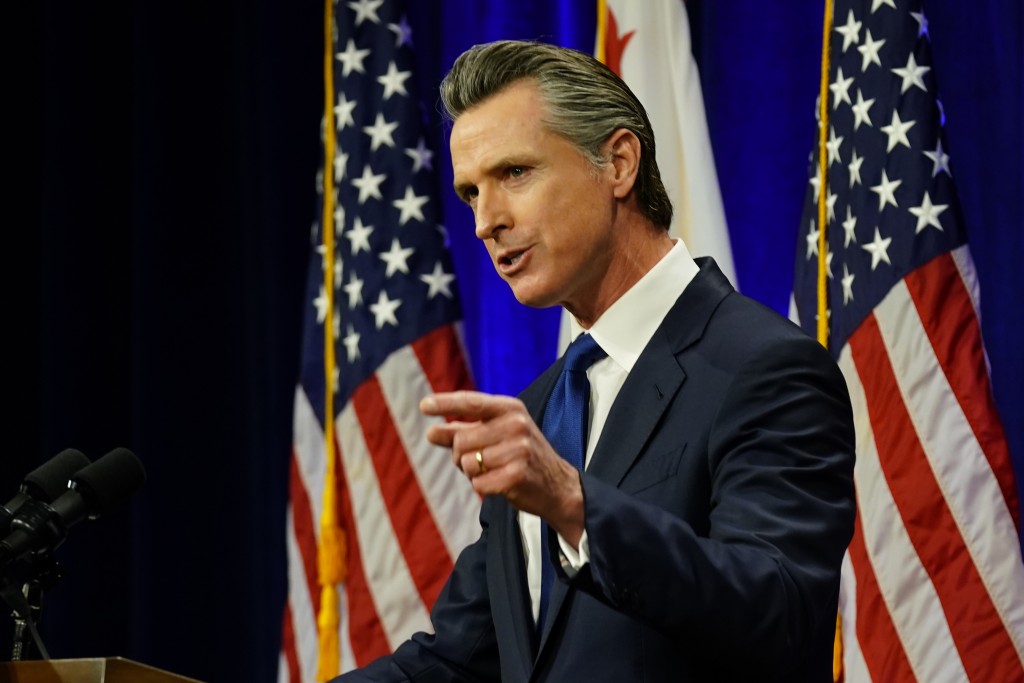 SACRAMENTO, Calif. (AP) — California Gov. Gavin Newsom proposed sending money back to taxpayers to offset record-high gas prices but rejected calls to increase oil drilling, saying he wants to free the state “once and for all from the grasp of petro-dictators.”

The average price for a gallon of gas in California is the nation's highest at $5.44, according to AAA — a number that is likely to increase after President Joe Biden banned Russian oil imports on Tuesday in response to the country's invasion of Ukraine.

Newsom's proposal, announced during his annual State of the State address, would likely come in the form of a tax rebate. But the governor gave no specifics, saying he will work with legislative leaders “to put money back in the pockets of Californians to address rising gas prices.”

Dee Dee Myers, Newsom's senior adviser, told reporters one option is to send the rebate to California residents who have a car, including people who are living in the country illegally. The money could go out as soon as this spring, pending legislative approval.

In a wide-ranging address, Newsom also warned that authoritarianism isn’t just rising overseas, using his election-year speech to offer “a California Way” as the antidote to what he called the “agents of a national anger machine.”

Newsom, a Democrat who handily beat back a mid-term recall campaign last year, also touted his administration’s progress on homelessness, the economy, education and climate change in a speech to assembled lawmakers in an auditorium near the state Capitol. By contrast, last year’s speech — given mid-pandemic — was delivered outdoors in an empty Dodger Stadium, which was being used as a mass-testing site.

This year, coronavirus case numbers and hospitalizations are plummeting and the nation's attention is drawn to the Russian invasion of Ukraine and the accompanying spiraling gas prices. Republicans nationally and in California want to see the Biden administration increase drilling. Newsom rejected that call.

“We need to be fighting polluters, not bolstering them,” Newsom said. “And in the process of so doing, freeing us once and for all from the grasp of petro-dictators.”

As he did throughout the speech, Newsom offered “California’s leadership” as the alternative, calling clean energy “this generation’s greatest economic opportunity.”

California is one of the nation's most oil-rich states and Republicans, who are a small minority in the Legislature and hold no statewide offices, see high gas prices as an election year issue they can exploit. California taxes gasoline at 51.1 cents per gallon, second only to Pennsylvania, according to the Federation of Tax Administrators.

Newsom has additionally proposed pausing a slight increase in the state gas tax scheduled to take effect this summer. But Democratic leaders in the Legislature have balked at that proposal, arguing it would make it harder to maintain the state’s roads while only providing barely noticeable relief at the pump.

Assembly Republican Leader James Gallagher said Republicans, while critical of Newsom in other areas, can work with him on the tax rebate.

“If we have nearly a $60 billion surplus in the state, it means that people are overtaxed and we should be giving the voters and citizens of this state back some of their money, especially in the trying times that we're in when the cost of living is through the roof,” Gallagher said.

The governor otherwise has been pushing to wean California, famous for its car culture, from the internal combustion engine.

Newsom has ordered the state to ban the sale of new gas-powered cars by 2035 and halt all in-state oil drilling by 2045.

The Newsom administration has issued 632 oil drilling permits in 2021 and so far this year, but about 300 of them have not been used yet, according to the governor's office.

Newsom punched back at Republicans blaming Democratic policies for rising crime. He said California is funding increased crime-fighting efforts but will not “revert to heavy-handed policies that have marked the failures of the past.”

Newsom began and ended his speech as if addressing a national audience as he decried developments elsewhere while promoting California’s efforts at “finding new solutions to big problems.” Democracy is in danger, Newsom warned.

“While we might not have strongmen literally waging war in our country, we are plagued by agents of a national anger machine, fueling division, weaponizing grievance,” he said. “Powerful forces and loud voices — stoking fear and seeking to divide us, weakening the institutions of our democracy.”

He offered as an alternative California’s history of “expanding the horizon of what’s possible.”

He said governments’ goals should include promoting the private sector, encouraging diversity and “unifying toward common purpose.”

Polls routinely show homelessness as one of the most pressing issue for California voters. The state has the largest homeless population in the nation and Newsom has budgeted a record $12 billion for various programs and initiatives but encampments still proliferate.

In his speech, Newsom touted his plan unveiled last week to create new Care Courts in each county that could force those with mental health issues off the street and into treatment.

But Gallagher, the GOP leader, said Newsom has already spent billions of dollars to fight homelessness, "and the problem has gotten worse. You can’t just show up and do some cleanups with the camera around and another photo op and say, ‘Mission accomplished.’ That’s not working.”