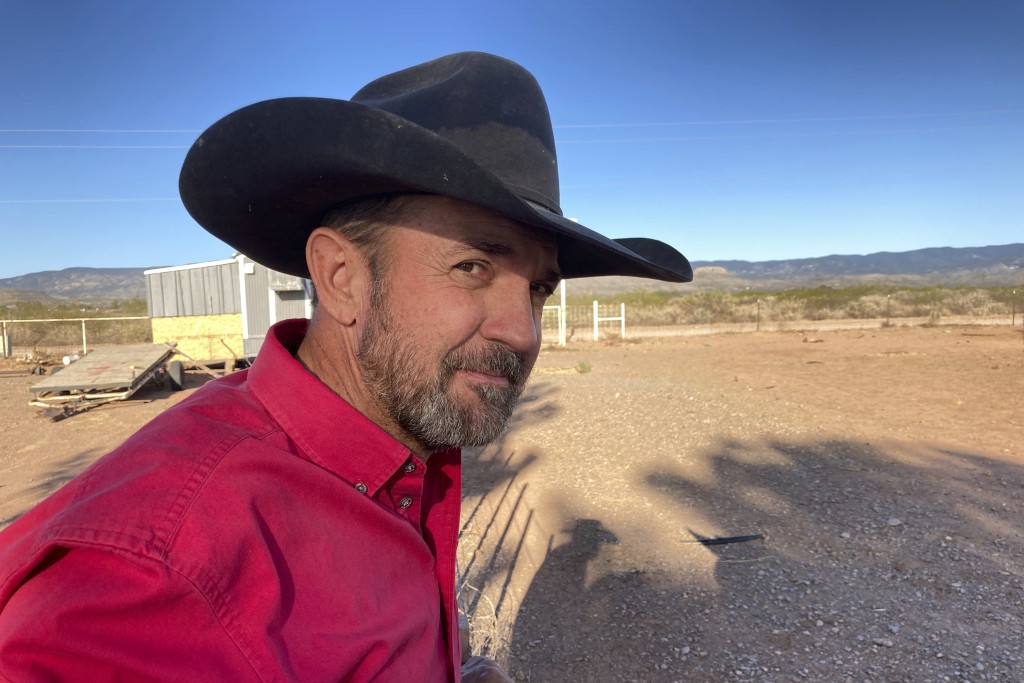 As a crucial registration deadline passed, Griffin said he has lost faith in the political system as an avenue for change as his four-year term draws to an end — though he plans to continue with public speaking engagements and will advocate for local and statewide Republican candidates.

“It's just my faith in the political system is pretty much nonexistent right now," said Griffin, a Republican. “I’ve done all I can over the course of the last three years ... And I’ve just been attacked every time I turn around.”

He added: “It’s not my desire, I should say, to remain in politics. But who knows what the future holds.”

The first-term county commissioner said his decision to sit out the election was not tied to misdemeanor criminal charges he faces in federal court stemming from the Jan. 6, 2021, insurrection at the U.S. Capitol, with a trial scheduled in late March.

Griffin appeared on an outdoor terrace of the Capitol and tried to lead the crowd in prayer. He denies allegations that he knowingly entered barricaded areas of the Capitol grounds with the intent of disrupting government as Congress certified the 2020 Electoral College results.

Griffin is also at the center of a yearslong legal battle with New Mexico election regulators about Cowboys for Trump and whether it must register as a political organization.

In January, he voted with his county commission to hire a private contractor to review the 2020 presidential election in Otero County.

Griffin on Tuesday endorsed local Republican Party leader Amy Barela in her campaign for the Republican nomination to fill his seat on the three-member Otero County commission, and said he would support anti-abortion activist Ethel Maharg in her Republican bid for governor.

Maharg's request to run on the Republican primary ballot still was pending approval of election regulators on Tuesday.