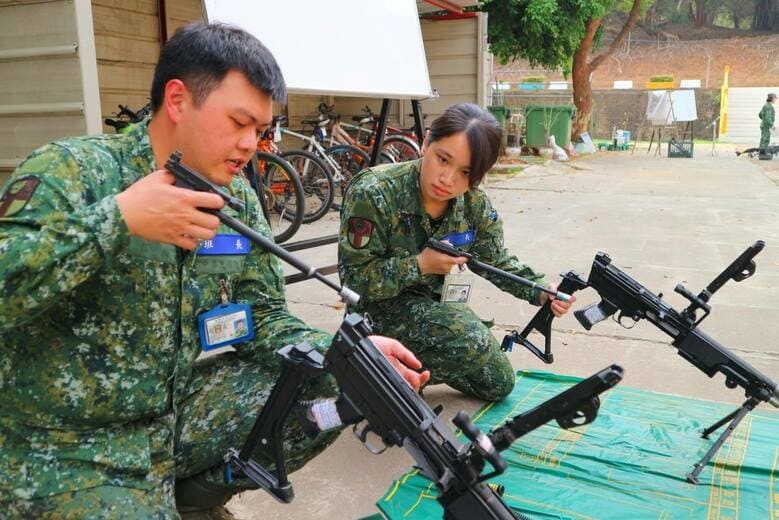 TAIPEI (Taiwan News) — A new poll shows a majority of Taiwanese are both in favor of women joining the country’s compulsory military training and extending the duration of the training period.

According to the results of the latest TVBS News Network poll, 56% of those surveyed support women joining the mandatory military training, while 78% are in favor of extending the military training period, according to a Liberty Times report. Of those who favor extended service, over 80% believe the training should be at least one year.

Minister of Defense Chiu Kuo-cheng (邱國正) said on Tuesday (March 8) that this topic is receiving a lot of attention, adding he is glad to see enthusiasm for defending the country from all members of society. He said his ministry has already set up a task force to research various options and will consider them accordingly.

Russia’s recent invasion of Ukraine has stirred debate about Taiwan’s readiness for a potential attack by China. Robert Tsao (曹興誠), the Taiwan-born Singaporean founder and former chairman of United Microelectronics Corp. (UMC), released a Facebook post on Saturday (March 5) calling for the whole of Taiwan’s population to be trained as reservists.

Meanwhile, national leaders like Legislative Yuan Speaker You Si-kun (游錫堃) have said Taiwanese would fight just as strongly as Ukrainians were an invasion to occur. On Monday (March 7) You recited a poem by patriotic hero Chiang Shao-tsu (姜紹祖), who fought invading Japanese forces in 1895 to illustrate the “Taiwan spirit” that fights to the death.

Last October, Grant Newsham, a retired U.S. Marine Corps colonel who evaluated Taiwan’s defense capabilities in 2019, said that while Taiwan has a solid core of battle-ready troops, its reserve system was in chaos. He suggested Taiwan’s military increase salaries and bilateral training with American and allied forces to bolster its readiness.