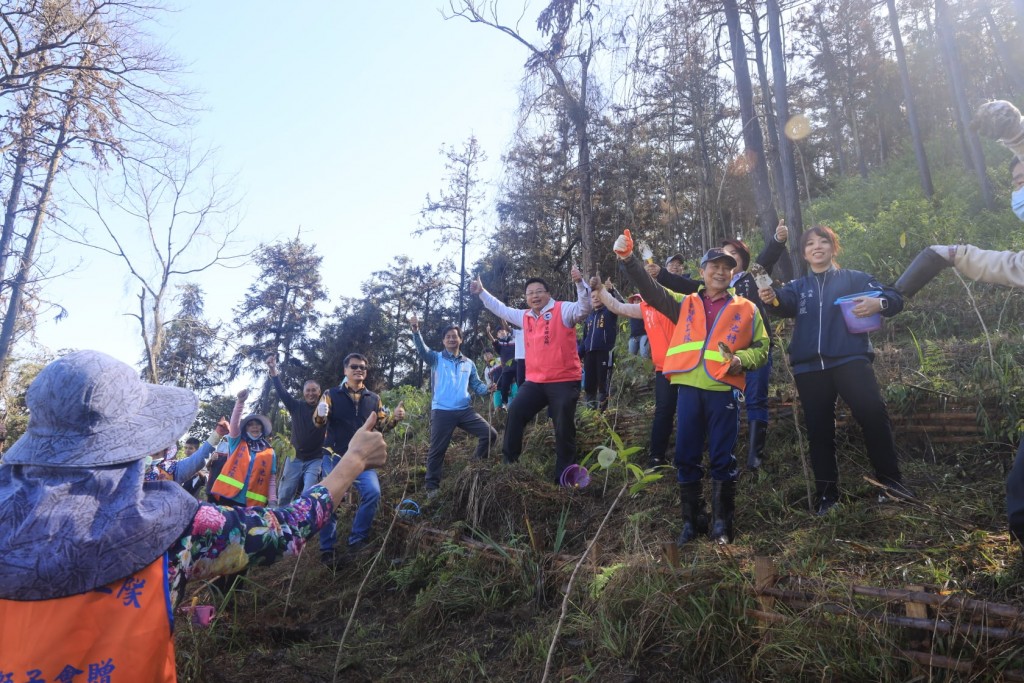 TAIPEI (Taiwan News) — Nearly 100 volunteers joined a campaign to plant trees Tuesday (March 8) in an effort to rehabilitate a part of a forest destroyed by wildfire in Nantou County.

When a wildfire broke out in Yuchi Township last April, authorities had difficulty containing it due to the rugged terrain. As a result, the fire burned down nearly 13 hectares of forest, leaving the soil vulnerable to erosion, the Liberty Times reported.

To avoid further loss of soil, the Forestry Bureau kept water at bay with sandbags, drove piles into the ground, then planted grass seeds. With Arbor Day approaching, Yuchi Township Mayor Liu Chi-fan (劉啟帆) said he had invited the Forestry Bureau as well as local schools and residents to rehabilitate the forest.

“I was truly moved by the scene… The beautiful image we saw today will become one of the most significant memories we hold of our hometown!” Liu wrote on Facebook. “Let’s hope that these saplings will grow to become bushy, big trees and restore Yuchijianshan to its full green glory!”

According to the Liberty Times, Yuchi Township has worked with the Forestry Bureau’s Nantou Forest District Office and plans to give out 2,500 tree saplings for local residents to plant around town on Friday (March 11). The saplings will include cherry blossoms, rhododendron, Aglaia odorata, banana shrubs, sweet osmanthus, and pink poui.

The Liberty Times cited Liu as saying he will also try to get a budget to renovate local trails, pavilions, and signs in order to create a more relaxing environment. 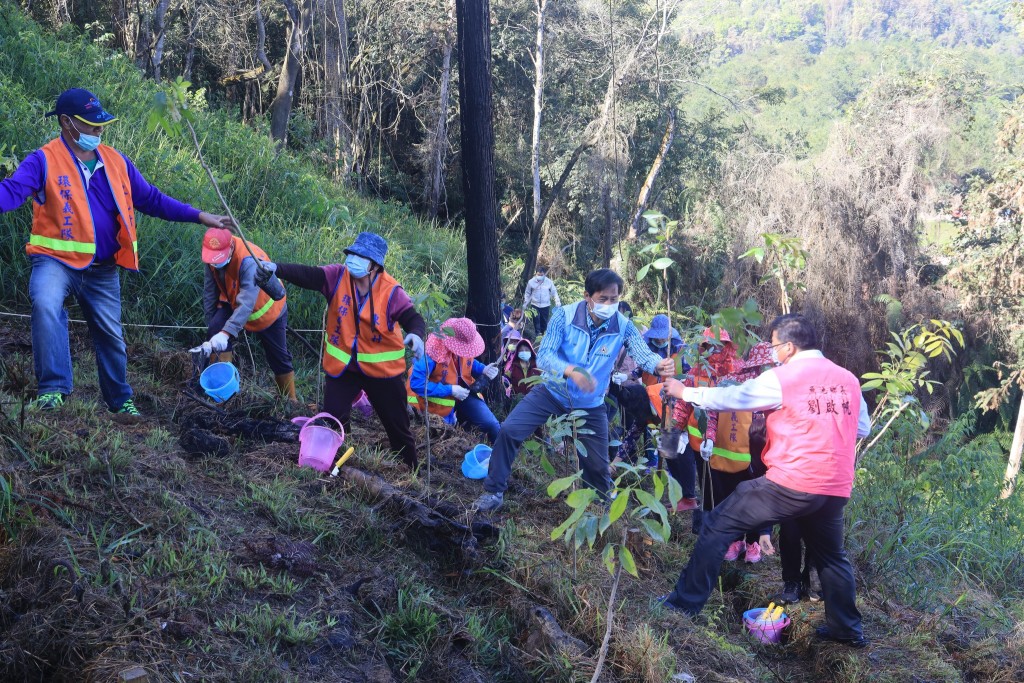 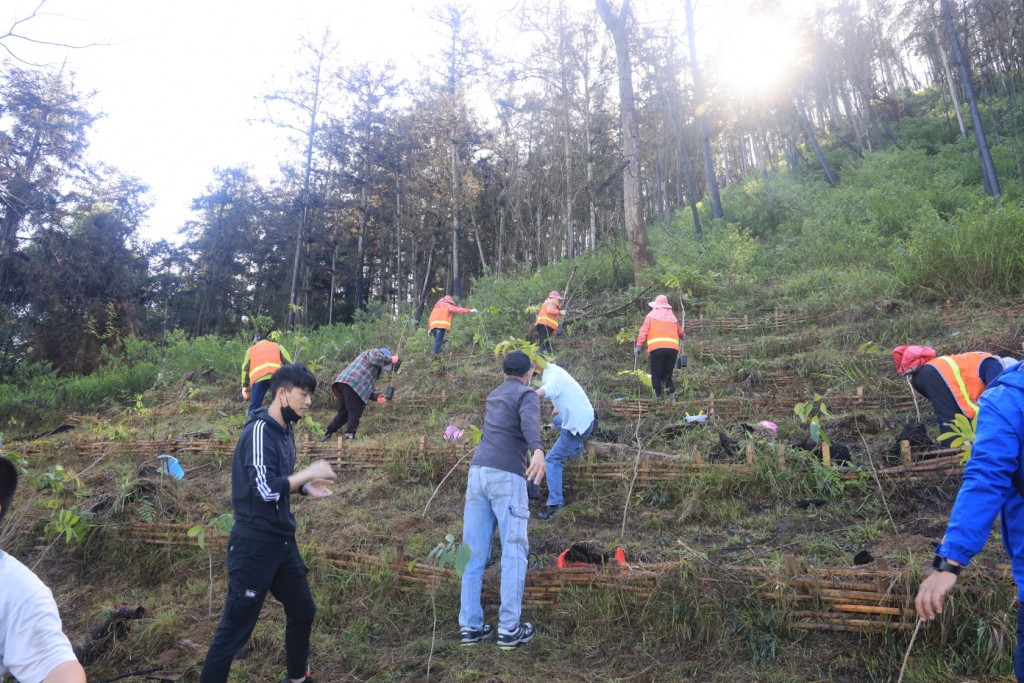