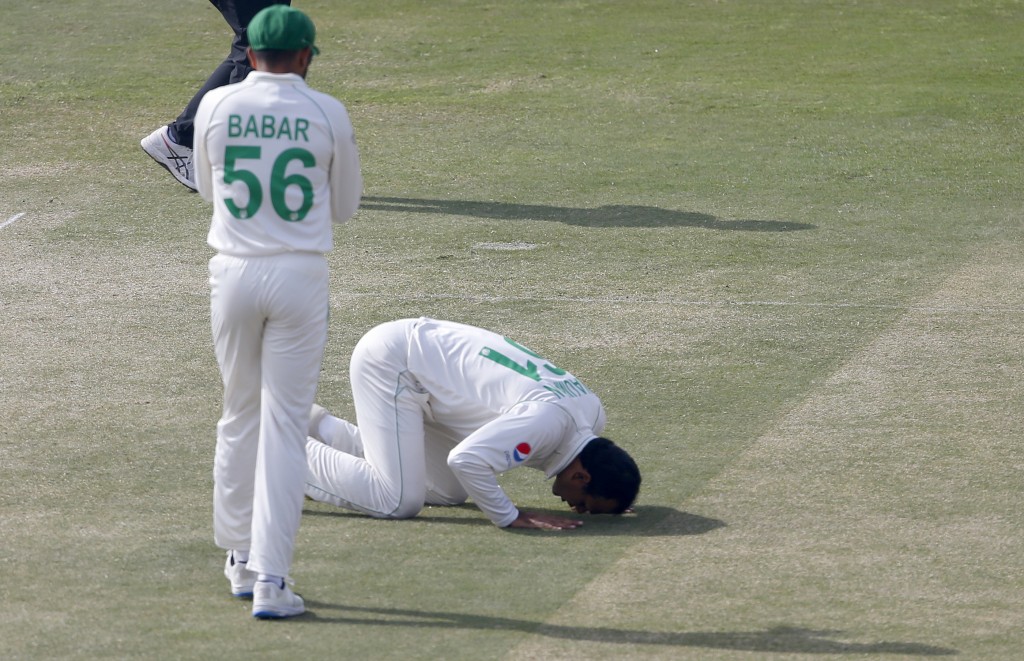 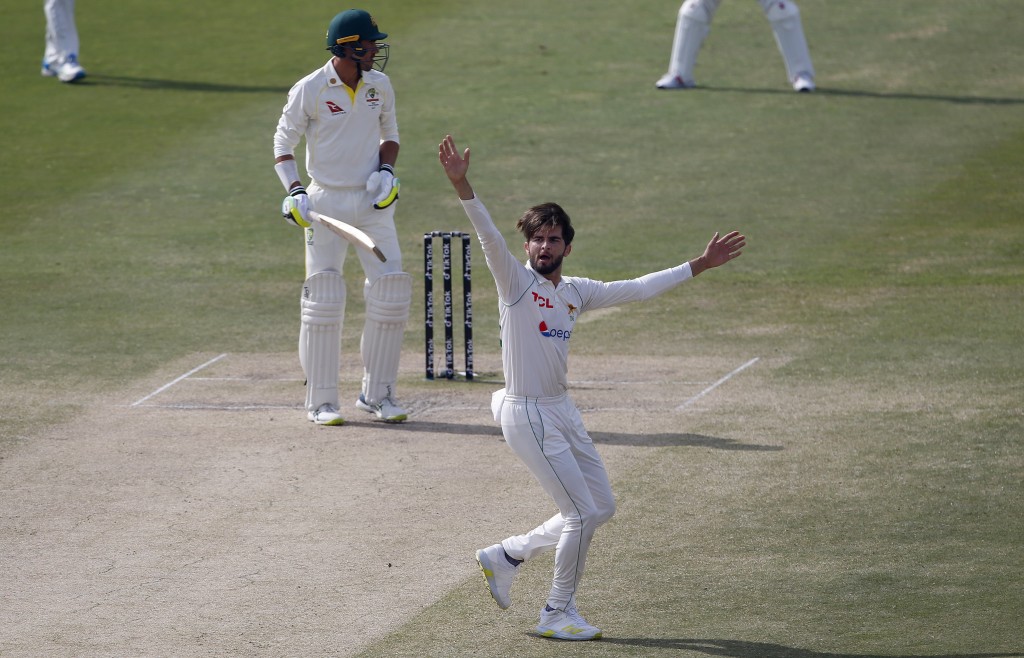 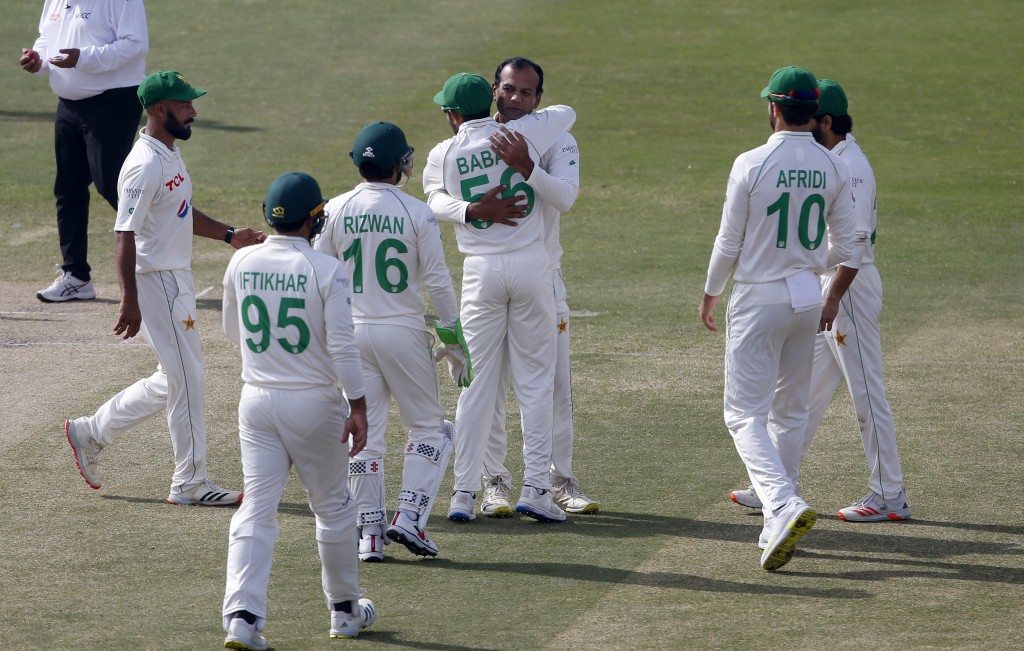 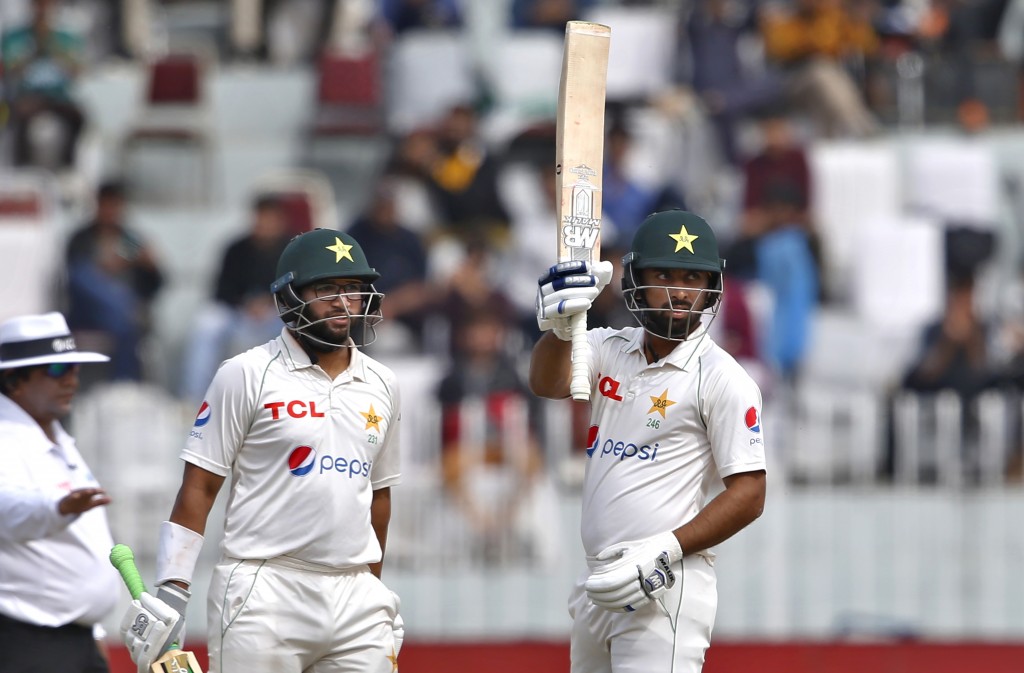 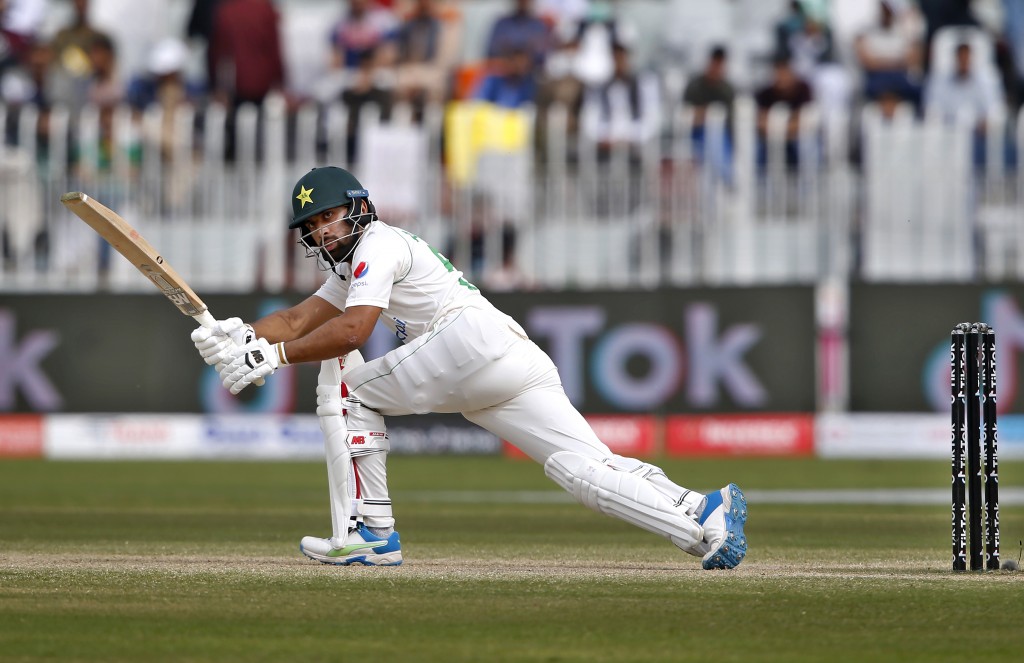 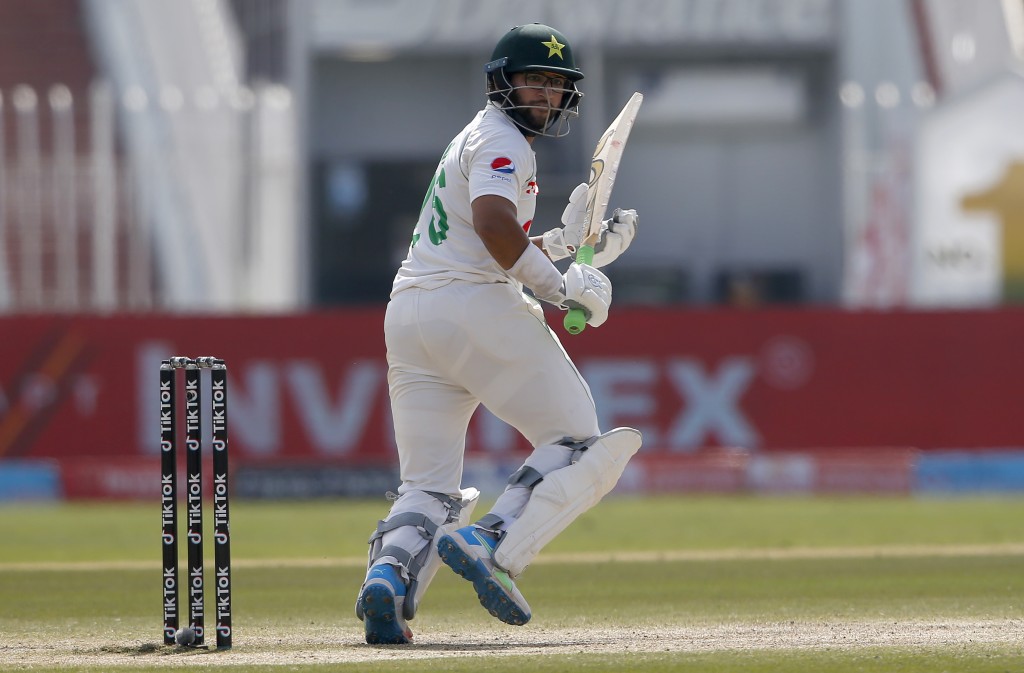 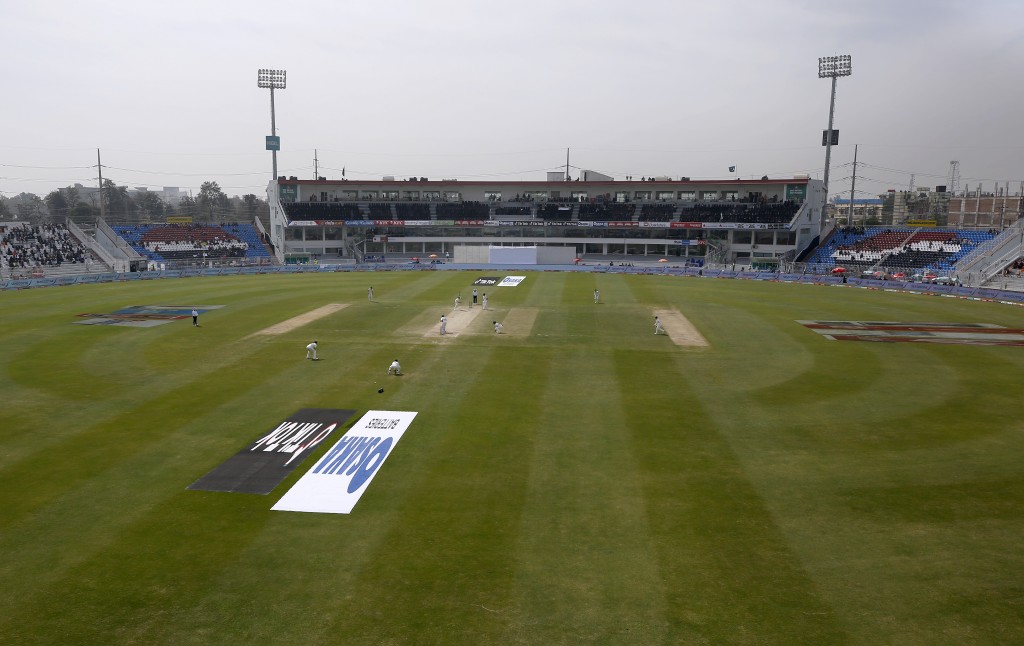 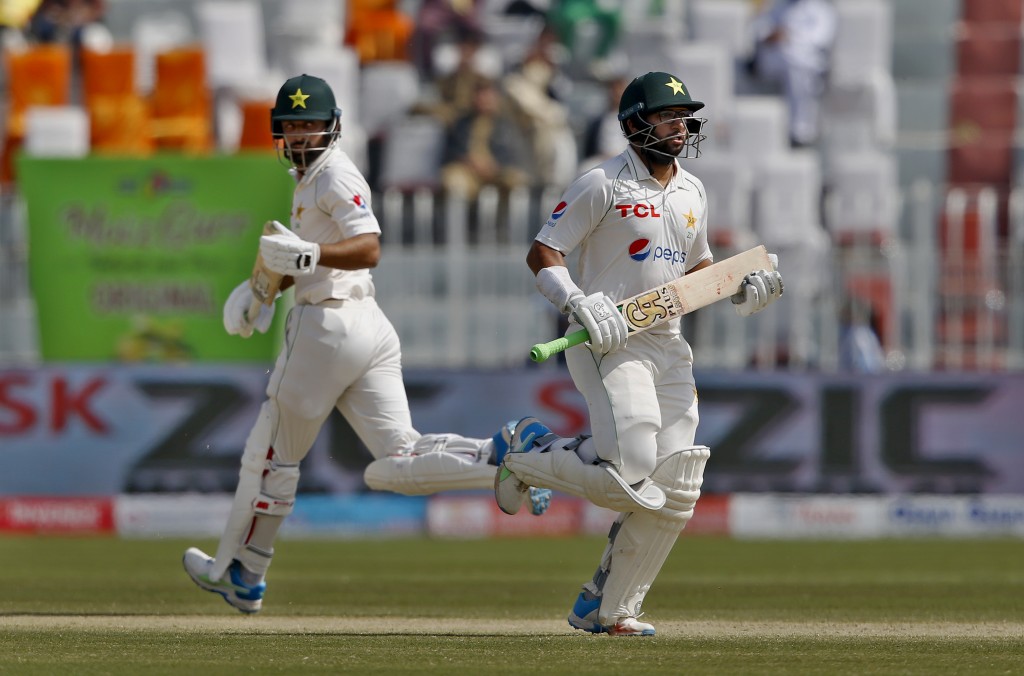 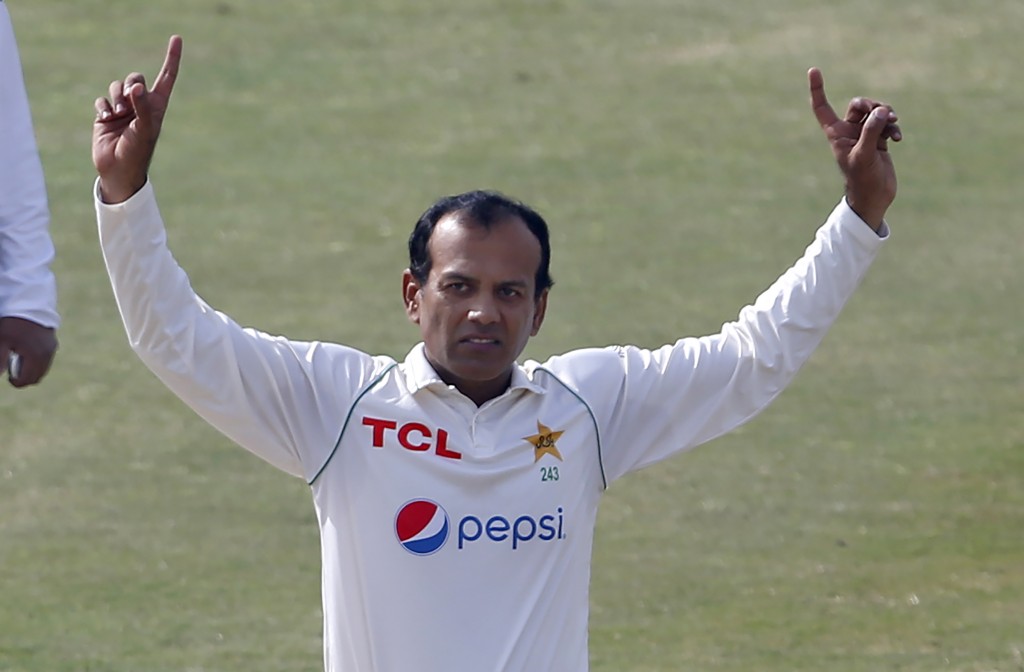 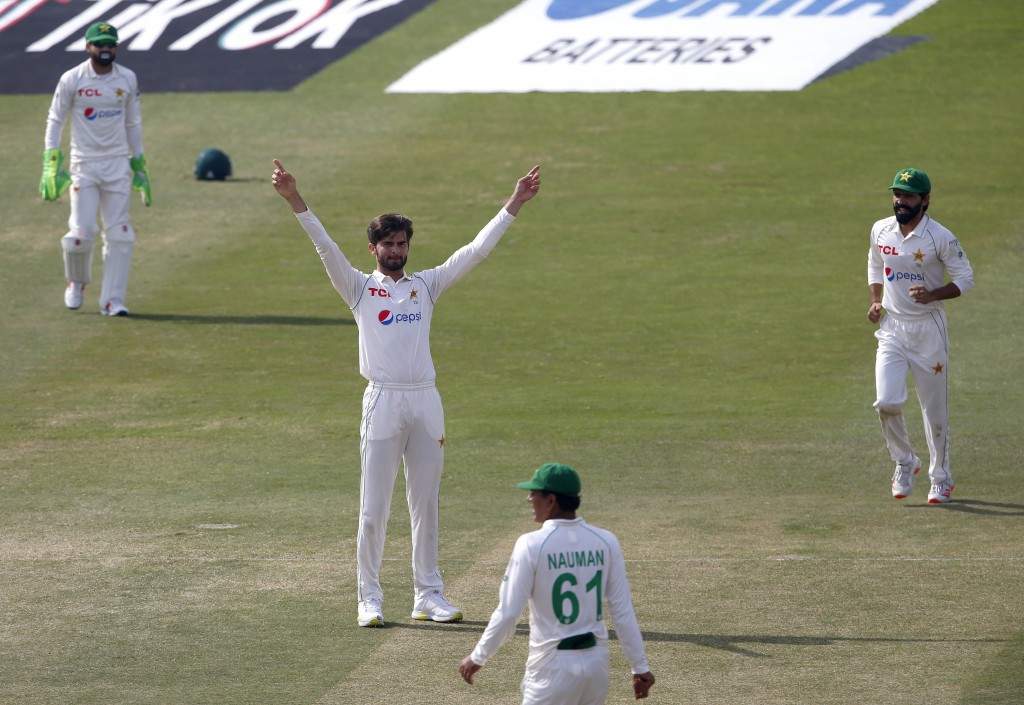 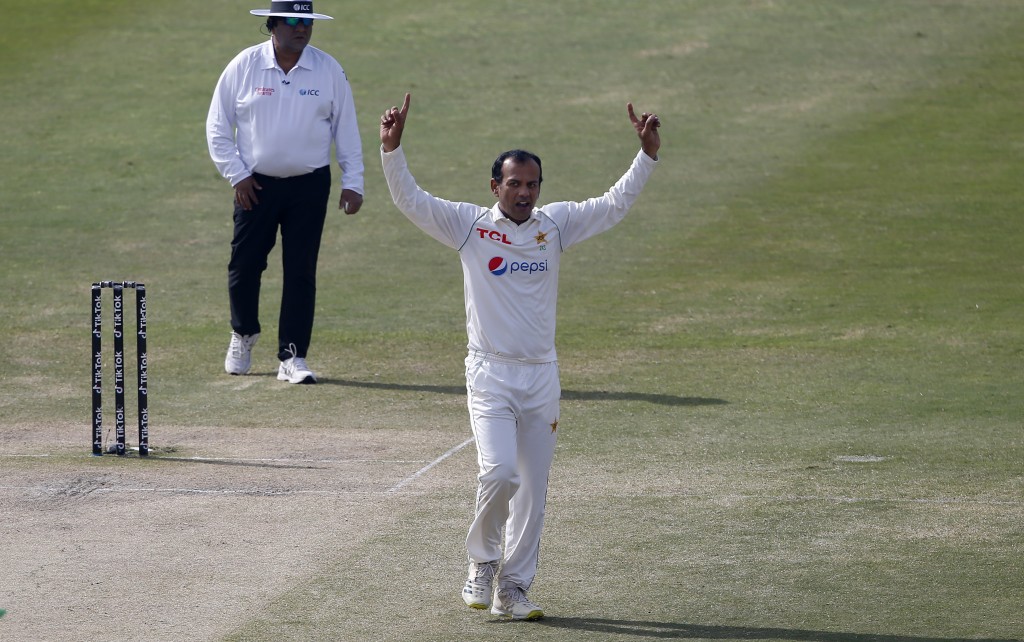 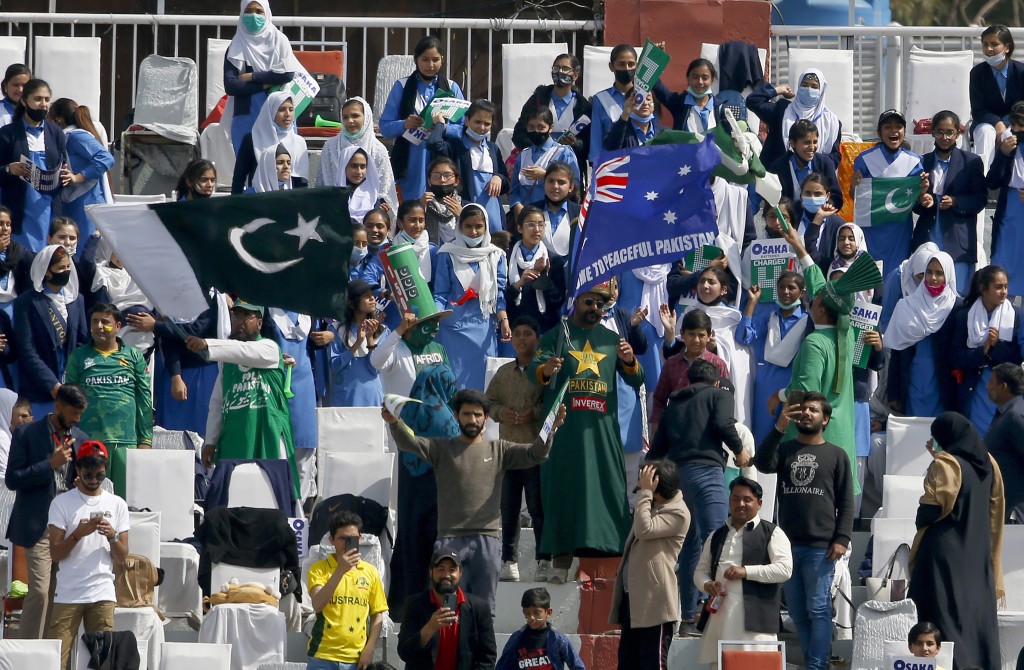 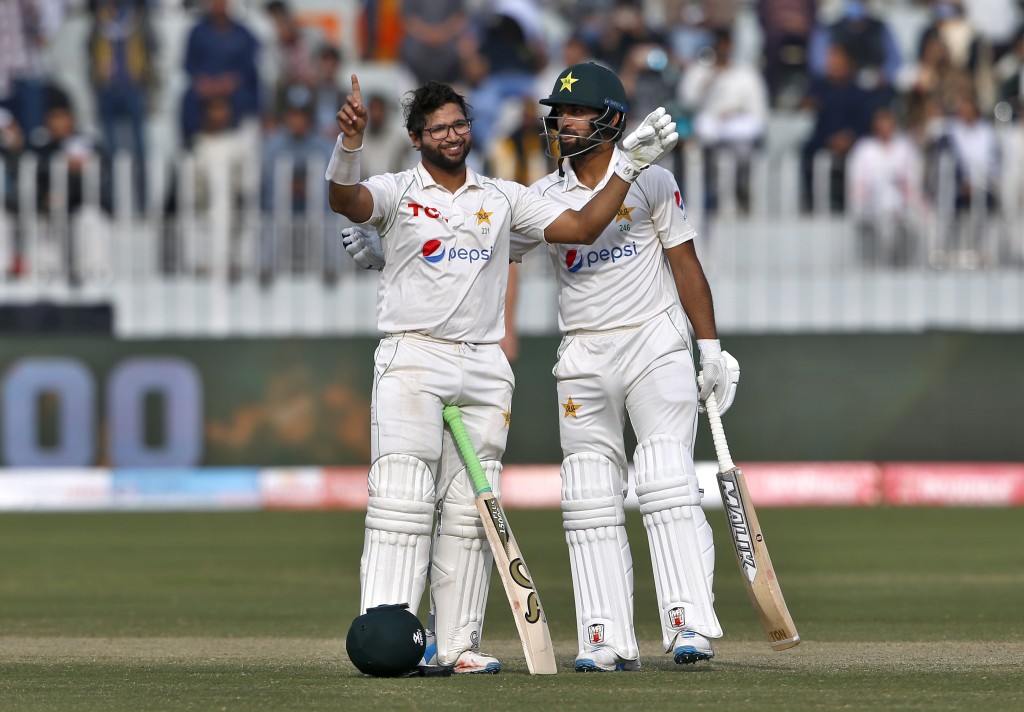 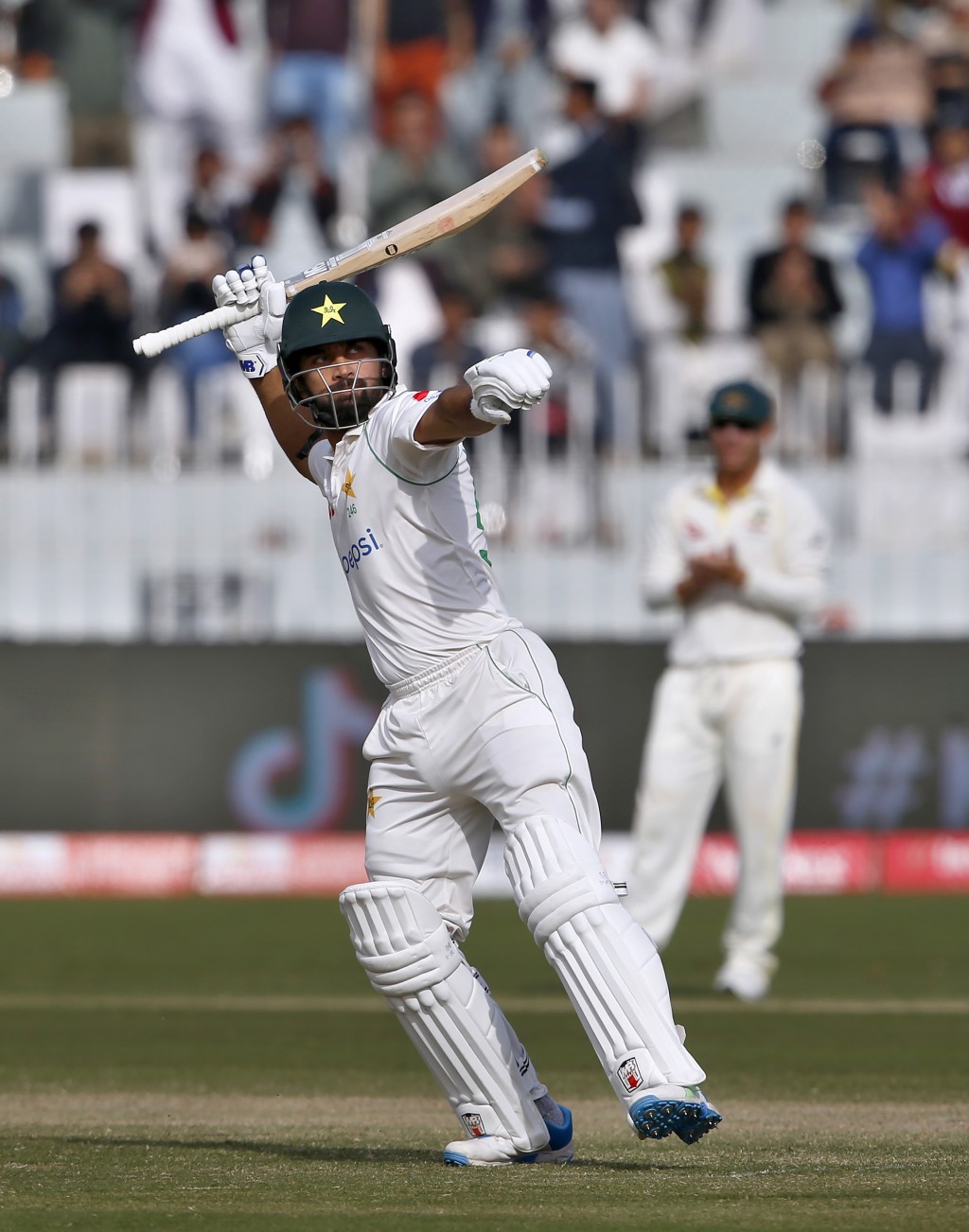 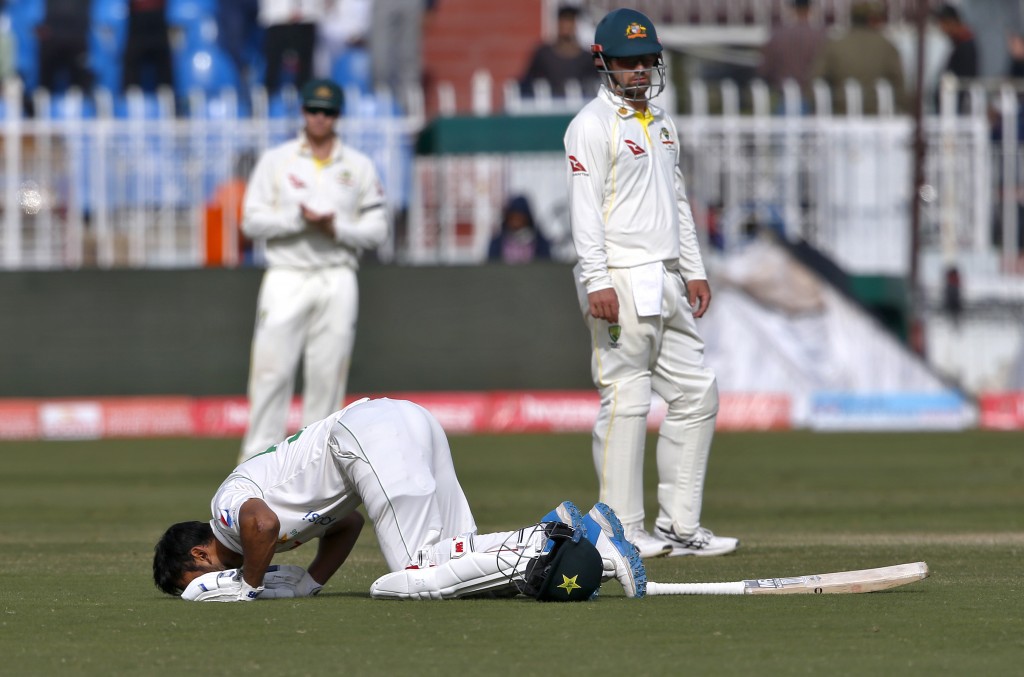 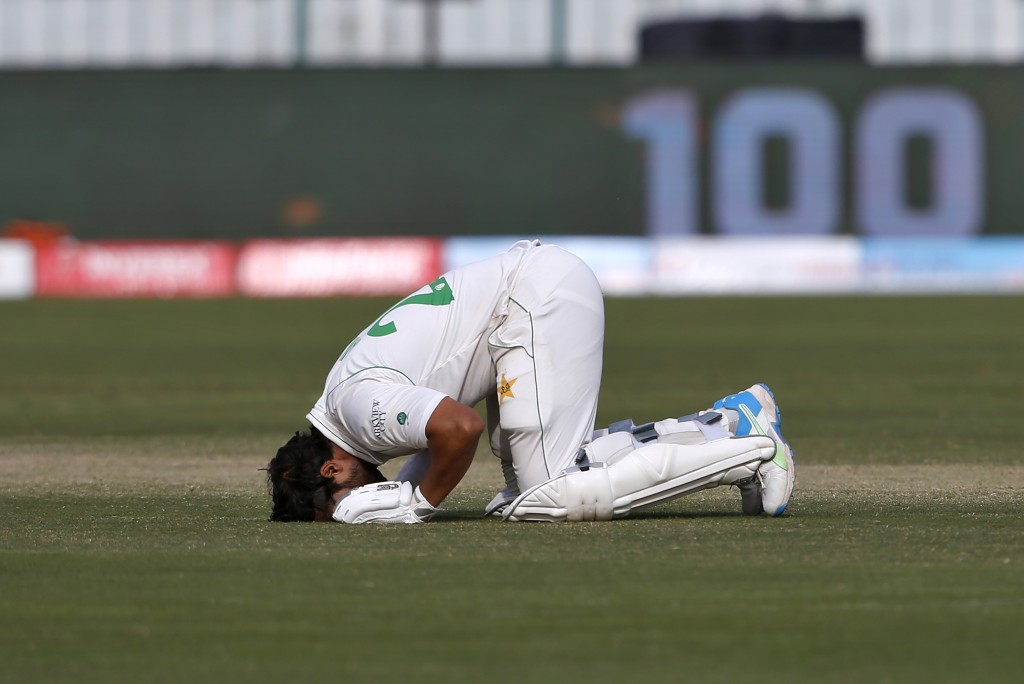 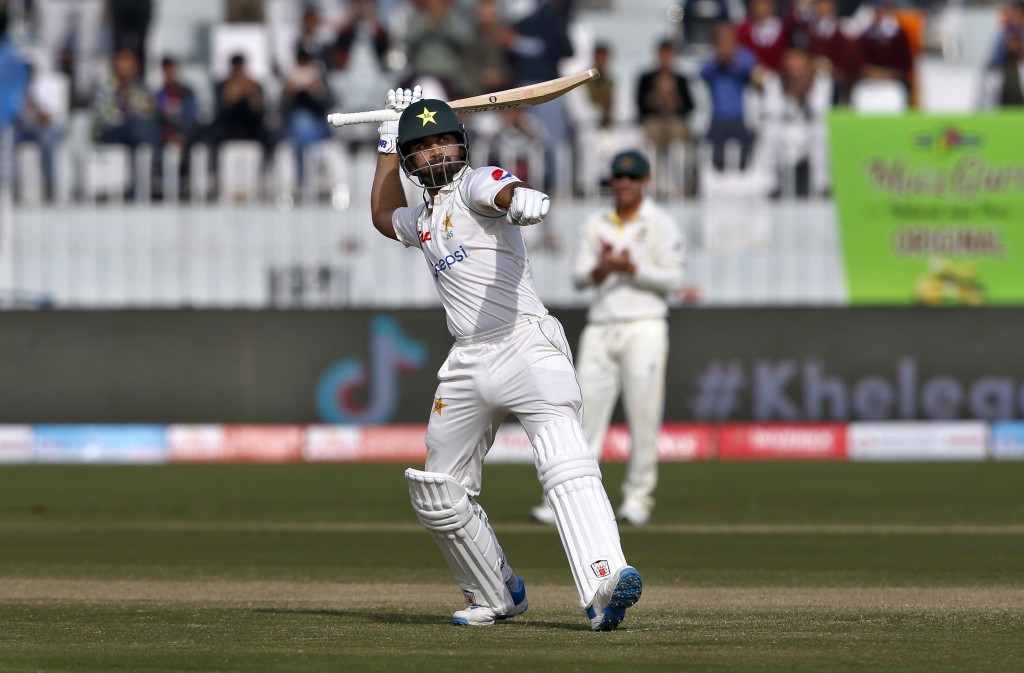 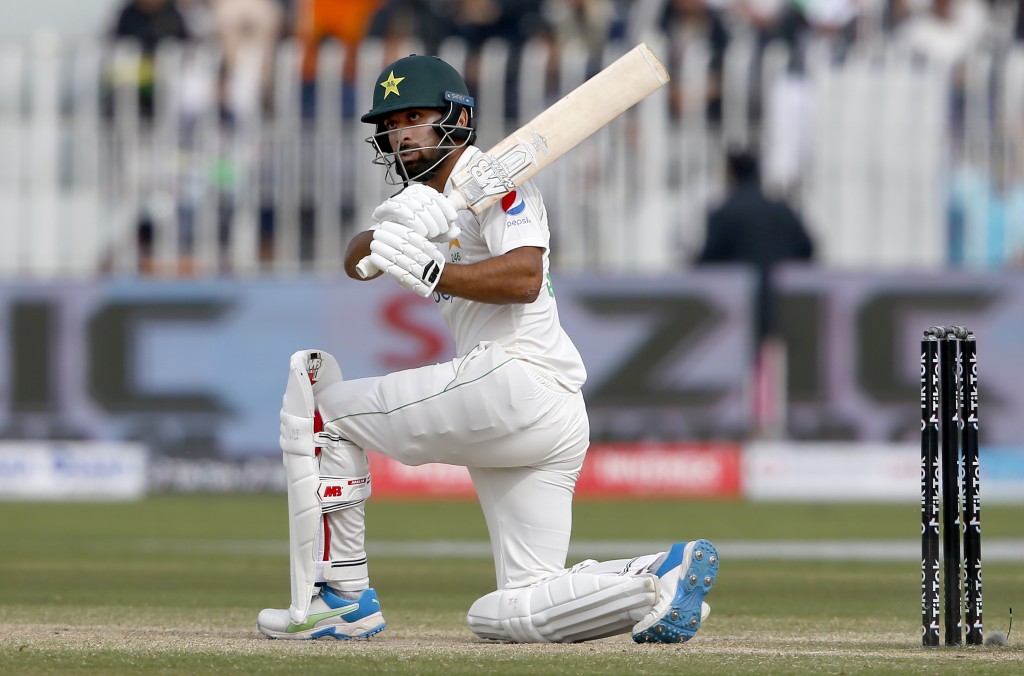 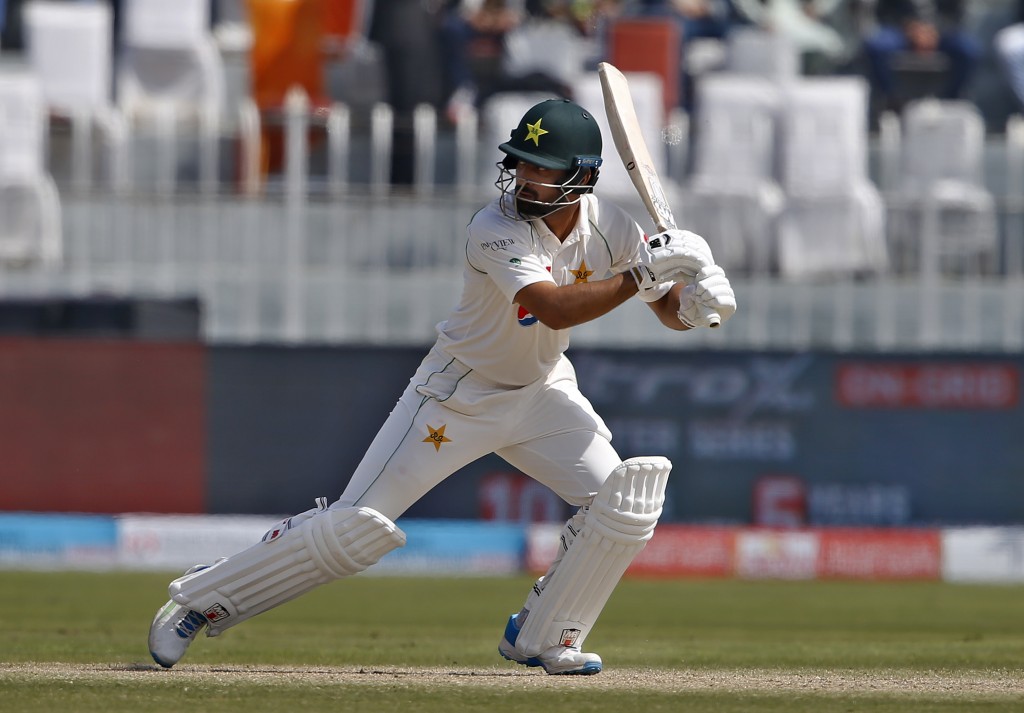 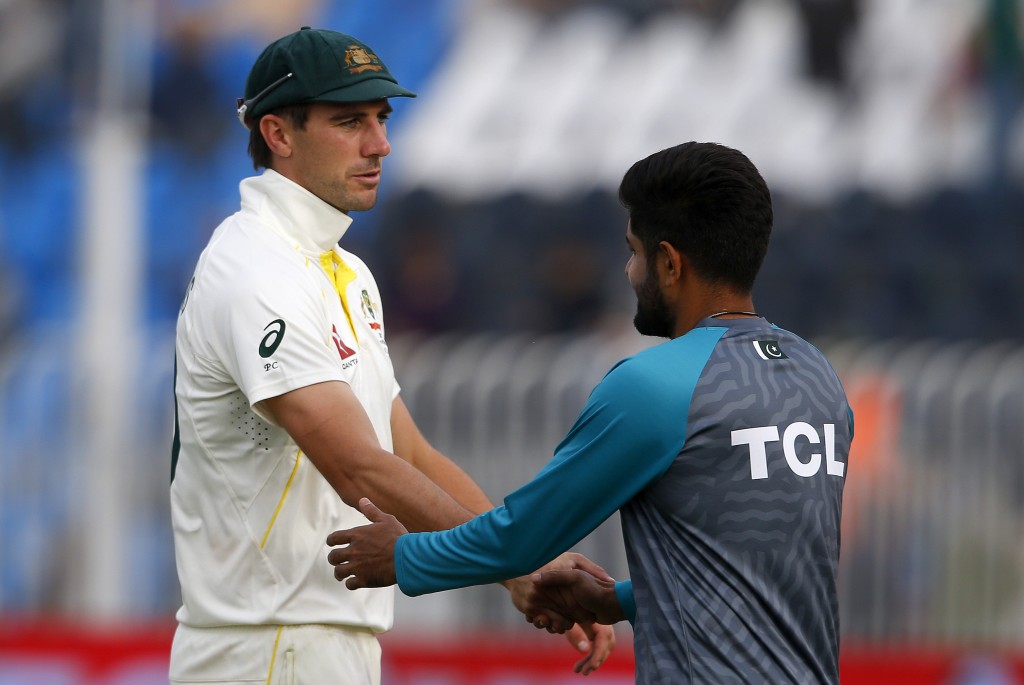 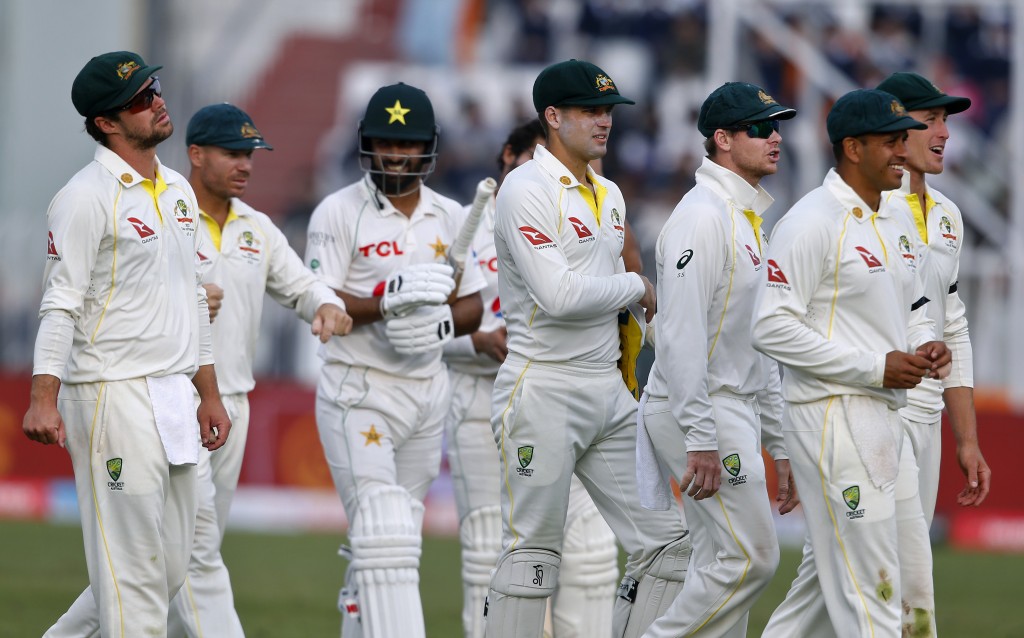 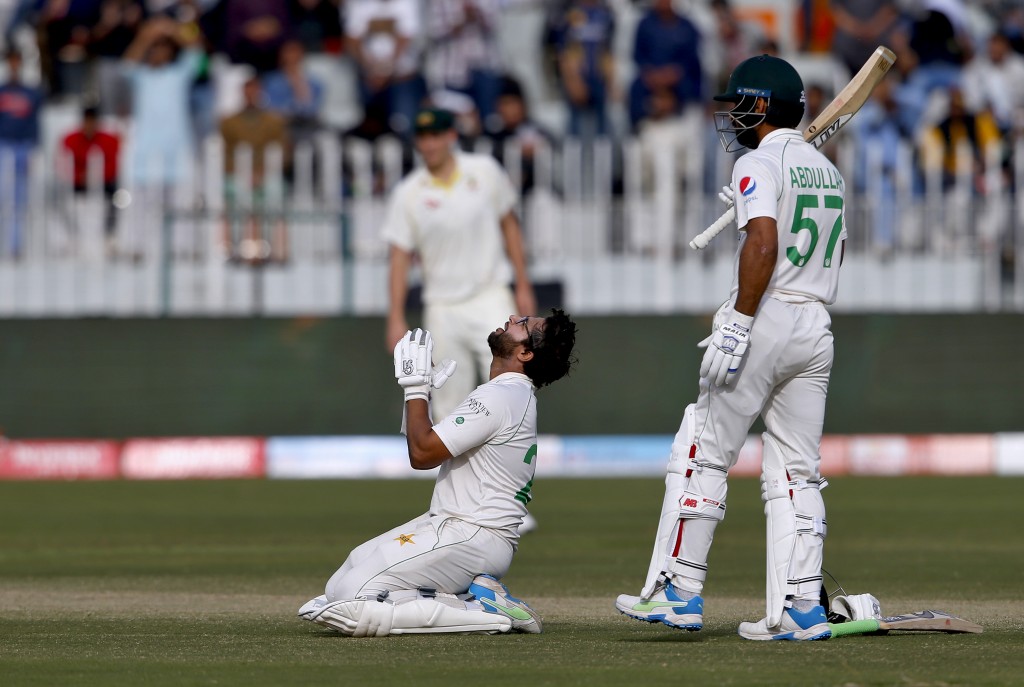 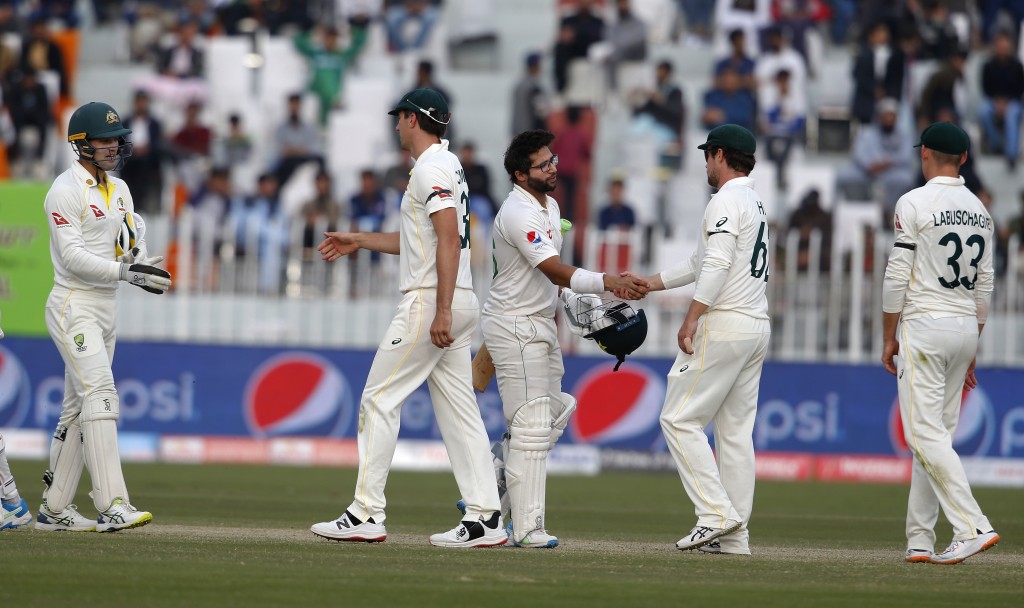 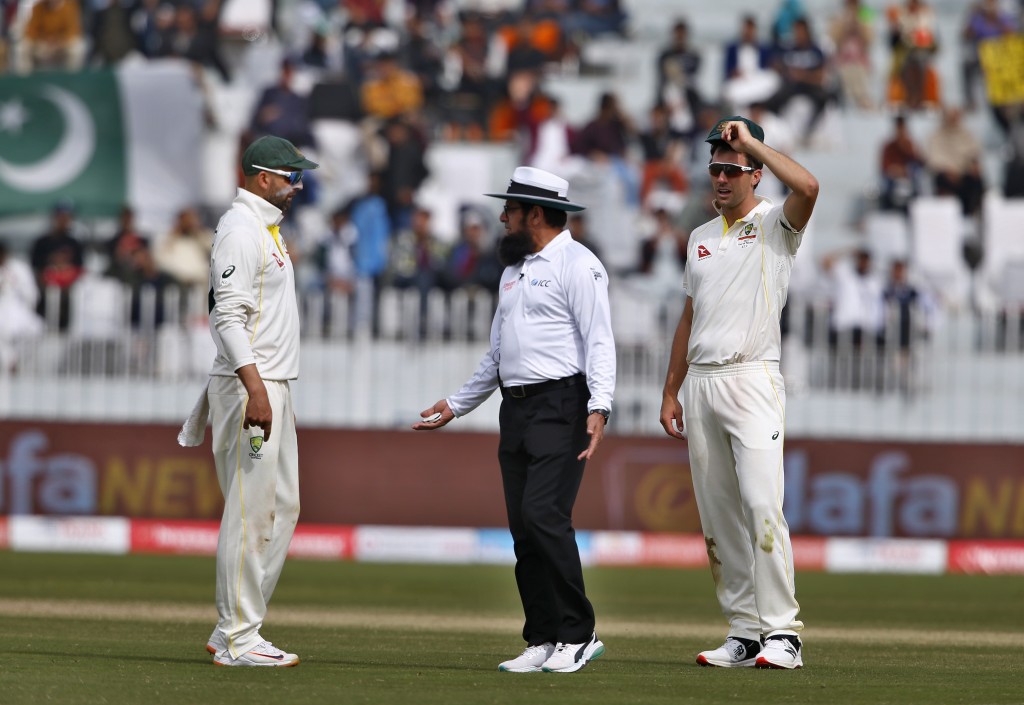 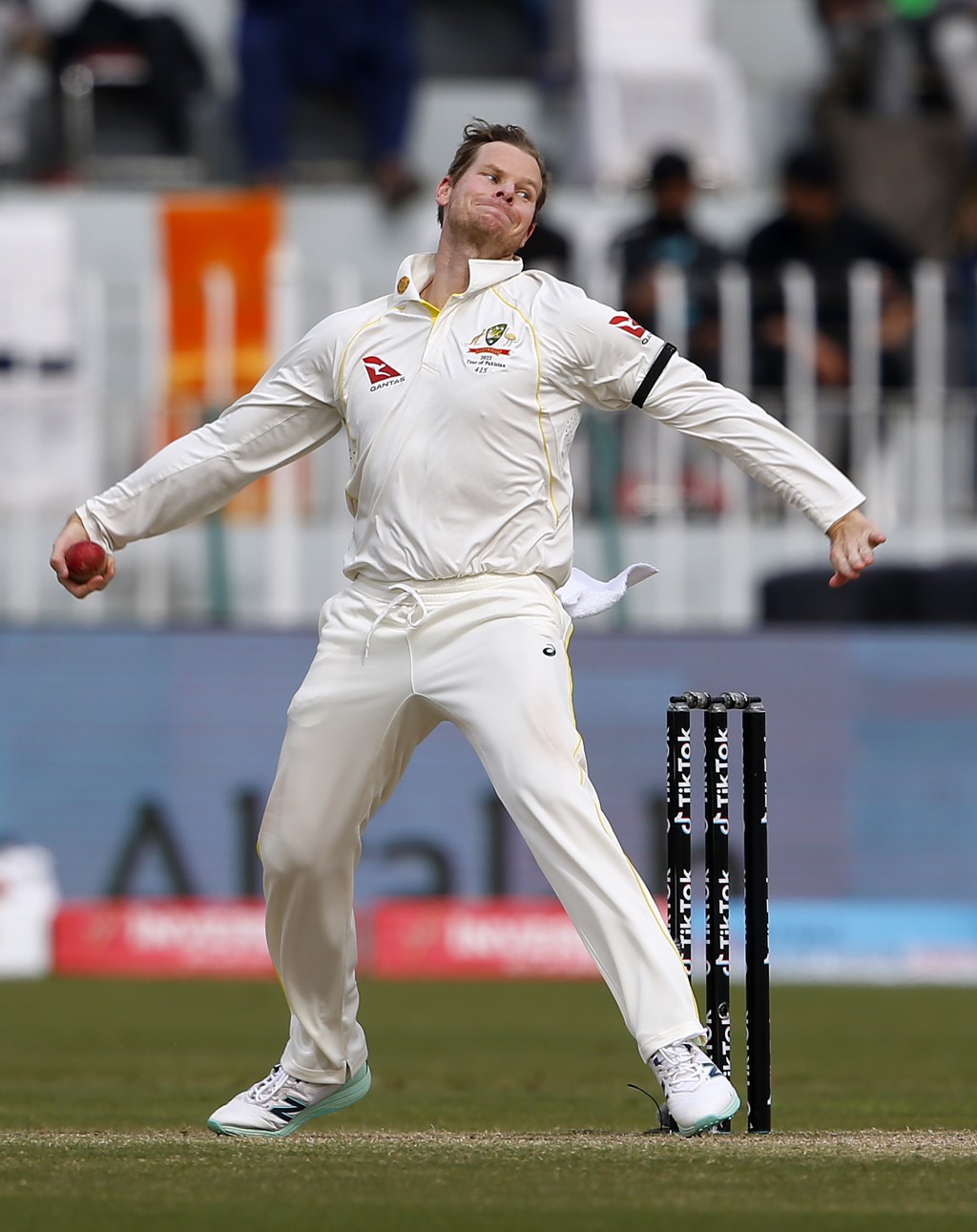 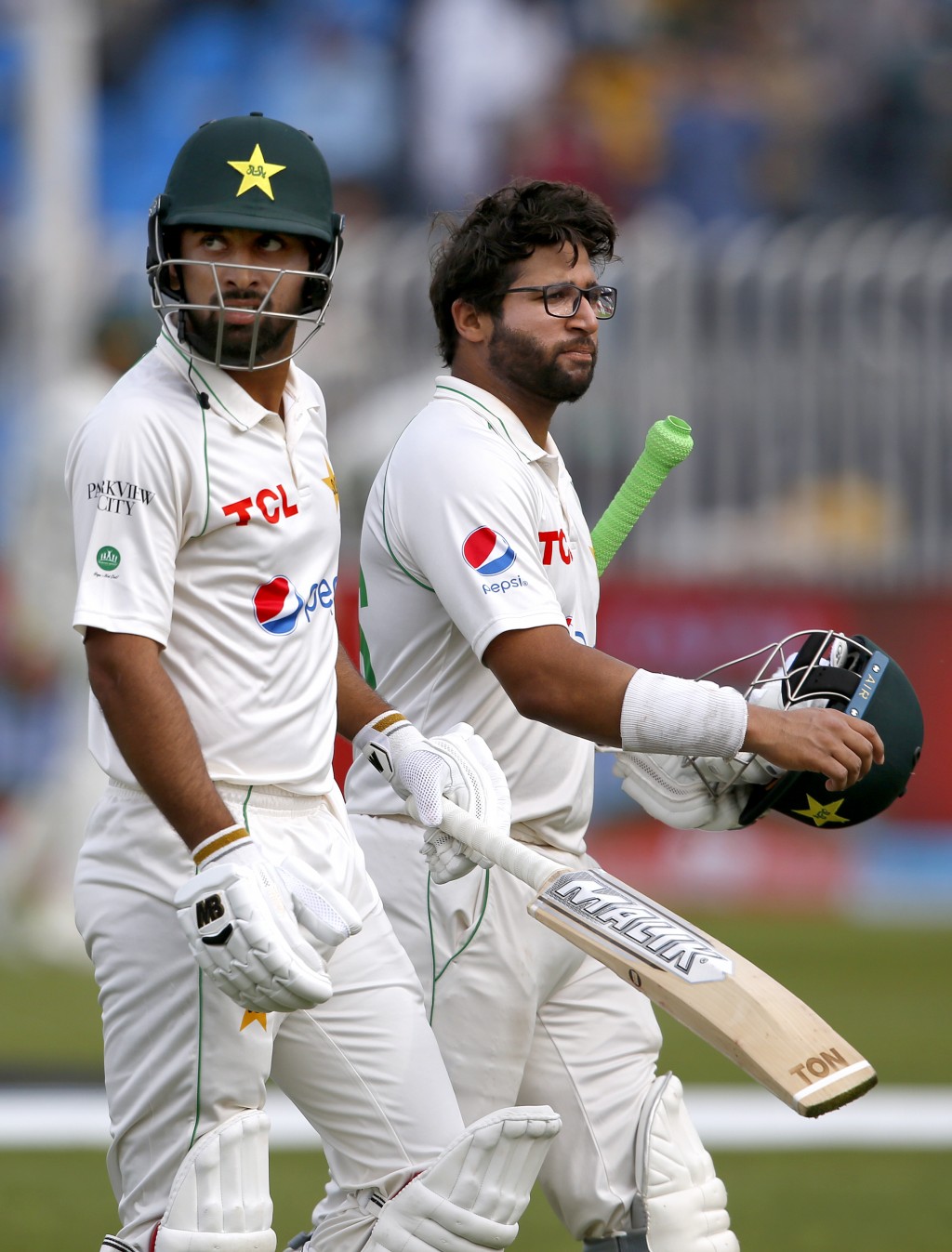 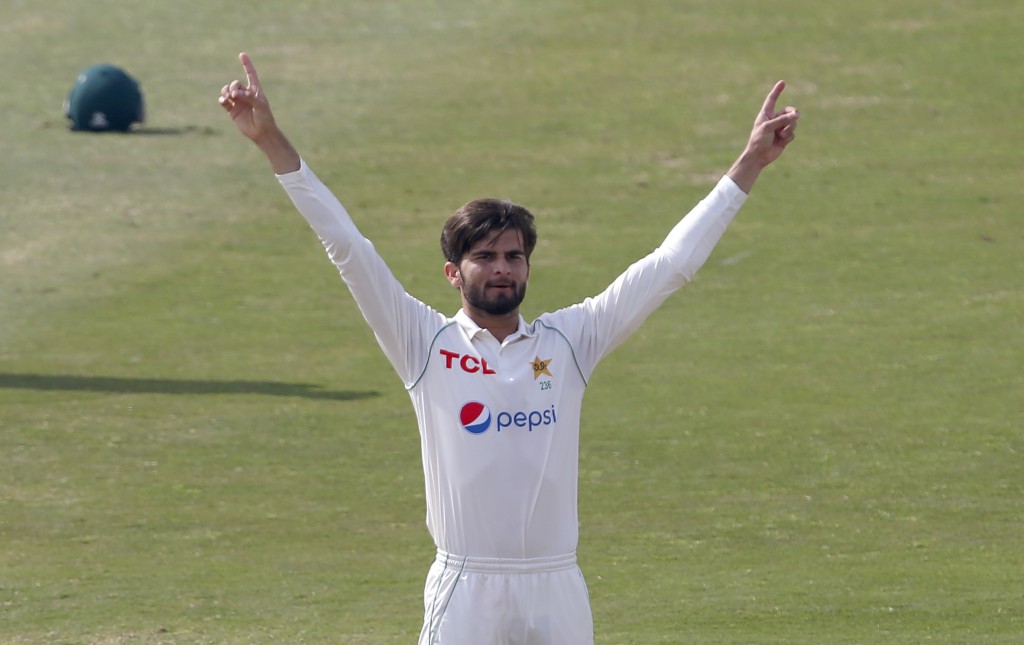 RAWALPINDI, Pakistan (AP) — Opening batter Imam-ul-Haq hit a century in each innings for Pakistan as Australia could bag only four wickets on a docile pitch in the drawn first test on Tuesday.

Imam followed his 157 in the first innings with an unbeaten 111 in his first test since November 2019.

Imam’s opening partner, Abdullah Shafique, also prospered to record his maiden test hundred and was unbeaten on 136 when Pakistan finished the fifth and final day on 252-0 in its second innings, leading by 269 runs.

Both teams mutually agreed to end the game with an hour remaining.

Pakistan opened with 476-4 declared and Australia replied with 459 all out.

Shafique hit 15 fours and a six in his 242-ball knock while Imam was more watchful in raising his hundred and faced 223 balls, hitting seven fours and two sixes.

“When you score against the top teams you go one step ahead in your career. I was just trying to correct my basics and wait for the loose balls.”

The second opening stand between Imam and Shafique surpassed Pakistan’s previous best against Australia in 1964 when Khalid Ibadulla and Abdul Kadir combined for 249 in Karachi.

Imam and Shafique also became the first Pakistan opening pair to share a century stand in each innings against Australia after combining for 105 runs in the first innings.

It was a tough start for Australia to resume playing test cricket in Pakistan after 24 years on a benign Pindi Cricket Stadium pitch which didn’t offer any lateral movement to the visitors’ three frontline pacers or turn to ace spinner Nathan Lyon.

Lyon bowled 78 overs and conceded 236 runs for the solitary wicket of Shafique in the first innings.

“I thought Pakistani batters batted really well in the whole game,” Australia captain Pat Cummins said. “We will spend a few days reviewing it and make different plans for Karachi."

Australia’s innings was wrapped up in the first four overs of the day when it was all out for 459 after resuming on 449-7. Left-arm spinner Nauman Ali took a career-best 6-107 on the grassless pitch to give Pakistan a 17-run, first-innings lead.

The 35-year-old Nauman, playing in his eighth test, picked up two of the last three wickets. The tailenders added only 10 runs off 19 balls as Nauman bettered his previous best figures of 5-35, which he took on debut against South Africa last year.

Shafique and Imam accelerated in the middle session as Australia resorted to Lyon and three part-time spinners without any success.

Abdullah raised his century in four hours off 183 balls in the last session when he tucked Cameron Green to fine leg for a single.

Imam took half an hour more to complete back-to-back hundreds by lofting part-time spinner Travis Head over mid-off for two.

The second test begins in Karachi on Saturday. Lahore stages the final test from March 21-25. The test series will be followed by three one-day internationals and a one-off Twenty20 in Rawalpindi.