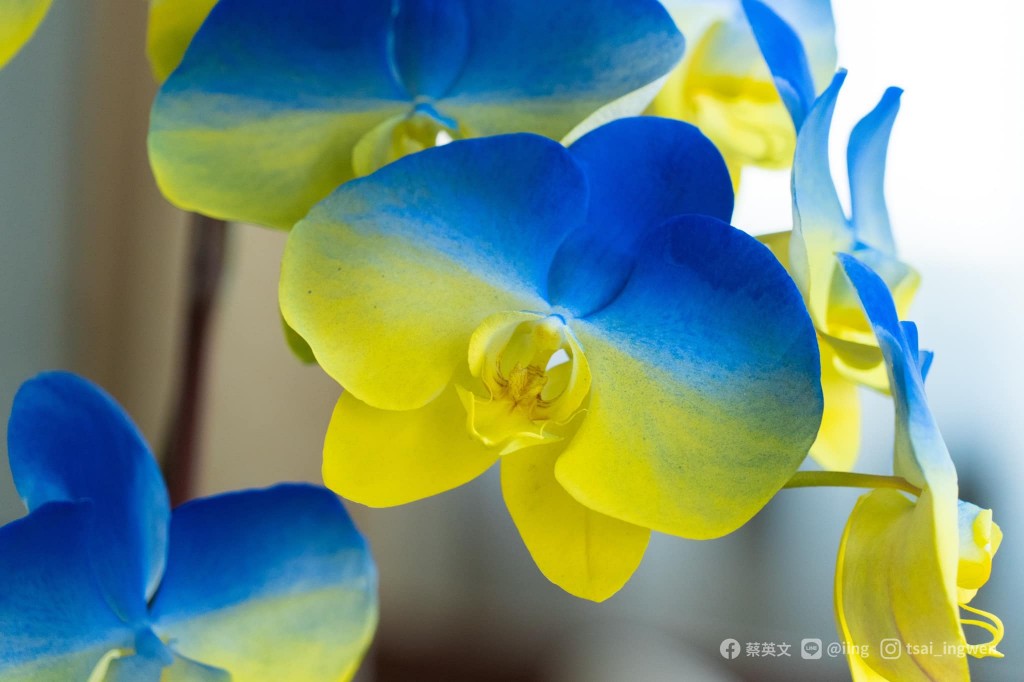 TAIPEI (Taiwan News) — A photo of orchids displaying the colors of the Ukrainian flag went viral in Taiwan over the weekend.

According to the Taiwan Orchid Growers Association (TOGA), the flowers were created as part of a promotion for the Taiwan International Orchid Show, which is slated to run March 26 to April 5 at the Taiwan Orchid Plantation in Tainan's Houbi District. The look was achieved by spray-dyeing Show White orchids blue and yellow using the latest nanotechnology.

The dye has no adverse effect on the plants "and can also prolong the flowering period," according to TOGA. Ten pots of orchids have been dyed using this method.

On Tuesday (March 8), President Tsai Ing-wen (蔡英文) uploaded to her Facebook page newer and even brighter images of the orchids, which she stated are on display in the Presidential Office Building. In her post, Tsai wrote that the flowers are not only beautiful but "express Taiwan's support for Ukraine."

She took the opportunity to thank the Taiwanese people for their concern for and many donations to Ukraine. She closed by calling on the public to attend the upcoming orchid show to "enjoy world-class orchids and support Taiwanese farmers!" 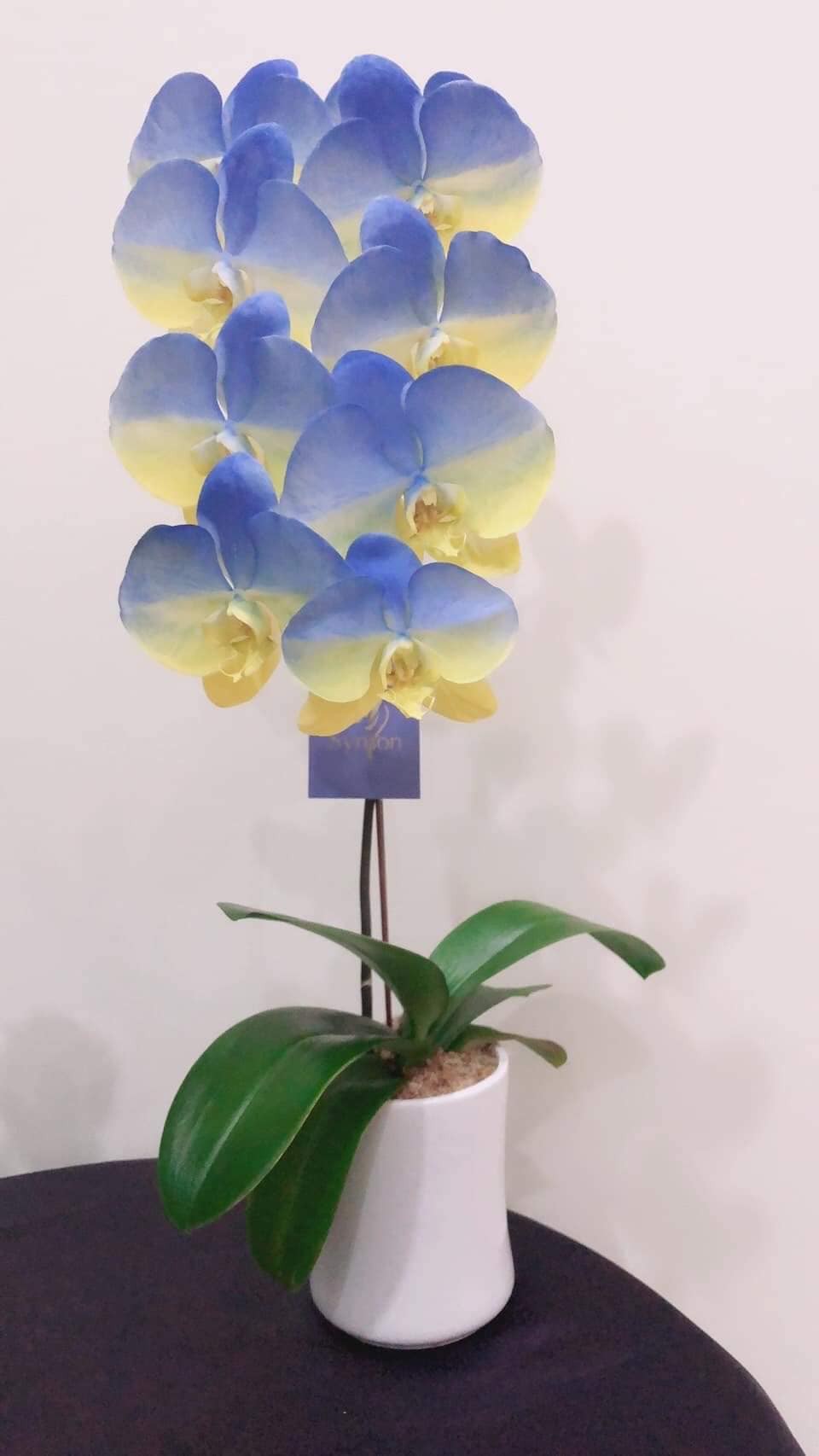 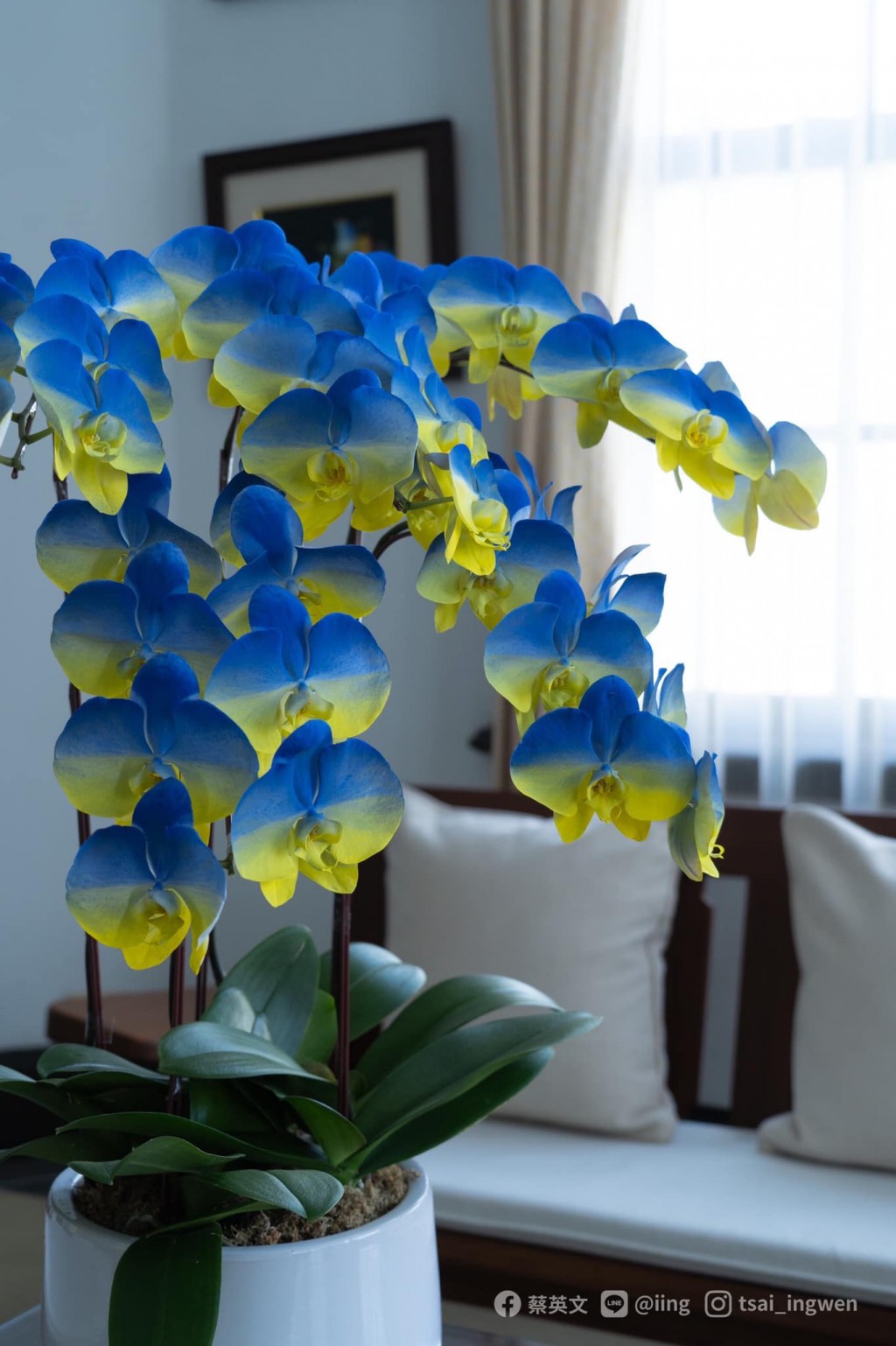 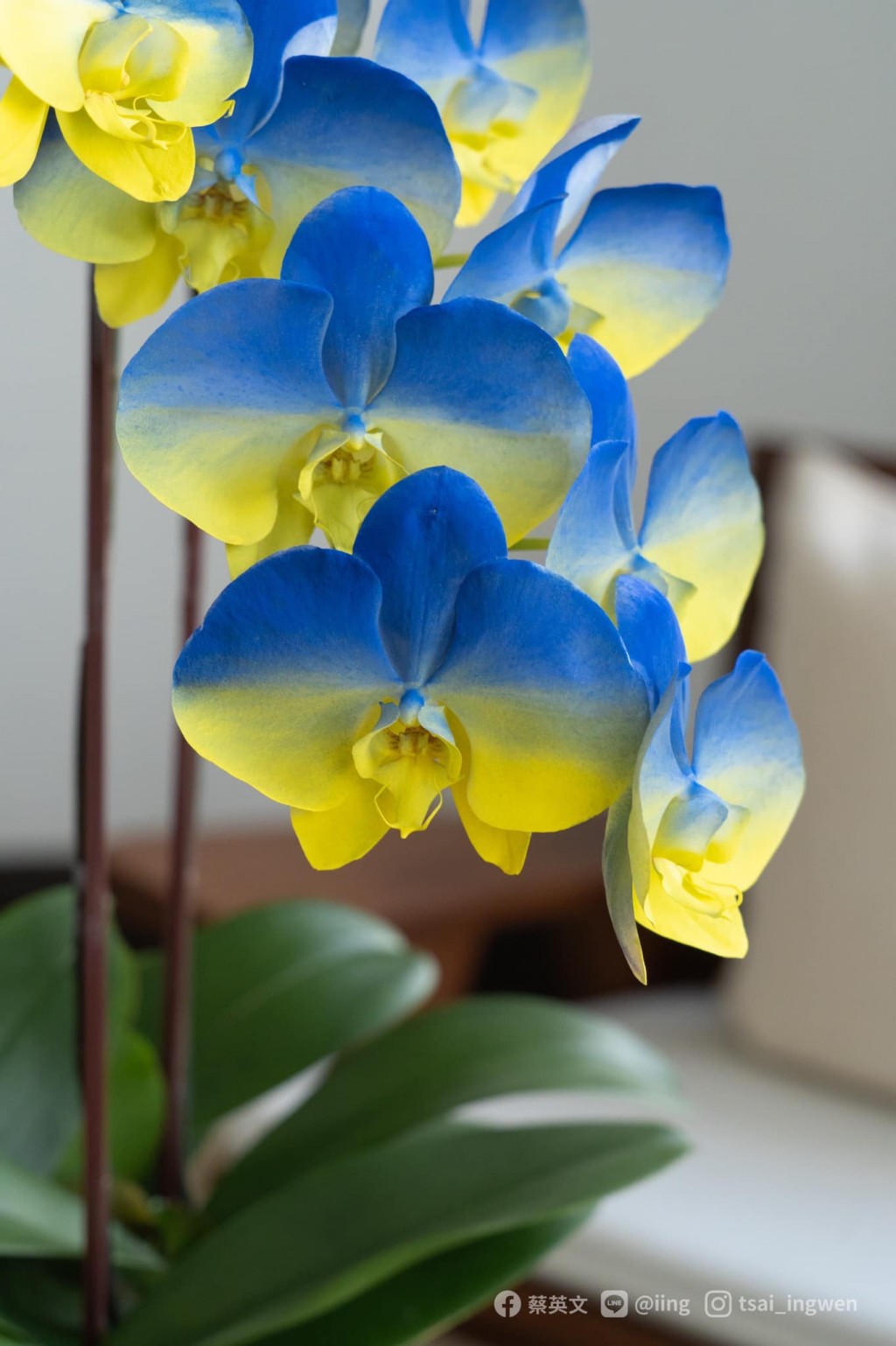 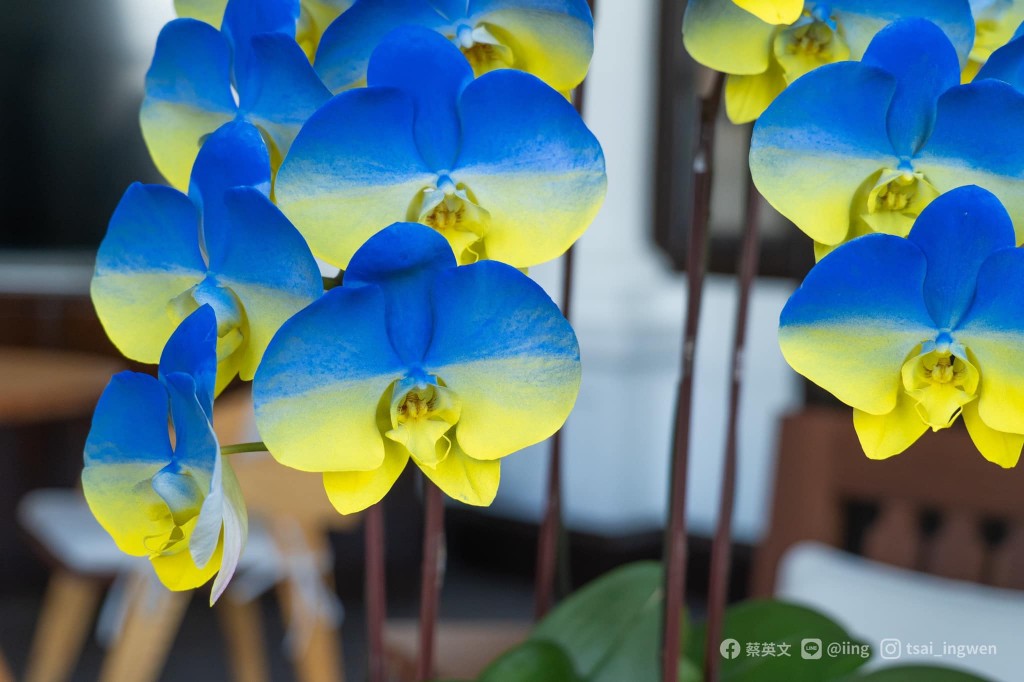