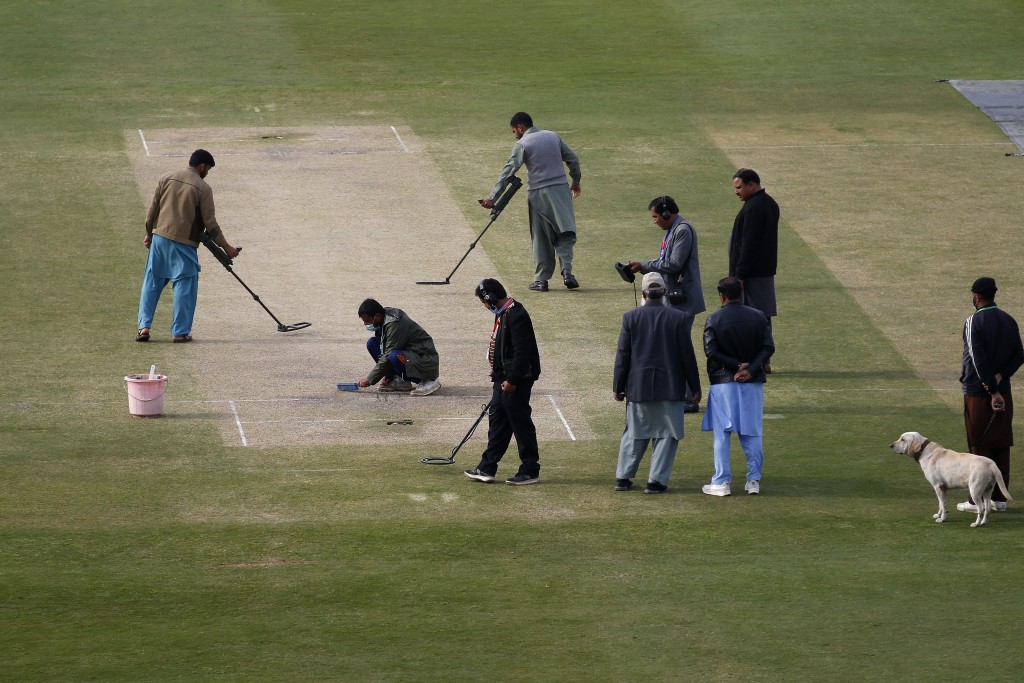 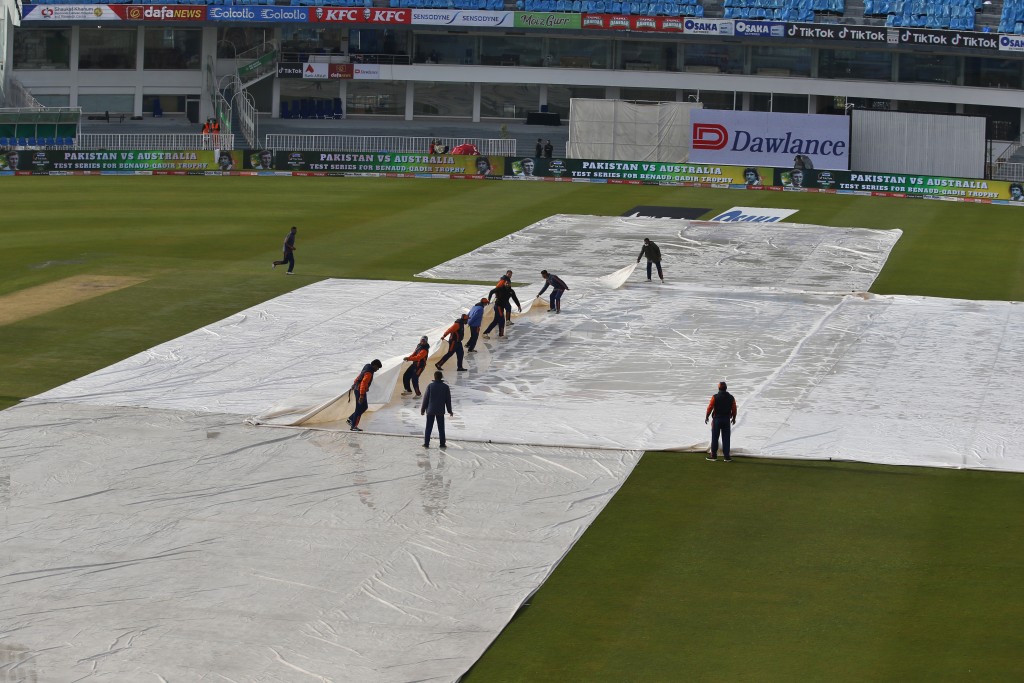 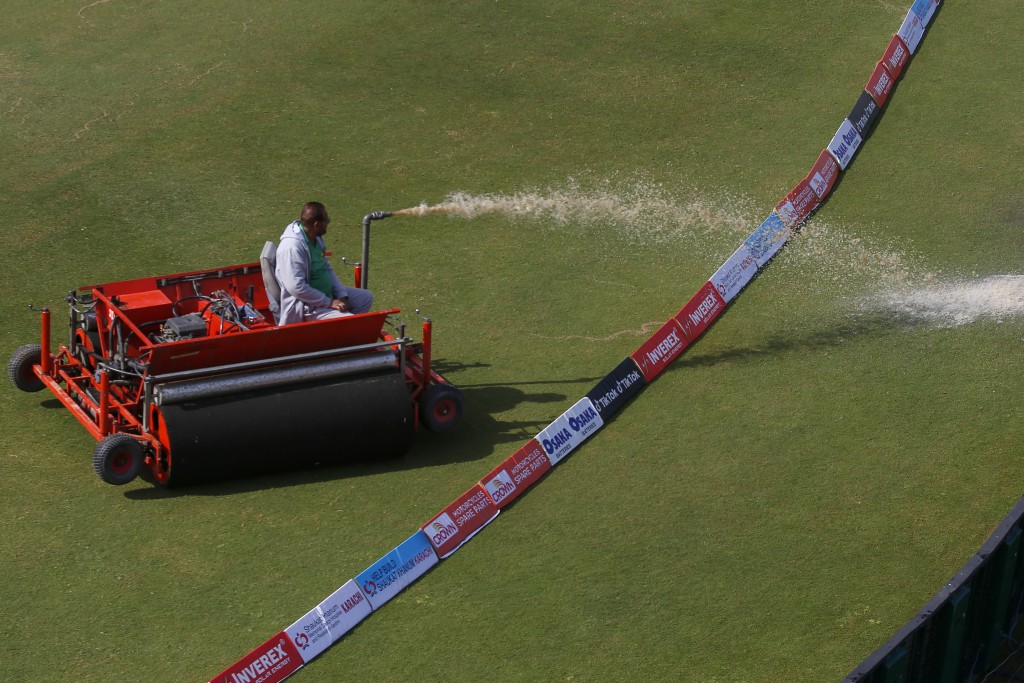 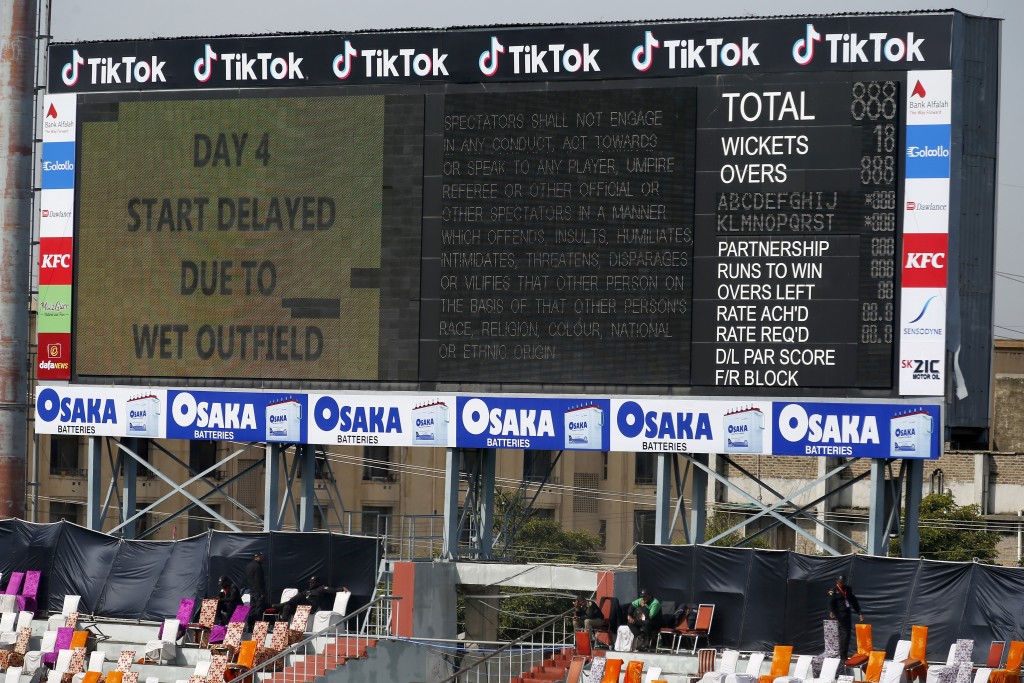 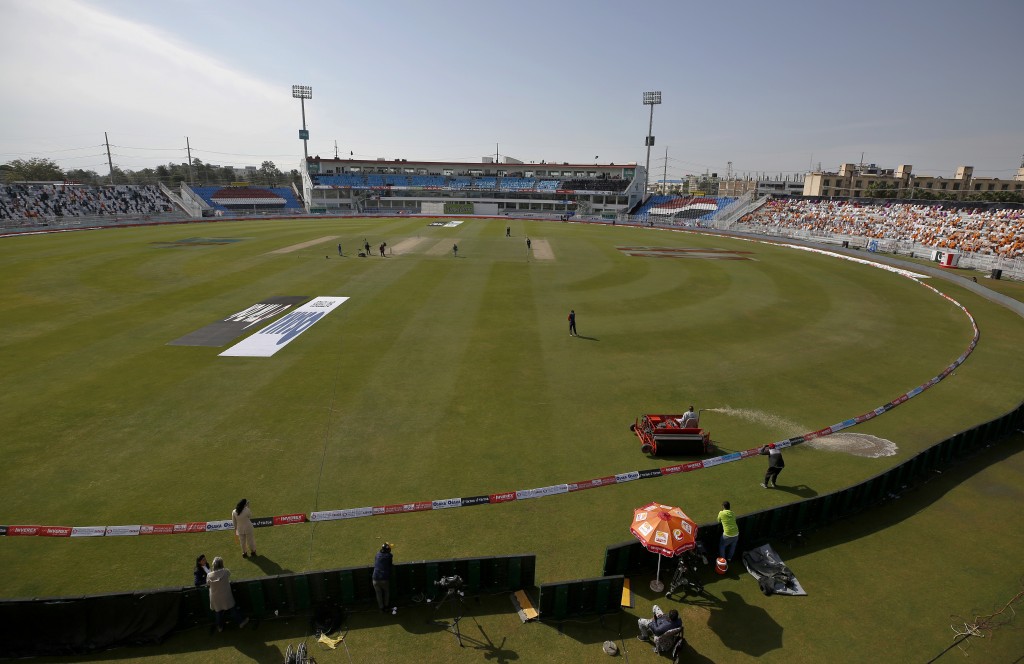 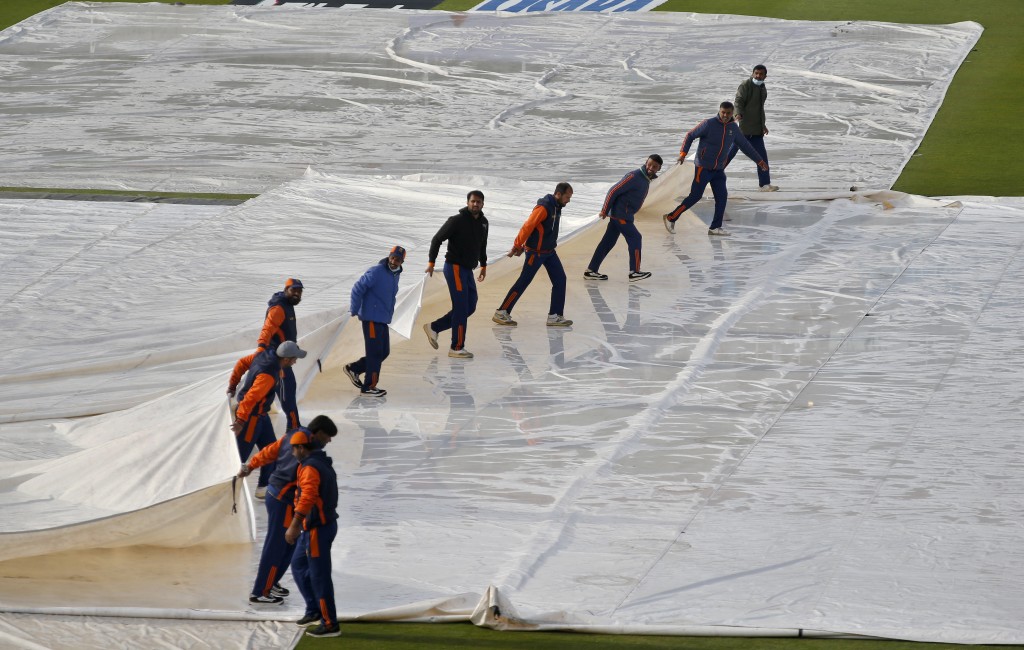 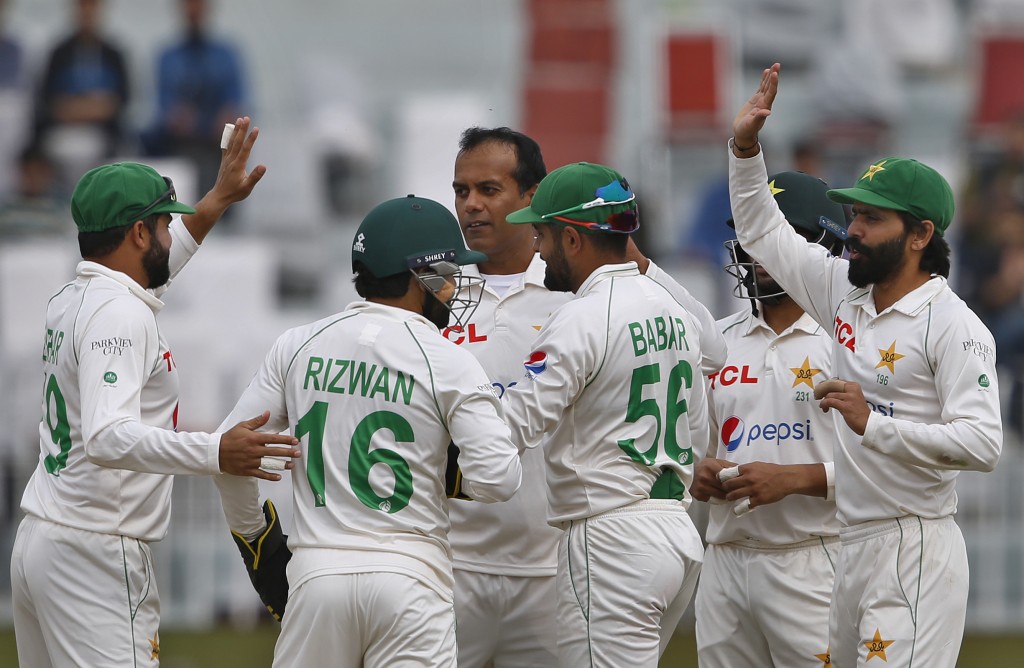 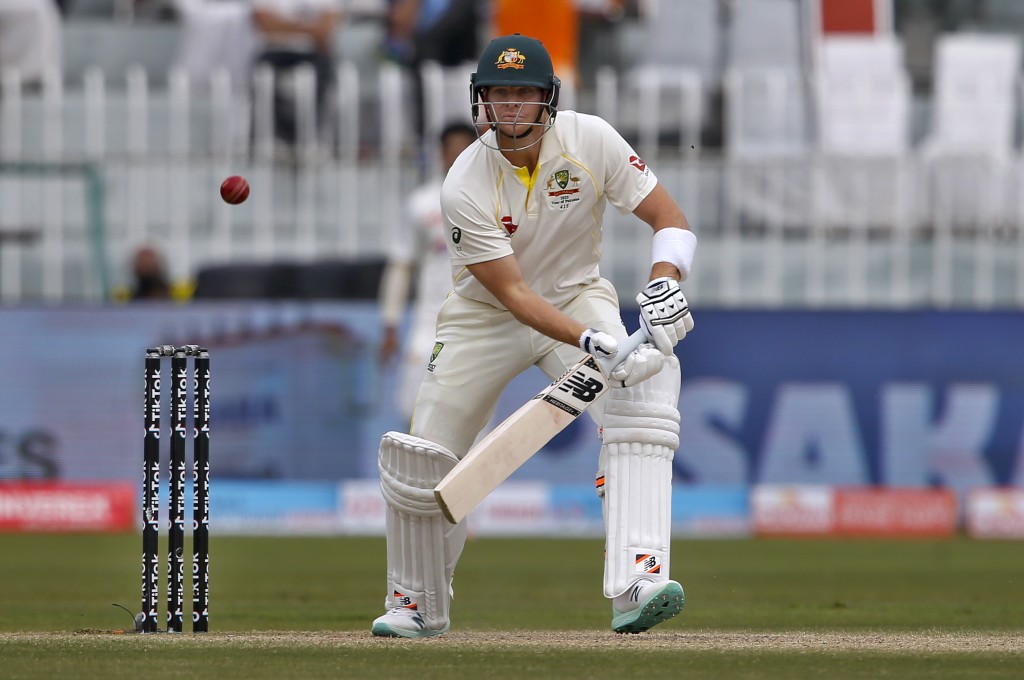 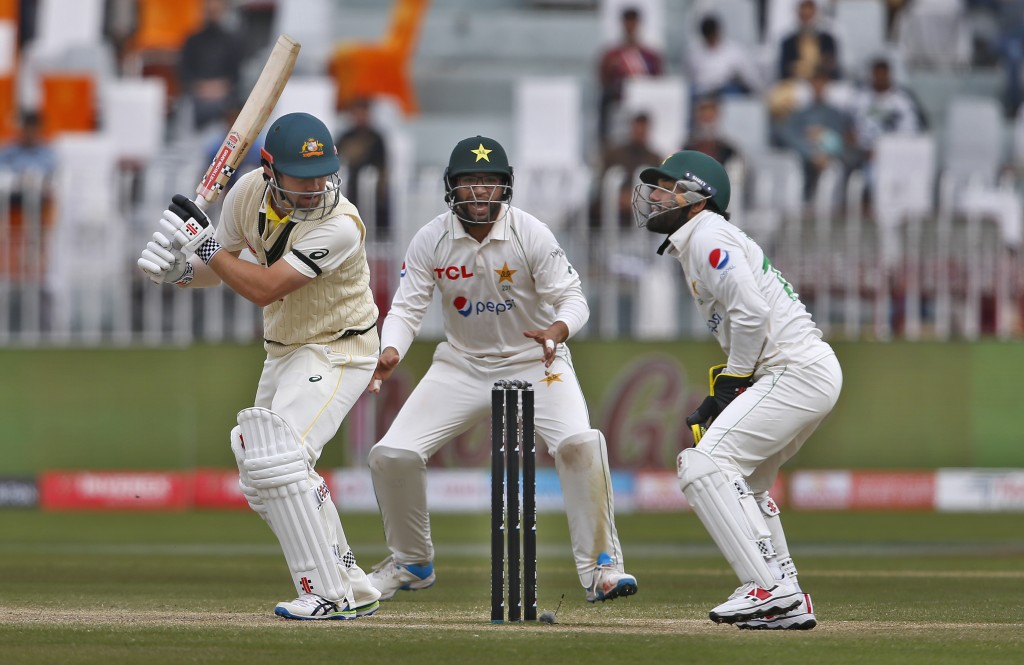 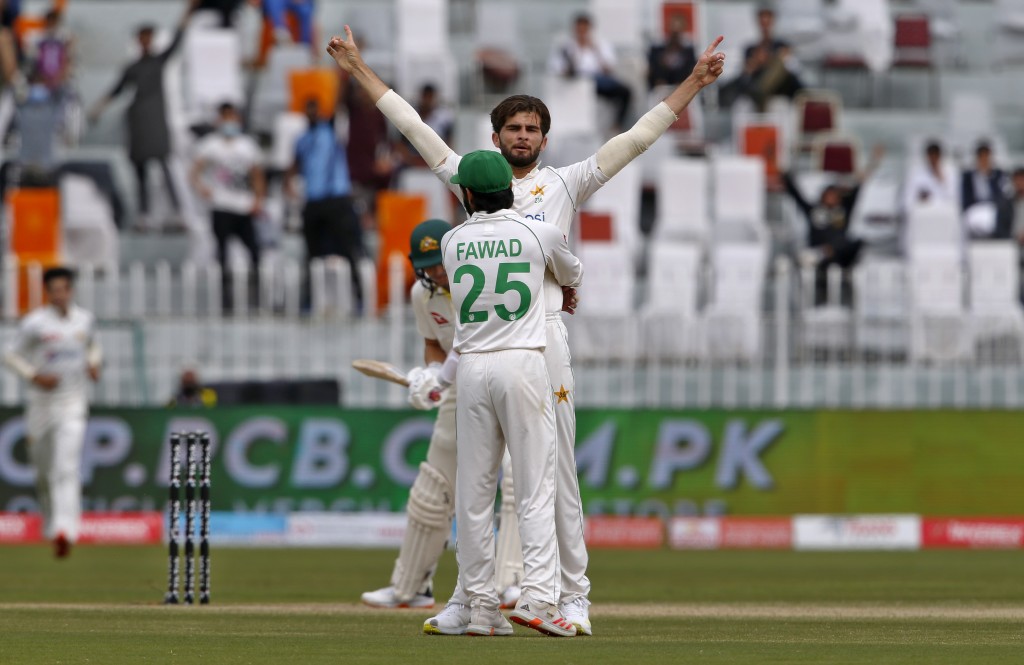 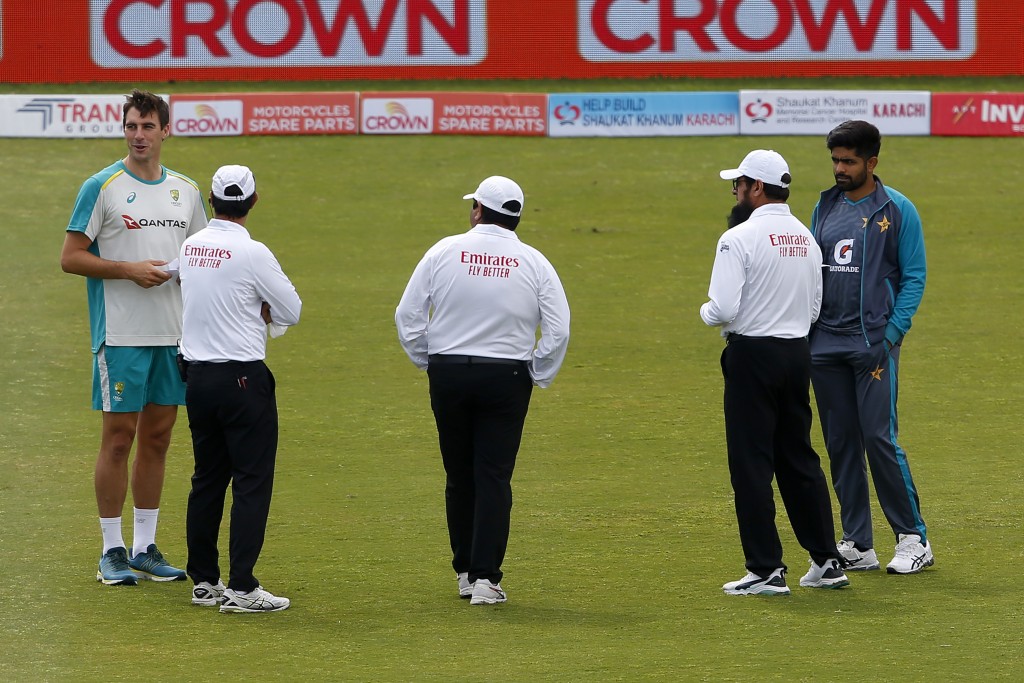 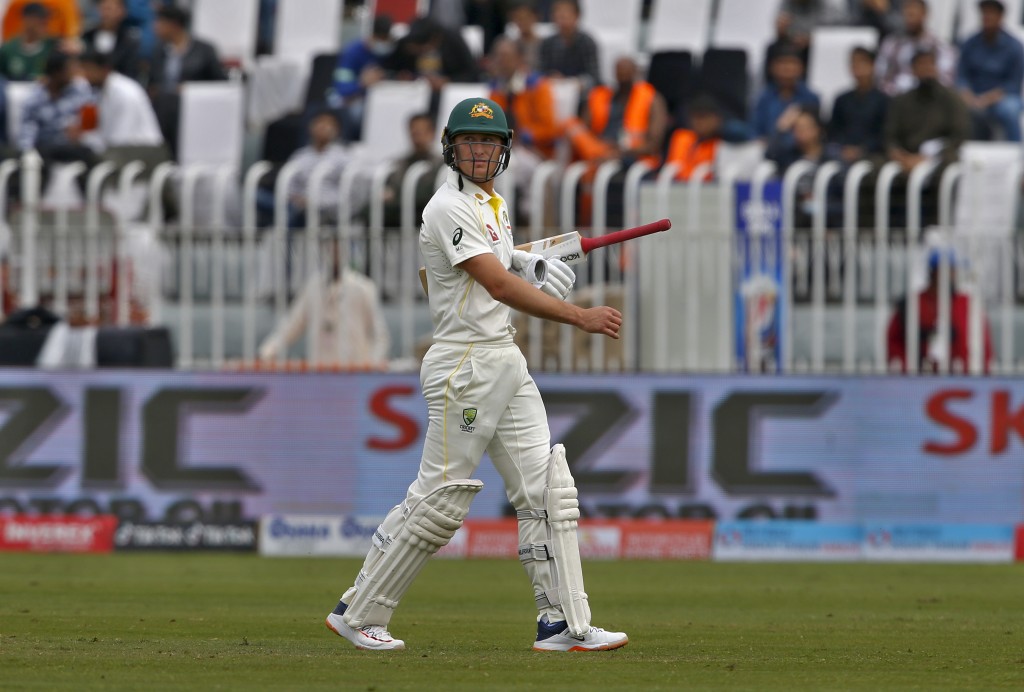 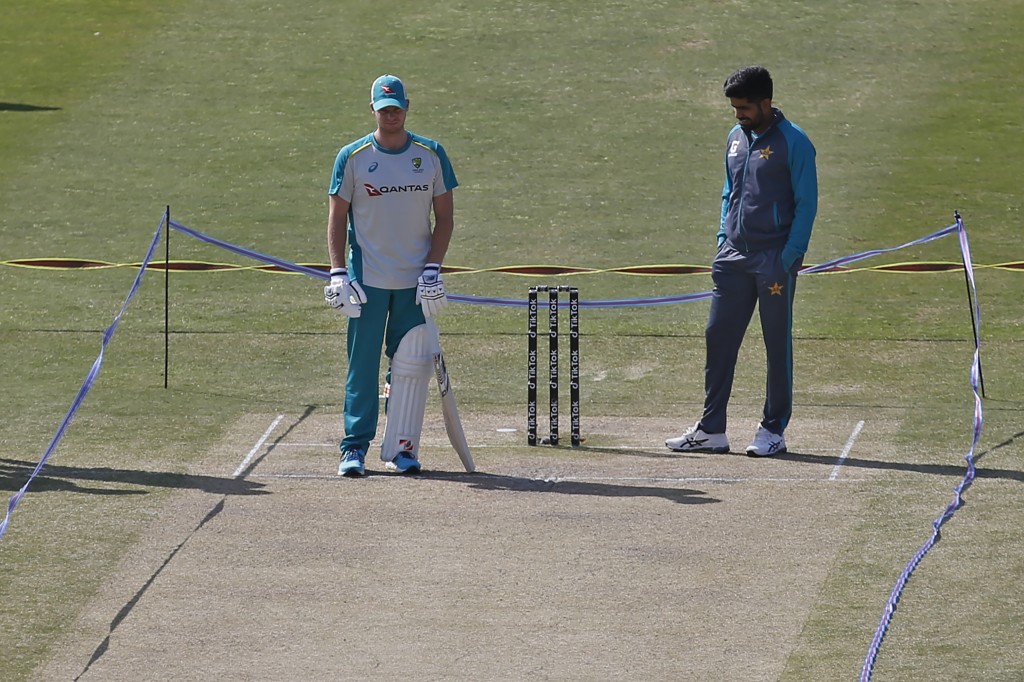 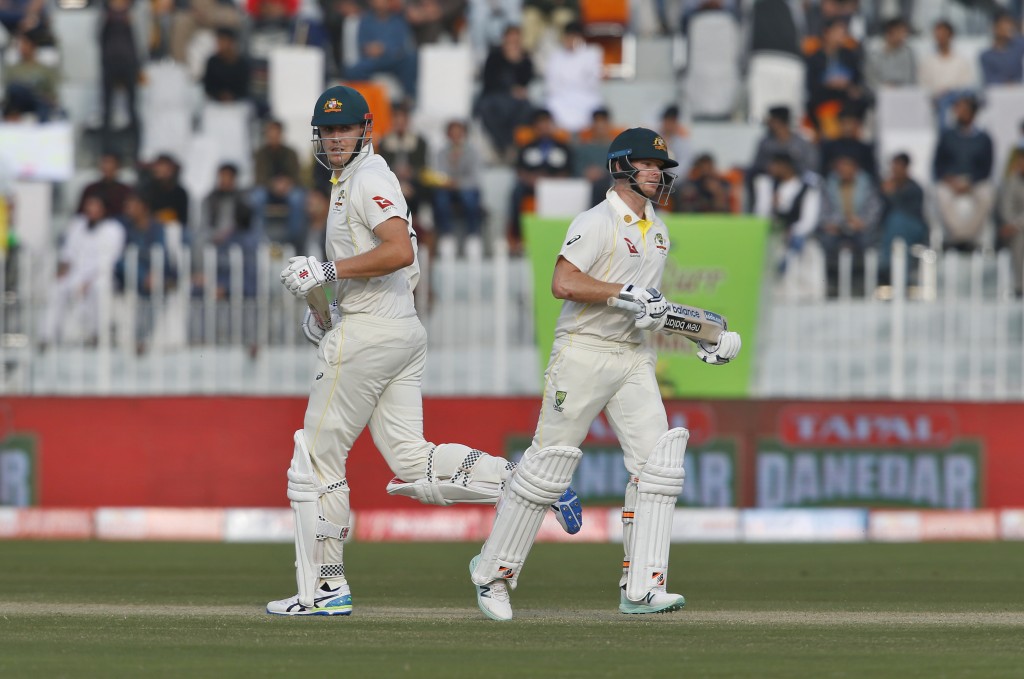 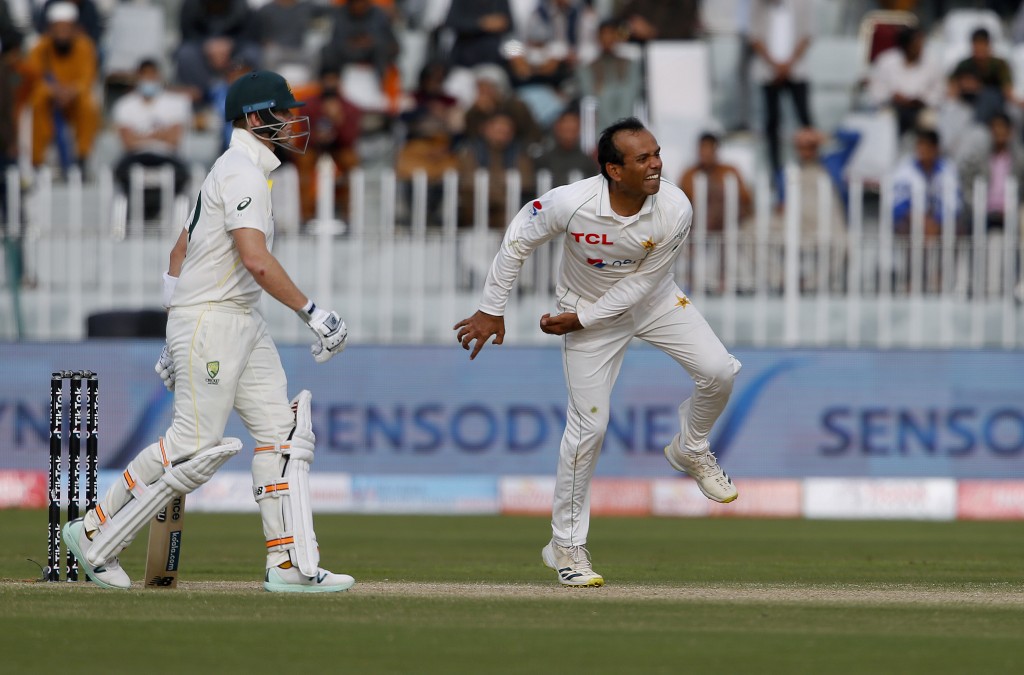 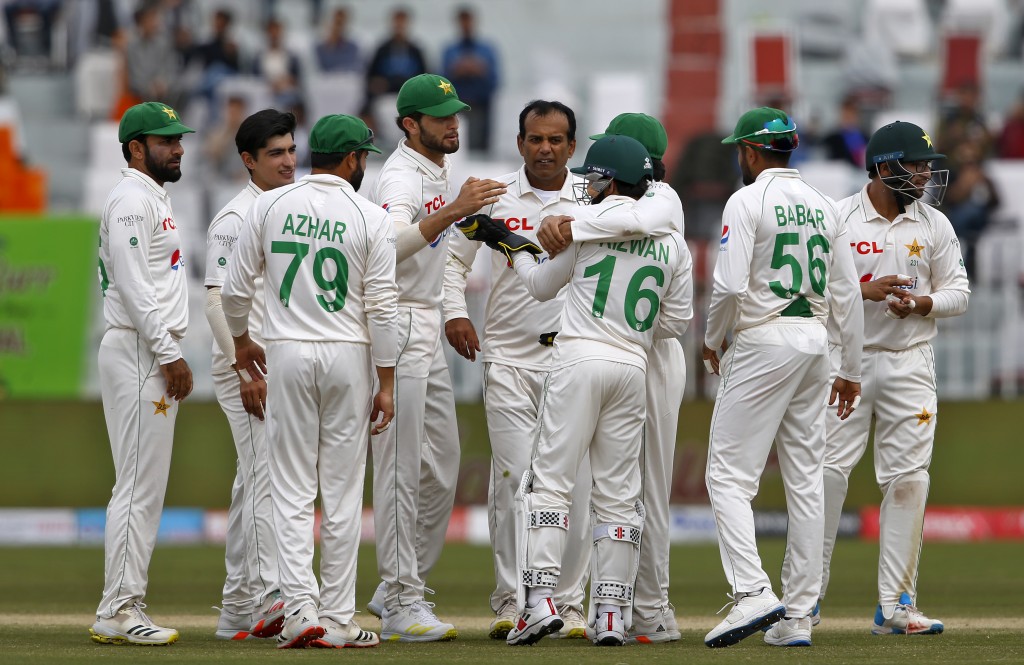 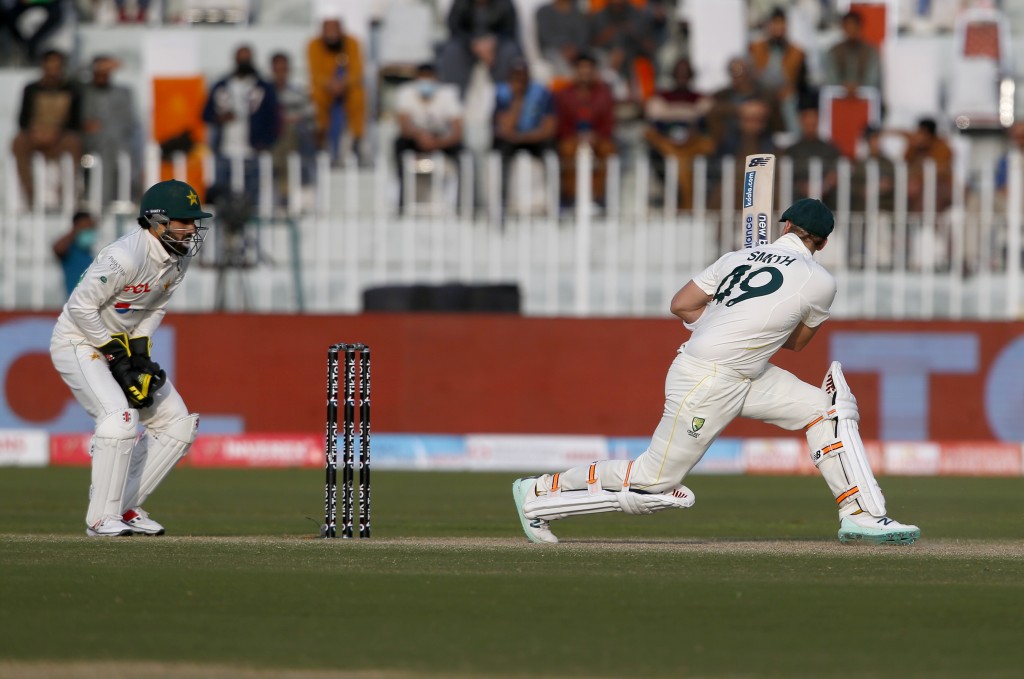 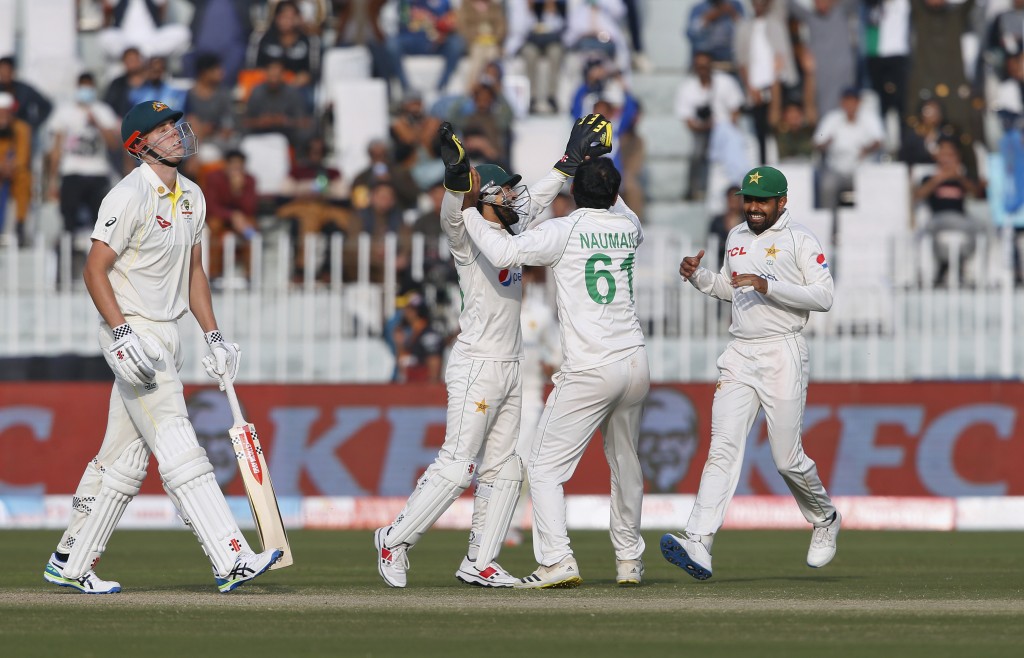 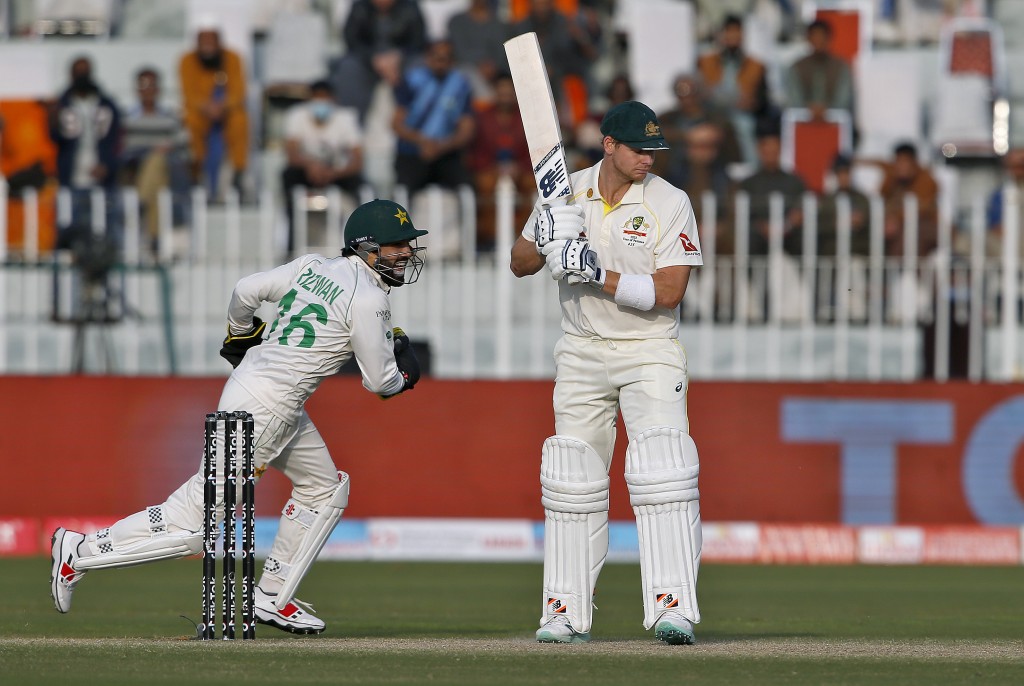 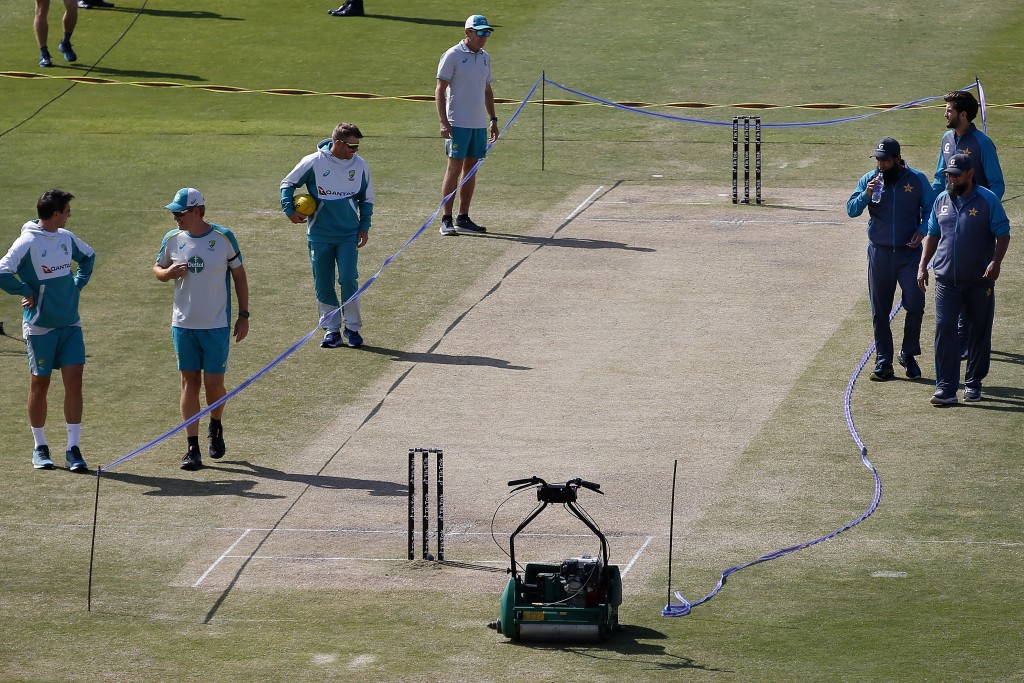 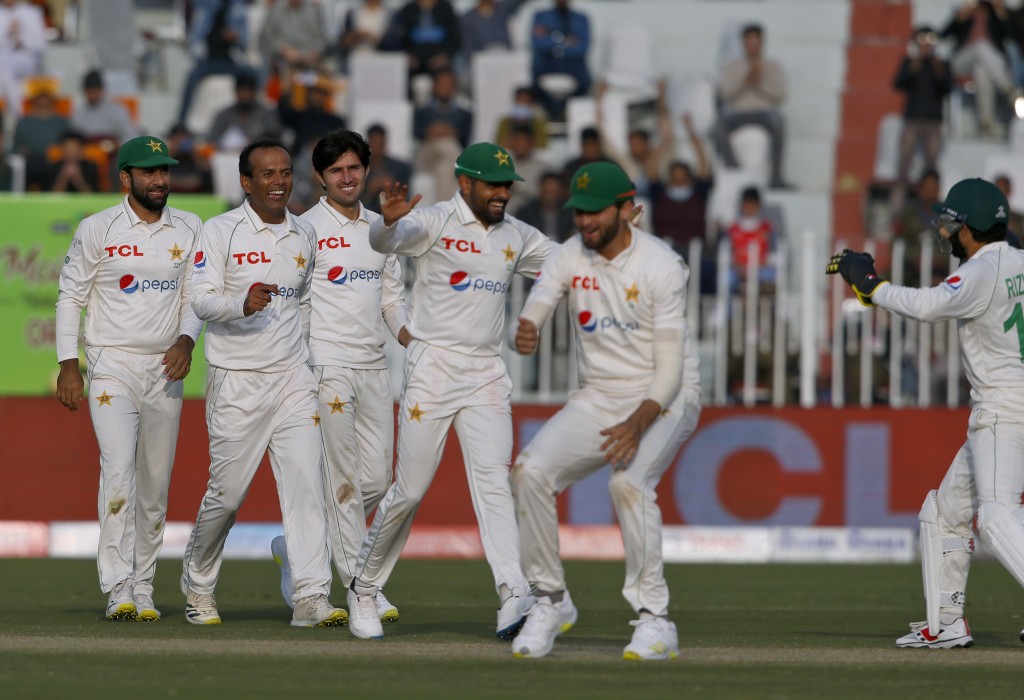 RAWALPINDI, Pakistan (AP) — Australia's batters flourished on a flat wicket Monday to cut Pakistan's lead to 27 runs as the first test heads toward a draw.

Australia, playing its first test in Pakistan since 1998, reached 449-7 at stumps in its first innings on Day 4 on a grassless wicket with Marnus Labuschagne (90) and Steve Smith (78) scoring half centuries. Cameroon Green (48) showed himself to be a test allrounder by spending more than two hours at the crease, facing 109 balls.

No. 8 batter Mitchell Starc spent almost the last hour and was not out on 12 with skipper Pat Cummins not out on 4 as stumps were drawn three overs before scheduled because of bad light.

“There’s not a great deal of pace and bounce in (the wicket) for the seamers, that’s for sure," Smith said. "I thought it would break up a little bit more and probably turn a bit more from the start, but it probably hasn’t done so."

Opening batter Usman Khawaja narrowly missed out on a century in the country of his birth on Sunday when he was dismissed for 97, but shared a rapid 156-run opening wicket stand with David Warner, who made 68.

On a docile wicket where there was no appreciable turn for the spinners, left-arm spinner Nauman Ali grabbed 4-107 mainly because Australia's batters went for extravagant shots.

Labuschagne was the second Australian batsman to fell in the 90s when he was caught in the slip in Shaheen Afridi’s (1-80) third over with the new ball after a wet outfield following overnight rain prevented any play in the first session.

Labuschagne hit 12 boundaries in his knock but attempted a drive off a wide delivery from Afridi as Abdullah Shafique grabbed a well judged low catch in the lone slip.

Travis Head (8) was a rare batsman to fail in a batter-dominated test match when he edged Nauman to wicketkeeper Mohammad Rizwan while going for a cut shot as Pakistan claimed two wickets in the mid session.

Green showed lot of determination in his 81-run stand with Smith before Nauman induced false strokes from both batsmen by bowling consistently outside the leg stump line in the last session.

Green smashed two of his three boundaries in Nauman’s one over but top-edged a sweep to short fine leg. Smith also went for a similar shot and was caught by Rizwan down the leg side.

Smith, who hasn’t scored a test century since the 2019 Ashes, batted for nearly five hours, hitting eight fours during his 196-ball knock before he was nicely setup by Nauman to go for an over ambitious shot.

“Pretty annoying, I got a bit greedy with the field they had set," Smith said on missing out on his 100. “Disappointed to have worked pretty hard and got myself in a nice position to go on and get a big score.”