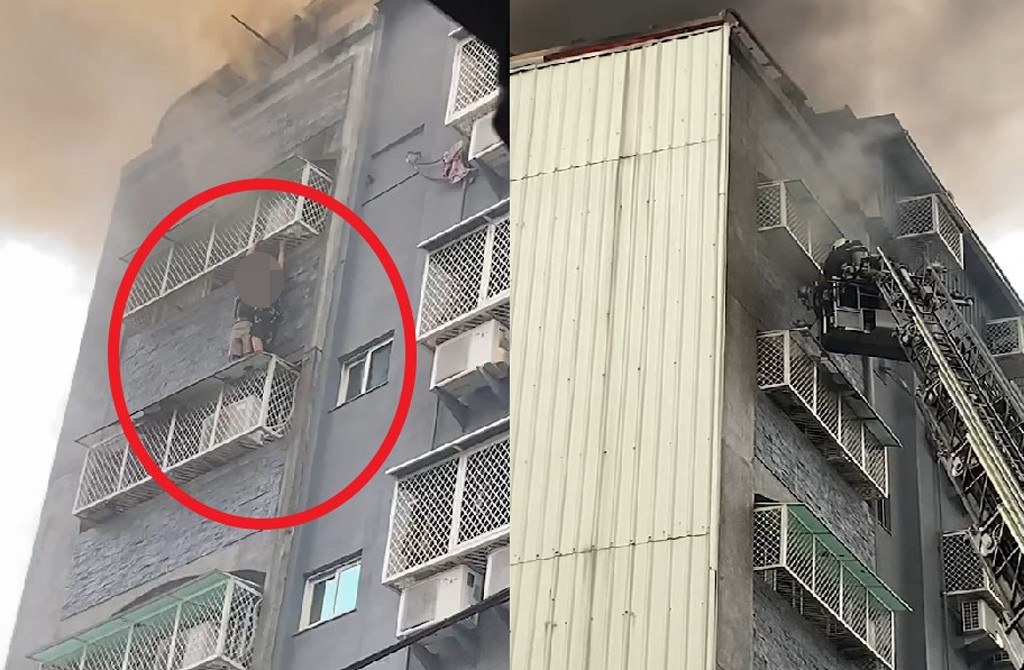 TAIPEI (Taiwan News) — Video has surfaced showing the rescue of two trapped residents from a burning apartment building in Taichung on Sunday (March 6).

Before the firefighters arrived, three people had managed to climb out of their seventh-floor window to stand on the canopy of the windows below.

One of them, a man in his 50s surnamed Yuan (袁), lost his footing and fell, his sister later told TVBS. He landed on the roof of a parked car, which apparently absorbed some of the impact from the seven-story fall. The man remained conscious, and his injuries have not been deemed to be life-threatening.

Yuan suffered lacerations to his forehead and injured his lumbar spine but is able to move his limbs, reported the Liberty Times. He was rushed to China Medical University Hospital, where doctors said he had ruptured his L2 vertebra but expressed confidence that after undergoing surgery, he should have a full recovery.

Yuan's sister said that he had been visiting a couple (aged 50 and 47) who are friends of his when the fire broke out, and the three of them climbed out onto the canopy. The couple only suffered minor smoke inhalation and have already been released from the hospital.

All told, six people died in the fire, while six others suffered injuries. The fire department said that the cause of the fire is under investigation and did not rule out the possibility that the building's owner would be investigated for negligent homicide. 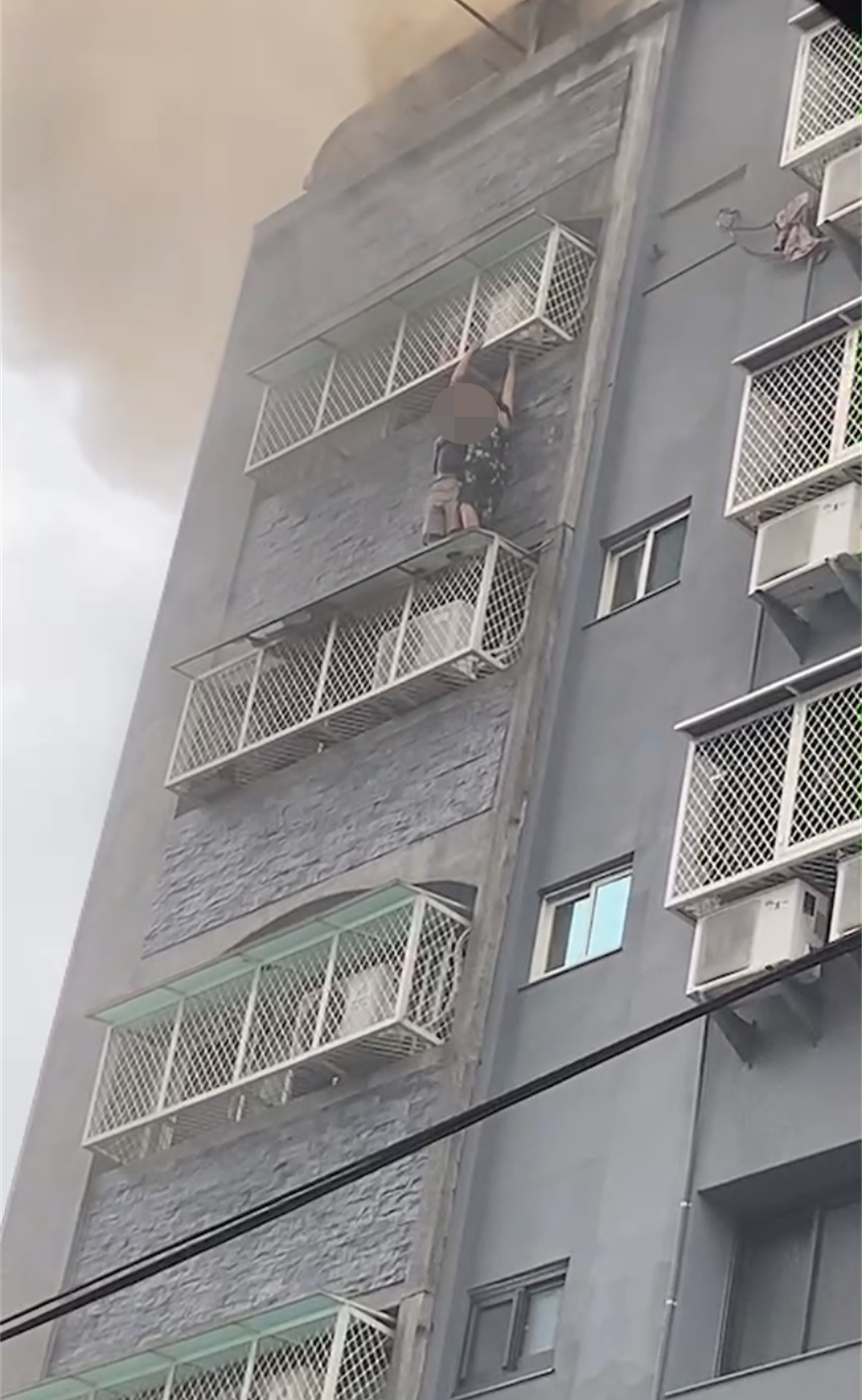 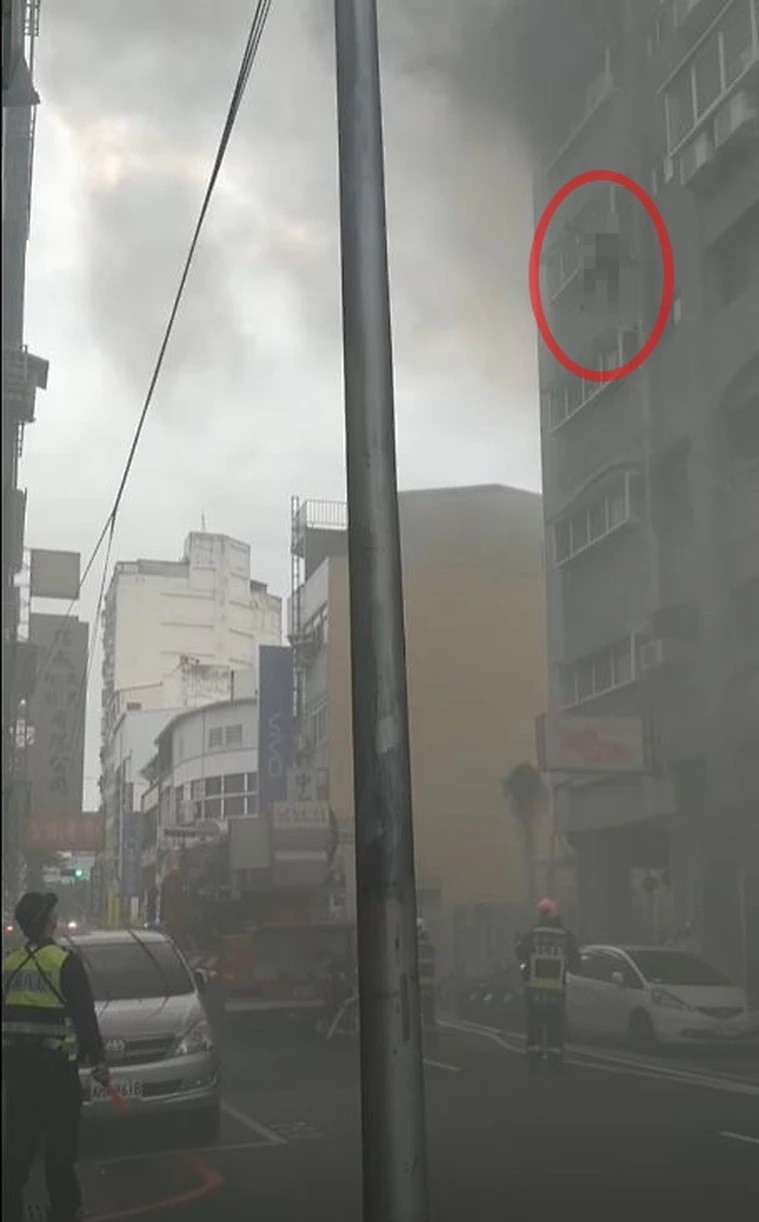