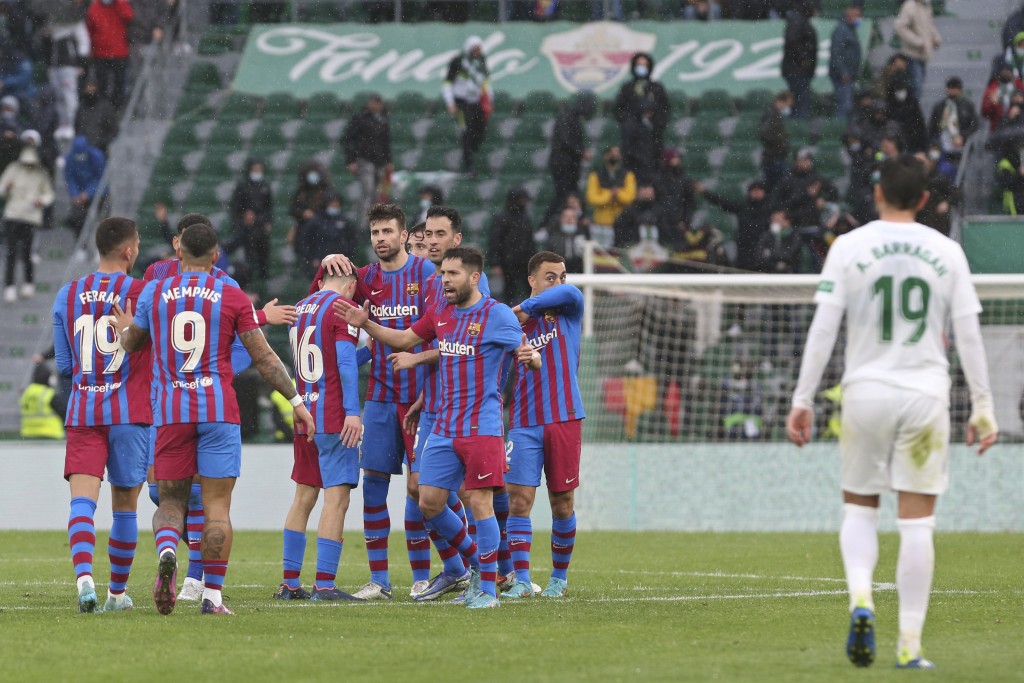 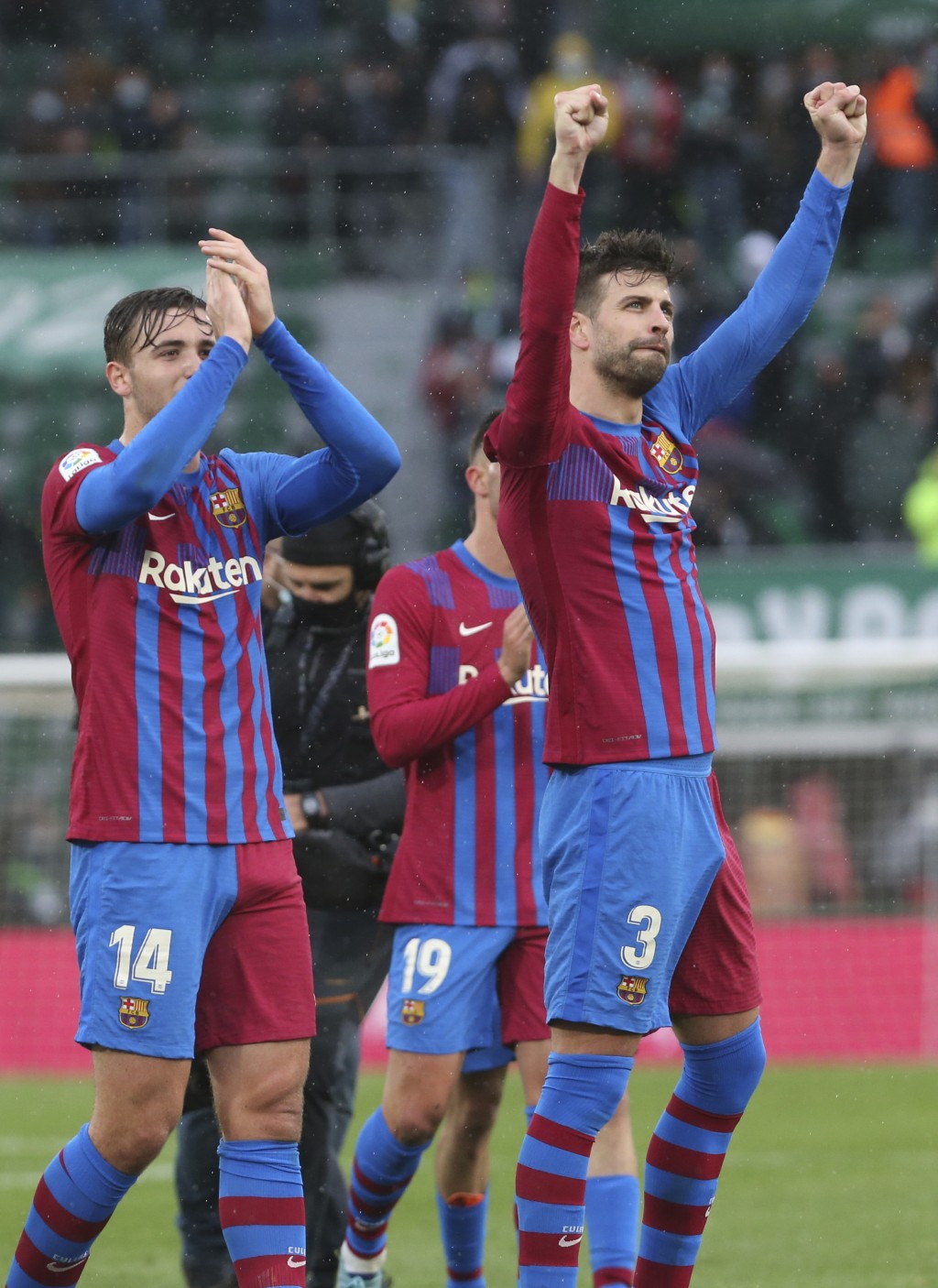 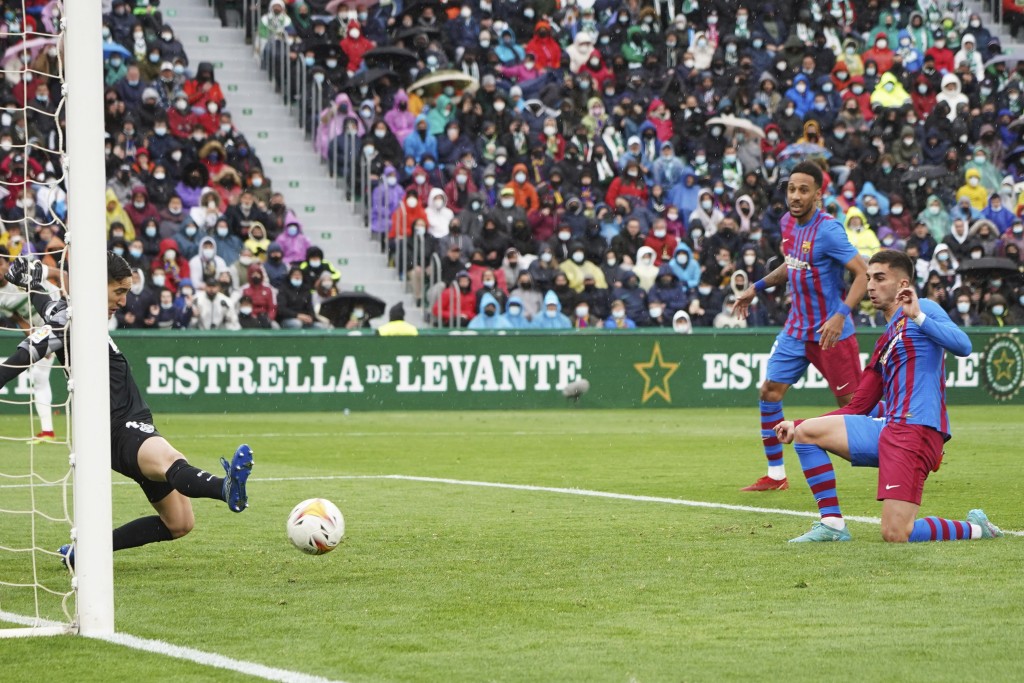 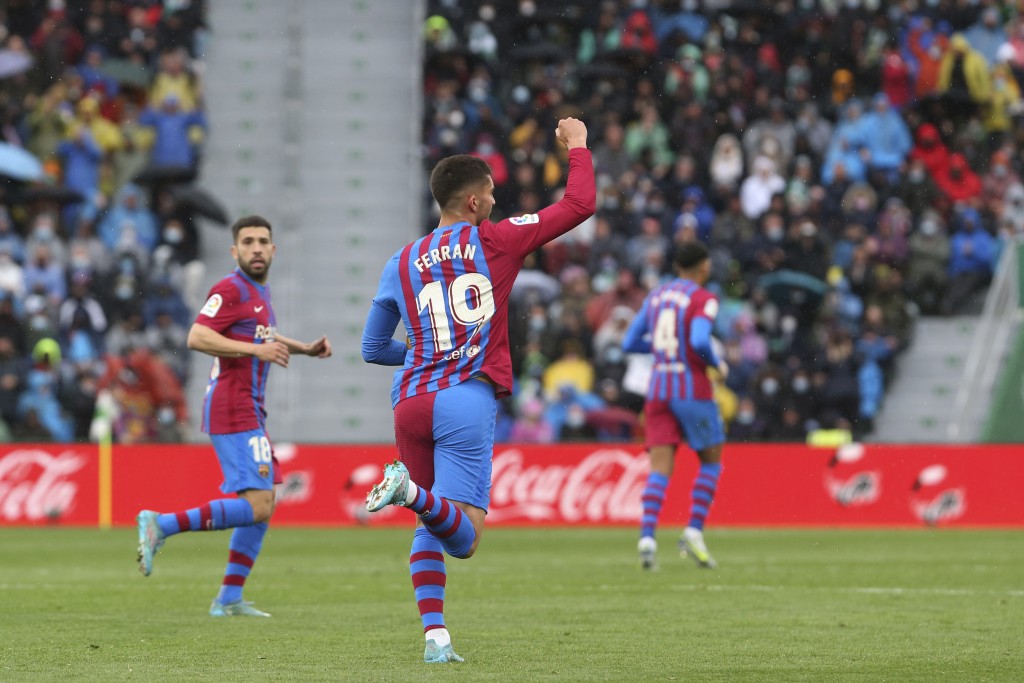 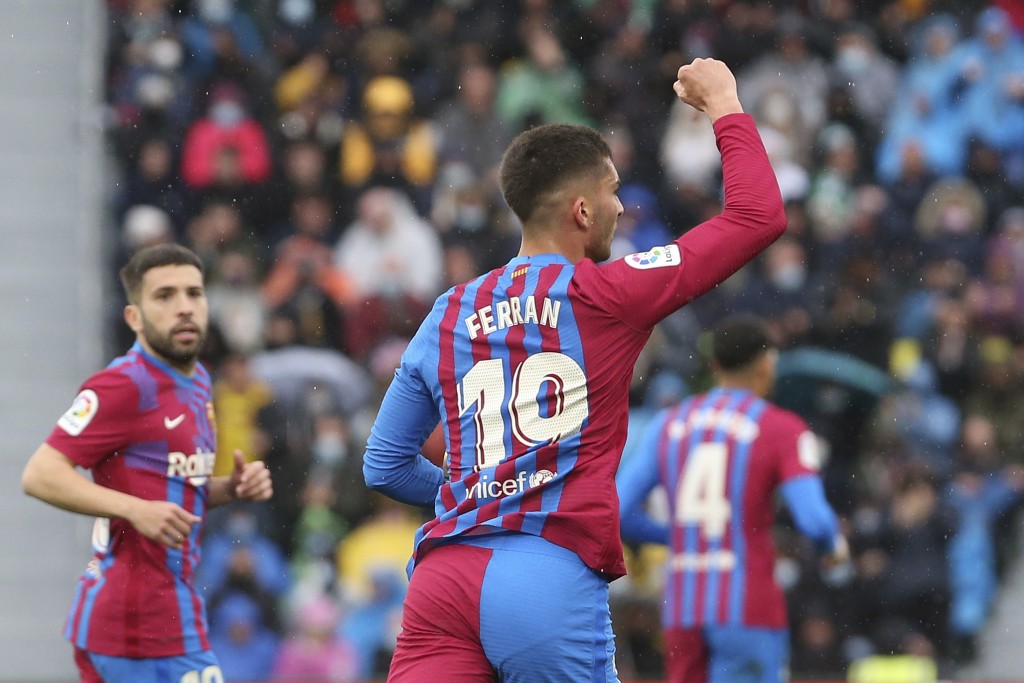 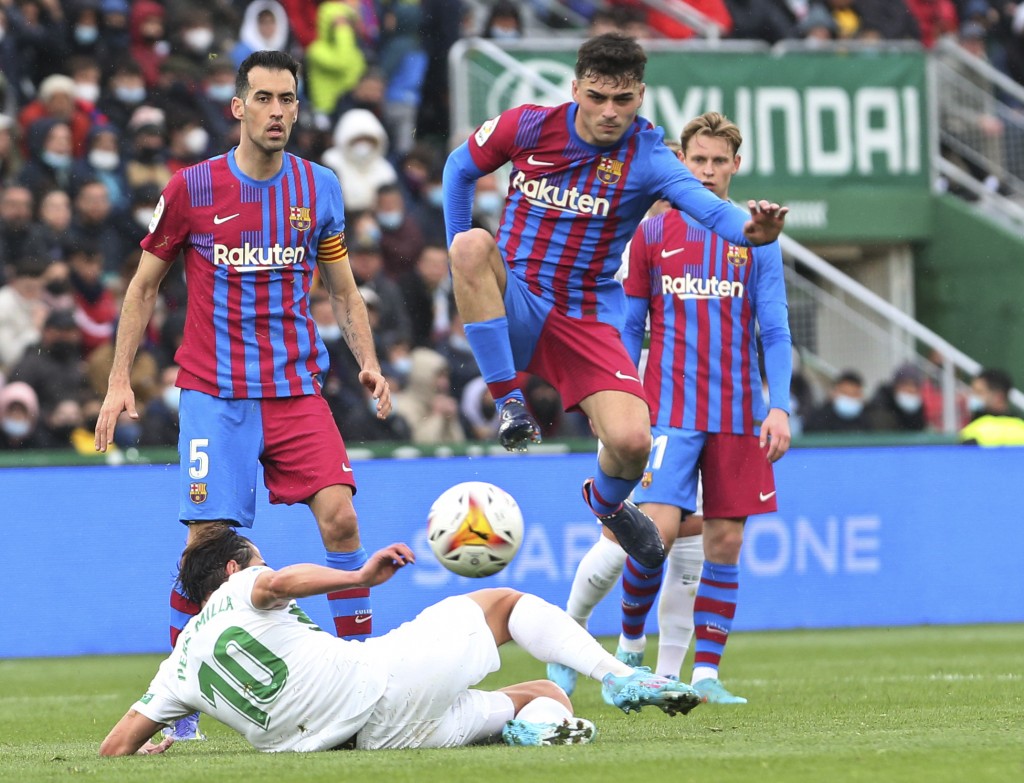 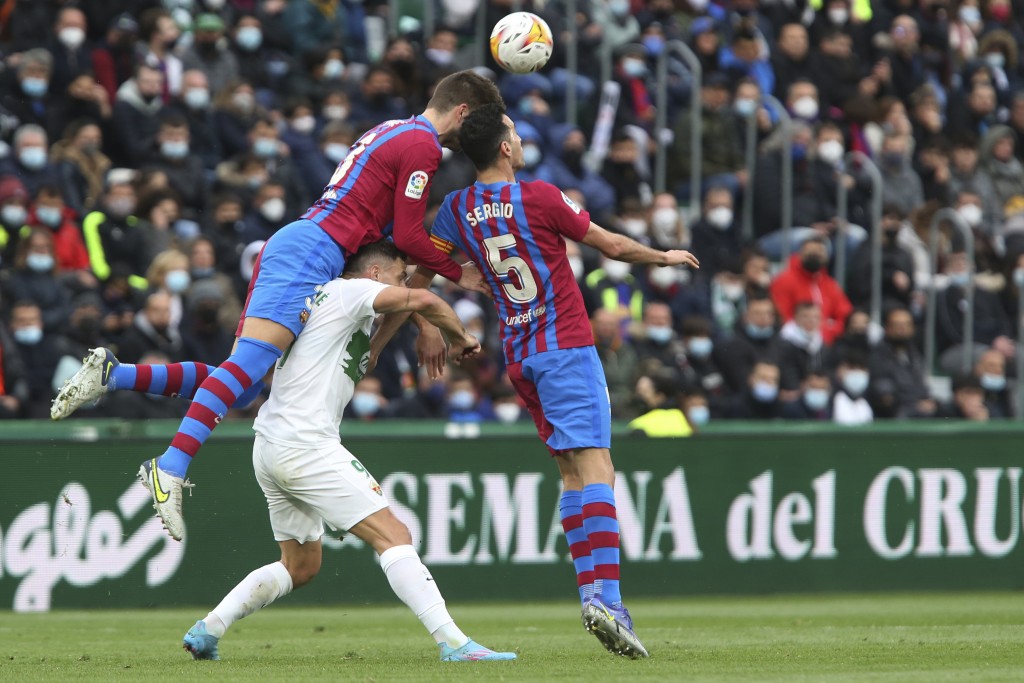 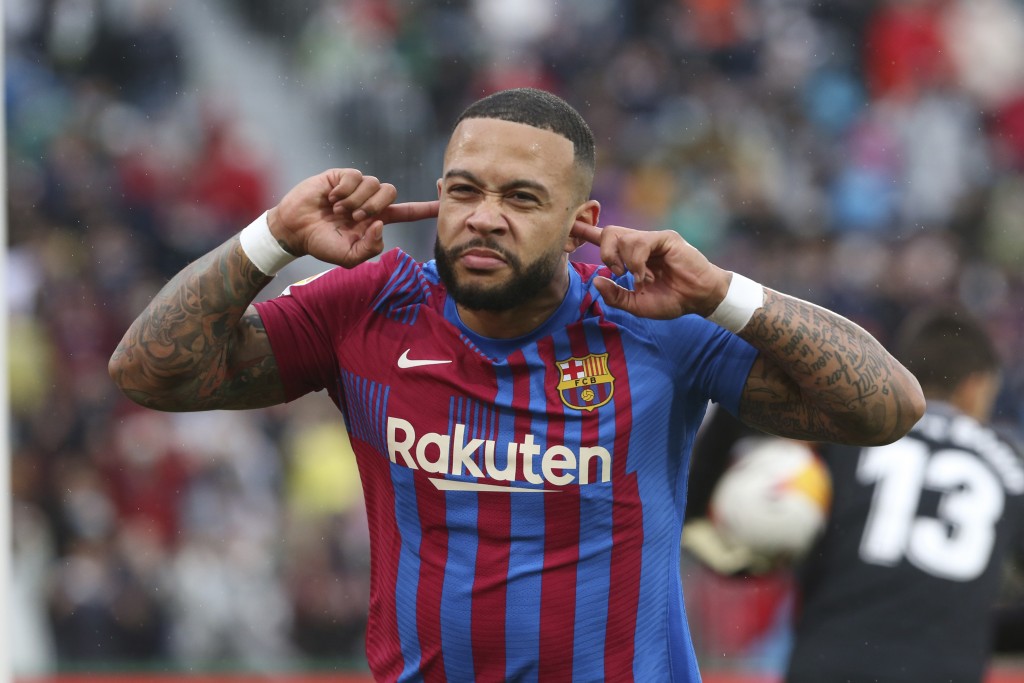 MADRID (AP) — Barcelona displayed its offensive depth on Sunday, resorting to goal-hungry substitutes to salvage a victory and keep its momentum in the Spanish league.

Ferran Torres and Memphis Depay came off the bench to score second-half goals as Barcelona rallied to beat Elche 2-1 to continue its upward move in the standings.

“It's wonderful to be able to have all these forwards on the bench,” Barcelona coach Xavi Hernández said. “Today they made the difference for us.”

The victory moved the Catalan club up a spot to third place, level on points with fourth-place Atlético Madrid, which beat Real Betis 3-1. Barcelona finished the round in the top three for the first time since the opening round.

“It was a crucial win to allow us to keep fighting,” Xavi said. “We are on the right track.”

Moving even higher will prove more difficult. Barcelona is 15 points behind league leader Real Madrid, which routed Real Sociedad 4-1 on Saturday. Second-place Sevilla, which was held 0-0 at Alavés on Friday, is seven points ahead of Barcelona.

Barcelona has a game in hand on both Madrid and Sevilla.

The hosts opened the scoring just before halftime after Pedri González’s clearance inadvertently turned into a pass to Elche forward Fidel Chaves, who entered the area and fired a low shot into the far corner.

Barcelona equalized in the 60th with a close-range goal by Torres, who came in for Gavi Páez at halftime. Ousmane Dembélé, back on good terms with the club after refusing to leave in the winter transfer window, helped set up the goal with a cross from the right side.

Depay, who replaced Pierre-Emerick Aubameyang, scored the winner by converting an 84th-minute penalty kick called after a video review because of a handball.

Elche later loudly complained about a similar handball inside the area against Barcelona that was not called near the end of the game.

Aubameyang was kept scoreless after scoring five goals in his last three games.

Barcelona had won its last three matches in all competitions, scoring four goals each time. It hasn't lost in eight straight games, since the round of 16 of the Copa del Rey against Athletic Bilbao in January.

Despite enduring financial difficulties, Barcelona was able to boost its attack since the departure of Lionel Messi at the end of last season. Torres, Aubameyang and Adama Traoré — who also came on as a second-half substitute — were added to the squad in the winter transfer window. Luuk de Jong was another option for Xavi on Sunday.

“It's difficult to leave out players who deserve to be on the field," Xavi said. ”I have to make these decisions and it's good to have a lot of options to choose from."

Elche, sitting in 14th place, was coming off a demoralizing 3-0 loss at last-place Levante.

João Félix scored twice and Thomas Lemar added another goal as Atlético won 3-1 at Betis to move into fourth place and the final Champions League spot.

It was the third league win in a row for Diego Simeone's team, which trails Barcelona on the head-to-head tiebreaker.

“We are going through a good moment again,” Félix said. “Our attitude has been good and the results are showing.”

Betis, which on Thursday reached the Copa del Rey final, dropped to fifth place with its second consecutive league loss.

Goalkeeper Luca Zidane, son of former France great Zinedine Zidane, made a couple of decisive blunders as Rayo Vallecano lost 2-0 at Cádiz with goals from Rubén Alcaraz and Oussama Idrissi.

Zidane let a weak header get past him for Cádiz's first goal in the 55th, then failed to hold on to the ball after a routine cross that led to the second goal in the 63rd.

It was the first league win at home this season for 18th-place Cádiz, which moved a point from safety.

Rayo, still without the injured Colombian forward Radamel Falcao, has lost six of its last seven games in all competitions. It drew 1-1 with Betis last week in a result which meant elimination in the semifinals of the Copa del Rey.

Celta Vigo conceded an equalizer in the 87th but got the winner with a penalty kick converted by Iago Aspas seven minutes into stoppage time in a thrilling 4-3 win over Mallorca. Celta moved to 10th place with the home win, while Mallorca stayed near the relegation zone.