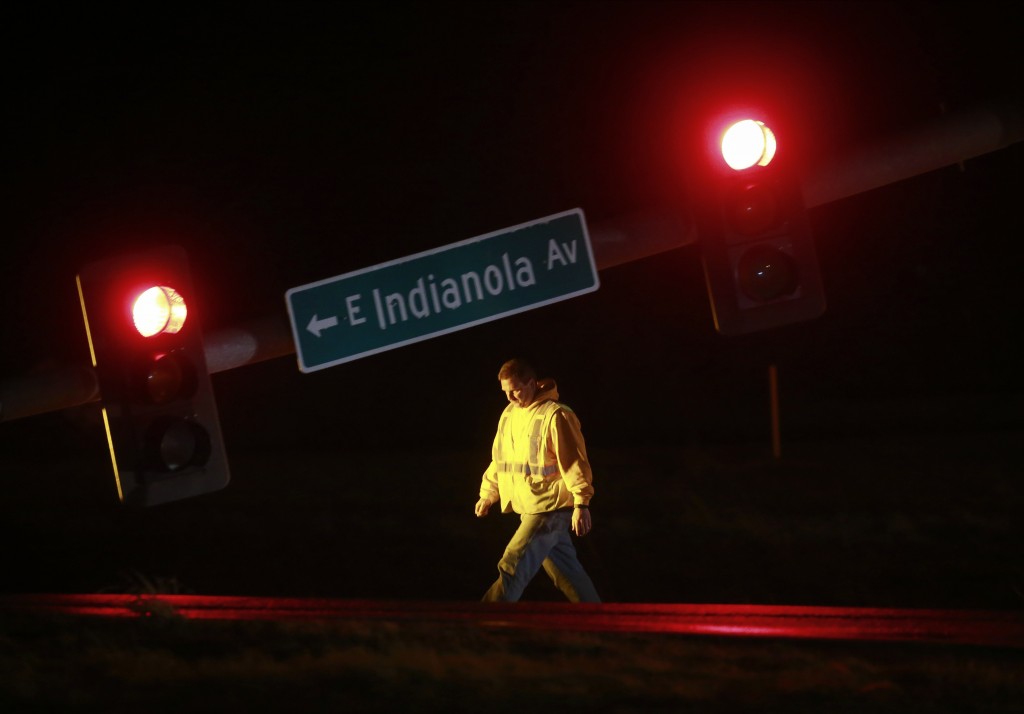 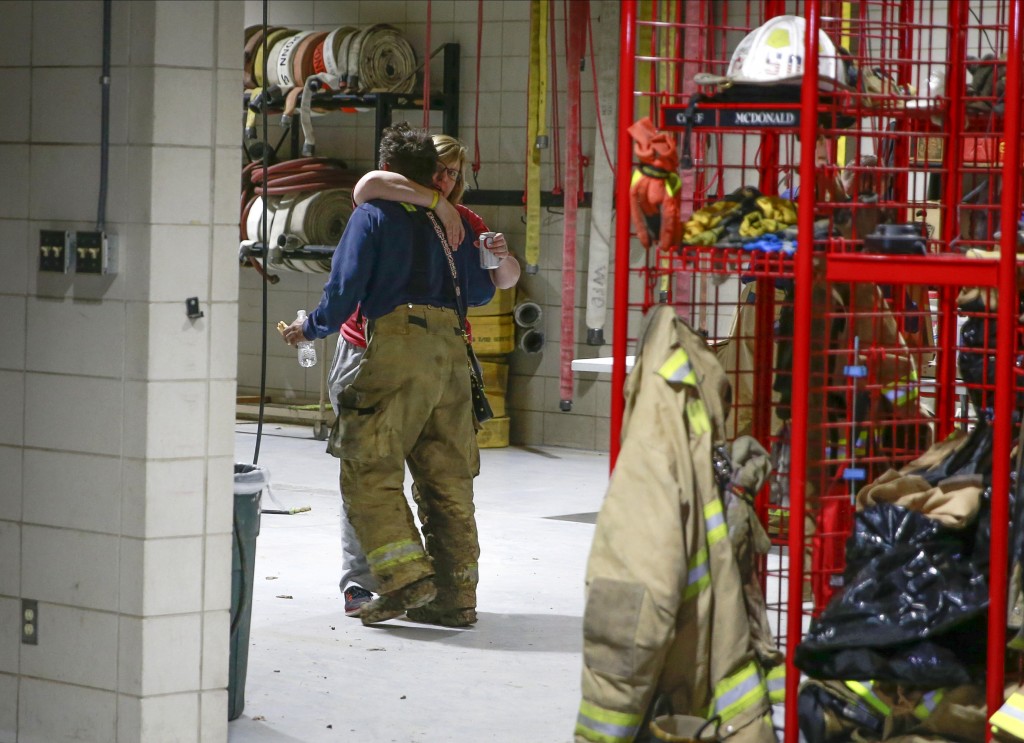 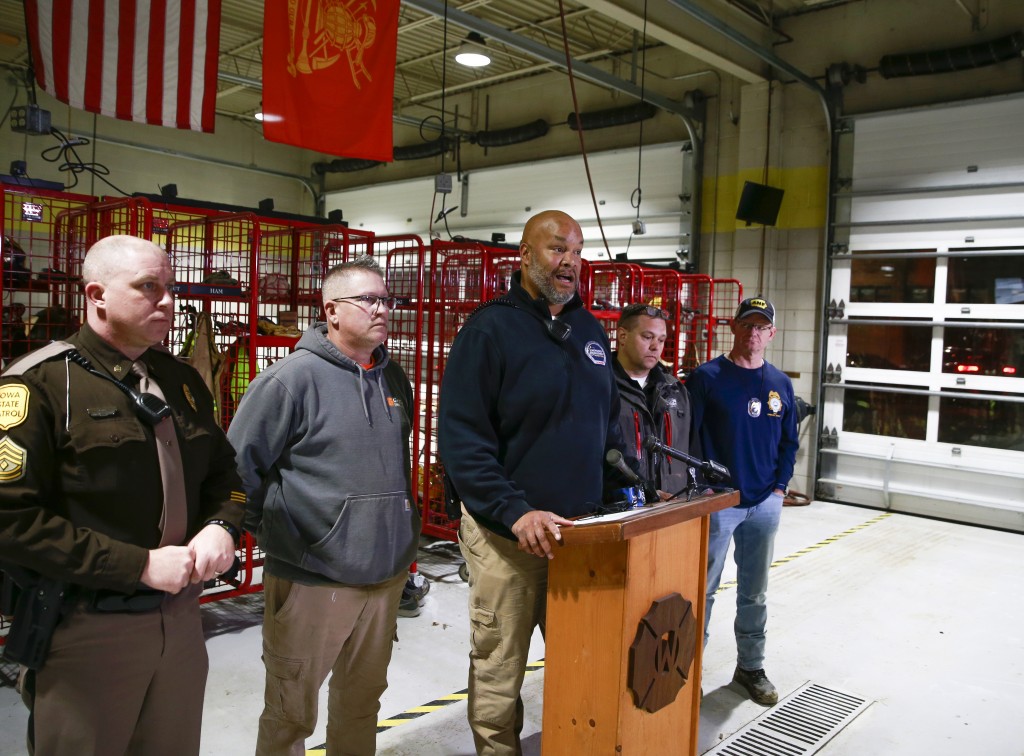 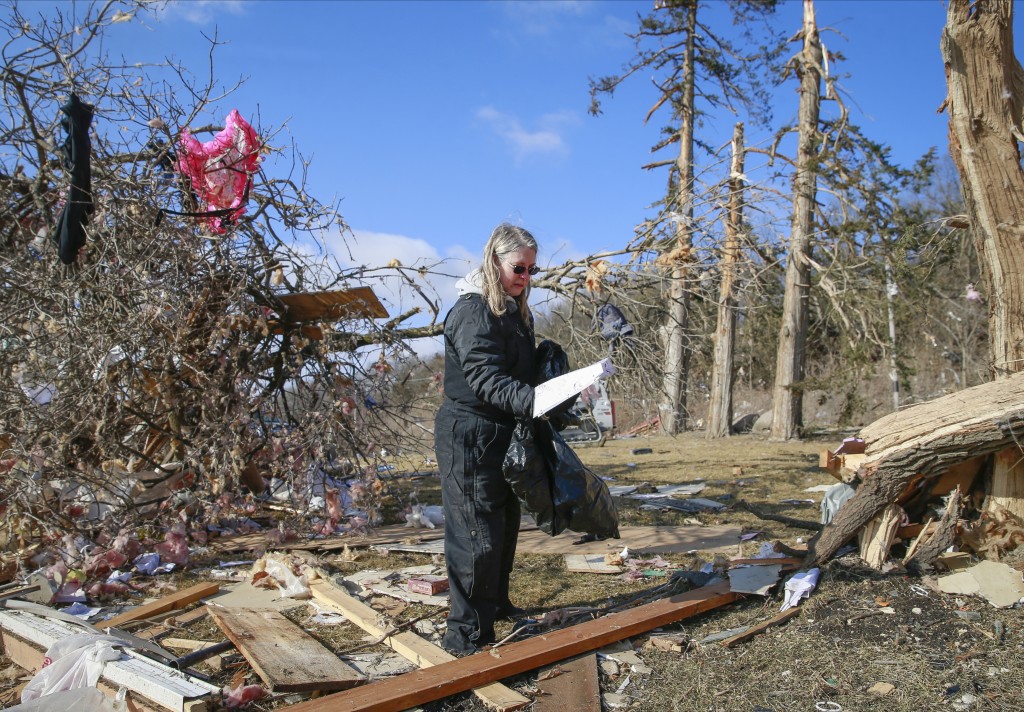 WINTERSET, Iowa (AP) — Seven people were killed, including two children, when several tornadoes swept through central Iowa, destroying homes and knocking down trees and power lines in the state's deadliest storm in more than a decade, authorities said.

Emergency management officials in Madison County said four were injured and six people were killed Saturday when one tornado touched down in the area southwest of Des Moines near the town of Winterset around 4:30 p.m. Among those killed were two children under the age of five and four adults.

In Lucas County, about 54 miles (87 kilometers) southeast of Des Moines, officials confirmed one death and multiple reported injuries when a separate tornado struck less than an hour later.

The state Department of Natural Resources said that person who died was in an RV at a campground at Red Haw State Park in Chariton, Iowa.

Thunderstorms that spawned tornadoes moved through much of Iowa from the afternoon until Saturday night with storms also causing damage in the Des Moines suburb of Norwalk, areas just east of Des Moines and other areas of eastern Iowa. The storms were fueled by warm, moist air from the Gulf of Mexico.

Officials reported a number of homes were damaged or destroyed, roads were blocked by downed lines and tree branches were shredded by the strong winds. At one point, power outages affected more than 10,000 in the Des Moines area. About 800 customers remained without power Sunday evening.

The storms are the deadliest to occur in Iowa since May 2008 when one tornado destroyed nearly 300 homes and killed nine people in the northern Iowa city of Parkersburg. Another tornado a month later killed four boys at the Little Sioux Boy Scout ranch in western Iowa.

Northern Illinois University meteorology professor Victor Gensini said there have been plenty of examples of deadly storms in March even though they are more common in April and May. Saturday's storms were not nearly as unusual as the mid-December tornado outbreak that Iowa saw last year, he said.

Scientists have said that extreme weather events and warmer temperatures are more likely to occur with human-caused climate change. However, scientifically attributing a storm system to global warming requires specific analysis and computer simulations that take time, haven’t been done and sometimes show no clear connection.

Gensini said Saturday’s storms likely caused more than $1 billion in damages over their entire track when the severe damage in Iowa is combined with wind damage as far away as Illinois.

The White House said President Joe Biden was briefed Sunday on the storm devastation in Iowa. Biden reached out Reynolds and directed the leaders of the Department of Homeland Security and Federal Emergency Management Agency to remain in close contact with state and local officials as they assessed damage and determined what federal assistance was needed, the White House said in a statement.

Reynolds teared up as she described the hundreds of people who streamed into the area to volunteer their help to clear debris that blocked roads and littered the hardest hit areas. Homeowners and volunteers were picking up wood debris and beginning to clear it away Sunday in the rolling hills south of Winterset as chainsaws whirred away in the background.

“It’s just unbelievable. I tried to walk through and thank them and over and over (and) the response was, we’re Iowans and that’s what we do,” she said.

The foundation was all that was left of several homes. The tornado carved a path of destruction along a ridge while several hundred feet away other homes were undamaged.

“With trees and debris and everything around, just to go out there and start the search and rescue and get the people affected out of there, I cannot express the heroism of the first responders who were out there last night," Ayala said.

Six people hurt in Madison County, which is known for the “Bridges of Madison County” book and movie, were being treated for injuries Sunday, but their conditions weren't immediately available.

The National Weather Service in Des Moines said Sunday that the tornado that killed one person in Lucas County remained on the ground for more than 16 miles (25.75 kilometers) and rated an EF-3 on the Enhanced Fujita scale with peak winds of 138 mph. The damage assessment for the Winterset tornado isn't likely to be completed until Monday, but the Weather Service tweeted Saturday that initial photos of the damage there suggested that tornado was also at least an EF-3 tornado.

Elsewhere, the National Weather Service said the storms generated an EF-1 tornado in southeastern Wisconsin near Stoughton that included winds up to 80 mph. The storm flattened trees, snapped power poles and blew out windows in homes. No injuries were reported.

The spelling of Kinlee Bolger’s first name has been corrected.