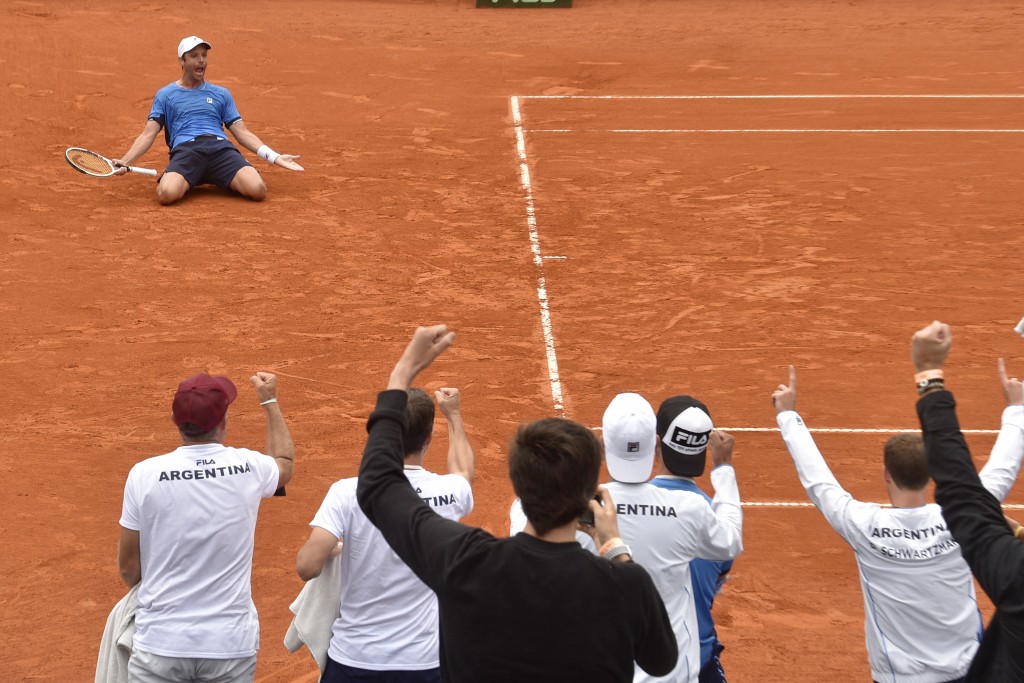 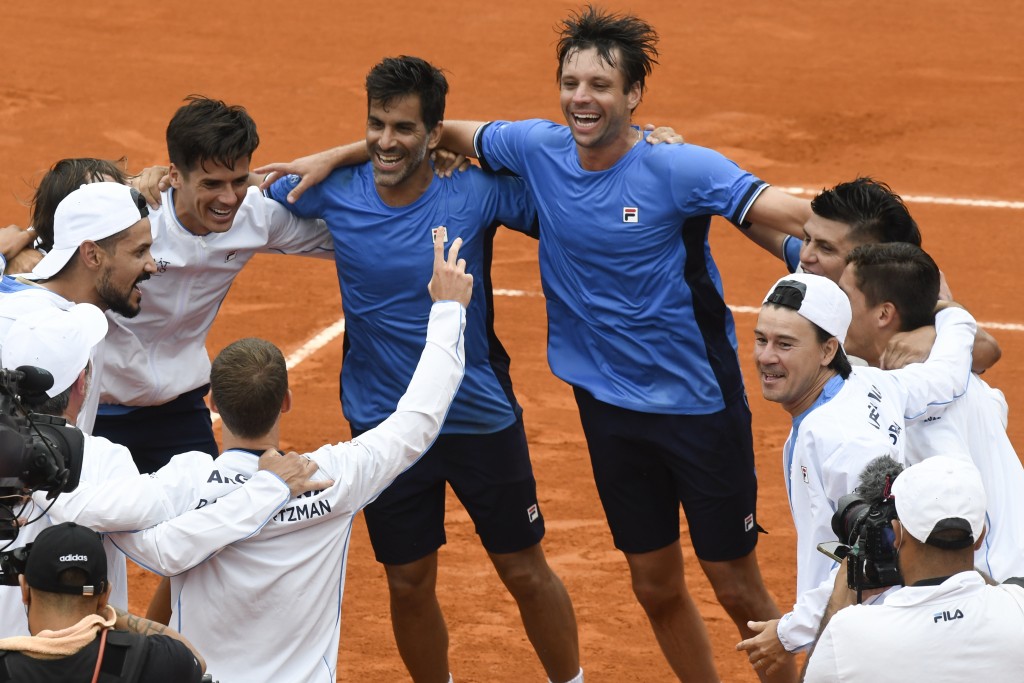 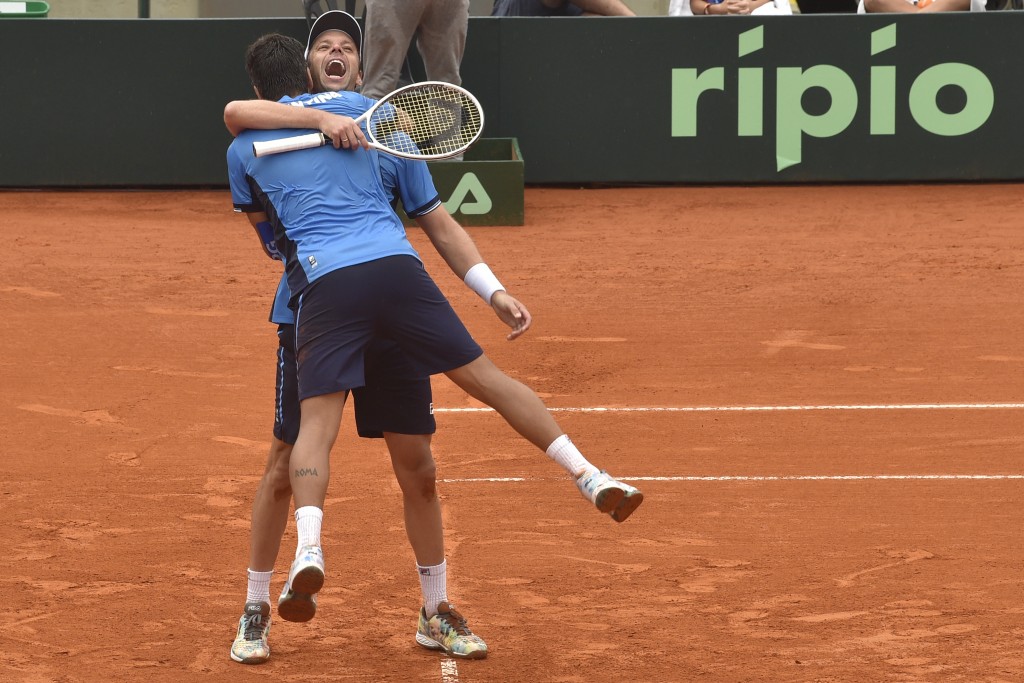 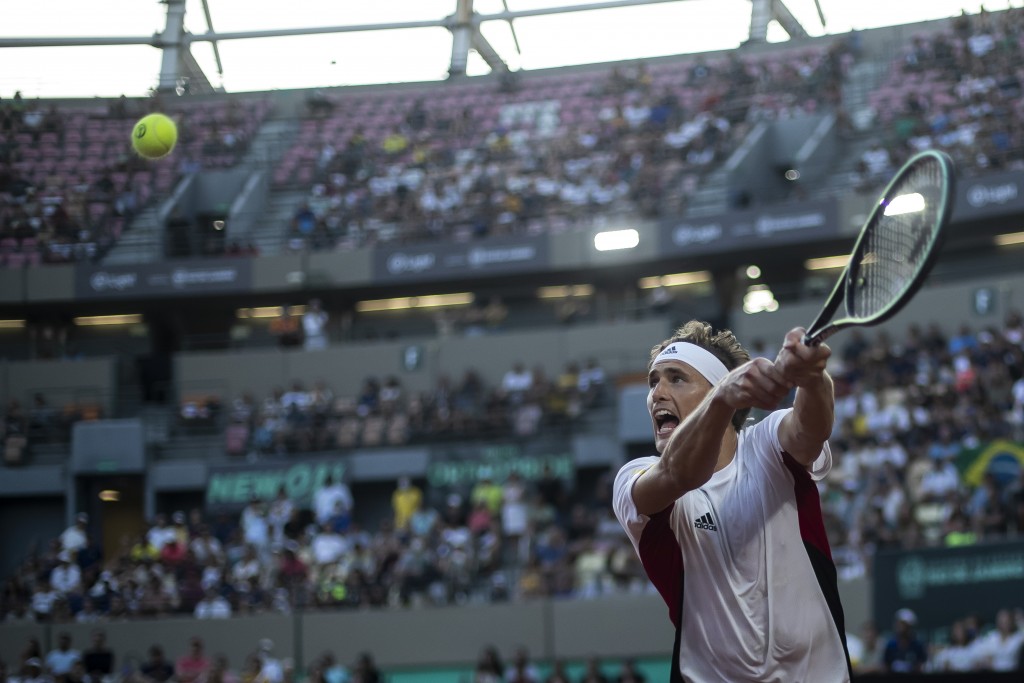 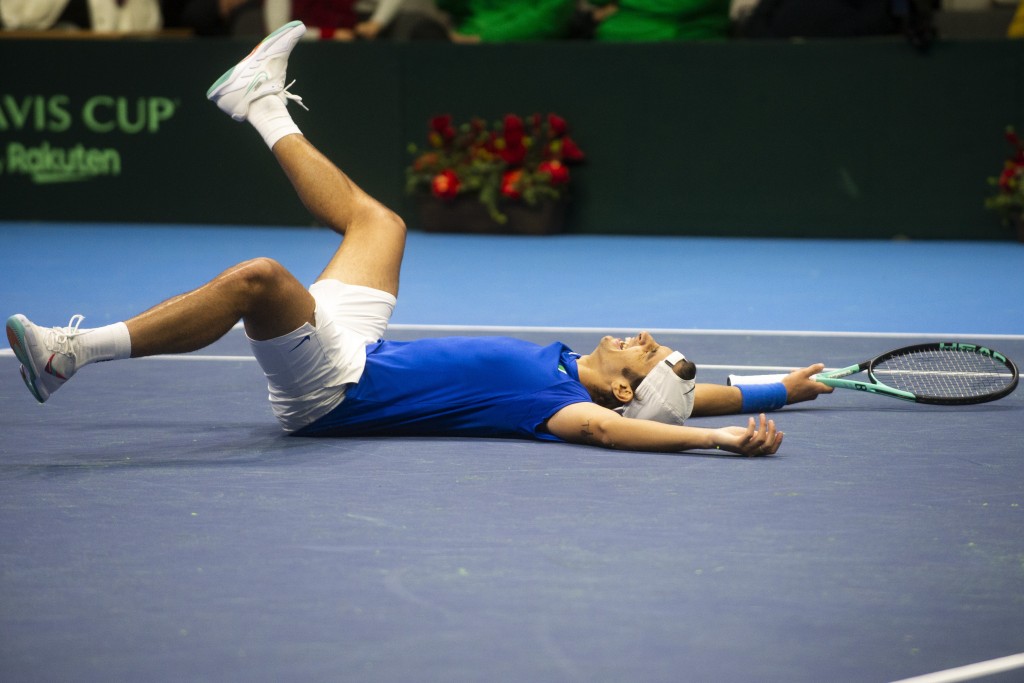 France, Spain, the United States and Argentina eased into the Davis Cup Finals while Belgium scraped past host Finland 3-2 in the qualifiers on Saturday.

Australia came from behind to beat Hungary 3-2 in Sydney, as did Italy against Slovakia in Bratislava.

France ticked all of its boxes in defeating Ecuador 4-0 in Pau, its first home tie since the 2018 final. Arthur Rinderknech earned his first singles win, Benjamin Bonzi won on debut, and the doubles team of Pierre-Hugues Herbert and Nicolas Mahut remained unbeaten in six years.

Spain took out Romania 3-1 in Marbella. After Roberto Bautista Agut and 19th-ranked Carlos Alcaraz, on debut, won the opening singles on Friday, Romania pegged them back on Saturday in the doubles when Marius Copil and Horia Tecau — playing Davis Cup for 13 years — won. But Bautista Agut clinched the tie in beating Copil, playing his third match in two days, 6-2, 6-3.

The U.S. doubles team of Rajeev Ram and Jack Sock built on the singles wins of Sebastian Korda and Taylor Fritz on Friday by clinching the tie against Colombia 3-0 in Reno, Nevada, after topping Nicolas Barrientos and Juan-Sebastian Cabal 6-3, 6-4.

A strong Argentina team led by Diego Schwartzman and Horacio Zeballos beat the Czech Republic 4-0 in Buenos Aires for the loss of one set.

Unheralded Zizou Bergs, ranked 163rd, came through for Belgium, the Davis Cup runner-up in 2015 and 2017, against Finland in Espoo.

Finland led 2-1 after the doubles, but David Goffin beat Emil Ruusuvuori for his second point and Bergs, who lost to Ruusuvuori on Friday, won the decisive point for Belgium by dispatching Otto Virtanen 6-4, 6-0.

Australia was also 2-1 down after the doubles against Hungary, but won the reverse singles in straight sets when Alex de Minaur beat Marton Fucsovics — both ranked in the 30s — and Thanasi Kokkinakis defeated Zsombor Piros in the clincher.

Alexander Zverev, the only top-five player in action this weekend, sealed Germany's 3-1 win over Brazil in Rio de Janeiro. Brazil's Thiago Monteiro upset Jan-Lennard Struff on Friday but the No. 3-ranked Zverev put him away 6-1, 7-5 in the first reverse singles. Germany hasn't won the Davis Cup in nearly 30 years.

Elias Ymer, ranked 133 in singles and 390 in doubles, starred for Sweden after his younger brother Mikael was injured before facing Japan in Helsingborg. Elias won his Friday singles and first Davis Cup doubles on Saturday. Taro Daniel evened the tie at 2-2 and Elias won it after beating Yosuke Watanuki 6-3, 6-3.

Only two ties didn't go as seeded: Under-manned Canada lost to the Netherlands for the first time in 18 years, and Austria lost to South Korea in Seoul.

Canada didn't have No. 9-ranked Felix Auger-Aliassime or No. 13 Denis Shapovalov and debuted Alexis Galarneau. The 2019 finalist lost to the Netherlands 4-0 and didn't win a set at The Hague.

South Korea reached the World Group for the first time in 14 years. Dennis Novak won the first point for Austria but Soonwoo Kwon won his two singles, and Jisung Nam and Minkyu Song won the doubles for a 3-1 win without a set dropped.

The 12 winners on Saturday advanced to World Group I of the Davis Cup Finals in mid-September, joining 2021 runner-up Croatia and wild cards Britain and Serbia. Yet to be determined was a replacement for 2021 champion Russia, excluded this week after that country's invasion of Ukraine. The top eight go to the Finals in late November.