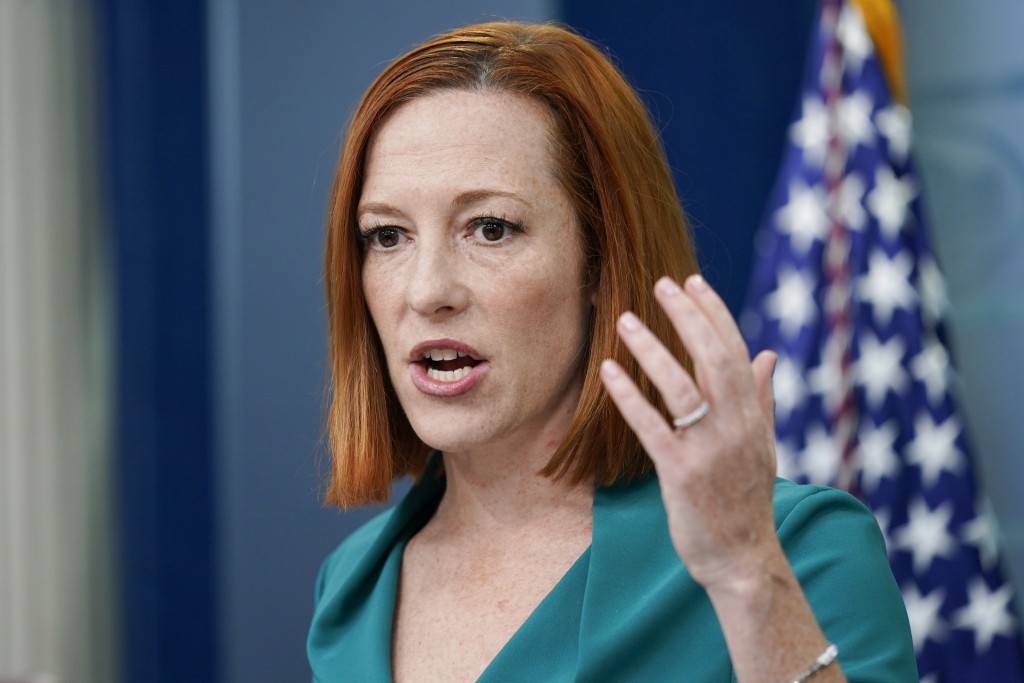 WASHINGTON (AP) — The U.S. will soon begin to run out of money to bolster COVID-19 testing supplies and to guarantee that uninsured Americans keep getting free treatment for the virus unless Congress swiftly approves more funding, the White House warned.

Nearly a year after passage of the $1.9 trillion American Rescue Plan, the administration says the federal government has nearly used up the money dedicated directly to COVID-19 response. More money from Congress is urgently needed to buy antibody treatments, preventative therapy for the immunocompromised and to fund community testing sites, officials say.

“From the COVID side, the bank account is empty,” said COVID-19 deputy coordinator Natalie Quillian. “We’re in conversations with lawmakers about how to secure the funding, but it’s urgently needed.” Some of the consequences could be felt later this month.

The White House last month told Congress it was preparing to seek $30 billion for the virus response, but cut that to $22.5 billion in a formal request earlier this week that officials said includes only the most critical needs. It's being coupled with a $10 billion request to provide support to Ukraine and its people after Russia’s invasion.

“This is an urgent request and this is what is at stake in our fight against COVID,” press secretary Jen Psaki said on Friday.

This month, the White House warns, COVID-19 testing manufacturers will begin to slow production of at-home rapid tests unless the federal government signs contracts to buy more. Officials say that could result in a supply crunch should there be another surge in cases.

They also said the Health Resources and Services Administration will be forced to begin winding down claims for COVID-19 treatment for uninsured people this month if Congress doesn’t provide more money. Moreover, the U.S. government supply of monoclonal antibodies would run out in May. And in July, supplies of the AstraZeneca prophylactic injection that can prevent serious illness in immunocompromised individuals would go dry. By September, the U.S. would run out of supplies of an oral anti-viral pill.

“Given how costly COVID has been with so many of our fellow Americans hospitalized or dying, and our daily lives disrupted, we simply cannot afford to wait on investing now and keeping people protected,” said Psaki.

The U.S. has enough shots of the Pfizer vaccine for children under age 5, should it be approved in the coming weeks. But if regulators make it a three-dose vaccine regimen, the administration would need more money to buy additional doses. The same would also be true if regulators determine that kids aged 5-11 should receive booster shots.

The White House emphasized that the federal government must sign contracts for drugs and vaccines months before they’re needed, so Congress must act now to prevent any gaps.

Some Republicans have expressed sticker shock at Biden’s request, pressing the administration to repurpose other relief funding that hasn’t been spent.

“Oh no, that’s too much,” Alabama Sen. Richard Shelby, top Republican on the Senate Appropriations Committee, said Thursday when asked about the administration’s $22.5 billion request. “And secondly, we want to see how much money is out there" that hasn’t been spent yet from previously approved COVID-19 relief measures.

Sen. Mitt Romney, R-Utah, and 35 other GOP senators wrote Biden on Tuesday that before supporting new money, they want “a full accounting” of how the government has spent funds already provided.

The White House says it’s open to exploring reallocating already-approved, unspent money, but emphasized that the priority must be to continue meeting needs.

And the administration will ask Congress for additional funding in coming weeks.

“We are being reasonable in our urgent request now, but we know more will be needed,” said Quillian.

Since the onset of the pandemic, the federal government has worked to make COVID-19 treatments and vaccines free. Earlier this year, Biden began shipping up to eight free virus tests to U.S. households.

Quillian said the administration is open to eventually shifting the cost of drugs to insurers, like treatments for other illnesses, particularly as the virus becomes subsides. But she said that the White House believes COVID-19 recovery is still too fragile to make the change yet, and that Washington needed to foot the bill.

The COVID-19 relief bills enacted since the pandemic began have contained $370 billion for public health programs including vaccines and other medical supplies, testing, research, and reimbursing providers, according to a Department of Health and Human Services table obtained by The Associated Press.

Of that amount, $355 billion is currently being spent, has been spent or has been committed to contracts, according to HHS.

This story was first published on March 5, 2022. It was updated on March 7, 2022 to correct that AstraZeneca’s COVID-19 prophylactic for immunocompromised individuals is not a pill, but delivered by injection.