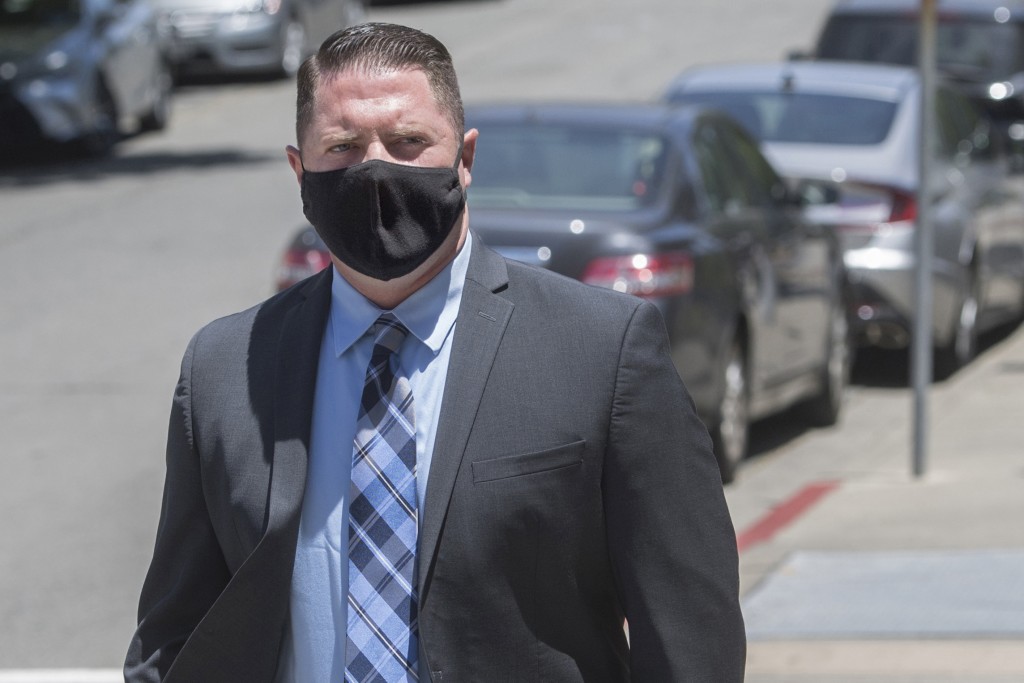 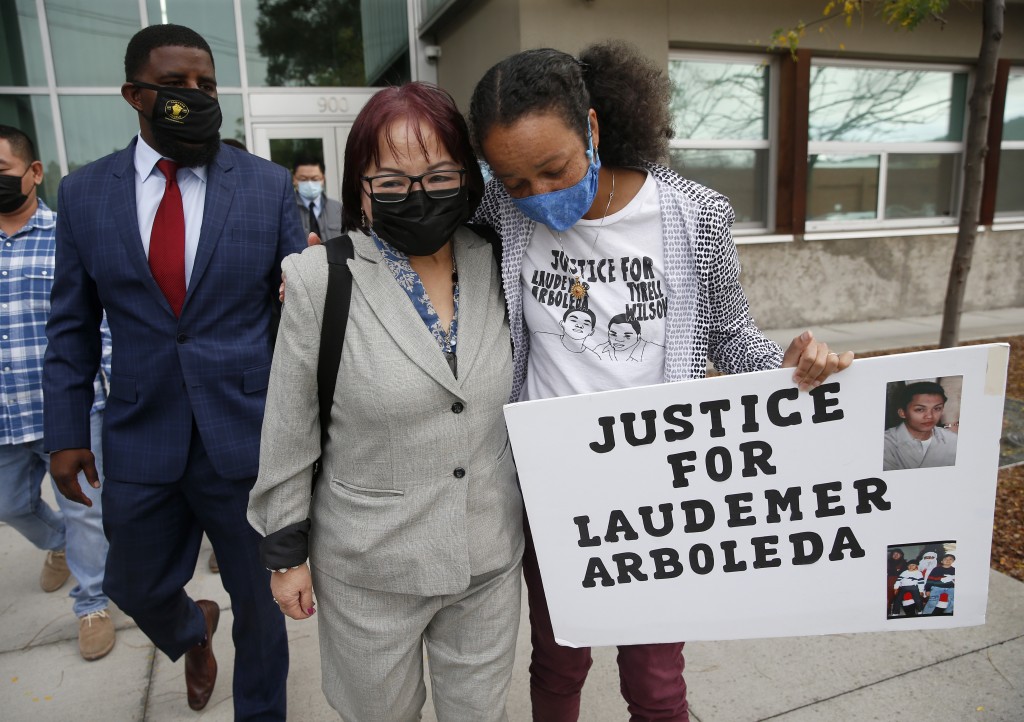 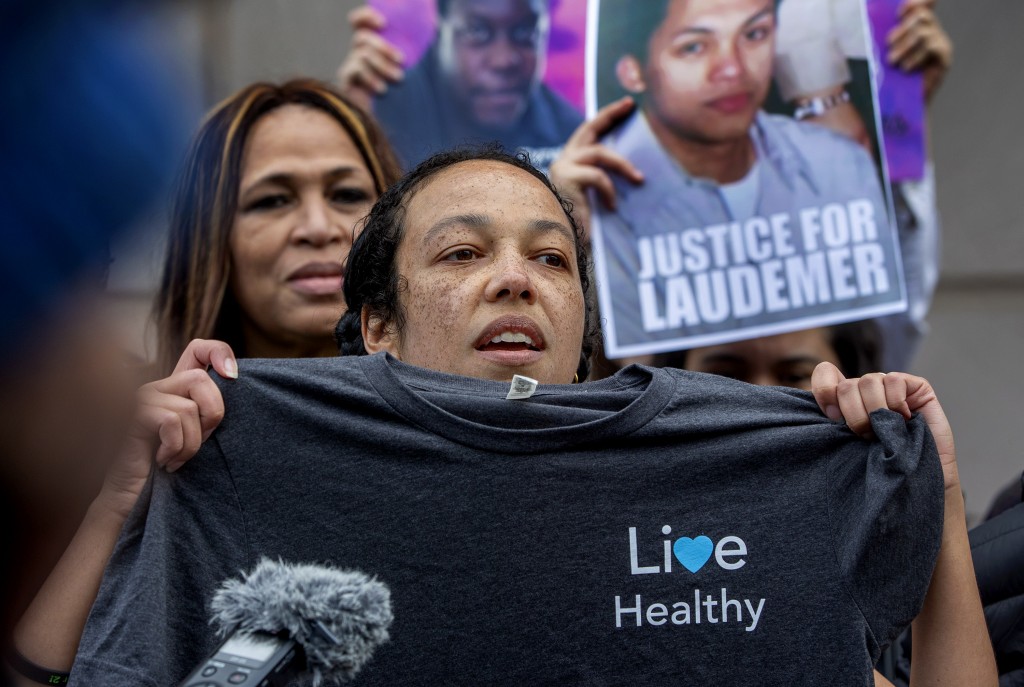 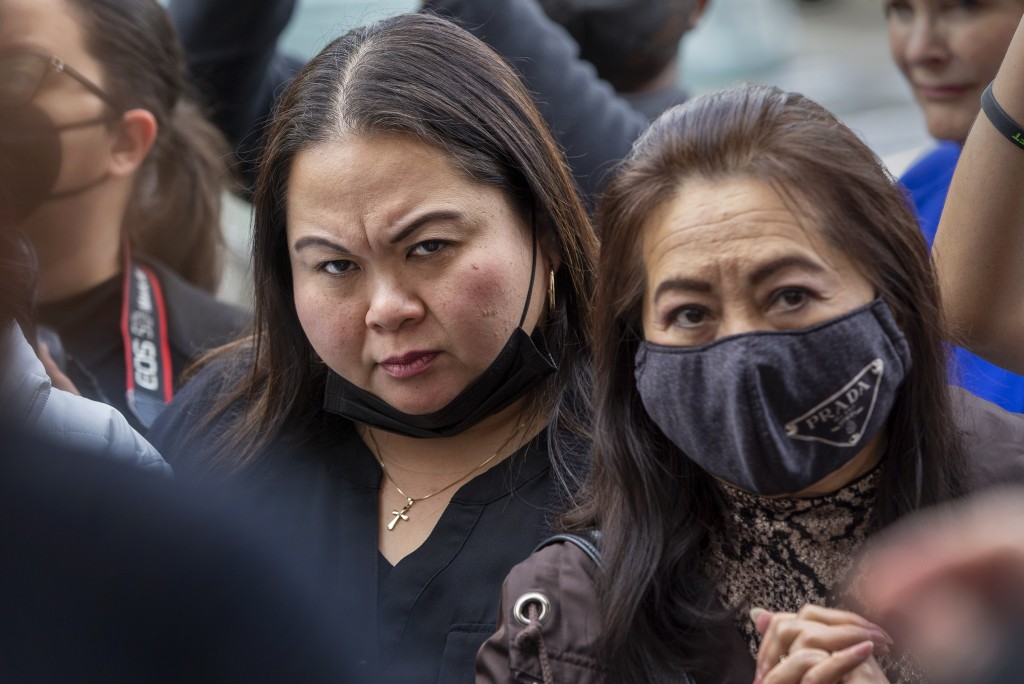 A California police officer was sentenced Friday to six years in prison for fatally shooting an unarmed mentally ill man during a slow-speed car chase in a wealthy San Francisco suburb.

An attorney for the man’s family called it “a watershed moment” and an example of progress being made in California and elsewhere in holding law enforcement accountable.

Contra Costa County Superior Court Judge Terri Mockler said evidence showed that 33-year-old Laudemer Arboleda was driving 6 mph (10kph) as he tried to evade Danville police officer Andrew Hall, who fired a barrage of bullets into him that violated his own training and put fellow officers in danger.

Hall made “extremely poor choices," the judge said, and Arboleda did not deserve to die for evading an officer.

“While he may have violated the law, it was no law that carried a sentence of death for him," the judge said.

The victim's mother, Jeannie Atienza, said in statement that the sentence brings some closure to the family now that Hall has been held to some account.

They want Hall retried on the voluntary manslaughter charge that a jury deadlocked on in October. Jurors convicted Hall of assault with a firearm for the shooting.

“Our family has been through hell," she said.

Atienza said it pained the family that it took nearly three years to bring charges against Hall, during which time he fatally shot another man, Tyrell Wilson, who was homeless and mentally ill.

“The preferential treatment shown to Hall as an officer throughout this trial has only added to our trauma,” she said.

The case marked the first time a police officer was charged in an on-duty shooting in Contra Costa County, east of San Francisco, and is part of a push by more prosecutors to punish police misconduct after the killing of George Floyd in Minneapolis set off nationwide calls for social justice.

“It’s been a 30-year march toward this kind of decision,” Burris said. The March 3, 1991, beating of King and subsequent acquittal of the police officers triggered riots that rocked Los Angeles. “This is kind of a new day.”

Seated in the courtroom were families of other victims of police violence who came to show support, including relatives of Oscar Grant and Tyrell Wilson.

The shooting of Arboleda took place after a resident called 911 on Nov. 3, 2018 to report that a suspicious person later identified as Arboleda was knocking on doors and lingering outside homes in a Danville cul-de-sac. When officers arrived, they saw the 5-foot-5 Arboleda get into into his car and drive away.

Arboleda led officers on a nine-minute slow-speed chase through Danville. Hall was not involved in the initial pursuit but stopped his vehicle at an intersection to block Arboleda’s car.

Police video footage shows Hall stepping in the path of Arboleda’s vehicle and firing a volley of shots into the windshield and passenger-side window. Nine bullets hit Arboleda, including a fatal shot to his chest.

Hall’s lawyers said the officer feared for his safety, and used body cam footage to show the right front tire of Arboleda’s car was pointed at Hall when the shooting started, indicating it was heading in his direction. Halls' lawyers say they plan to appeal Friday's sentence.

Before handing down the sentence, Mockler noted that Hall had been trained not to shoot into moving cars and by doing so had turned Arboleda’s vehicle into “an unguided missile,” that careened into the intersection and collided with the car of an innocent bystander. His gunfire, shot in the direction of other officers, also put his fellow officers at risk. But mainly, the judge stressed that Arboleda had done nothing wrong aside from flee the police.

“It is true that we all have a duty when pursued by police officer with lights and sirens going to pull over,” she said, describing Arboleda as a “particularly vulnerable” victim. “He did not deserve to die for evading a police officer. That is really the crux of this.”

It also came six weeks after Hall, who is white, shot and killed Tyrell Wilson, a Black homeless man whose family said he suffered from depression and paranoia. The shooting of Wilson remains under investigation.

The fatal shootings in a span of 2 1/2 years by the same officer cast a spotlight on what criminal justice activists call a case of delayed justice and its deadly consequences.

The Contra Costa Sheriff’s Office, which has a contract to provide police services to Danville, had cleared Hall of misconduct after its own nine-month investigation into Arboleda’s shooting.