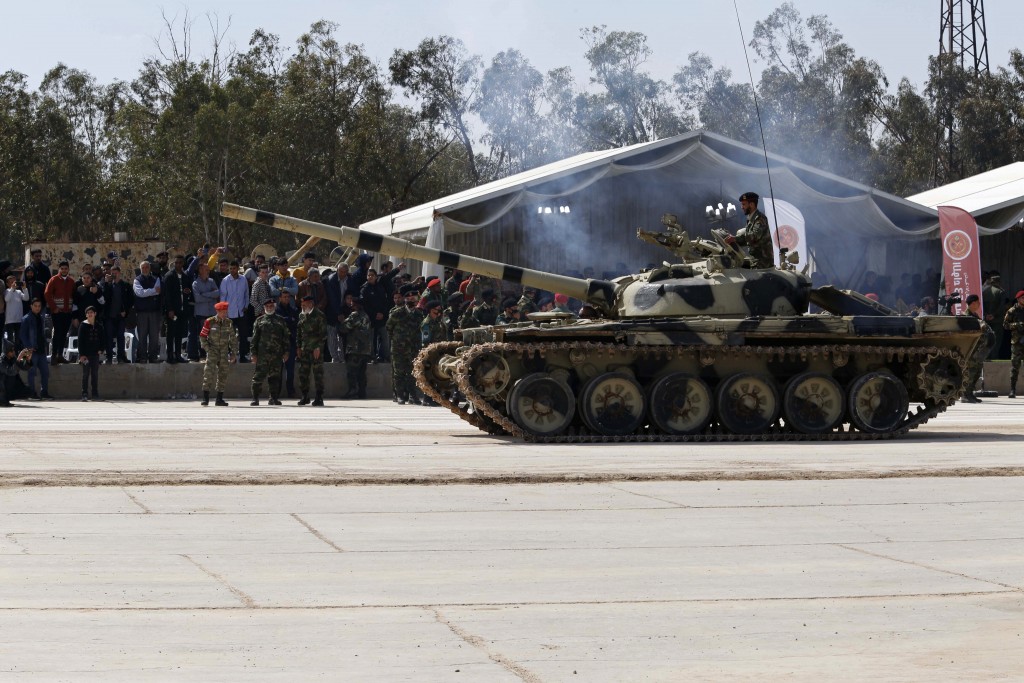 CAIRO (AP) — The U.N.'s top official for Libya on Friday urged the country's divided factions to refrain from violence and agree on a framework for the future. Libya is being pulled apart again, with two rival governments claiming power after tentative steps towards unity in the past year following a decade of civil war.

Stephanie Williams, the U.N. special adviser on Libya, invited lawmakers to appoint 12 members to a committee that will work to overcome the political deadlock.

“The solution to Libya’s crisis does not lie in forming rival administrations and perennial transitions,” Stephanie Williams, the U.N. special adviser on Libya tweeted. “Libyans need to agree on a consensual way forward that prioritizes preserving the country’s unity and stability.

Lawmakers in the eastern city of Tobruk swore in a transitional Cabinet on Thursday, with Fathi Bashagha acting as its prime minister. His government is meant to replace that of Tripoli-based Prime Minister Abdul Hamid Dbeibah.

Dbeibah was appointed through a U.N.-led process in February 2021 on the condition that he shepherd the country until elections that were supposed to take place in December. The vote never took place, triggering the push to replace him with Bashagha.

Dbeibah maintains that he will only hand over power to an elected government, and has proposed a four-point plan to hold a simultaneous parliamentary vote and referendum on constitutional amendments late in June.

The appointment of Bashagha, a powerful former interior minister from the western city of Misrata, is part of a roadmap that also involves constitutional amendments and sets the date for elections within 14 months.

The delay of the elections was a major blow to international efforts to end a decade of chaos in the oil-rich Mediterranean nation.

According to Williams, once the lawmakers appoint a committee, it would meet on March 15 under U.N. auspices for two weeks, to work towards a constitutional framework for elections. She said her invitation was extended to lawmakers from the country’s two parliamentary chambers, which have been split between the rival governments. Williams said she would wait for their response.

Libya has been unable to hold elections since its disputed legislative vote in 2014, which caused the country to split for years between rival administrations in the east and west, each backed by armed militias and foreign governments.

France, Germany, Italy, Britain and the United States issued a joint statement Friday in support of Williams' efforts, saying they echo the “call on all actors to refrain from actions that could undermine stability in Libya" and encouraged all Libyan stakeholders to work to “establish a consensual constitutional basis that would lead to national elections as soon as possible."

After taking the oath on Thursday, Bashagha told parliament in the eastern city of Tobruk that armed groups had abducted the newly appointed ministers for foreign affairs, culture and technical education — and shot at others who were on their way to the swearing-in ceremony. The reports could not be independently verified.

Bashagha's government issued a statement Friday, saying two of the ministers were released thanks to the intervention of security agencies. No further details were provided, including who was behind the abductions. The statement quoted Bashagha as condemning such “unlawful acts”.

It's unclear what happened to the third minister.

Also on Friday, The International Crisis Group warned that there were signs that the situation may escalate into a military confrontation, citing reports that armed groups allied with the Tripoli-based government had closed Libyan airspace to prevent ministers from traveling to Tobruk to take part in Bashagha’s swearing-in ceremony.

The group urged the international community to take a unified stance on Libya. “What happens next will depend largely on how foreign powers react,” read the statement. “A splintered international response could encourage an institutional split and military mobilization.”