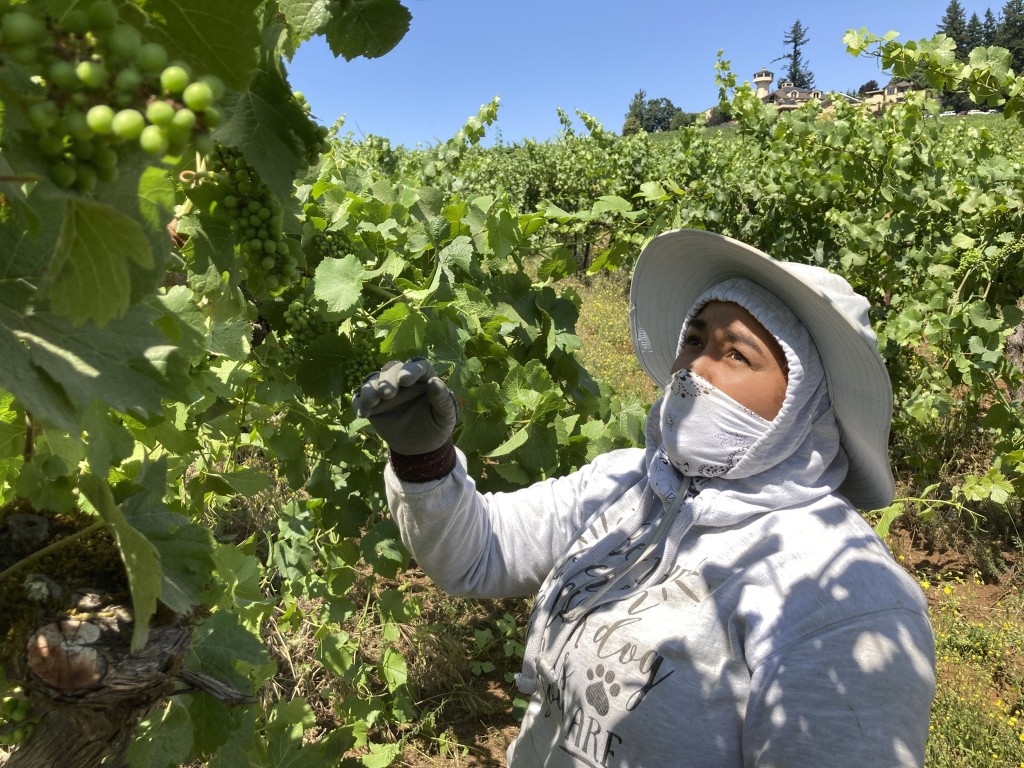 SALEM, Ore. (AP) — Farmworkers in Oregon would earn overtime pay under a bill that the Legislature approved on Thursday, after more than 1,000 people submitted testimony, including farmworkers who felt they have been taken advantage of for too long for their important labor.

If Oregon Gov. Kate Brown signs the bill, the state will be joining a handful of others, including California, Washington state and New York state, in ensuring that farmworkers are eligible for overtime pay.

“Oregon’s agricultural workers should not be excluded from the same protections afforded to other Oregon workers,” said Sen. Kathleen Taylor, a Democrat from Portland who was one of the bill's main sponsors. “We depend on farmworkers to keep food on our tables and keep our families fed.”

The Oregon Senate passed the bill on a vote of 17 to 10 Thursday, two days after it passed the House on a 37-23 vote. Brown has spoken favorably about the bill, which next goes through her office’s standard review process.

The effects of climate change were cited by some people who testified on the bill, pointing out that agricultural workers are in the fields despite rising temperatures — Oregon suffered record heat last summer that sent thermometers to 119 degrees Fahrenheit (48 Celsius) — and in wildfire smoke.

“In the last couple of years, we have seen how truly essential these workers are as they continue to show up despite facing a respiratory pandemic, wildfires, a winter storm and deadly heat waves,” said Connie Yost, president of Farm Worker Ministry Northwest, which advocates for justice and empowerment of farm workers.

Farmworkers, who in Oregon are mostly Latino immigrants, also spoke up for themselves in written testimony delivered in Spanish with English translations.

“Last year during the extreme heat we worked a lot and there wasn’t shade to cover us during the break and lunch,” wrote Josefina Torres, a nursery worker from Salem, Oregon.

“We farmworkers do not have access to earn overtime, although we do one of the heaviest jobs,” wrote Miguel Nieves, who has worked in the fields for 33 years. “It is important to support the overtime for farmworkers because we are the foundation of this country.”

The Oregon Farm Bureau predicted that the bill “will deliver a death knell to Oregon’s fresh fruit, vegetable, and dairy industry” and that many farmers will reduce worker hours and mechanize to avoid paying overtime or leave Oregon altogether.

Farmworkers were excluded from overtime in the federal 1938 Fair Labor Standards Act.

Sandy Chung, executive director of the ACLU of Oregon, said the exclusion was racist because agricultural field jobs were predominantly occupied by Black workers then, and that now in Oregon it is mostly Latino workers.

Pat Dudley, owner of Bethel Heights Vineyard and winery near Salem, told lawmakers that “we have taken this discriminatory practice for granted for way too long.”

“Correcting this unjust exclusion of agricultural workers from an essential benefit enjoyed by workers in every other sector of our economy is long overdue,” Dudley said.

In California, then-Gov. Jerry Brown signed legislation into law in 2016 that makes farmworkers in the nation’s largest agricultural state entitled to the same overtime pay as most other hourly workers. The California rules are taking full effect this year for most businesses and in 2025 for farms with 25 or fewer employees.

In New York state, farmworkers earn overtime only after 60 hours of labor. But it took a big step in January toward lowering that threshold when a state board voted to recommend that a 40-hour overtime rule for farm workers be phased in over the next 10 years. The recommendation is subject to approval by the state labor commissioner.

Brown, a Democrat, believes the Oregon bill that was passed Thursday tries to strike a balance between supporting farmworkers and Oregon's agricultural sector, said her spokeswoman, Liz Merah. The governor appreciated the input so many Oregonians have provided on the bill and will review the legislation when it reaches her desk, Merah said.

The bill also creates a refundable tax credit to provide economic support to employers when they provide overtime pay for agricultural workers.