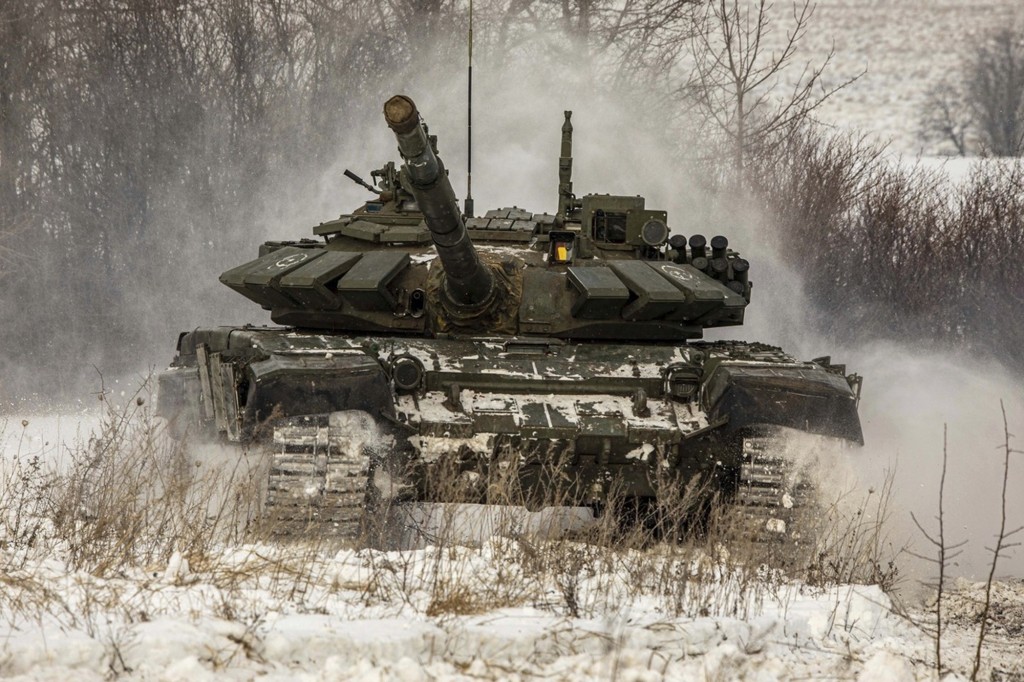 There is no doubt that Ukrainian resistance to the invading Russian forces has been far more effective than most people expected. Certainly, it seems to have taken Russia and Vladimir Putin by surprise.

Leaked battle plans show they were expecting the war to take 15 days. We are already over a week in now and at the time of writing, Russia has still only just managed to secure control of one Ukrainian city.

There are a number of factors behind the success of Ukraine’s resistance. The spirit and zeal of the Ukrainian people has seen them go above and beyond, with many taking huge risks and sacrificing their lives in defense of their country and the values of freedom and democracy.

They have been helped by a Russian invading force that appears to be inexperienced, poorly equipped, and lacking in the requisite logistical backup. And of course, Western allies have rallied round, providing Ukraine with military hardware, medical supplies, and financial support.

Last week, I argued that the many comparisons of the situation in Ukraine with Taiwan don’t stand up to scrutiny. That remains the case, but it doesn’t mean that Taiwan cannot learn some vital lessons from what’s happening in Ukraine. The Chinese Communist Party (CCP) will certainly be doing just that.

Last week, former Japanese Prime Minister Abe Shinzo called for the United States to scrap its policy of strategic ambiguity and confirm that it would defend Taiwan in the event of a Chinese invasion.

The response of the U.S. and other Western powers to the invasion of Ukraine suggests that the likelihood of them sending troops and air support to defend Taiwan in the event of an invasion is remote.

President Joe Biden, British Prime Minister Boris Johnson, and other world leaders have made it clear that they see no benefit in starting a war between NATO and a rogue nuclear power like Russia. They have even refused to countenance a no fly zone over Ukraine — even though such a move would likely be compliant with international law — because of the likely consequences of shooting down Russian planes.

If this is their stance towards an invasion of a large European neighbor and formal diplomatically recognized partner, it would be naïve to think that it would be any different when it comes to Taiwan.

That’s not to say that Abe is wrong about a change in the Western policy of strategic ambiguity towards an invasion of Taiwan. Arguably, the invasion of Ukraine has already done just that by showing how the West will respond when an authoritarian country attacks a democratic partner.

But Taiwan’s geographic and geo-political differences from Ukraine mean that there are certain steps that need to be taken proactively if Taiwan is to enjoy the same level of support.

Getting defensive military hardware into Taiwan during an invasion will be a very different challenge from Ukraine, where it can simply cross the border from neighboring EU countries. As an island nation, it is likely that China would seek to blockade Taiwan to prevent such supplies getting in.

There are two possible solutions to this. The first is to formulate a clear strategy to establish a supply corridor that breaks any Chinese blockade. This would most likely have to run from Japan and the U.S. military base in Okinawa into northeastern Taiwan. Keelung would be the obvious port, but given the likelihood that it would be targeted by China, alternatives should exist.

The second solution is that the U.S. and allies must increase supplies of military hardware and defensive weaponry for Taiwan now to ensure that the country has a plentiful supply of everything it will need to hold off a Chinese invasion. We have seen an increase in defense sales to Taiwan, but this should grow exponentially in light of what has happened in Ukraine.

Domestically, Taiwan needs to take steps to ensure that its people are ready and willing to fight for their country in the same way that the Ukrainians are. That means increasing civil defense spending now to ensure enough Taiwanese citizens know how to use a gun, make Molotov cocktails, and build blockades to slow any Chinese advance.

Enhanced military service has a role to play in this, but with a generation of Taiwanese largely missing out on the benefits, there is a case to be made for offering civilian training opportunities as well.

Alongside this, there need to be detailed local plans in place for how Taiwan can slow and hamper an invasion force and cause maximum damage to it. This is having a significant impact in Ukraine and, while it is not clear how much of this response is pre-planned and how much is being improvised, having a clear plan in place and a local hierarchical structure to implement it is likely to maximize the effectiveness as well as provide a structure most Taiwanese will be familiar and comfortable with.

The biggest and most important factor of all will be the international response.

The Ukrainian invasion has seen Western democracies unite in a way that many thought was impossible. The response has been unprecedented, with wave after wave of devasting international sanctions targeting key government officials and infrastructure.

Putin will have expected sanctions and has taken steps, such as building up Russia’s reserves to try and mitigate them. He did not anticipate anything on the scale we have seen, with sanctions essentially cutting Russia off from the world and already having a major impact on the day-to-day lives of ordinary Russians.

It is these sanctions that may ultimately damage Putin and his regime the most, and hasten a resolution to the situation in Ukraine.

Taiwan needs to start working now to seek assurances from democratic nations that China will face a similar fate should they invade.

Crucially, these assurances need to be made publicly. As Abe Shinzo said, the time for a policy of ambiguity has passed, and both the CCP and the Chinese people need to understand that any invasion of Taiwan will result in economic catastrophe at home.

China is watching and learning from Russia’s invasion. Now is the moment to make it abundantly clear to them that they have nothing to gain and everything to lose from trying to pull off a similar trick in Taiwan.