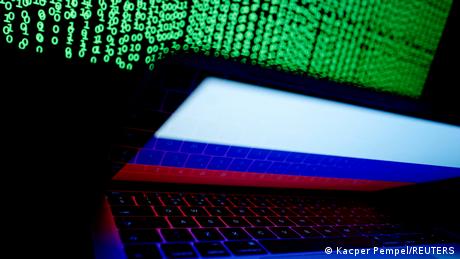 On day three after Russian tanks began invading Ukraine, one of the country's deputy prime ministers and minister of digital transformation, published a call for arms on Twitter. But in his tweet, Mykhailo Fedorov did not urge his fellow citizens to take up rifles. Instead, he called for people around the world to defend Ukraine in cyberspace.

"We are creating an IT army," Fedorov wrote in English. He added a link to a bilingual channel on messenger service Telegram, listing potential targets with links to Russia.

The tweet marked, to the best of my knowledge, the first time that during a war, a government openly called for volunteers around the world to attack its enemy in cyberspace.

Since then, hacktivists, including collective Anonymous, have answered Fedorov's call and launched attacks to vandalize or bring down the websites of the Russian government as well as companies and banks in the country.

It is difficult to judge how much impact their attacks have had. So far, it seems rather limited.

But we might have seen only a glimpse of what is to come: Pro-Ukrainian cyber guerillas told the Reuters news agency, for instance, that they were planning to bring down parts of Russia's critical infrastructure such as its power grid.

Whether the hacktivists will be able to pull off such sophisticated attacks, which take a lot of time and resources to prepare, remains unclear — like so many things:

Kyiv's effort to crowdsource parts of its cyber defenses has no precedent. We have entered, to borrow a term from former German Chancellor Angela Merkel, uncharted territory.

Some experts say that the work of cyber guerillas can help Ukraine sow some chaos in Russia, as the country is defending itself against the Russian invasion.

Others warn that the efforts could interfere with strategic operations by Ukraine's official cyber authorities or Western intelligence services. Both could be right.

At the same time, Moscow seems unlikely to watch the attacks without retaliating. The country has spent the last 15 years building up some of the world's most advanced cyber capacities, and it has used them before.

In 2015,hackers with alleged ties to Russia infiltrated the computer system of Ukraine's power grid, causing outages for 225,000 residents in the country's west. Two years later, malware identified as coming from Russia hit Ukraine and then spread around the world costing businesses billions of euros. The Russian government has denied involvement.

In these early days of the war in Ukraine, we have not seen attacks on that scale, at least none that are publicly known. But this could change any minute.

What's more, hacking is not the only weapon used by countries in cyber warfare.

Another powerful tool is the orchestrated spread of misleading or false information to sway public opinion — and experts have already identified several campaigns to push false narratives around Russia's reasons for invading Ukraine. Many expect Moscow to further ramp up such disinformation efforts as the war progresses.

As journalists, we like to conclude our articles by giving readers an outlook of what to expect next.

But the only honest assessment I have is: We do not know.