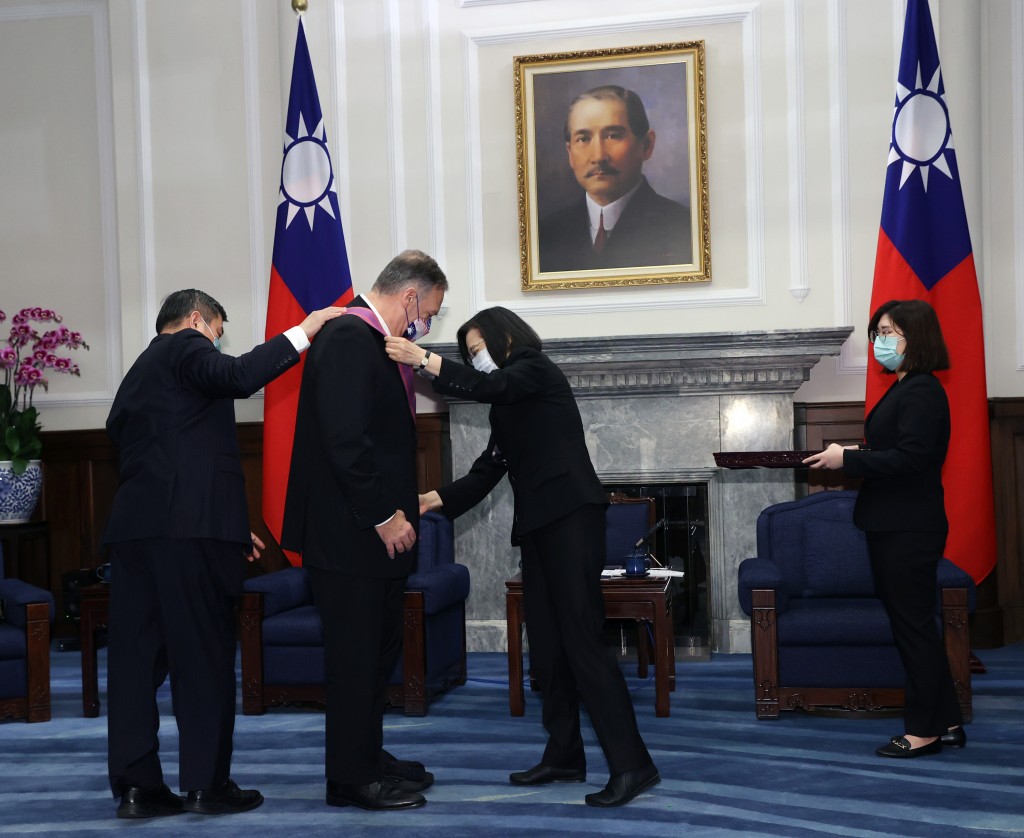 At a ceremony in the Presidential Office Thursday morning, Tsai praised Pompeo for having achieved several breakthroughs in Taiwan-U.S. ties during his service from April 2018 to January 2021. She said she spoke for the people of Taiwan in expressing the “deepest gratitude” and added that she hoped he would visit the country frequently, CNA reported.

Pompeo and his entourage were wearing masks showing the American and Taiwanese flags with the Chinese translation of the expression “rock-solid” (堅若磐石), which is frequently used to describe the state of bilateral relations.

In her address, Tsai reminded those gathered that Pompeo had described Taiwan as a “democratic success story, a reliable partner, and a force for good in the world.” During his term in office, he lifted restrictions on contacts between government officials of both countries and normalized arms sales, she added. Tsai said the former secretary of state would now be able to witness the Taiwanese people’s friendliness and insistence on freedom and democracy with his own eyes.

In his remarks, Pompeo praised Tsai for her efforts in providing freedom, prosperity and stability to Taiwan. “If any of us were mistaken or complacent about the risk to that freedom, I think we need only watch what’s taking place in Europe today to see that this continues to demand deep, concerted, focused leadership from those of us who cherish freedom,” he said in a reference to Russia’s invasion of Ukraine.