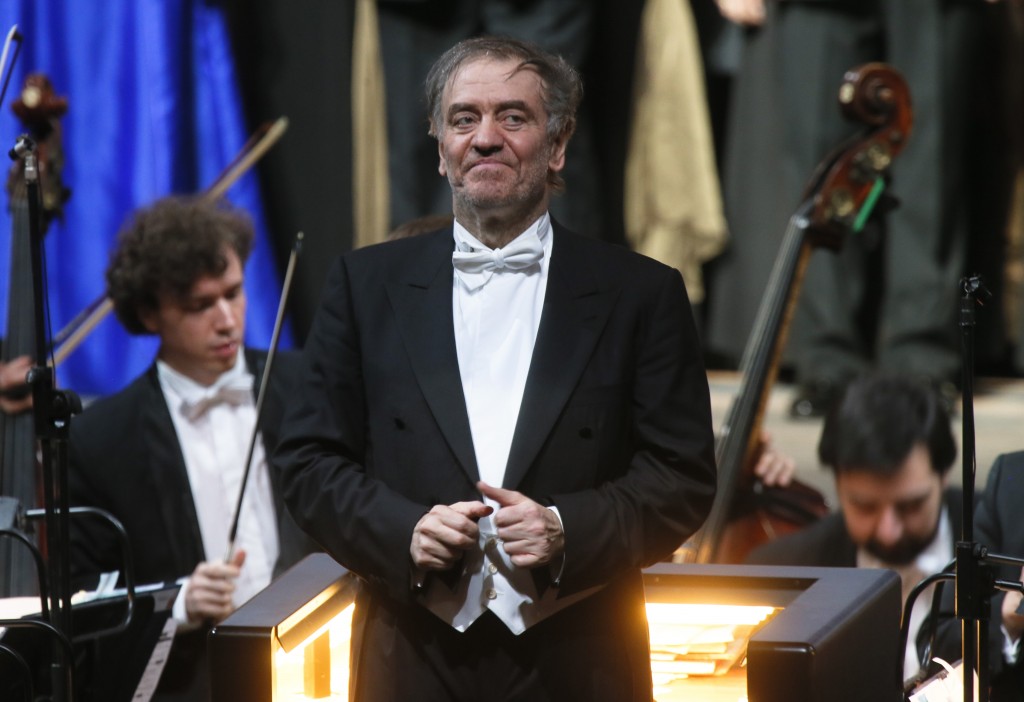 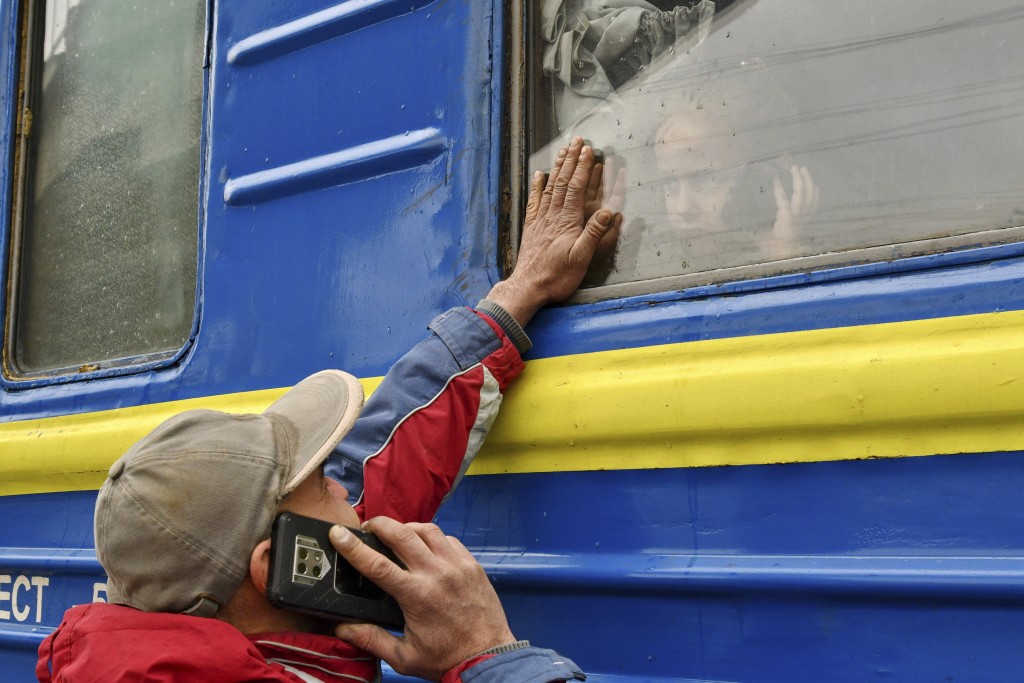 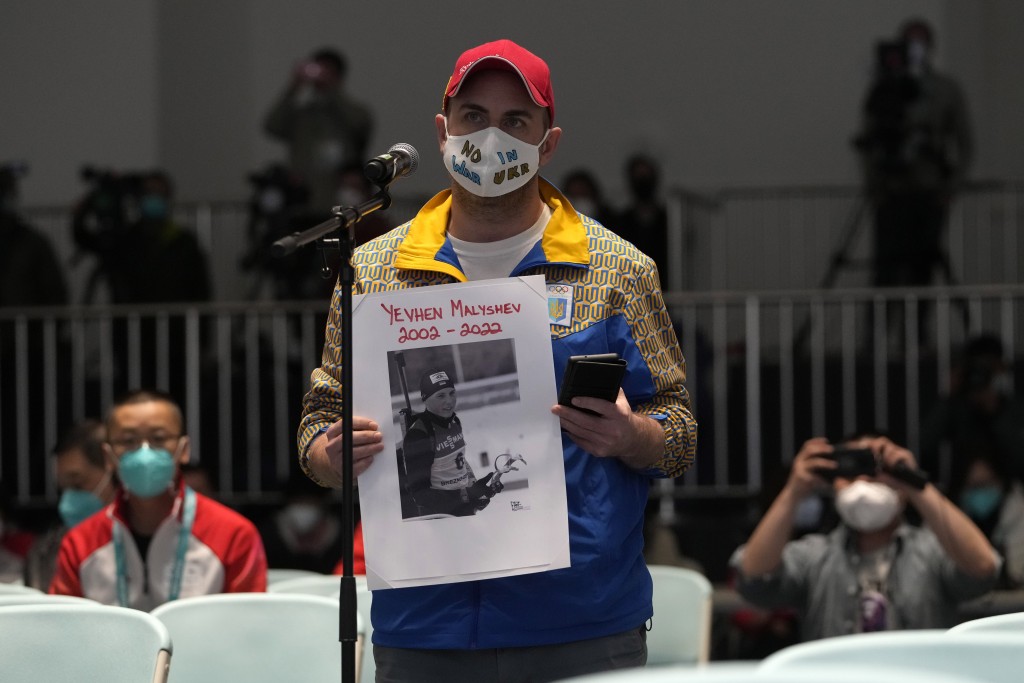 ROME (AP) — The Venice Biennale art exhibition, which has already seen members of the official Russian pavilion quit to protest the invasion of Ukraine, said Wednesday that it was working to make sure the artist representing Ukraine can show his work.

Pavlo Makov is due to represent Ukraine with “The Fountain of Exhaustion. Acqua Alta” at the Biennale, which runs April 23-Nov. 27.

In a statement Wednesday, Biennale organizers said they were working to make sure Makov could come to Italy and present his work as planned, despite the war in his homeland.

It was the latest show of solidarity in the arts world with Ukraine, and a corresponding cultural blacklisting of Russia and people linked to the government, that has found a parallel in much of the international sporting world.

The Venice festival said it would continue to welcome Russian artists who support freedom of expression and have opposed the invasion, but official Russian delegations and individuals affiliated with the Kremlin wouldn’t be allowed.

“As long as this situation persists, La Biennale rejects any form of collaboration with those who on the contrary have carried out or supported such a grievous act of aggression,” the Biennale said.

Last week, the curator and members of the official Russian pavilion at the Venice Biennale quit to protest the war. The festival hailed their decision as a “noble act of courage.”

To date, the growing cultural backlash against Moscow has included canceled Russian releases for Hollywood films and the severing of ties with famed Russian conductor Valery Gergiev, who is close to President Vladimir Putin and had expressed support for Russia’s annexation of Crimea in 2014.

On Wednesday, Gergiev’s former manager canceled all his upcoming North American concerts citing his “unwillingness to speak against” Russia's invasion. Numerous classical music companies have called on Gergiev to condemn the invasion, but the conductor has remained publicly silent.

“I have had an extraordinary 30-year professional relationship with Valery and it hurts me deeply to see that relationship come to such an end,” his former manager, Doug Sheldon, said in a statement.

While Gergiev was being blacklisted, the Kyiv Soloists National Chamber Ensemble is being embraced as it opens a previously scheduled tour in Italy.

The prestigious Ukrainian chamber ensemble, which arrived in Italy last week just as the Russian invasion began, is turning its tour into fundraising concerts to support the war effort at home.

Originally scheduled to tour Italian cities through March 6, the ensemble is extending its tour and adding performances after receiving new invitations to appear, members told The Associated Press.

They have modified their concert programs to remove a piece by the 19th century Russian composer Anton Arensky and substitute it with one by Ukrainian composer Maxim Berezovsky, and are adding a call for peace in every venue.

They performed this week in the southern city of Bari next to a sign with a large heart drawn in the blue and yellow of the Ukrainian flag and a QR code for donations for Ukrainian troops. The ensemble’s Facebook page also includes information to wire donations via the Ukrainian national bank.

“It’s very hard to play, my soul and my heart are breaking while I’m playing,” said double bassist Igor Patsovskyi, who has a wife, daughter and mother in Kyiv.

The Kyiv ensemble was founded in 1996 and has been an important ambassador of the country’s musical culture, performing in prestigious theaters and concert halls in Europe and the United States.

The musicians are spending their downtime in Italy — in between performances and rehearsals — relentlessly checking their cellphones for updates from family and watching video clips of the devastation.

Violinist Kateryna Mysechko says she finds it hard to put aside her concern for her family to perform, but that for now the orchestra cannot return home.

“I’m just thinking about the shootings, about shootings in our cities," she said. "It’s very difficult to play.”