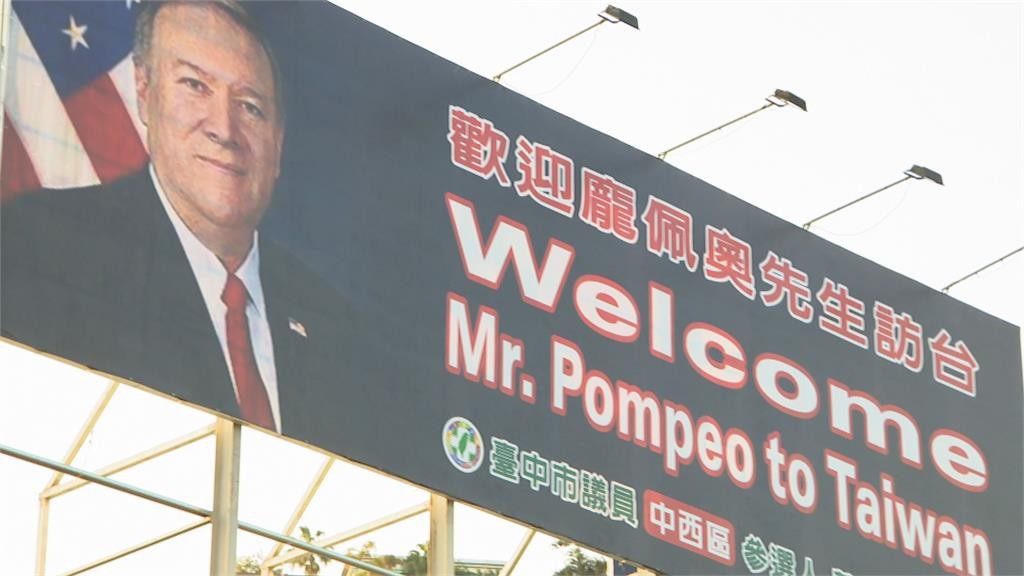 TAIPEI (Taiwan News) — Former U.S. Secretary of State Mike Pompeo has thanked Taiwan for a warm welcome as he prepares to visit the country.

Ahead of his arrival Wednesday evening (March 2) for a four-day stay in Taiwan, Pompeo shared a tweet by Taichung City Council candidate Hsiao Hsing-Ken (蕭行凱), which showed a billboard welcoming Pompeo in the city's Shengping Borough, where Hsiao is chief, CNA reported.

“Thank you for this warm greeting sign!” Pompeo tweeted. “Susan and I are looking forward to being with you — the freedom-loving Taiwanese people soon!”

Pompeo will be accompanied by his wife Susan and American historian and strategist Miles Yu (余茂春), who served as a key China policy adviser during Pompeo’s tenure as secretary of state. During his stay, Pompeo will meet with President Tsai Ing-wen (蔡英文), attend a banquet with Vice President Lai Ching-te (賴清德), and meet with Premier Su Tseng-chang (蘇貞昌), Legislative Yuan Speaker You Hsi-kun (游錫堃), and Foreign Minister Joseph Wu (吳釗燮).

Pompeo is due to receive a special award—the Order of Brilliant Star—a civilian order in Taiwan that recognizes outstanding contributions to the development of the nation. President Tsai will induct Pompeo into the Order in recognition of his service in strengthening U.S.-Taiwan ties.

In addition to meeting with top leaders, Pompeo plans to interact with people in business, academia, and civil society. He also will deliver a 20-minute speech at an event held by The Prospect Foundation on March 4.

Pompeo is known for his strong stance on Chinese aggression and for standing up for Taiwan’s interests, which has won him the admiration of many Taiwanese.