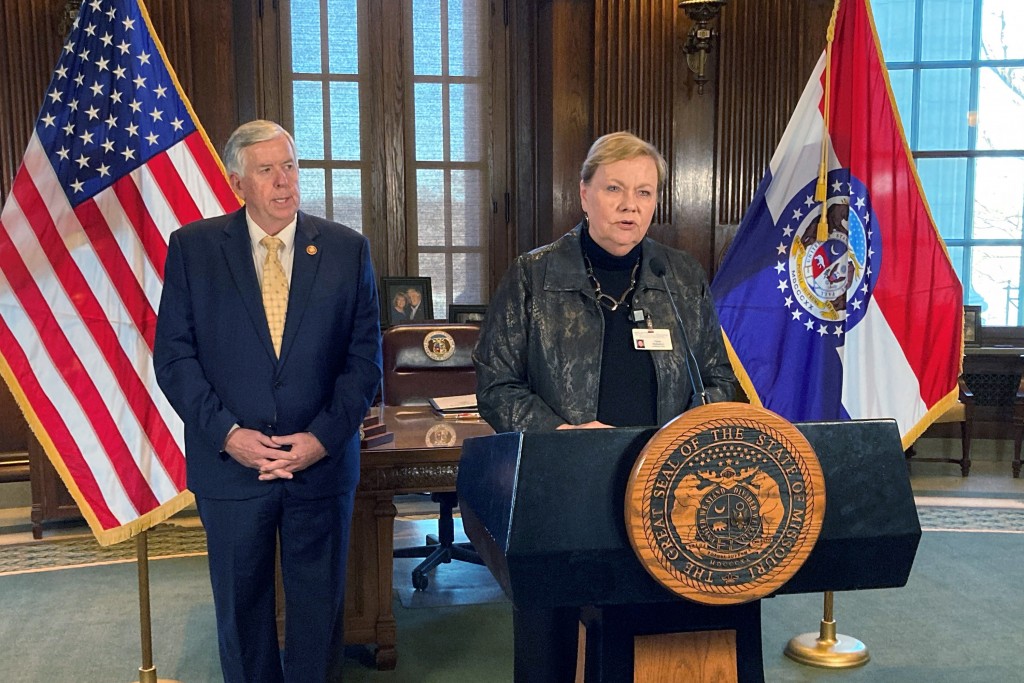 Parson picked Paula Nickelson, who has served in the Department of Health and Senior Services for more than 22 years, as the agency's new leader. He said the acting title could last indefinitely, potentially through the remaining three years of his term as governor.

“I envision her as the director of public health,” Parson said, “and I'm not looking for anyone else.”

Nickelson's appointment comes one month after the Republican-led Senate scuttled the nomination of Don Kauerauf as health director amid a backlash from some conservative senators over COVID-19 policies and abortion. Though Kauerauf had served as director since September, he had to step down after failing to win Senate confirmation.

Because his term expires in 2025, Parson said it's difficult to recruit prospective Cabinet members from out of state without the likelihood of long-term job security. That challenge may have been enhanced by the rocky confirmation process for Kauerauf, who came from Illinois to accept Parson's appointment.

Though Kauerauf expressed opposition to abortion and to mask and vaccine mandates, some conservative senators were skeptical and refused to allow his confirmation to come to a vote. Kauerauf had said both masks and vaccines were effective in slowing the spread of COVID-19 and he had sought to increase the state's vaccination rate, which he once described as “atrocious.”

Nickelson, of Fulton, has been the department's deputy director. While avoiding any mention of government mandates, Nickelson said Tuesday that masks, vaccines, social distancing and therapeutics all play a role in preventing the spread of COVID-19.

“All are useful and should be available to each of us as we make personal choices about how best to safeguard our own health,” she said.

Parson said Nickelson helped establish a state warehouse for personnel protective equipment and oversaw the state’s antigen testing program for COVID-19, among other pandemic responsibilities. He said she has “vast department knowledge,” including in maternal and child health, chronic disease prevention and emergency preparedness.

Other Missouri governors also have used acting director titles for Cabinet chiefs. Senators frustrated by former Democratic Gov. Jay Nixon's long-term appointment of acting directors proposed legislation in 2014 to limit them to 120 days in office. But the measure did not pass both chambers.