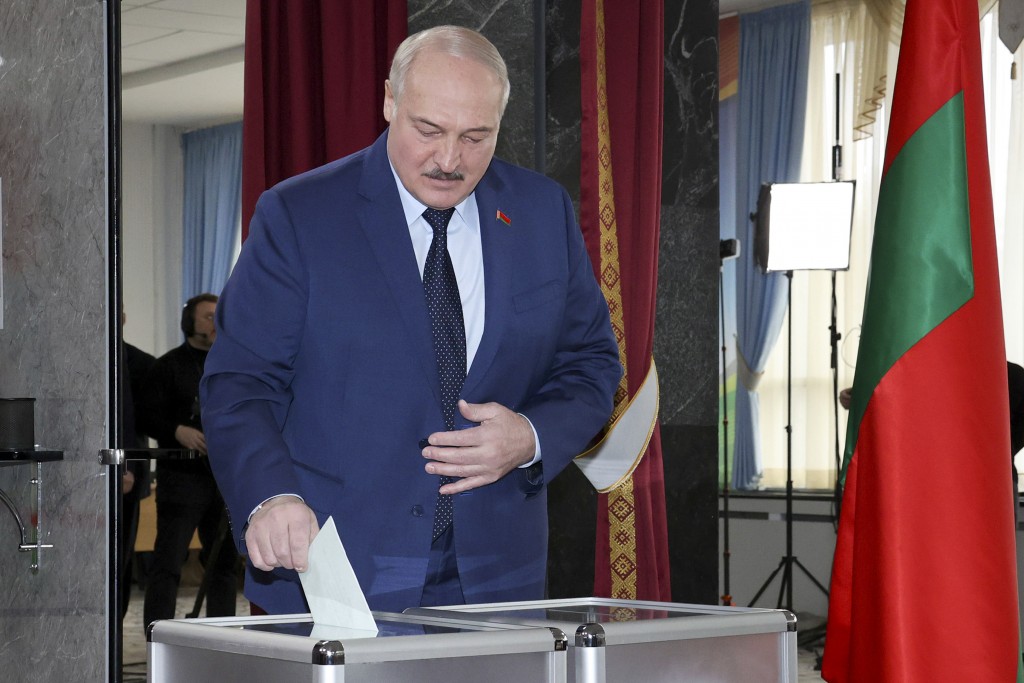 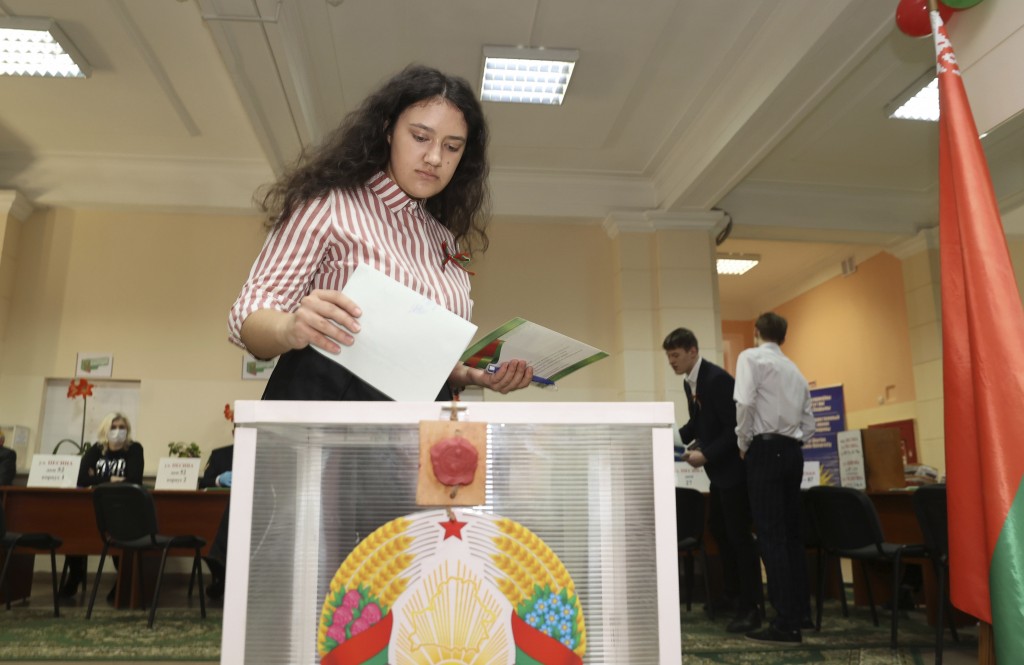 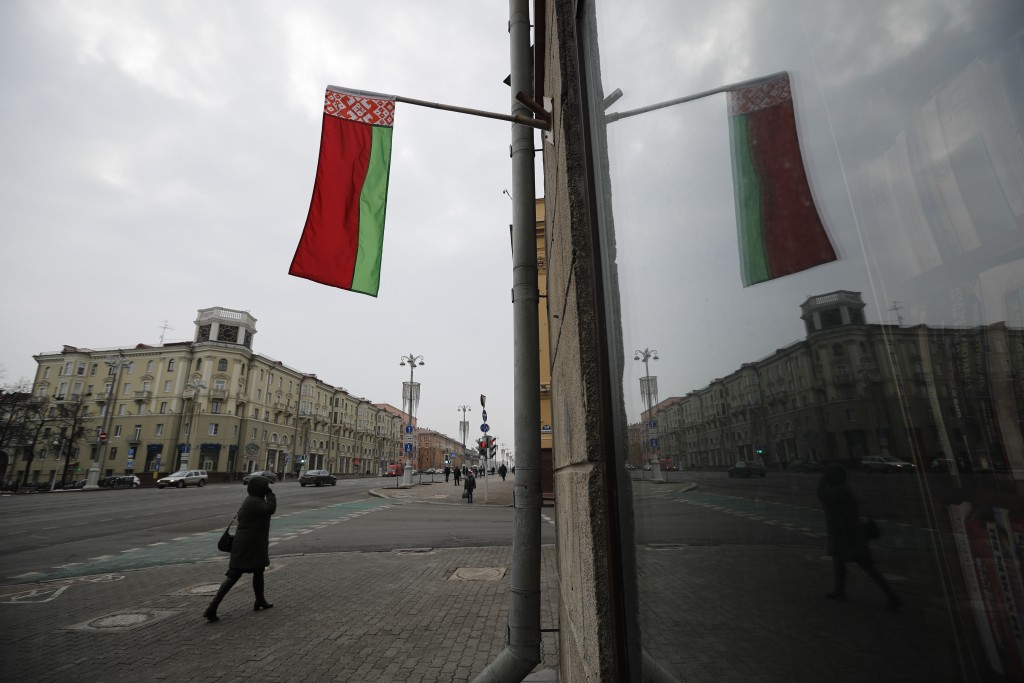 KYIV, Ukraine (AP) — Belarusian authorities say more than half of the country's voters approved constitutional reforms that would allow its authoritarian leader to stay in power until 2035 and open the way for stronger military cooperation with Russia, while the Belarusian opposition denounced the vote as a sham.

The referendum on the reforms took place Sunday, several days after Belarus' closest ally Russia invaded its neighbor Ukraine. Moscow deployed forces to Belarusian territory weeks earlier under the pretext of joint military drills and then sent them rolling into Ukraine as part of a devastating attack that began last Thursday.

They bring back limits on presidential terms that had been abolished during President Alexander Lukashenko’s tenure, allowing a president only two five-year terms in office. However, the restriction will only take effect once a “newly elected president” assumes office, which gives Lukashenko an opportunity to run for two more terms after his current one expires in 2025.

According to election officials, only 10.1% voted against the amendments. The voter turnout was reported to be at 78.6%.

Belarusian opposition charged that no one was counting the votes, it was a rigged election.

“It is a betrayal of the country, betrayal of the nation,” opposition leader Sviatlana Tsikhanouskaya told The Associated Press from Lithuania, where she has been in exile since August 2020. “In order to hold on to power, Lukashenko held a fake referendum and offered our lands for the Russian troops to invade (Ukraine).”

Tsikhanouskaya said that scraping the clauses about Belarus' neutral and non-nuclear status was “a threat to all of Europe, because it's the same as giving matches to a child.”

In 2020, Lukashenko relied on Moscow’s support to survive the largest and the most sustained wave of mass protests in the country’s history. Huge demonstrations rocked the country that year after he was awarded a sixth term in the August 2020 presidential election that the opposition and the West denounced as rigged.

Protesters demanding a new election and Lukashenko’s ouster faced a brutal crackdown from the authorities, with more than 35,000 arrested and thousands beaten. Key opposition figures, including Tsikhanouskaya, Lukashenko’s main contender in the election, left the country amid the clampdown, along with thousands of ordinary Belarusians.

Tsikhnaouskaya urged Belarusians to use the referendum as a pretext for more protests.

“As long as he's keeping his grip on power with force, we will keep having threats such as foreign troops on our soil or nuclear weapons," she said.

Hundreds of Belarusians took to the streets Sunday in 15 cities across the country, protesting Russia's invasion of Ukraine in the biggest show of defiance in Belarus in two years.

According to the Viasna human rights center, 726 people were detained over the demonstrations. Some of them were apprehended overnight in their homes.

Vladimir Isachenkov and Dasha Litvinova contributed to this report from Moscow.

Follow all AP stories on the Russian invasion of Ukraine at https://apnews.com/hub/russia-ukraine.