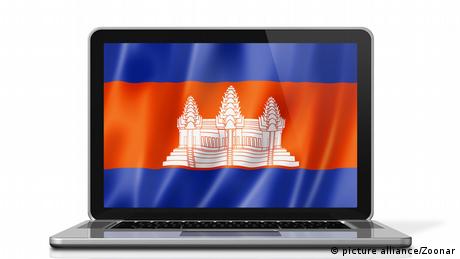 A controversial scheme to route all internet traffic through a Chinese-style 'firewall' was delayed in Cambodia this week just as it was supposed to go live, giving pro-democracy activists some respite in their efforts to maintain online freedoms.

In February of last year, the government adopted a sub-decree on the establishment of the National Internet Gateway (NIG), a system designed to route all internet traffic, including from overseas, through a single portal.

Internet service providers (ISPs) will also be required to maintain information about the correct identities of their users.

According to the government, the NIG will increase state revenue collection and help tackle cybercrime.

Human rights campaigners say it is designed primarily to crack down on free speech and dissent in Cambodia, a country ranked as one of the least democratic nations in Asia by Freedom House.

The so-called 'Great Firewall' of China is Beijing's notorious combination of legislative actions and technologies in order to regulate the internet domestically.

The firewall's role is to block access to selected foreign websites and to slow down cross-border internet traffic, something Cambodia is now apparently trying to imitate.

"The ability to speak freely online in Cambodia is on life support," said Sophal Ear, an associate dean and professor at the Thunderbird School of Management in Arizona.

"With the gateway in place, it will be the last nail in the coffin of Cambodian freedom of expression online."

In a country of 16 million people, where 60% of the population is below 30 years old, there are an estimated 8.86 million internet users as of early 2021 and more than two-thirds of the population use social media, according to a recent report by We Are Social, a digital marketing firm.

"The concept of the proposed NIG mirrors that of the Chinese internet gateway," said Sopheap Chak, executive director of the Cambodian Center for Human Rights (CCHR).

The Phnom Penh government delayed implementing the NIG system due to a "disruption" caused by the COVID pandemic, a spokesman for the Ministry of Posts and Telecommunications told Nikkei Asia on Tuesday.

But another ministry spokesperson later told Voice of Democracy, a local news outlet, that the delay was because of technical issues.

A government source with knowledge of the NIG scheme told DW that the excuse on COVID-19 was flimsy, and suggested its postponement was indeed down to technical problems as well as concerns over international criticism.

Deteriorating relations with the West

Earlier this month, a panel of UN rapporteurs on Cambodia issued a joint statement calling for the NIG system to be halted, stating that "this repressive decree could have a devastating effect on privacy and presents an inherent risk such information could be misused."

"We will continue monitoring the situation with a view to assessing its possible impact on freedom of opinion and expression," Peter Stano, an EU spokesperson, told DW.

"Any restriction that prevents the flow of information offline or online must be in line with permissible limitations as set out in international human rights law."

Cambodia's relations with Western governments have significantly worsened in recent years due to a democratic deterioration in Phnom Penh. The European Union partially removed some of Cambodia's trade privileges in 2020.

The US Treasury warned last December that it is reviewing Cambodia's place in its preferential-trade scheme for similar reasons.

Cambodia holds the chair of the Association of Southeast Asian Nations (ASEAN) bloc this year, a position that puts it under increased international attention.

The region's foreign ministers jetted into Phnom Penh on Thursday for the first in-person retreat since the pandemic began.

It is possible, sources said, that Phnom Penh wanted to avoid controversy by implementing the NIG scheme the day before the retreat took place.

The foreign ministers' conference had already been postponed in January, likely because other regional governments were unhappy that Prime Minister Hun Sen visited Myanmar that same month to meet with the junta leaders there.

Also in January, the Asia Internet Coalition (AIC), a trade body with members including Apple, Google and Facebook, called for a delay so the Cambodian government could "take the time to hear the concerns of industry experts and stakeholders."

There are concerns the NIG system could slow internet speeds and overburden digital companies with regulation. Foreign investors are also wary of their internet data being scrutinized by government-run regulators.

"I would be very surprised if those [AIC] companies have not also raised these concerns with the US as well as the EU and its member states," said Phil Robertson, deputy director of Human Rights Watch's Asia Division.

"However, I've not heard directly about what specific pressure those governments may have applied on the Cambodia government to defer or cancel the implementation of the NIG," he added.

The Asian Development Bank reckons Cambodia's tech and digital businesses were worth $470 million (€420 million) in 2019, although this was likely an underestimate and many e-commerce companies have seen more than 100% growth during the pandemic.

According to the World Bank's latest economic update on Cambodia, "continued investment climate and doing business reforms by [the] leveraging of digital technologies are expected to help strengthen competitiveness."

Firewall feasible for China, not Cambodia?

It might be possible for China to maintain high economic growth with a closed internet, but "the results are likely to be completely different for an underdeveloped country like Cambodia," said Mu Sochua, vice-president of the now-banned Cambodia National Rescue Party (CNRP), formerly the country's only viable opposition.

Nonetheless, Phnom Penh still says the NIG rollout is merely delayed, not shelved. Chak, of the CCHR, noted the timing is "particularly concerning" as commune elections take place in June, at which the long-ruling Cambodian People's Party (CPP) intends to capture the majority of votes in anticipation of next year's general election.

Without the now-banned CNRP on the ballot, it waits to be seen whether the numerous small opposition parties can give the CPP a fight.

"There is a real risk that ahead of and during the elections, the NIG will be used to block and censure dissenting opinions online," Chak said. "NIGs — like that of China and the proposed Cambodian one — have no place in democratic societies."