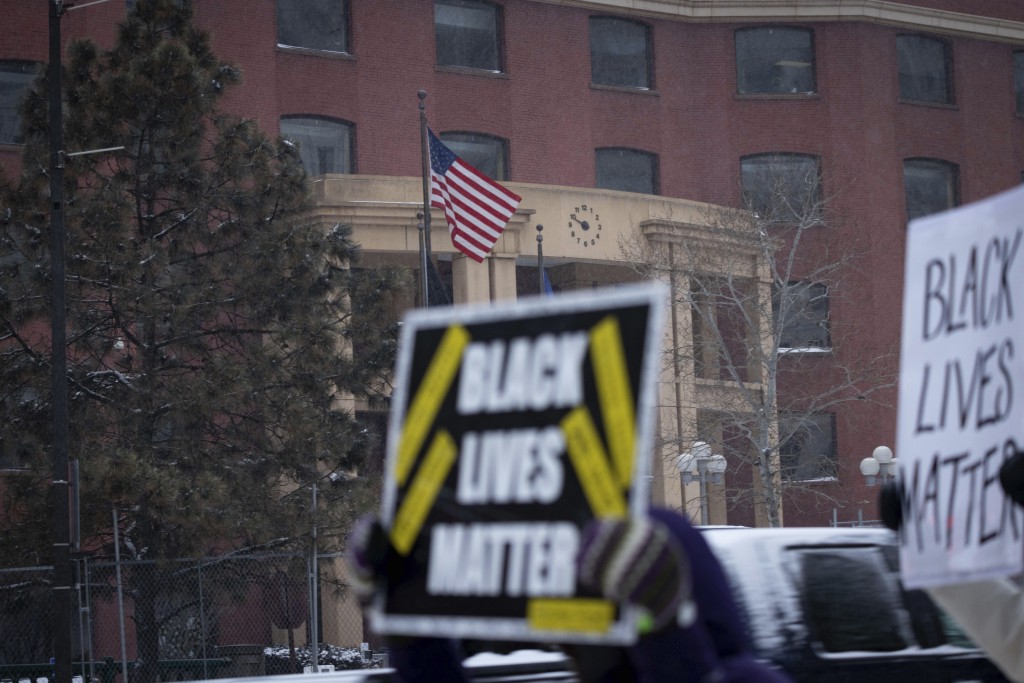 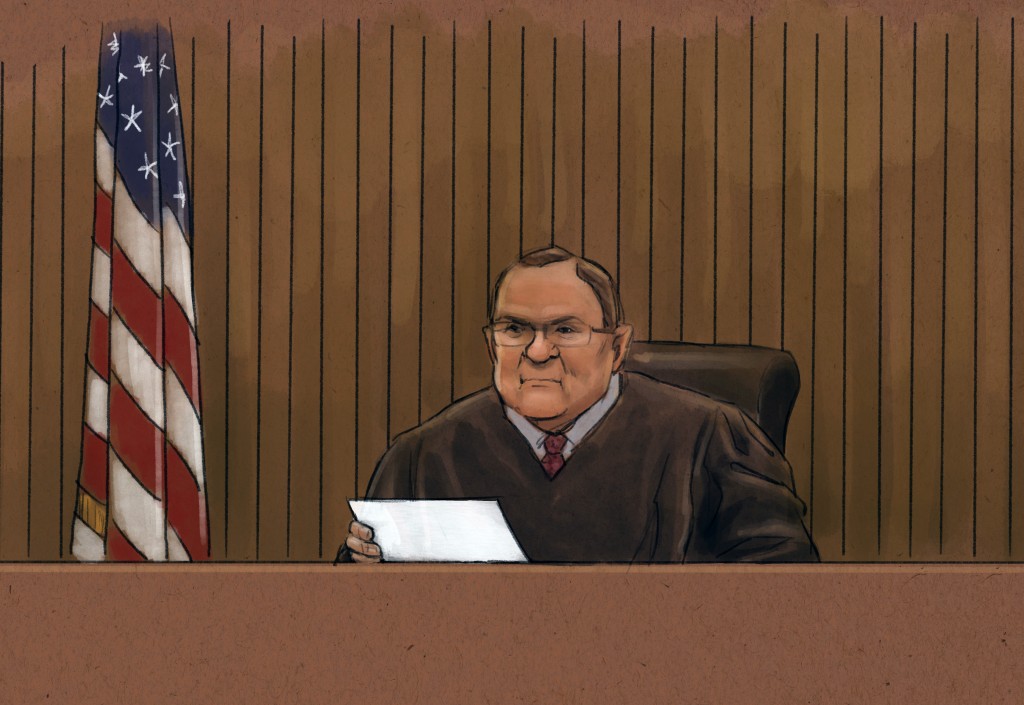 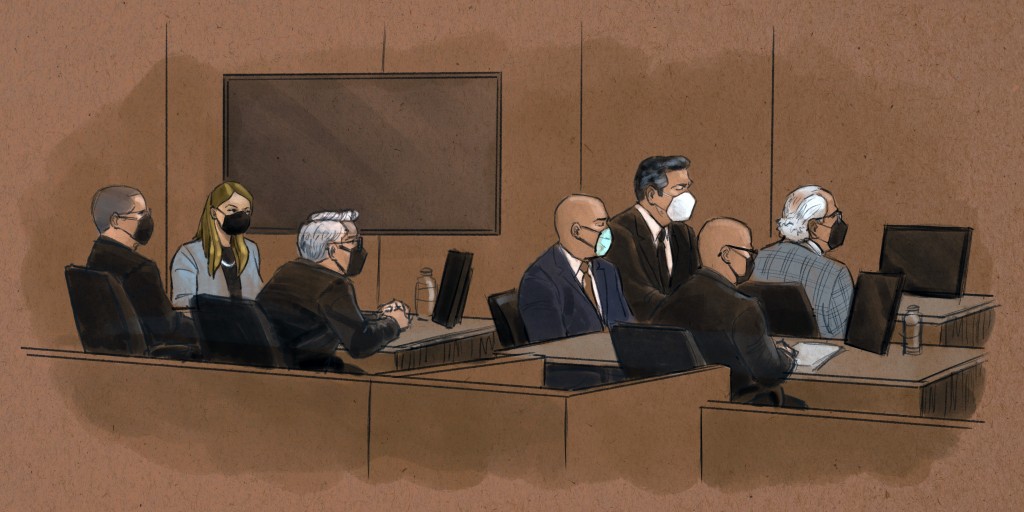 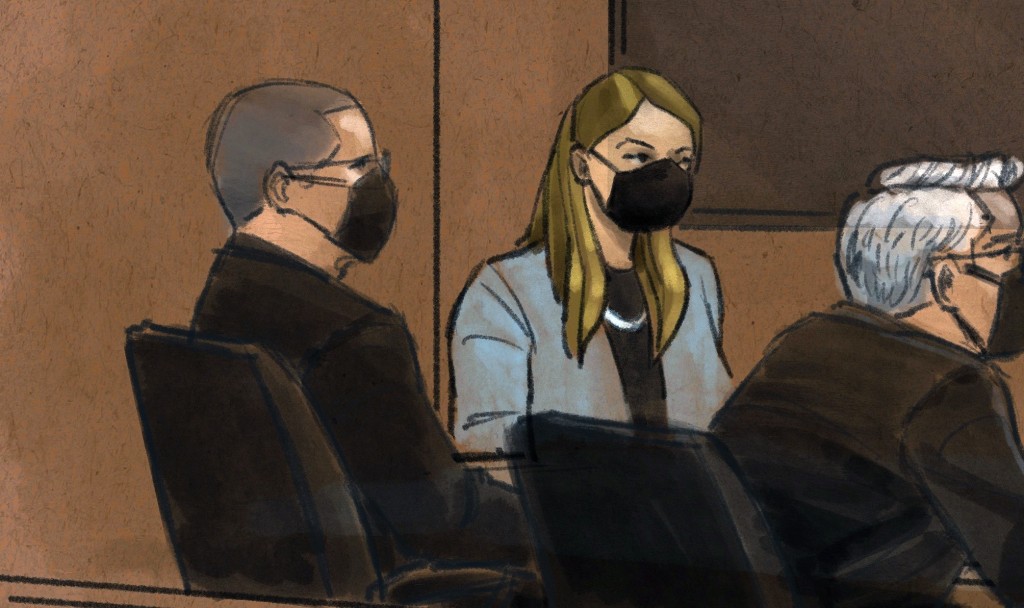 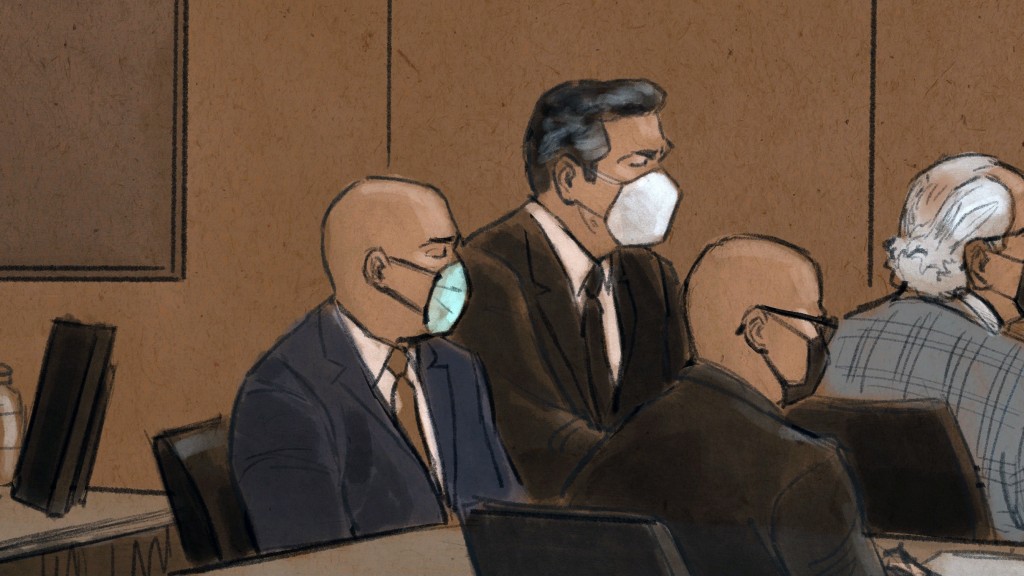 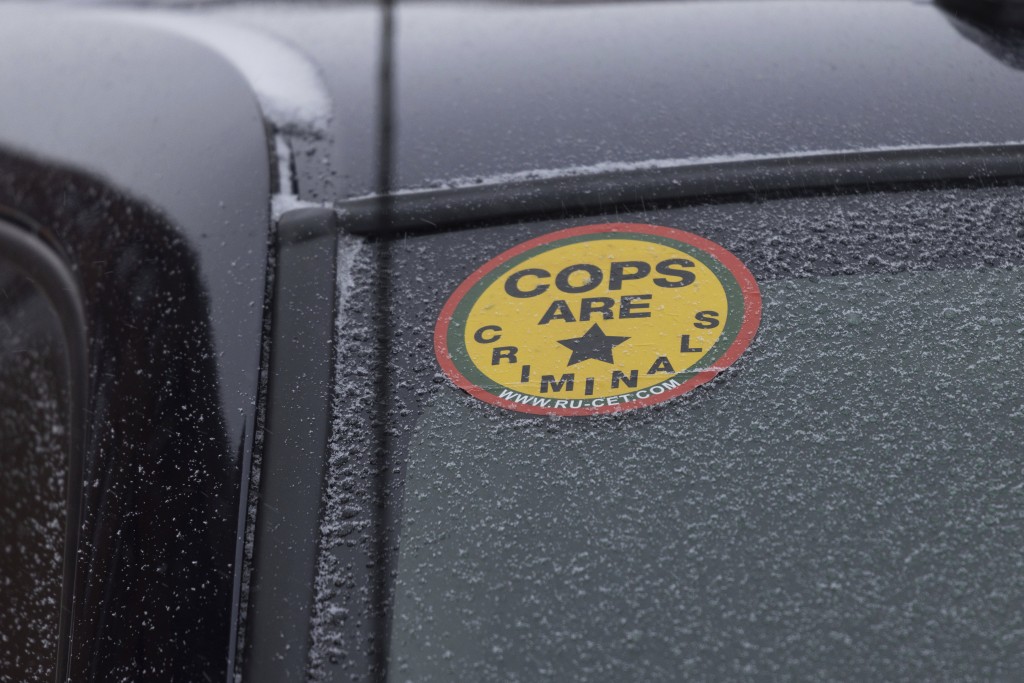 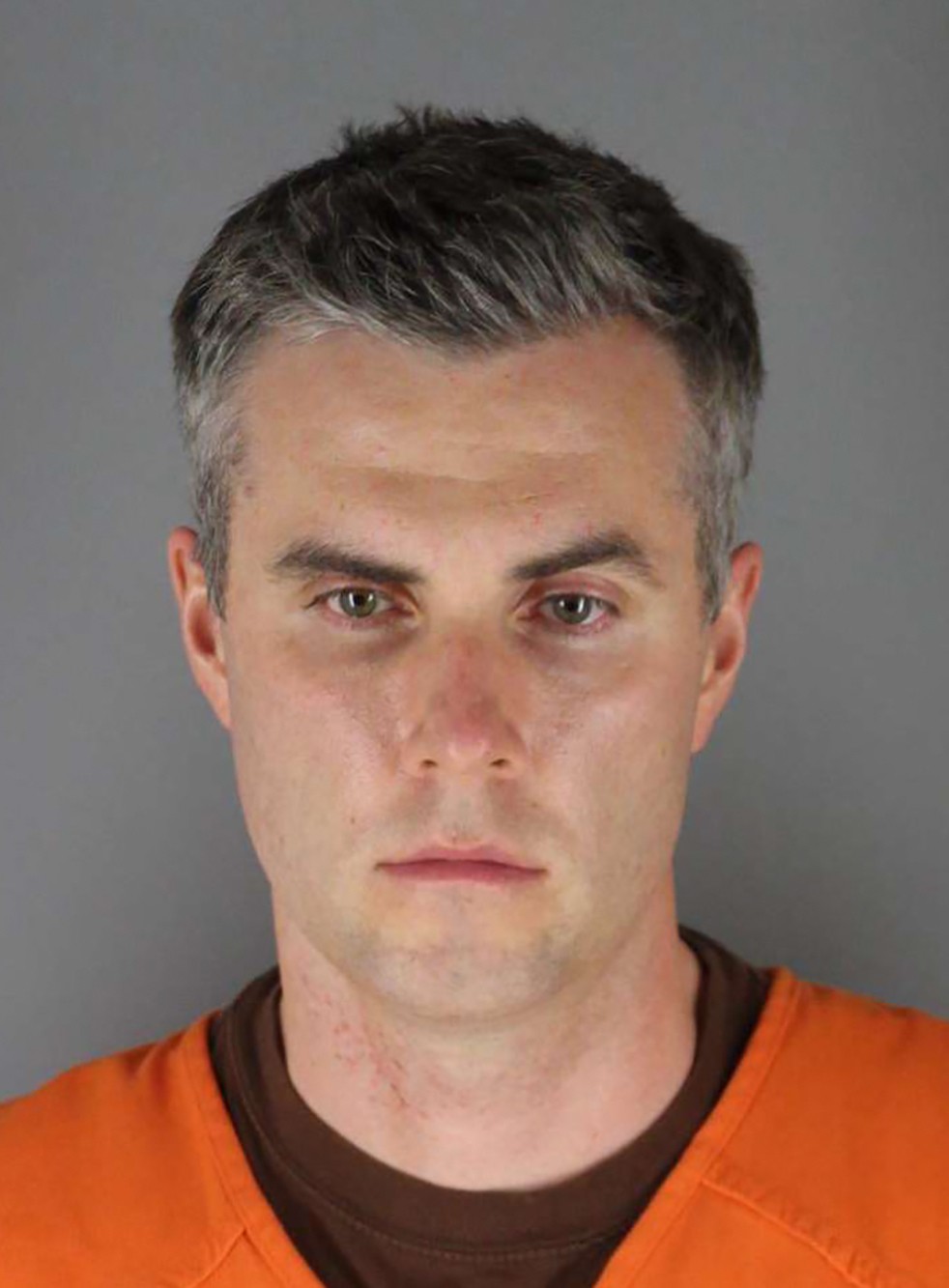 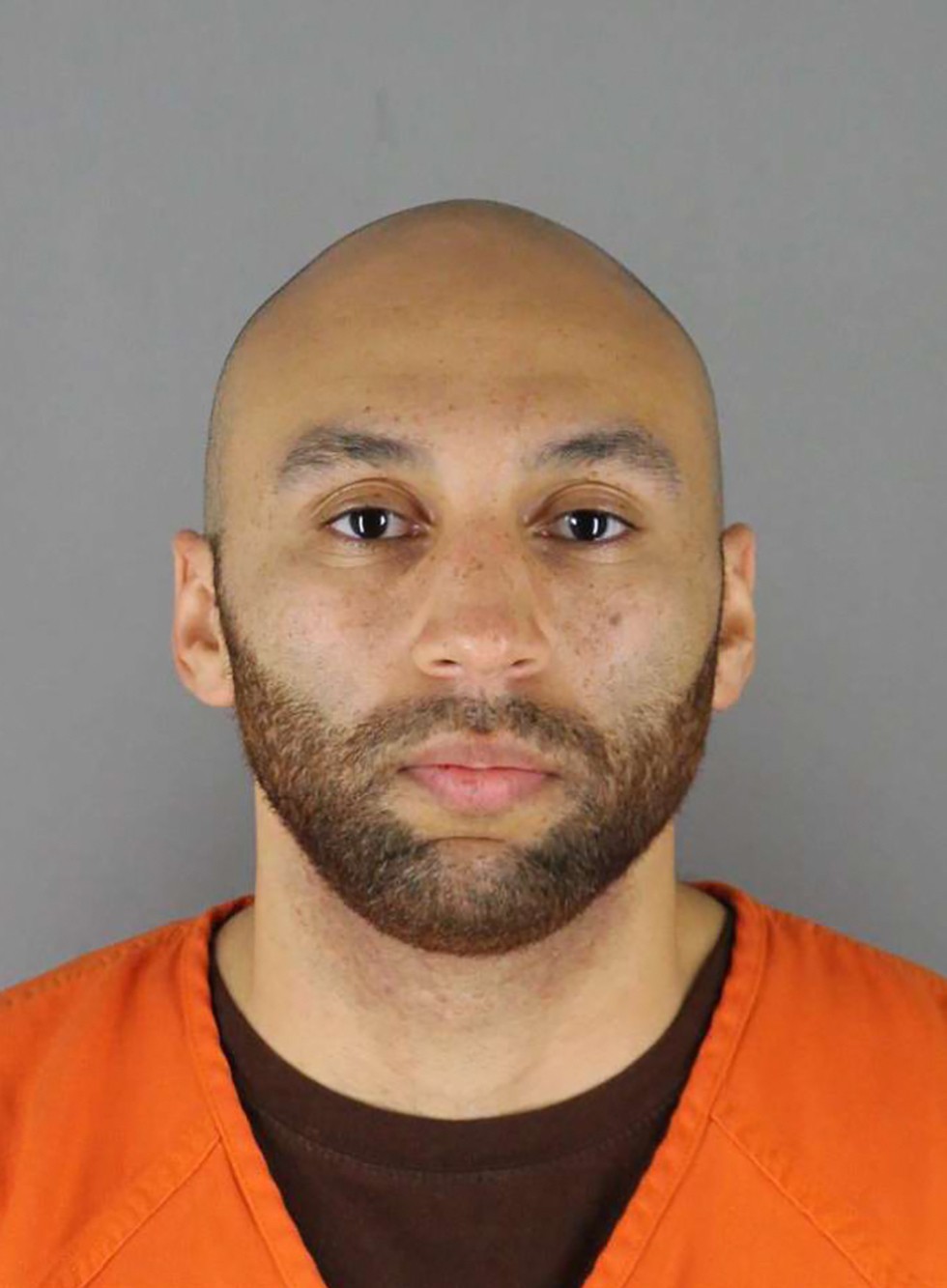 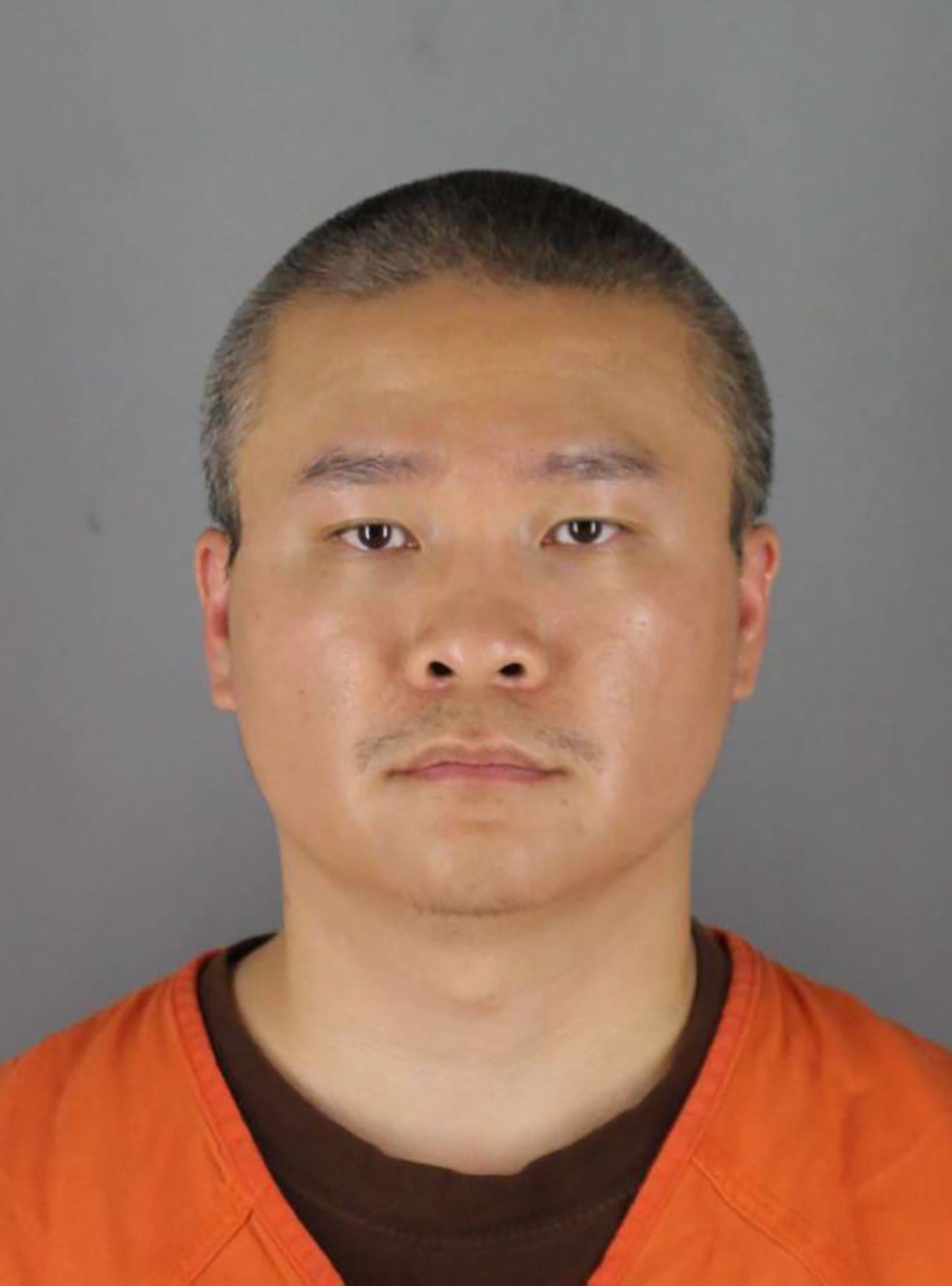 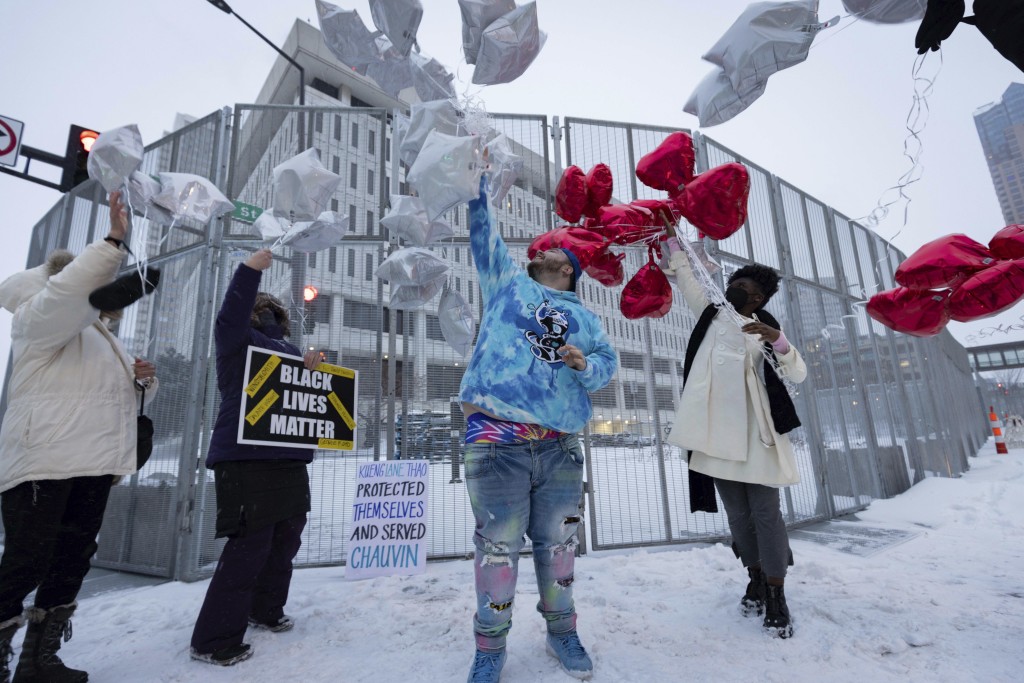 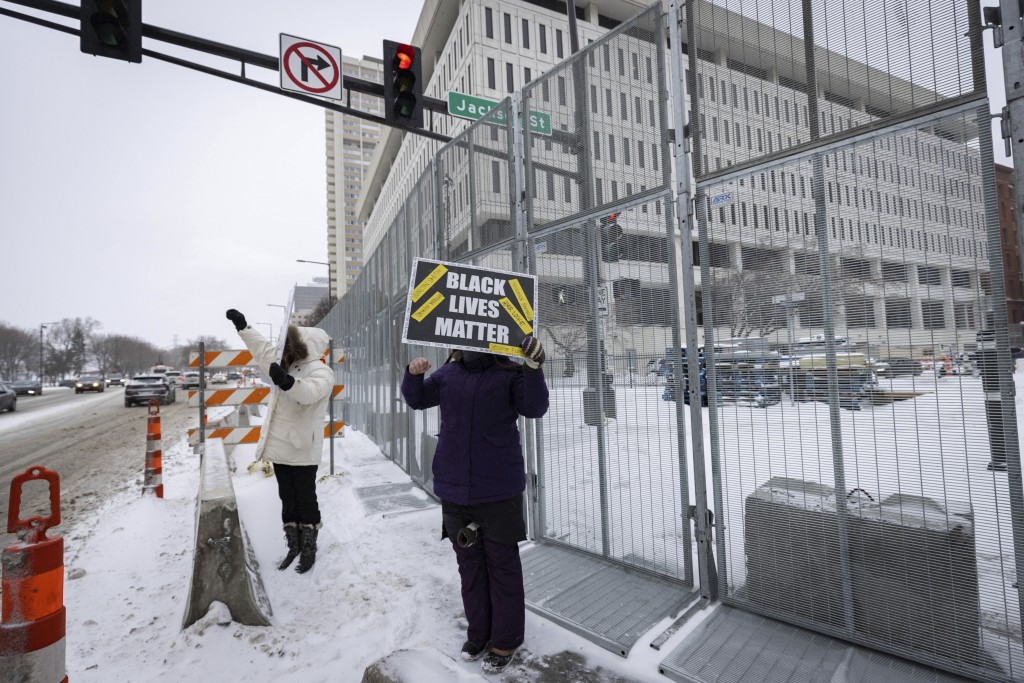 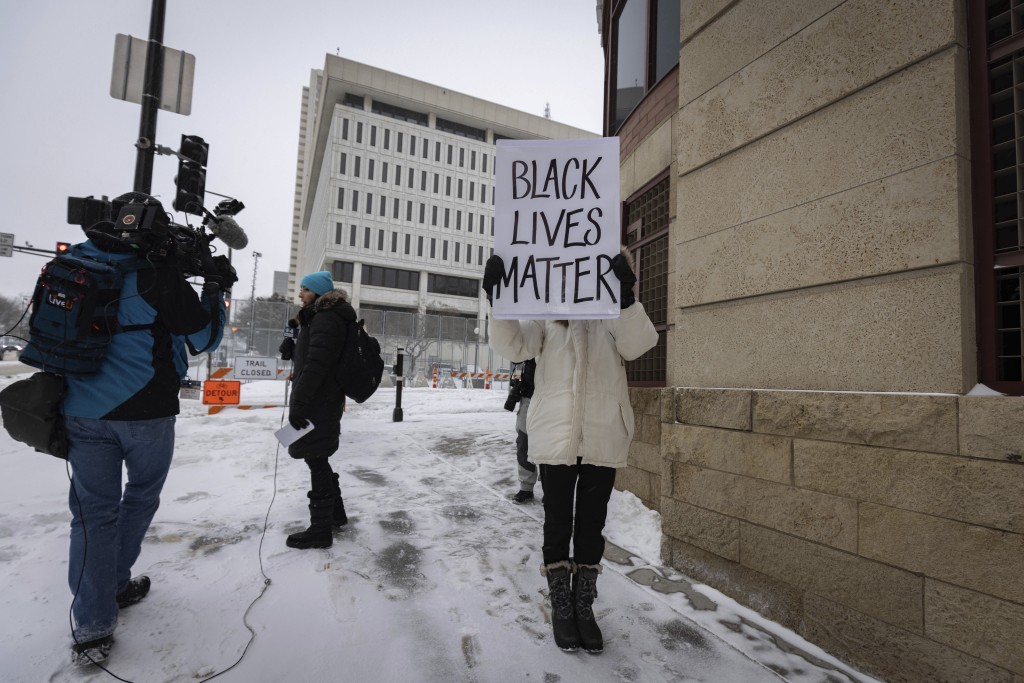 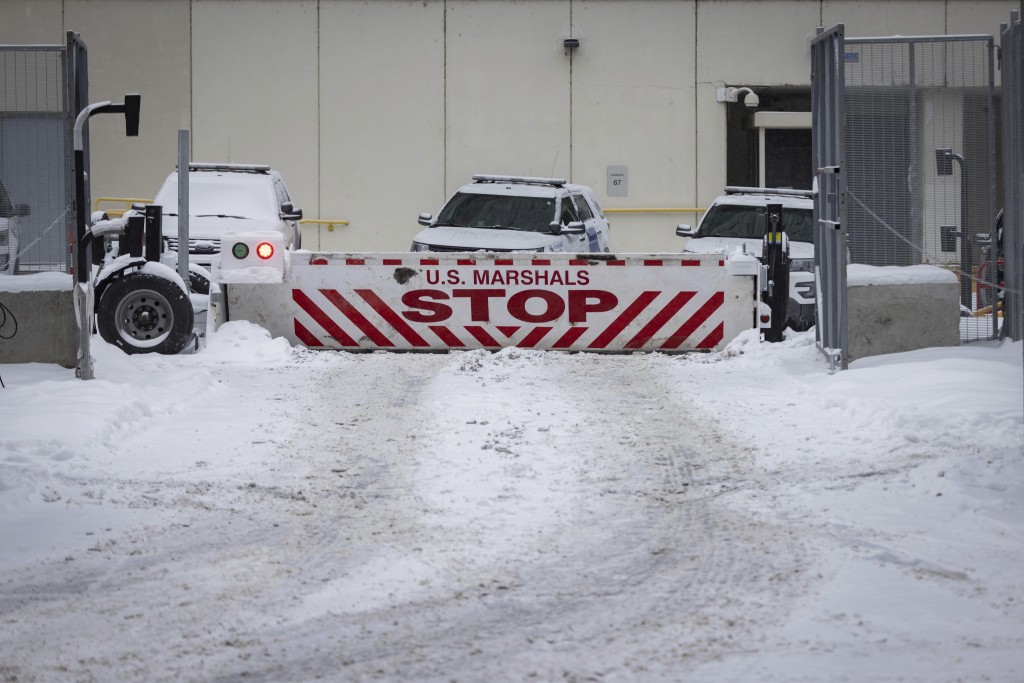 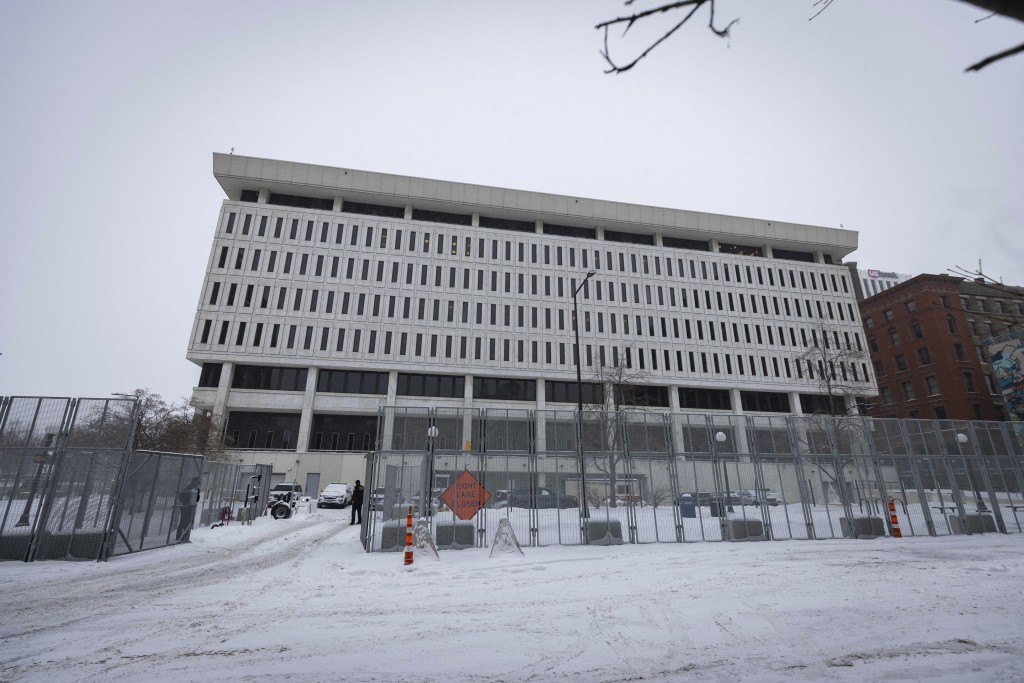 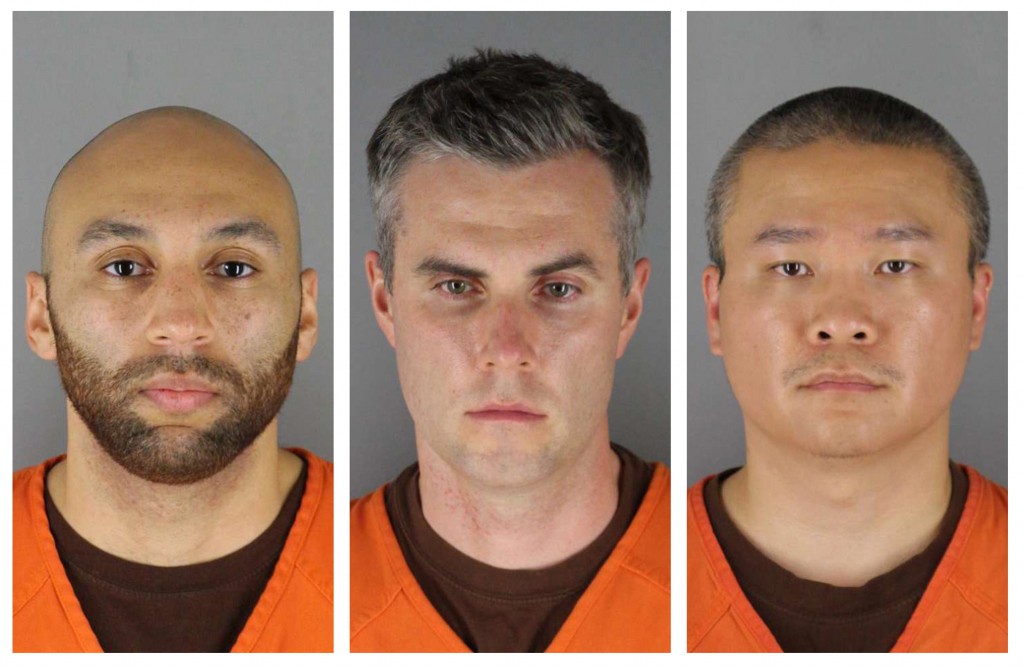 ST. PAUL, Minn. (AP) — The three Minneapolis police officers alongside Derek Chauvin at the scene of George Floyd's killing offered a variety of reasons why they weren't to blame: Inexperience. Bad training. Fear of a senior officer. The looming threat of angry bystanders.

A federal jury swept them all aside Thursday, emerging from two days of deliberations that followed a month of testimony to convict Tou Thao, J. Alexander Kueng and Thomas Lane of violating Floyd’s civil rights.

All three men were convicted of depriving Floyd of his right to medical care as the 46-year-old Black man was pinned under Chauvin's knee for 9 1/2 minutes while handcuffed, facedown on the street on May 25, 2020. Kueng knelt on Floyd’s back, Lane held his legs and Thao kept bystanders back.

Thao and Kueng were also convicted of failing to intervene to stop Chauvin in the videotaped killing that sparked protests in Minneapolis and around the globe as part of a reckoning over racial injustice.

Floyd’s brother Philonise Floyd called the verdicts “accountability,” but added: “There can never be justice because I can never get George back.”

And Floyd’s nephew Brandon Williams said he hoped the verdicts would change laws and policies to “protect people from these situations.” He also said the outcome “sends a message that says, if you murder or use excessive or deadly force, there’s consequences that follow.”

Lane shook his head and looked at his attorney as his verdict was read. Thao and Kueng showed no visible emotion. Their attorneys declined to comment immediately afterward.

Charles Kovats, acting U.S. attorney for Minnesota, called the convictions a reminder that all sworn law enforcement officers have a duty to intervene.

“These officers had a moral responsibility, a legal obligation and a duty to intervene, and by failing to do so, they committed a crime,” Kovats said.

Chauvin and Thao went to the scene to help rookies Kueng and Lane after they responded to a call that Floyd used a counterfeit $20 bill at a corner store. Floyd struggled with officers as they tried to put him in a police SUV.

During the monthlong federal trial, prosecutors sought to show that the officers violated their training, including when they failed to move Floyd or give him CPR. Prosecutors argued that Floyd’s condition was so serious that even bystanders without basic medical training could see he needed help, but that the officers “chose to do nothing.”

The defense said their training was inadequate. Kueng and Lane both said they deferred to Chauvin as the senior officer at the scene. Thao testified that he relied on the other officers to care for Floyd’s medical needs as his attention was elsewhere.

A jury of eight women and four men that appeared to be all-white reached the verdicts after about two days of deliberations. The court did not release demographics such as race or age. Lane is white, Kueng is Black and Thao is Hmong American.

The former officers remain free on bond pending sentencing, which has not yet been scheduled. Conviction of a federal civil rights violation that results in death is punishable by life in prison or even death, but such sentences are extremely rare. Federal sentencing guidelines rely on complicated formulas that indicate the officers would get much less.

Chauvin, who is white, was convicted of murder last year in state court and pleaded guilty in December in the federal case. He was sentenced to 22 1/2 years in the state case. A sentencing date has not yet been set in the federal case, but both sides agreed Chauvin should face a sentence ranging from 20 to 25 years.

Public reaction to Thursday's verdicts was muted, with only a tiny handful of protesters visible outside the courthouse, which was surrounded by fencing throughout the trial. On the day Chauvin was convicted, many people listened live as his verdicts were read and crowded into the square where Floyd died for a celebration afterward. That trial was livestreamed, while this one was not.

Lane, Kueng and Thao also face a separate trial in June on state charges alleging that they aided and abetted murder and manslaughter.

The verdicts come just days after the conviction of three white men on hate crimes charges in Georgia in the death of Ahmaud Arbery, a 25-year-old Black man who was chased and shot in February 2020.

Find AP’s full coverage of the killing of George Floyd at: https://apnews.com/hub/death-of-george-floyd