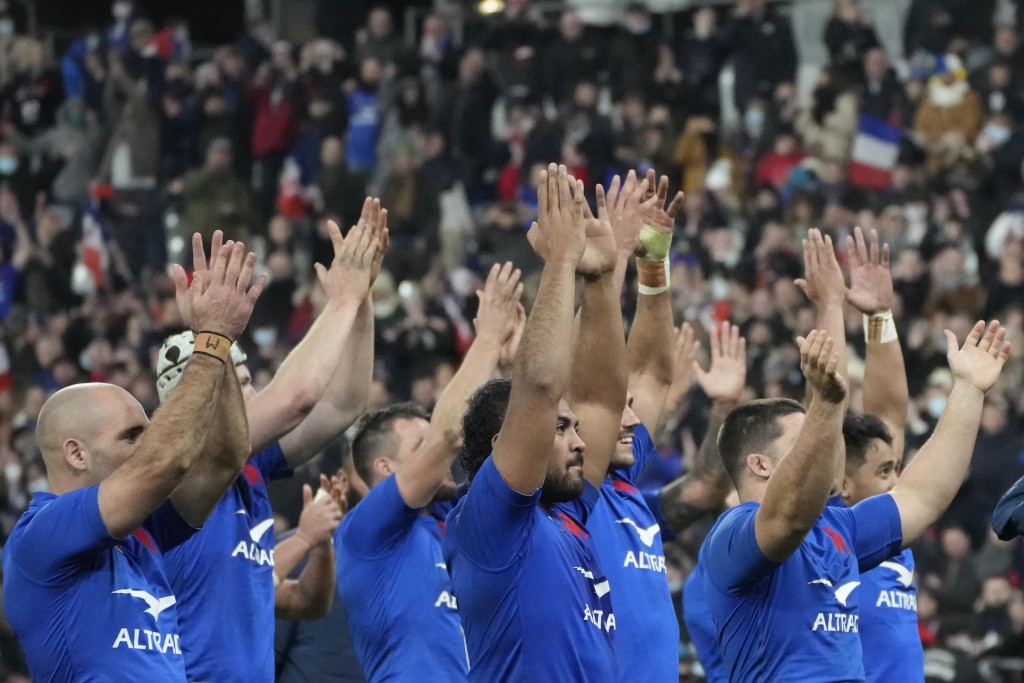 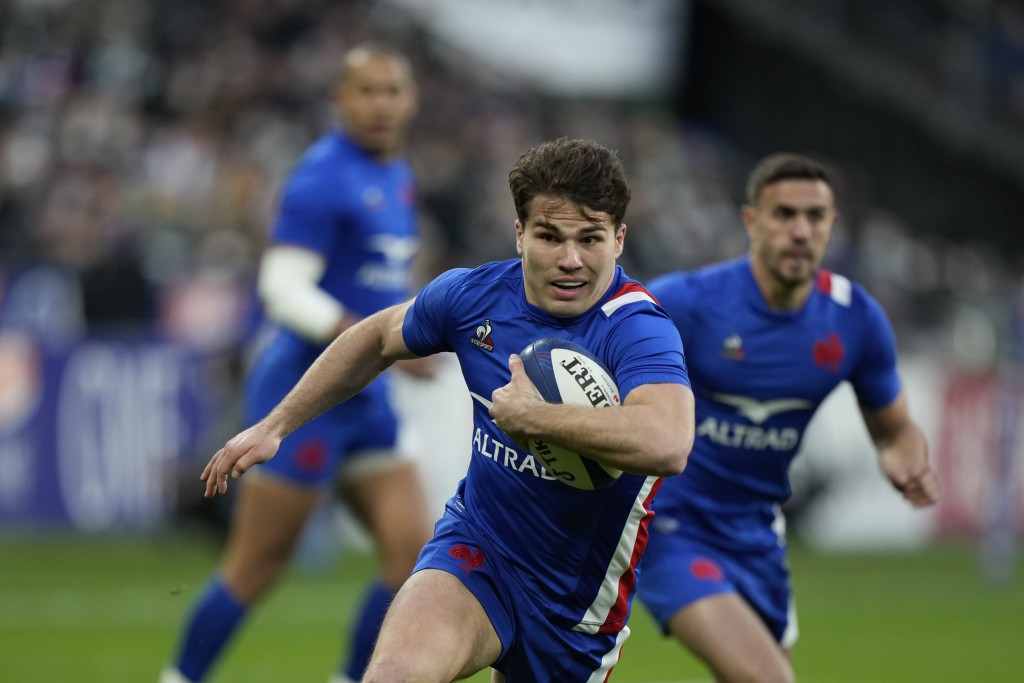 The French bring their ambitions of a Six Nations Grand Slam to Murrayfield on Saturday, when Scotland hopes to beat them a third straight time.

Scotland has to, or its title hopes are over for another year.

After a decade of ineptitude, France's biggest stumbling block to a first Six Nations crown since 2010 has been Scotland of late.

France had Grand Slam designs in 2020 until the fourth round at Murrayfield, where prop Mohamed Haouas was sent off while leading just before halftime. Scotland prevailed 28-17 and France lost the title to England on points difference.

Last year, the pandemic delayed their match to the tournament finale in an empty stadium. France had to win big for the title but, in the Paris rain, Scotland clung on and won 27-23 despite Finn Russell being sent off with 10 minutes left. France was second in the championship again.

"The squad has gained a lot of experience in the last two years and there won't be any surprises this time,” he said.

A wiser France side has laid down another title challenge after seeing off Italy 37-10 and biggest rival Ireland 30-24 to be the only unbeaten team.

The championship is France's to lose and the self-belief is high this season after big home wins over New Zealand and the Irish. The growing number of supporters are responding in kind with expectations that this, finally, is the year of the cockerel.

“Murrayfield is always extraordinary and it's no coincidence that 20,000 French fans will be going there,” France coach Fabien Galthie said. "We've been preparing for that this week, whether it's physically, strategically, tactically or psychologically. We're looking for optimal preparation and we're not far off.”

Jonathan Danty has recovered from injury to return to center, bumping Yoram Moefana to the left wing in place of an injured Gabin Villiere. Moefana was picked for his robustness.

“It will be crucial to stand up blow for blow to their backs, who are very quick and strong,” Galthie said. "And their two wingers are walking on water at the moment.”

The two are Darcy Graham and Duhan van der Merwe, who will have to contend with Damian Penaud, the championship's best wing.

The manner of Scotland's meek loss to a depleted Wales in Cardiff — a week after a comeback win over England — called into question the team's progress, ability to handle expectations, and opponents in hostile atmospheres.

Scotland faced Wales as the favorite and hardly fired a shot.

Coach Gregor Townsend reacted by leaving the backline alone but shaking up the pack with four changes; giving flanker Rory Darge a starting debut, No. 8 Magnus Bradbury a first start since 2020, Zander Fagerson a go at tighthead, and switching Sam Skinner to lock.

“We believed we could go down there (to Cardiff) and win and we put a lot of energy into that game,” Skinner said. "We were gutted not to get the result but we've got to move on, we've got to put it right, because this is do or die for us this weekend.

"This is the strongest France side we'll have faced over the last few occasions we've played them and we need to make sure we're at our very best in order to get the win.”

Townsend said beating France in their last two matchups, and last three home matchups, helps their preparation: They know what works and what doesn't.

Their discipline doesn't. The Scots have conceded 13 penalties each to England and Wales. They are the worst offenders in the competition and gifting easy points. They no longer have any margin for error.

“It is our last chance to be in the race for a trophy at the end of the season,” Townsend said. "We believe in our group so we have to put everything into this at the weekend and deliver what we're capable of delivering.”