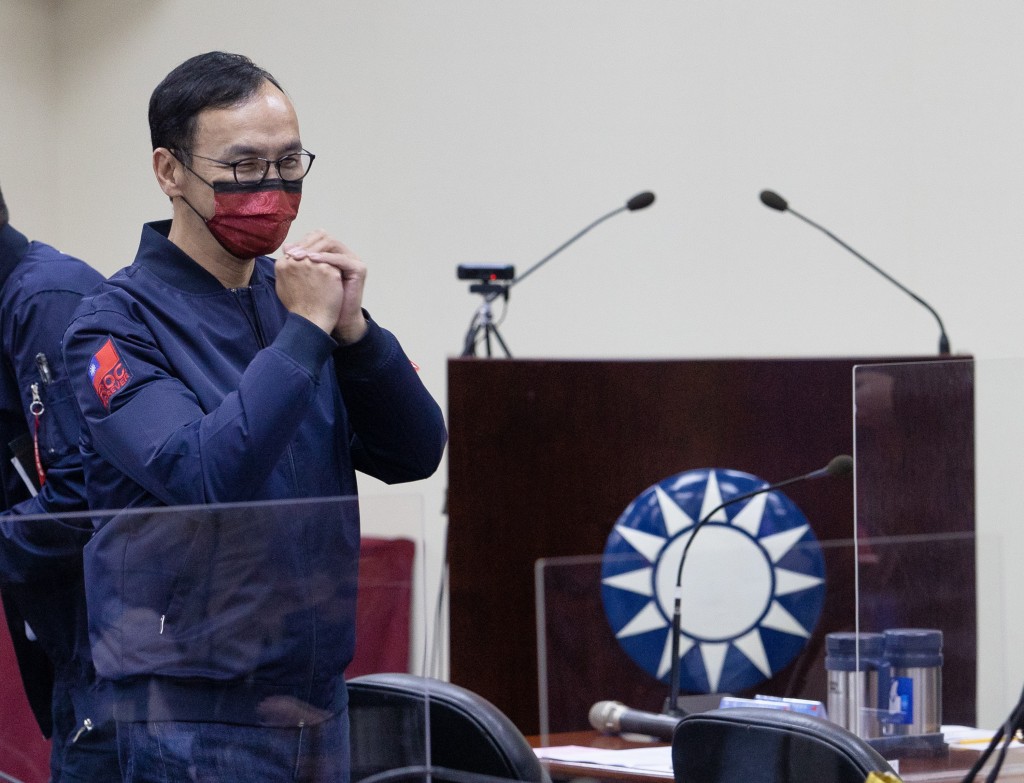 TAICHUNG (Taiwan News) — In Eric Chu (朱立倫) victorious run for Kuomintang (KMT) chair last year he pledged to restore the fortunes of a party that appeared to be at a low point. Since then, things have gotten dramatically worse for both him and the party.

Two polls have just been released, both of which are grim reading for Chu and the KMT. The public is losing faith in both him and the party.

The latest My-Formosa poll shows Chu’s popularity continuing to plunge, with the percentage of respondents expressing confidence in him dropping to only 27.4 percent. Worse for Chu, only 2.4 percent were “very confident” and the remainder only “somewhat confident.”

Then there is the latest Taiwan Public Opinion Foundation (TPOF) poll, which shows the KMT’s support once again dropping to third place with only 15 percent, below the Taiwan People’s Party (TPP) (which took second place with 16.2 percent support) and nearly half that of the ruling Democratic Progressive Party’s (DPP) 29.2 percent. While the TPP doesn’t yet have the institutional muscle to come even close to topping the KMT in this year’s local elections, it is becoming increasingly clear Taiwanese voters would prefer an alternative to the KMT as the main opposition party.

So far, Chu’s reign as party chair has seen one disaster after another; some attributable to him and some inherited from the party’s past. He even started weak, securing the party leadership with only 46 percent support in a four-way race after fending off an insurgency by KMT hardliner Chang Ya-chung (張亞中).

The only win the party has had since he took office was the successful recall of Chen Po-wei (陳柏惟, aka 3Q), but that was largely attributable to his predecessor’s work. Since then he’s lost six straight votes — all four referendums, a recall, and a by-election.

The press has finally begun to challenge the KMT’s local patronage factions, long associated with sleaze and corruption. A recent case has brought the KMT’s Yilan County Commissioner, her family members, and a vast swathe of party officials under a wide-ranging investigation into alleged corruption.

Chu has claimed these are the fault of an “autocratic” DPP-led campaign “abusing the law” to “hunt and kill” his party, and has convened a team of lawyers to fight back against their “smears.” At almost the same time, his new appointment to the KMT’s central election strategy committee is none other than the “King of Hualien” lawmaker Fu Kun-chi (傅崐萁) — a crooked former judge who recently finished serving jail time for stock manipulation and has been welcomed back into the party with open arms.

The polls suggest that few are buying Chu’s finger-pointing at the DPP for his party’s problems. Worse for Chu, it’s increasingly clear that he’s losing control internally.

By far the most popular politician in the party and his former protege New Taipei Mayor Hou Yu-ih (侯友宜) openly rebuked Chu’s line on the referendums in a stunning manifesto that in effect declared independence from Chu and the party — and called on voters to do the same.

Then, Chu added Hou and Taichung City Mayor Lu Shiow-yen (盧秀燕) to the party’s central nomination committee for the party’s candidates in this year’s local elections, apparently without bothering to consult either. They both turned him down very publicly.

Meanwhile, inside the party the knives are out. Following the loss in the by-election in January Chu—to the surprise of nearly everyone—skipped the final rallies in an apparent effort to distance himself from the impending losses and neglected to perform the apology and deep bow of contrition that is customary after a defeat.

Calls for his resignation rose throughout the party ranks, but he managed to keep his post with the tepid support of party elites.

The elites are deeply concerned because the most likely challengers to take over the party are all hardliners who are anathema to the mainstream voting public: Chang Ya-chung, former KMT presidential nominee Han Kuo-yu (韓國瑜) and Broadcasting Corporation of China chair and New Party co-founder Jaw Shaw-kong (趙少康).

Chu is keenly aware of the disunity in his party and is showing signs of panic. On Tuesday, pro-KMT media UDN quoted Chu as saying in an internal meeting that “The KMT should change its name to the ‘infighting party’, the whole world’s most famous internal strife party is the KMT, it likes most to fight internally.”

He also appears to be losing the initiative and is coming across as increasingly desperate.

After several party bigwigs (fearing yet more ballot box calamities this year at the hands of a stronger, more united DPP) called for the KMT to work with the TPP in this year’s elections, Chu belatedly acquiesced, saying “the opposition forces should wholeheartedly unite to win more victories.” Yet so far, sensing they have the initiative, the TPP is having none of it, in spite of reportedly a major wealthy donor offering huge sums of cash for the TPP to do so.

In theory, Chu and the KMT should be in a strong position entering this year’s local elections. In the last elections in 2018 the KMT won most of the mayor and county commissioner posts in a landslide.

Even better for the KMT, the majority of those who won in 2018 are in their first term, in a country that more often than not gives politicians two terms. Plus, several key posts—including the mayors of traditionally KMT-leaning places like Taipei and Taoyuan—are being vacated as their current officeholders reach their term-limits.

With a strong candidate in Chiang Wan-an (蔣萬安) in Taipei especially, the KMT should be in a good position to not only hold most of the gains from 2018, but to even expand on them. That is what Chu promised he would accomplish when running for party chair.

Chu will have to deliver on that promise, or face calls for his resignation, which is the traditional response to a major electoral defeat. He may yet deliver, and he has been dealt a strong hand in terms of electoral math.

If the elections don’t go well later this year for the KMT, and Chu does resign, then the party faces a potentially even worse future. The main candidates who’ve shown interest in running for chair are all even further from mainstream public opinion than Chu.

Much is riding on this year’s elections for Chu, the KMT, and the future political course of the country.