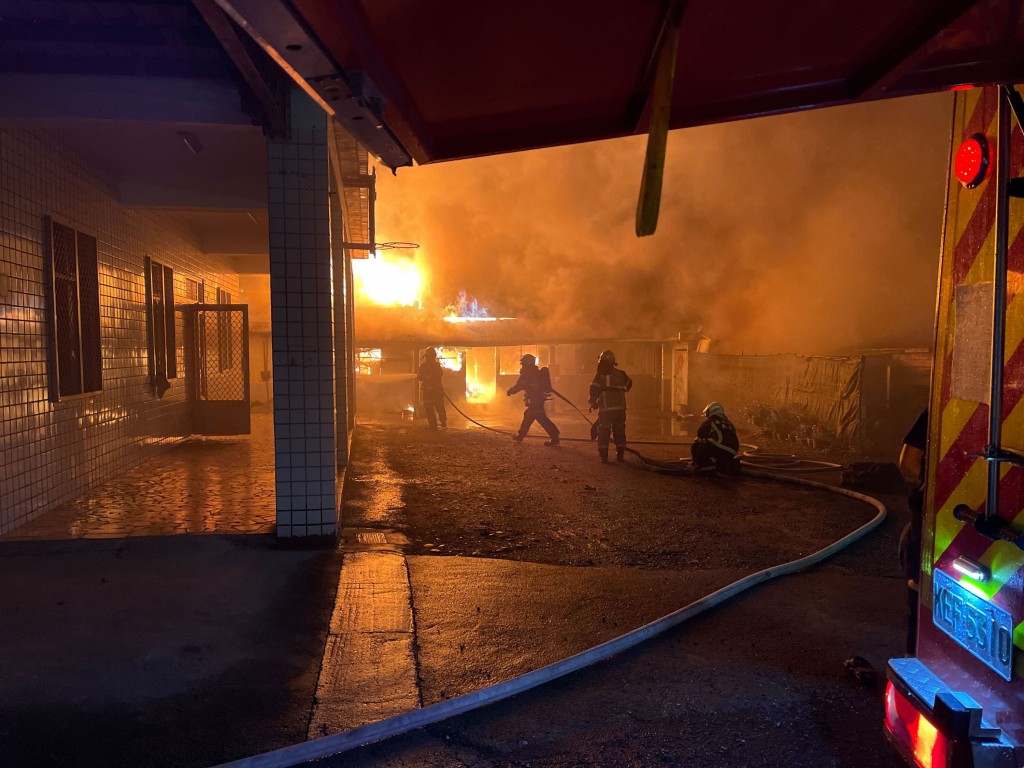 TAIPEI (Taiwan News) — After a fire occurred at an old warehouse in Taitung on Wednesday evening (Feb. 23), a man ran into the house located next to it to save his elderly mother.

CNA reported that the old, brick warehouse began smoking at around 10 p.m., and within 10 minutes, flames appeared. The fire spread very quickly and engulfed the warehouse, alarming residents in the area.

The 88-year-old woman living next to the building called her son, a 59-year-old man surnamed Lyu (呂) who is also the owner of the warehouse, and emergency services for help. After receiving the call, Lyu rushed from his home nearby to his mother’s residence and ran into the already smoke-filled house, and then carried his mother out on his back.

Lyu’s mother was crying with fright when rescued, while Lyu collapsed to the ground in shock after reaching safety, CNA reported. He said he had “nearly forgotten to breathe,” recalling the narrow escape.

The Taitung County Fire Department sent fire engines and ambulances to the scene. Both Lyu and his mother suffered light injuries from smoke inhalation, but were fine after getting treatment at the hospital. The fire was contained before spreading further. The owner of the warehouse reportedly collapsed due to shock after saving his mother. (Taitung County Fire Department photo)