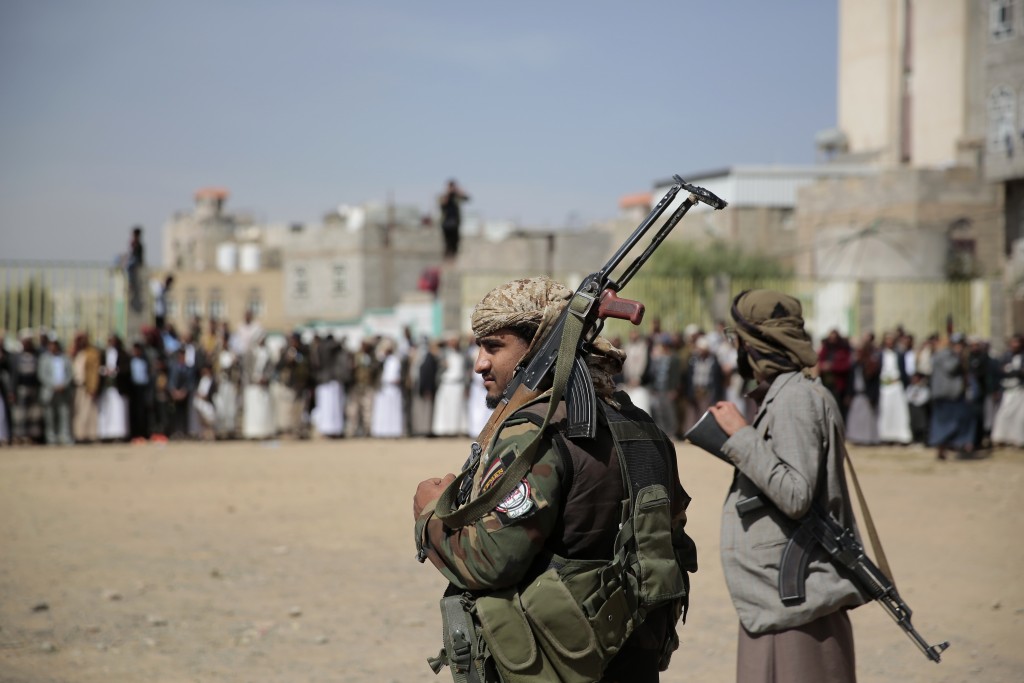 WASHINGTON (AP) — The United States added to sanctions Wednesday against what it said were members of an illicit financing network for Yemen’s Houthi rebels, responding to the Iran-backed group's recent escalation of drone and missile attacks on its oil-rich Gulf neighbors .

The penalties from the Treasury Department appeared to fall short of the tougher measures that the Saudis and Emiratis, key strategic partners of the U.S., had sought from the Biden administration.

U.S. officials have been in talks with Saudi Arabia and the UAE as the crisis in Ukraine worsens high petroleum prices and a supply shortfall globally.

President Joe Biden said last month that the United States was considering redesignating the Houthis and individual Houthi leaders as terrorists, a step that typically carries harsh U.S. government penalties for those doing business with them.

The debate surrounding that U.S. threat has highlighted the difficulties the West faces in trying to fashion financial penalties that hit Yemen’s Houthis — an isolated group with limited exposure to Western financial networks — without greatly deepening hunger and poverty among millions of ordinary people in Yemen, the Arabian Peninsula’s poorest country.

The new sanctions are aimed at a source of the rebel group's financial support, targeting alleged front companies and ships that the U.S. says worked with a branch of Iran's Revolutionary Guard to smuggle petroleum and other commodities around the Middle East, Asia and Africa to help fund the Houthis.

The Biden administration already sanctioned what it says is the Houthis' lead financier, Said al Jamal, and other alleged members of the smuggling network last year. Wednesday's sanctions name additional individuals and businesses.

The Houthis seized control of Yemen's capital, Sanaa, and much of the rest of the north of Yemen in 2014. A Saudi-led military coalition entered the war the next year in a so-far unsuccessful fight against the rebels.

The Houthis have resisted Biden administration attempts to get them into peace talks and have escalated sporadic air attacks into Saudi Arabia and the UAE instead. U.S. forces in the UAE have fired back with Patriot missile batteries.

The Trump administration imposed the terrorist designation in its last days. The Biden administration lifted it as one of its first acts as aid groups said the penalties would scare away commercial food suppliers and hinder humanitarian efforts in an already chronically hungry country. An estimated 80% of Yemen’s people live in territory under Houthi control.

Saudi Arabia, the United Arab Emirates and some Americans and Yemenis argue that reinstating the designation could deter the Houthis, and possibly push them toward talks to end the war.

Humanitarian agencies and some Democrats in Congress say the opposite. They contend that the financial measures that come with such a designation risk pushing many Yemenis into famine.

Commercial suppliers and shippers would immediately stop delivery of goods into Yemen rather than risk triggering U.S. penalties, regardless of any food and fuel exemptions the U.S. might try to carve out, the senators wrote Secretary of State Antony Blinken.