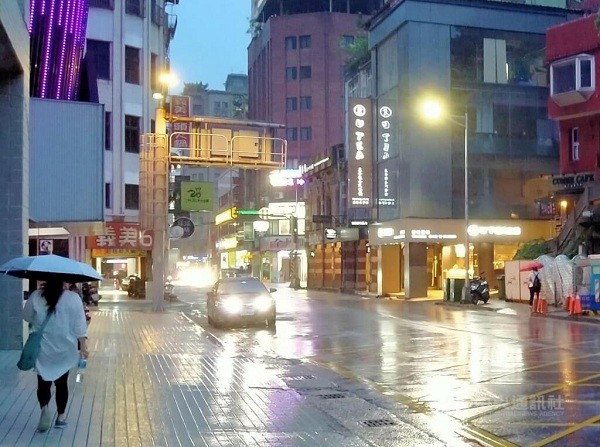 TAIPEI (Taiwan News) — Taiwan’s northern port city of Keelung saw 47 rainy days from Jan. 1 to Feb. 21, which is the longest rainy period the city has seen since 2012, the Central Weather Bureau (CWB) said.

According to the CWB website, this wave of wet weather has not only affected the north and northeast Taiwan, but it has also brought rain to the central and southern parts of the country, where rain is usually scarce in winter, CNA reported.

The bureau explained that a rainy day is when the accumulated precipitation at one location on a certain day reaches up to 0.1 millimeters. Drizzling does not count as a rainy day.

During the 52-day period from the beginning of this year to Feb. 21, there were a total of 47 rainy days in Keelung, 31 days in Taipei, 18 days in Taichung, 10 days in Kaohsiung, and 33 days in Hualien City, the bureau said.

If days with drizzling rain are included, Keelung, which is often referred to as the "rainy city," only had one dry day on Jan. 14.

Yilan City only saw five days without rain during this period, while Taoyuan’s Xinwu and Yilan County’s Suao only had six dry days, according to the bureau. 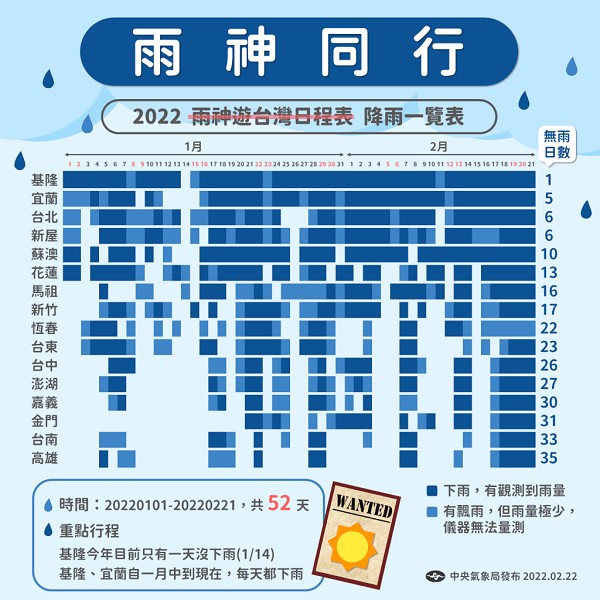