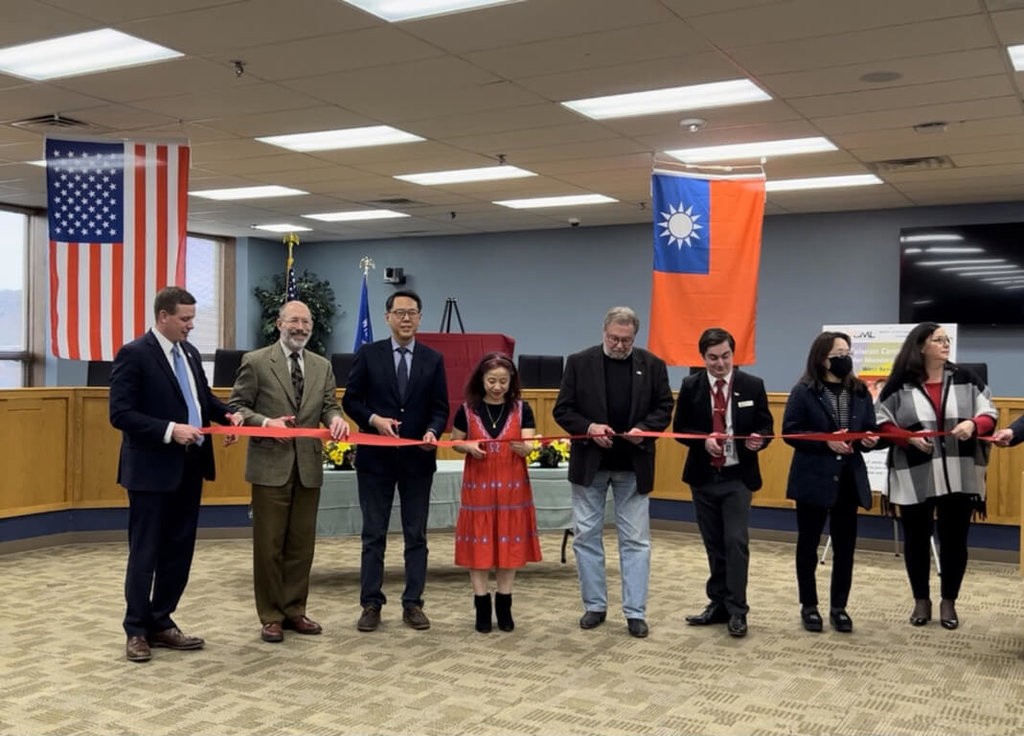 At the opening ceremony, held on Feb. 18 at West Bend City Hall, Director of the Taipei Economic and Cultural Office (TECO) in Chicago Johnson Sen Chiang (姜森) said Taiwan's teaching methods come from a liberal and democratic system that fully meets the Mandarin-learning demands of Americans, CNA reported. The center will provide a high-quality learning environment for locals and teach them about Taiwan's multiculturalism while also promoting the universal values of freedom and democracy found in U.S.-Taiwan relations, he said.

Huang Shih-chen (黃世珍), principal of the North American Chinese School, thanked the TECO and OCAC Chicago offices for their assistance in setting up the new Mandarin center. In the future, the school will provide both physical and online language courses for Wisconsinites over the age of 18, she said.

Wisconsin State Representative Rick Gundrum noted that Wisconsin and Taiwan have had sister city relations for more than 30 years. The establishment of the center in West Bend symbolizes the deepening of cooperation on language between Taiwan and the Midwestern state, he said.

The representative added that he hopes the two sides will continue to strengthen cooperation and exchanges in education, culture, economy, and trade.

To expand Taiwan’s presence in the Mandarin language-learning market, the OCAC has so far assisted 18 overseas Mandarin schools in Europe and the U.S. with setting up language centers in the past year and plans to open 27 new ones in 2022.