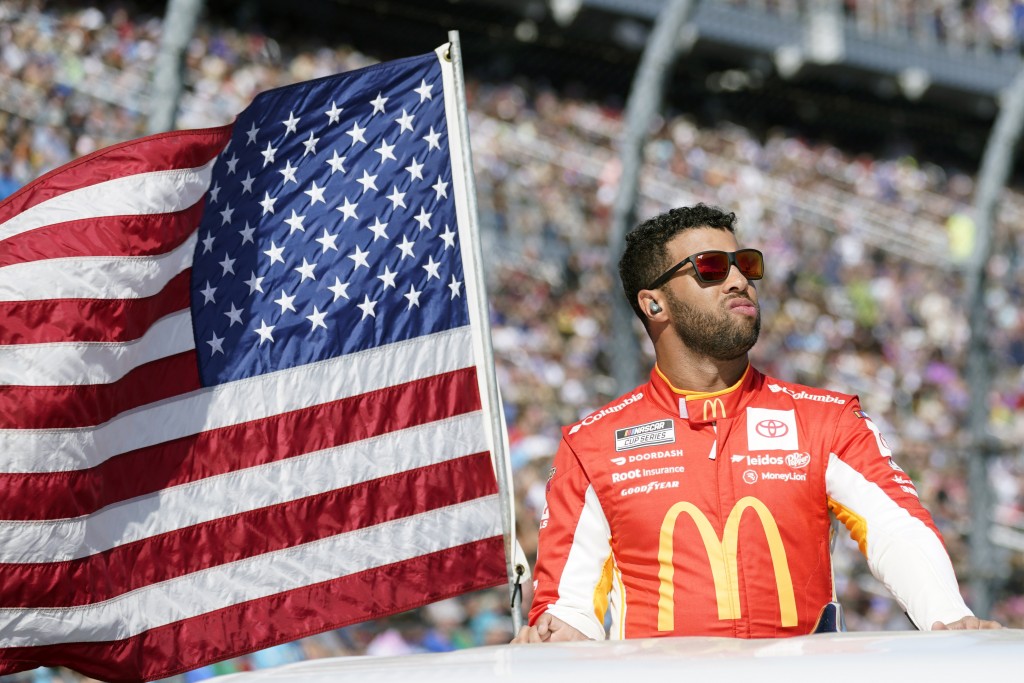 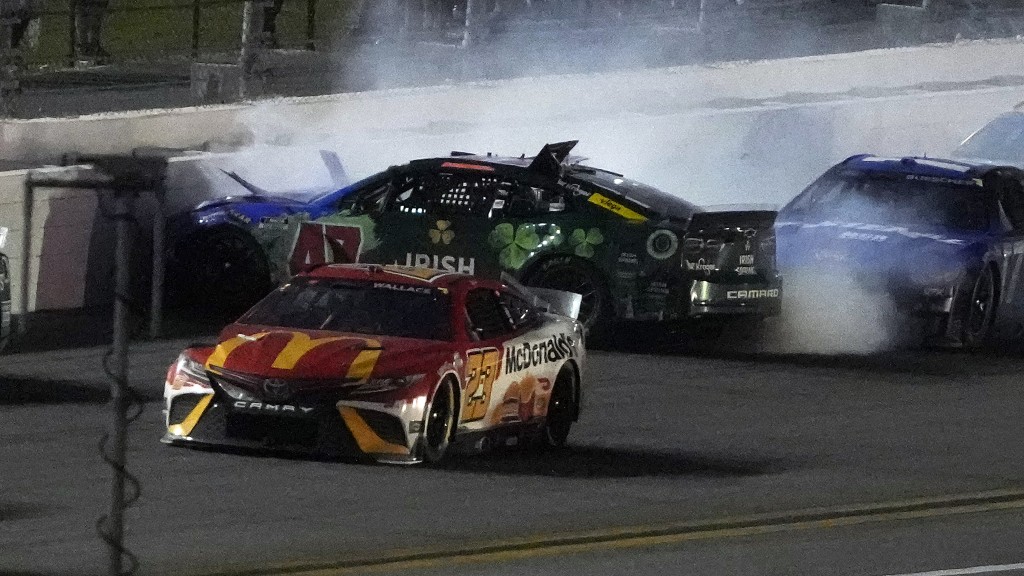 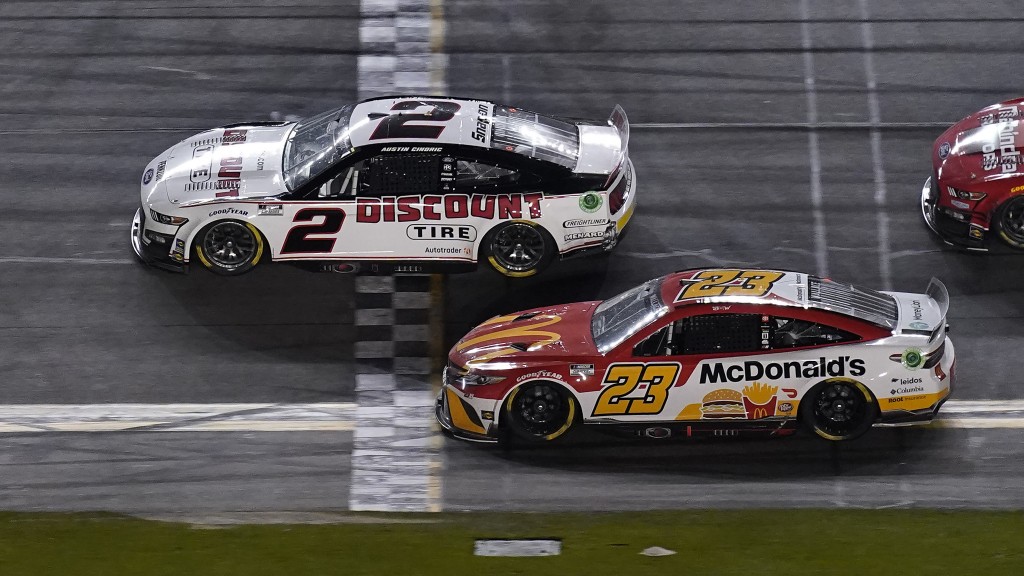 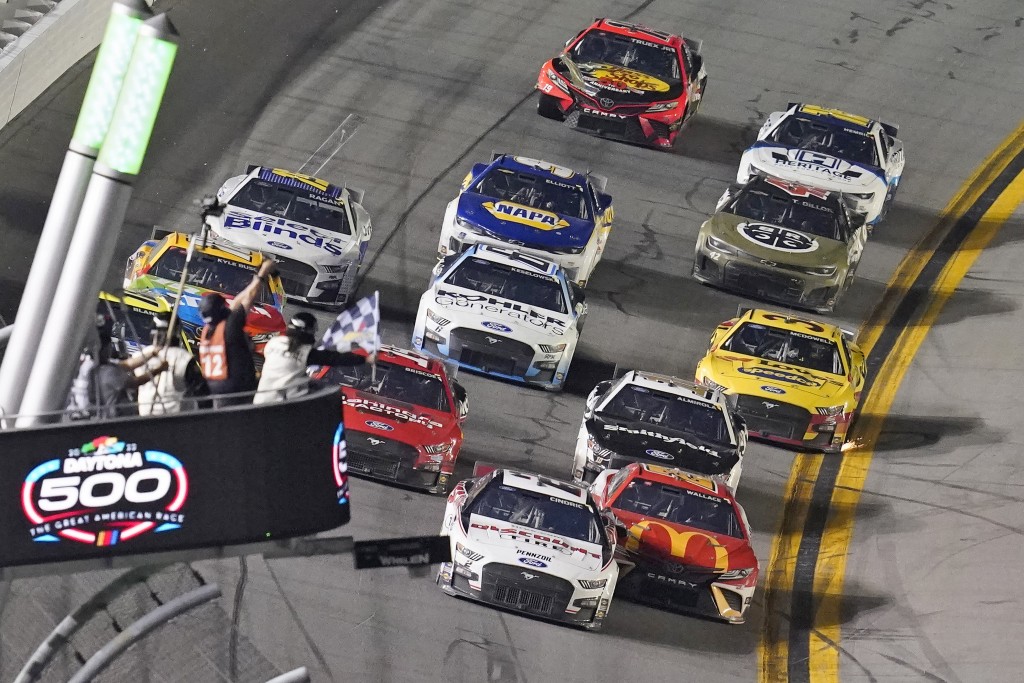 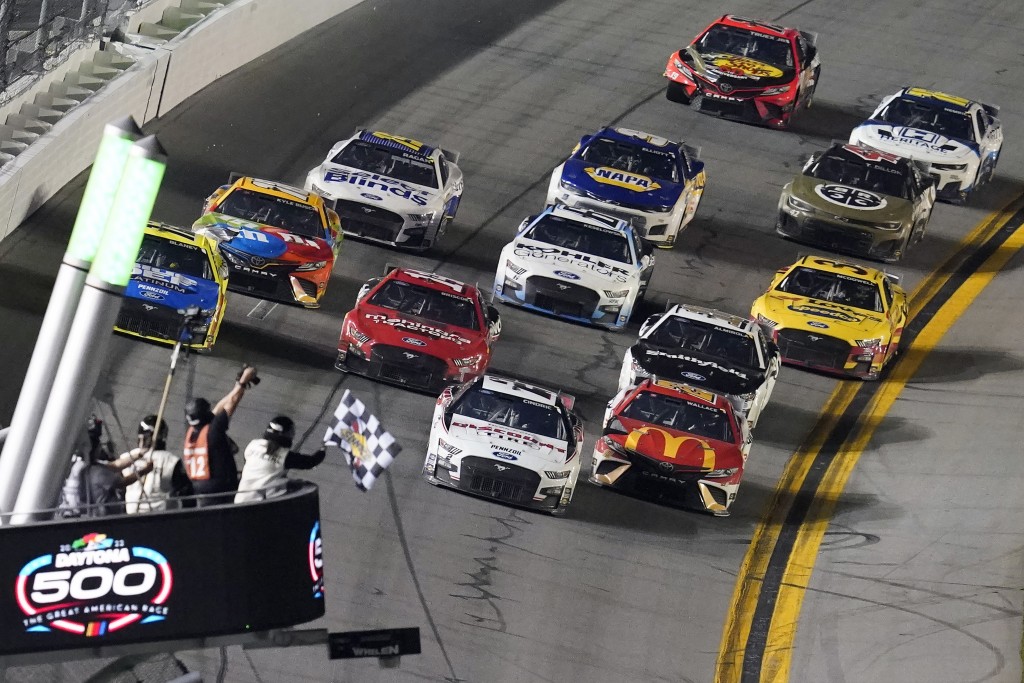 DAYTONA BEACH, Fla. (AP) — Bubba Wallace tried to explain how he lost the Daytona 500 by inches when the replay flashed on the 40-foot screen overlooking the track.

Wallace winced when he watched himself fall just short of Austin Cindric.

Wallace had to relive his second career Daytona 500 runner-up finish moments after the most agonizing near-miss of his NASCAR career. Wallace, who led laps Sunday for the second straight Daytona 500, had the checkered flag in sight. The 23XI Racing driver charged to the finish and hugged the yellow line. Cindric had enough to nip Wallace by 0.036 seconds.

“I could smell it,” Wallace said of a win.

Wallace, who finished second behind Austin Dillon in 2018, had tears in his eyes outside the No. 23 Toyota as his fiancee came up for a hug. He sipped from a water bottle and stared at the screen as Cindric was interviewed and fireworks shot off around him.

“I’ll probably go punch a pillow or hug my dog when I get back to bus,” he said.

Wallace could only think of how agonizingly close he was to etching his name in Daytona 500 history.

“This could hurt or victory could be sweet,” he said. “I think I’d rather get wrecked out than finish second.”

Wallace pulled himself together and congratulated Cindric in victory lane.

“I know there's a lot of people that want this really bad and he's definitely one of them,” Cindric said. “He's worked hard for it and puts himself in position in a lot of these races.”

Wallace already had the highest finish for a Black driver in the Daytona 500 and last year he became the first one to lead laps in the race. He led seven times for 12 laps on Sunday -- surely enough to impress team owners Michael Jordan and Denny Hamlin.

Just not enough to win a Cup race for the second time in his career.

“I had a lot of confidence those last 10 laps,” he said. “I thought we had it in the bag. Even though we were like sixth, fifth, whatever, I was like, this is our night. Maybe I jumped the gun.”

In his second season with 23XI, Wallace emerged as one of the faces of NASCAR. Wallace had successfully called on NASCAR to ban the Confederate flag at its events in June 2020. His win last October at Talladega was the first in Cup for a Black driver since Wendell Scott in 1963.

It was already a big week in Daytona for Wallace. McDonald’s, one of Wallace’s sponsors, announced a streetwear line in collaboration with the driver and 23XI. Netflix dropped the docuseries “RACE: Bubba Wallace,” that chronicles the only Black driver at NASCAR’s top level and his professional rise and personal role in social justice issues.

Jordan, who had a front-row view of a fence-shredding wreck in the Xfinity race, was at the race. Hamlin stuck around, too, after an early crash ended his bid for a fourth Daytona 500 championship.

“I hated how our day ended but great job to @BubbaWallace and the @23XIRacing team. Get me to Cali asap,” Hamlin said.

Wallace just seemed dazed in the moments after he climbed out of his car. His friends and crew patted him on the shoulder and congratulated him on the run. Team owner Joe Gibbs, who once had Wallace race for him in the developmental series, walked over on pit road for a small pep talk.

“I appreciate the support that I have here from my true fans that understand me and that get me as a person,” Wallace said. “It's once race. One race into the long season.”

With a lineup of Fortune 500 companies backing Wallace, the 28-year-old Wallace is better positioned to build off Daytona than he was in 2018 as an inexperienced Cup driver for underfunded Richard Petty. Wallace had two more top-10s the rest of the 2018 season. The expectations set by Jordan are higher than the former Bull could dunk in his prime.

"I knew this was a big move last year for me to go out and be competitive, and we’re showing that," Wallace said.

Winner in NASCAR's biggest race? Not yet.