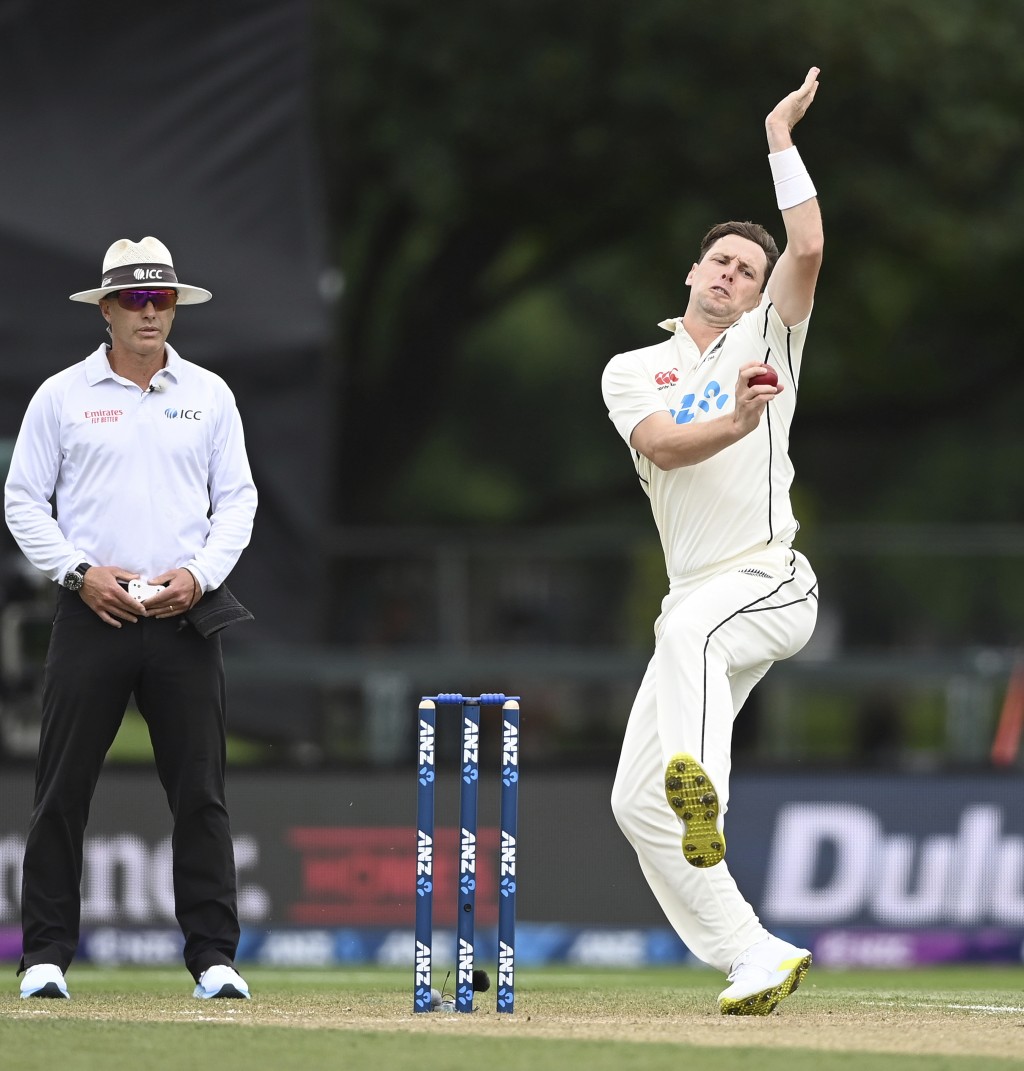 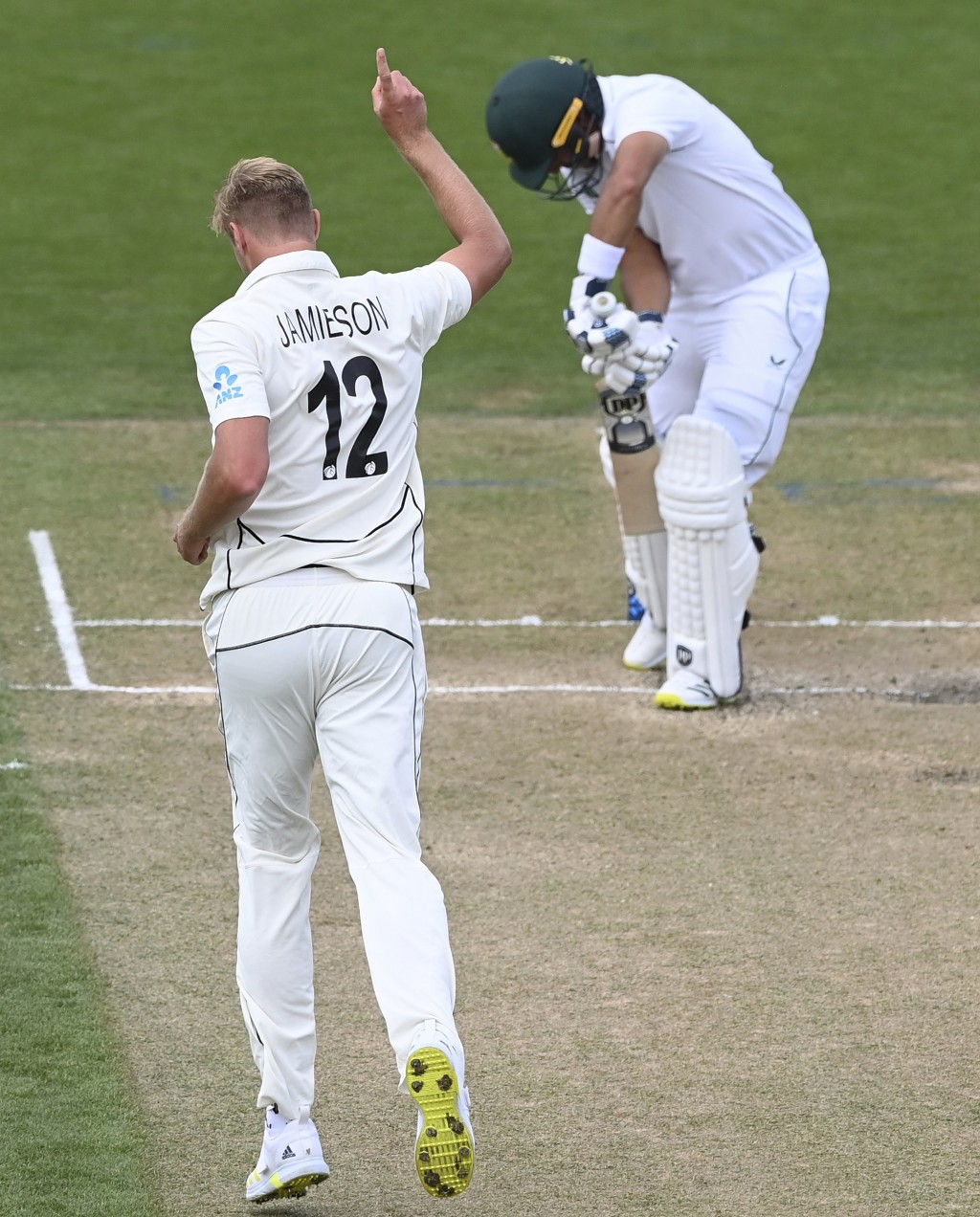 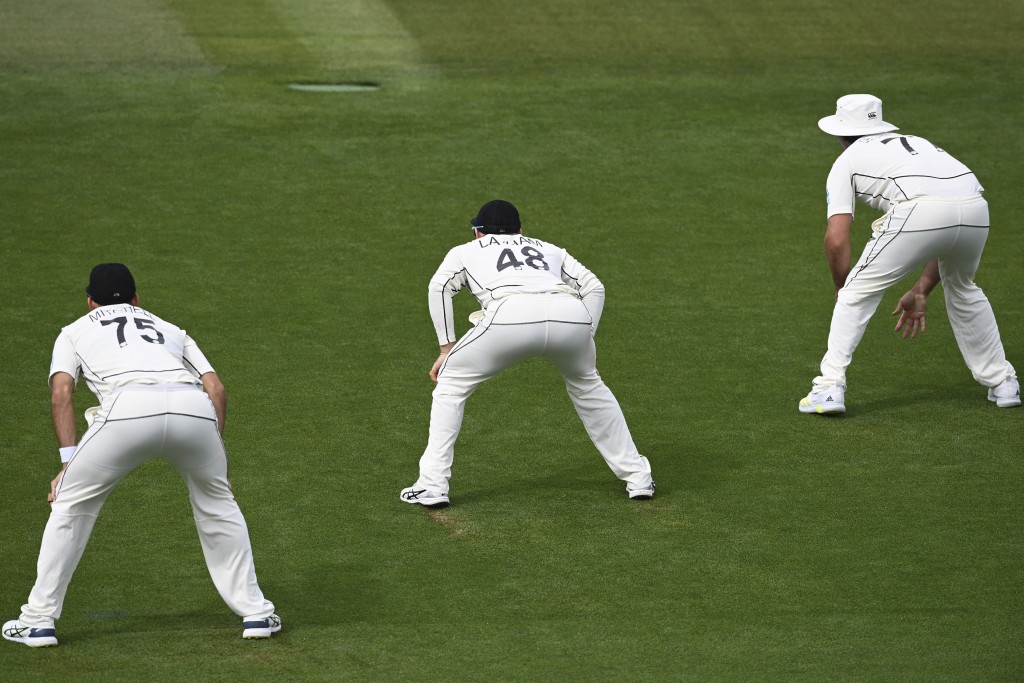 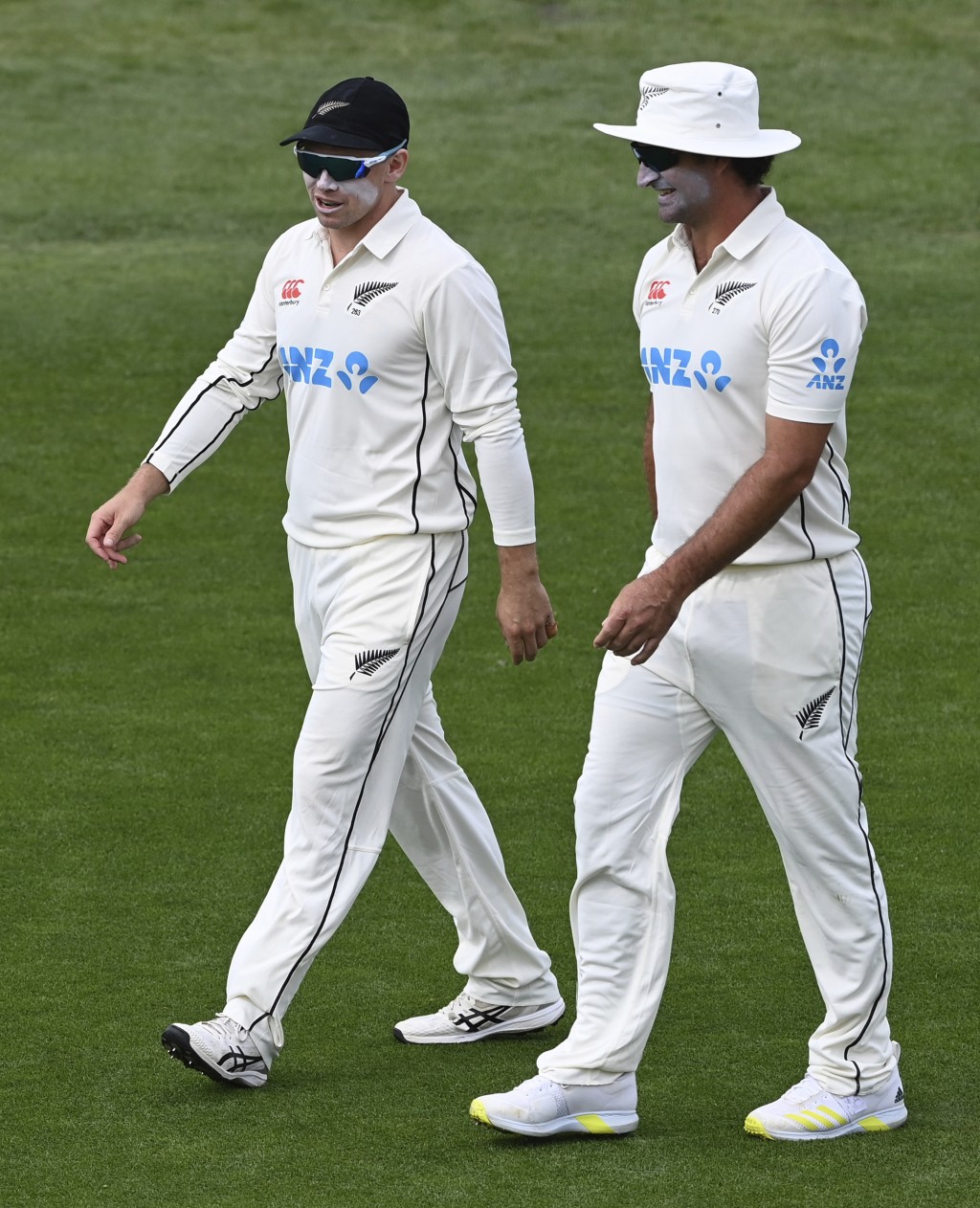 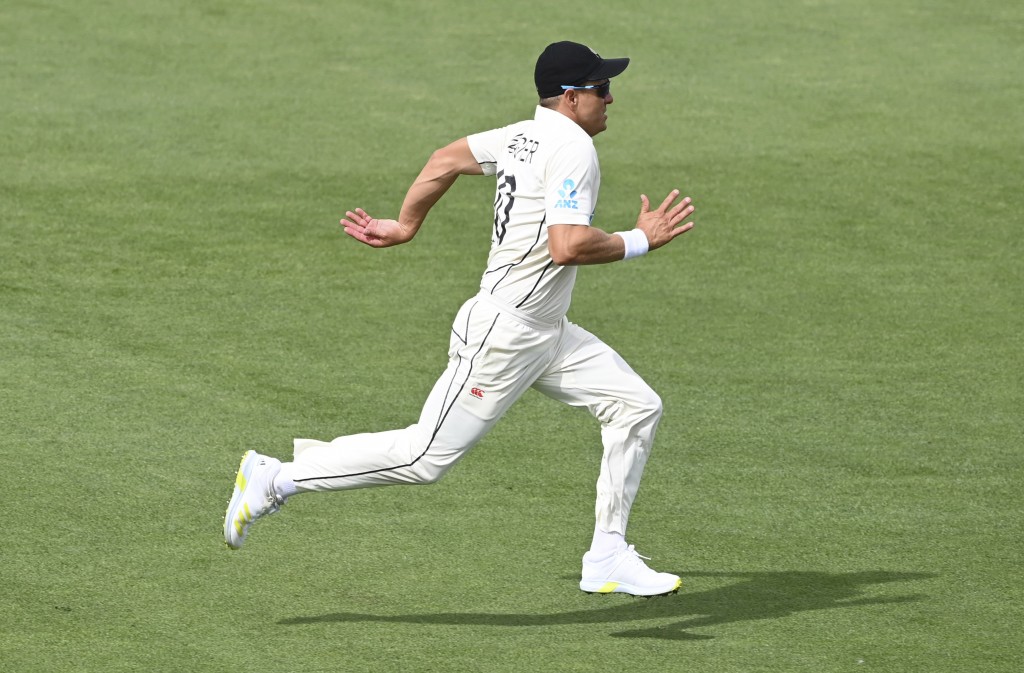 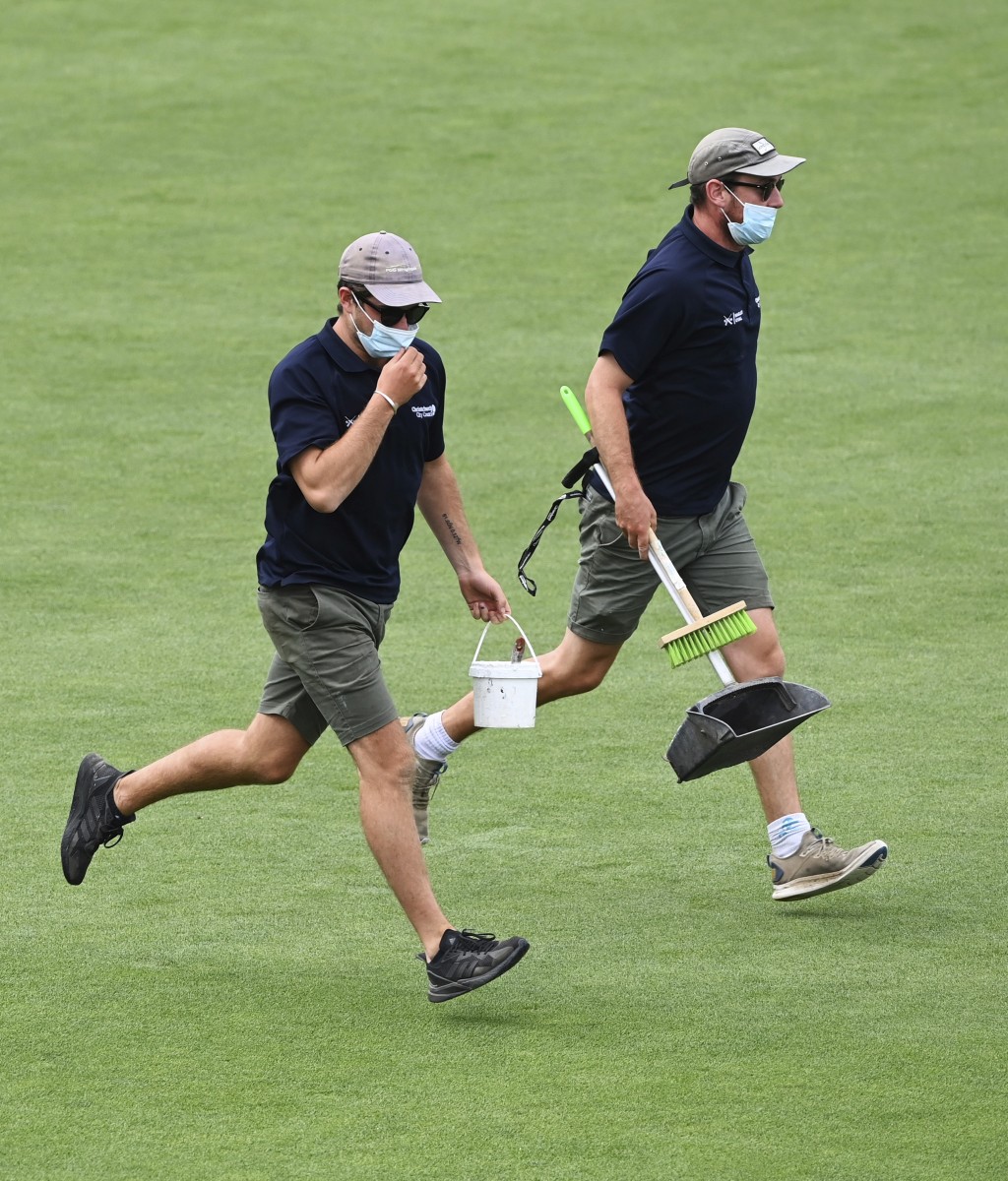 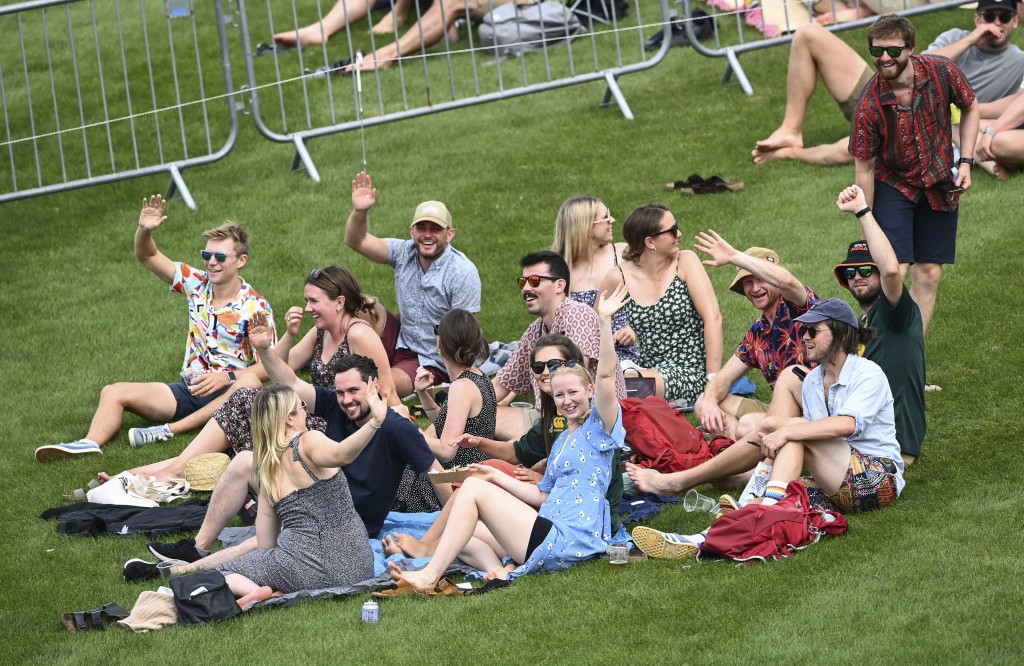 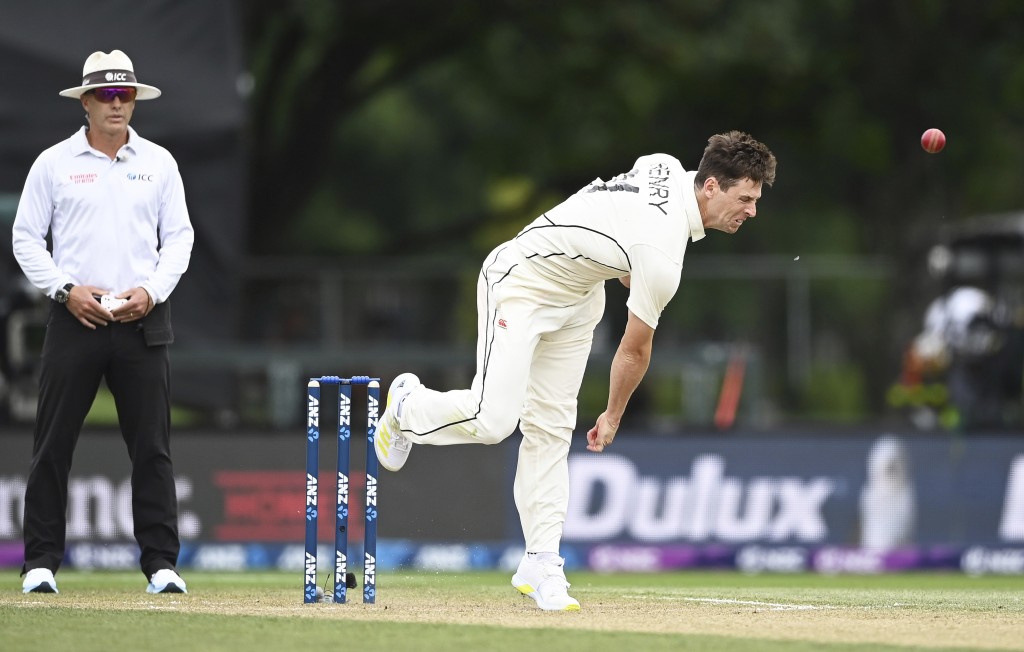 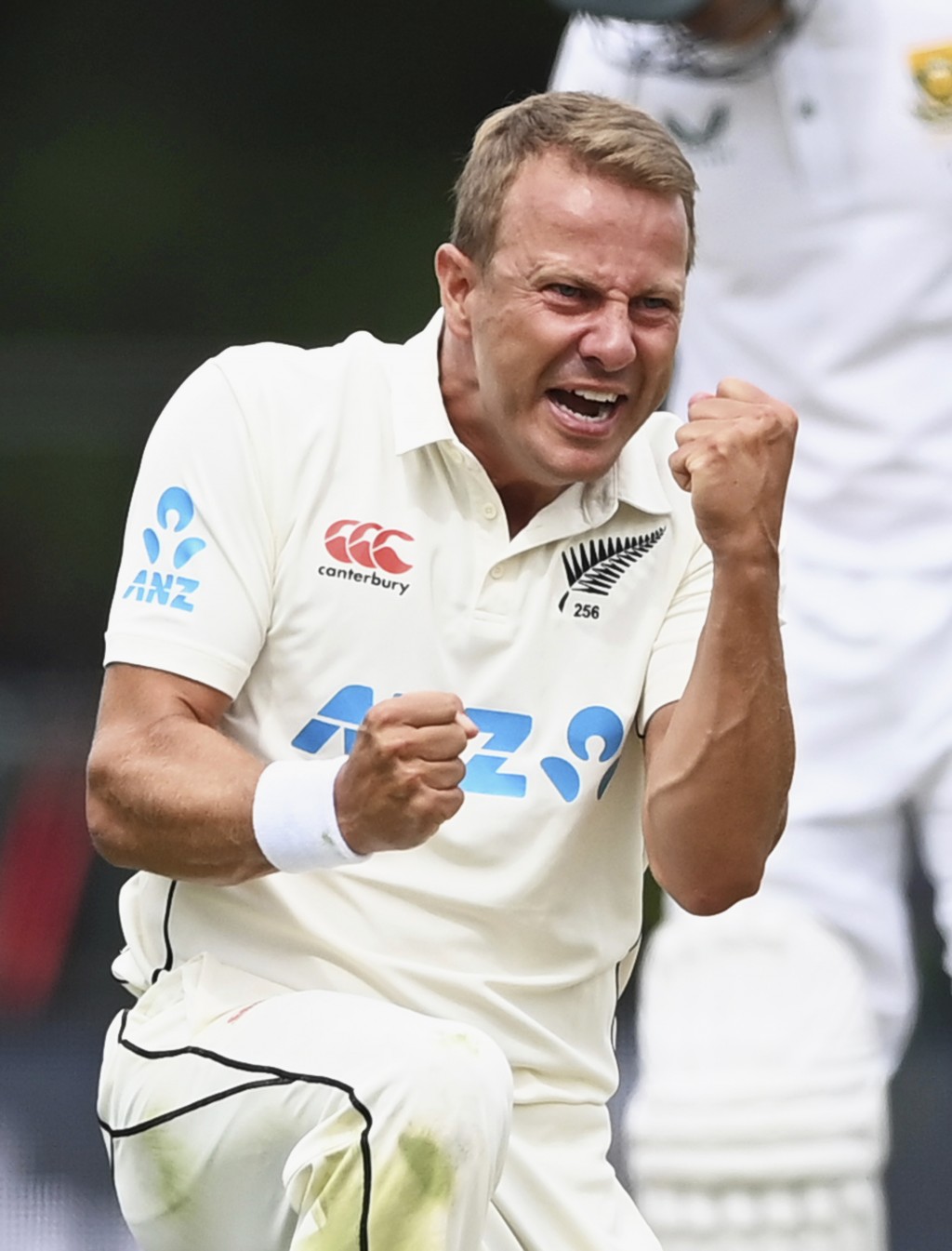 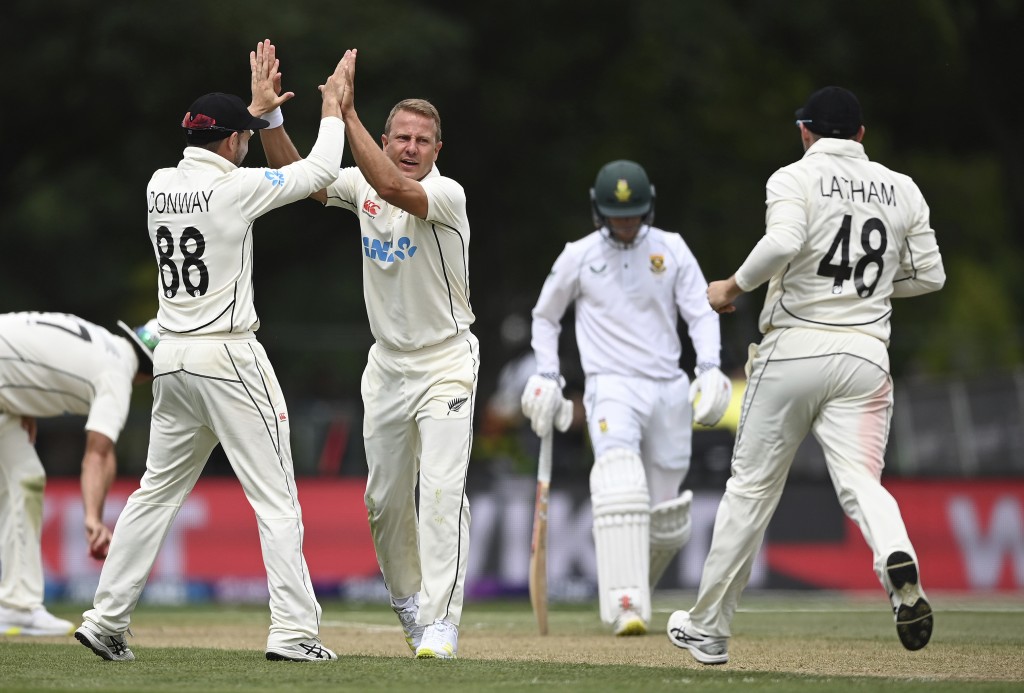 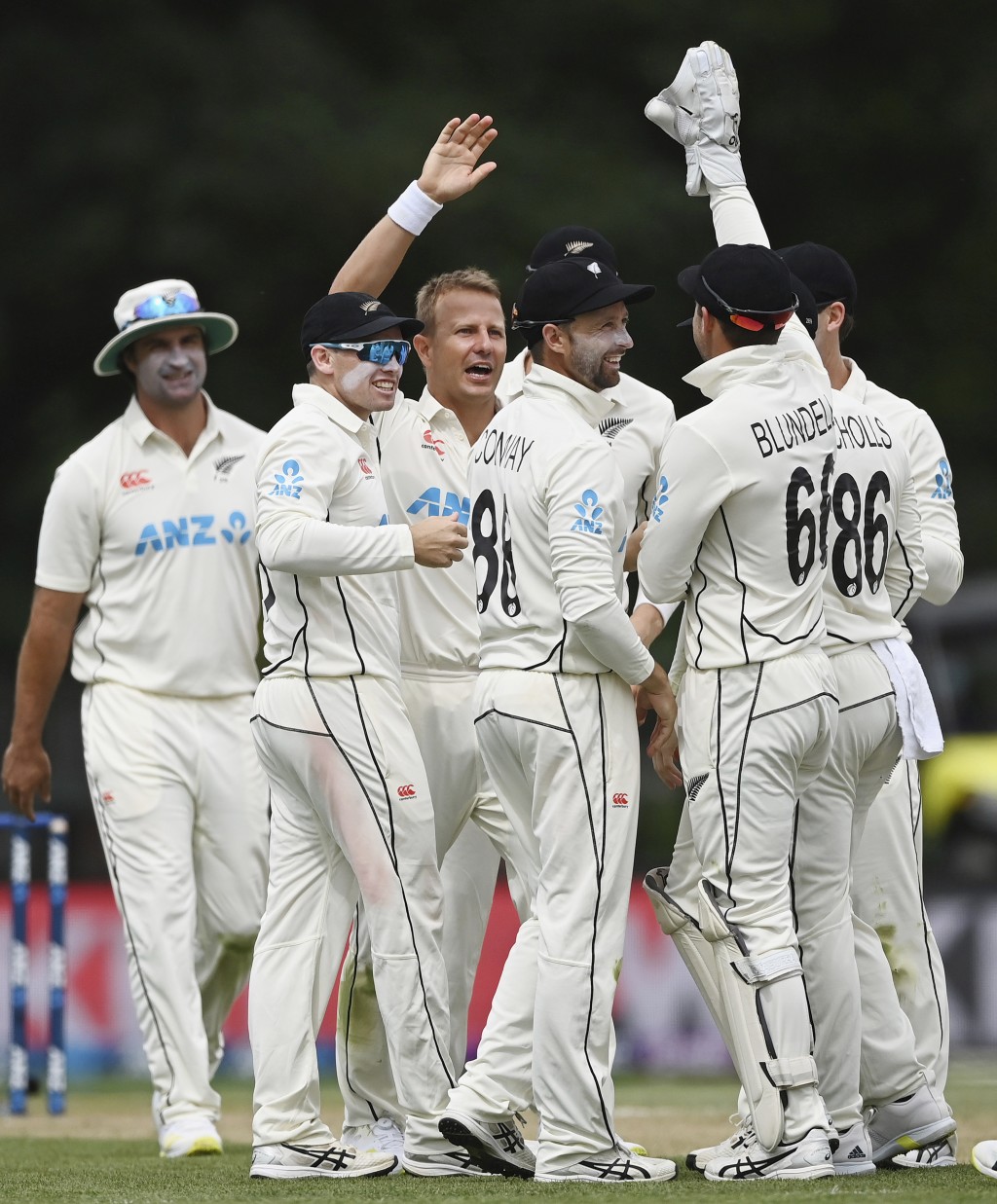 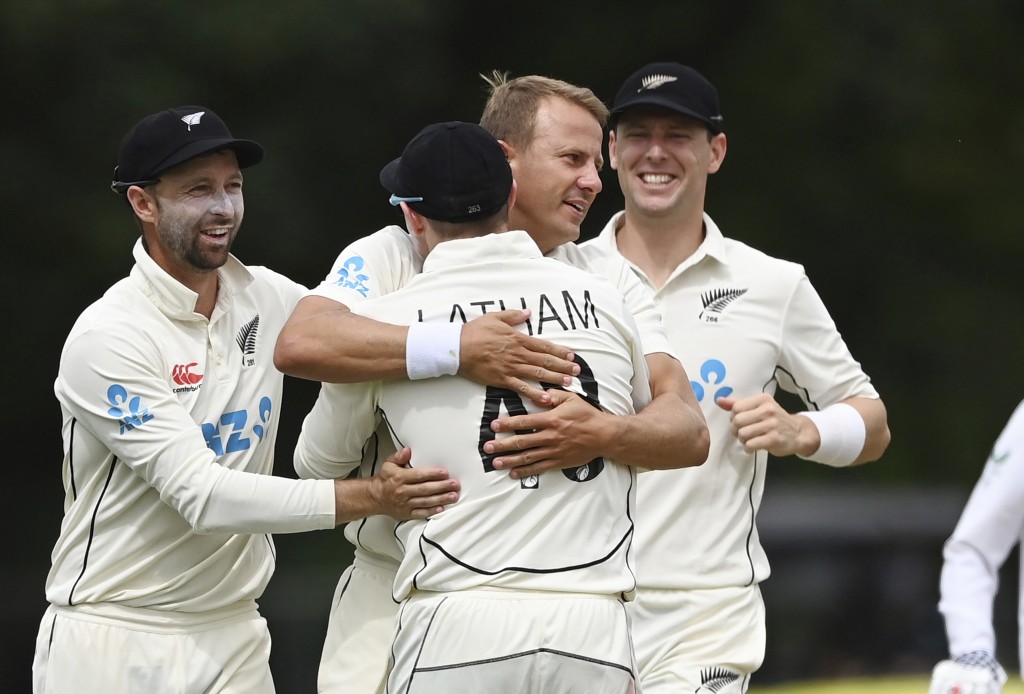 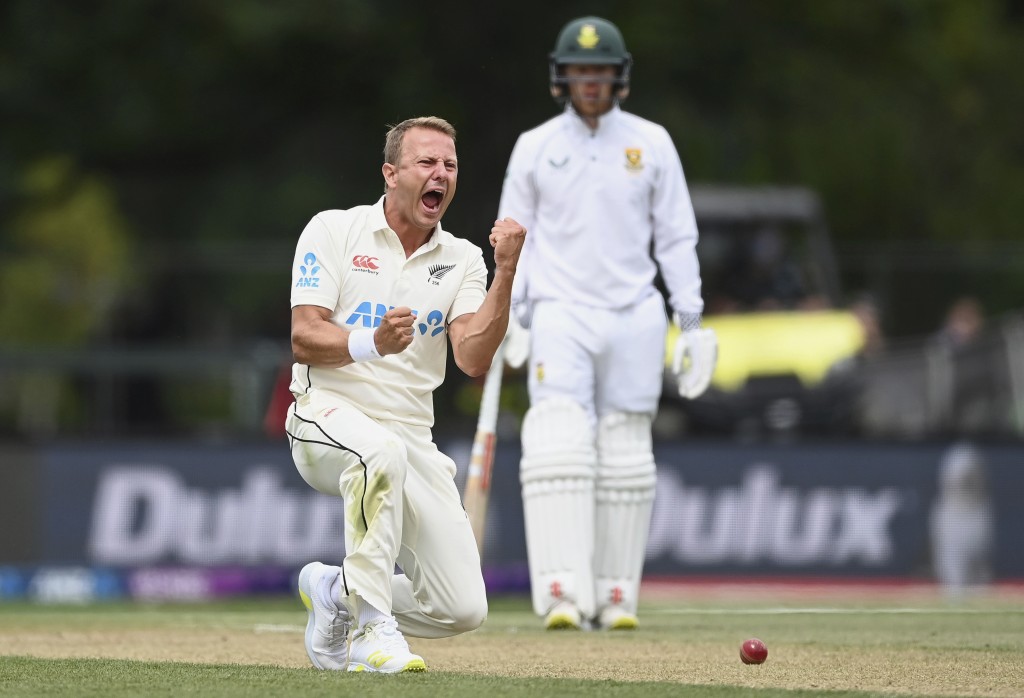 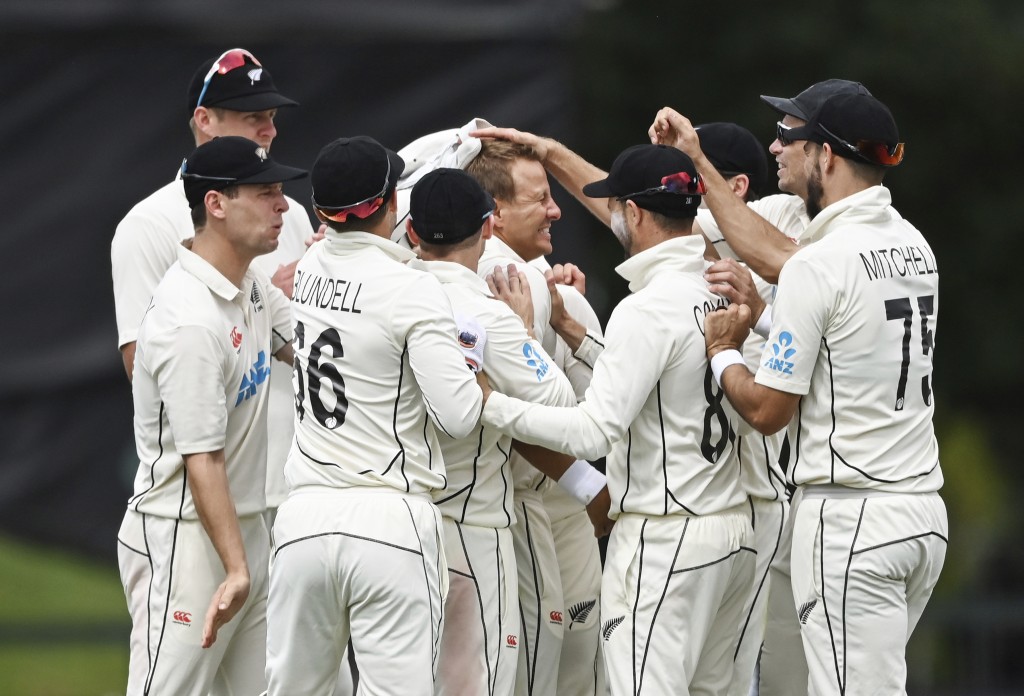 New Zealand needed only an extended session to complete an innings and 276-run win over South Africa in the first test on Saturday, its first test victory over the Proteas in 18 years.

Tim Southee took 5-35 as New Zealand bowled out South Africa for 111 in its second innings after only 32 overs on the third day at Hagley Oval in Christchurch.

South Africa started the day at 34-3, trailing New Zealand by 353 runs after making only 95 in its first innings. New Zealand batted once and made 482 with Henry Nicholls making 105 and Tom Blundell 96.

“It was pretty to come here and for us all to have a performance like that,” said Henry who only played in the absence of Trent Boult who is on paternity leave. “It’s been brilliant. It is pretty special to get man of the match here on such a great occasion and in a great win like that.”

The win also improved New Zealand’s standing in the World Test Championship as it defends the inaugural title. It came into the match in sixth place after its shared series with Bangladesh last month.

The second test begins at Hagley Oval next Friday.

“We were pretty much out-skilled in all three departments of test cricket,” South Africa captain Dean Elgar said.

South Africa came into the test after a series win India.

“We failed to execute the basics, I’d say," Elgar added. “Not a very good show for us considering what we built up prior to coming to New Zealand playing this test series so extremely disappointing.”

The comprehensive first-test win was a triumph of discipline and technique. New Zealand won an influential toss on Thursday and was able to bowl first on a greenish pitch which seamed on all three days. Henry took the first wicket of the match in his first over and that gave new Zealand the upper hand which it never relinquished.

New Zealand’s four-pronged seam attack maintained perfect lengths to take advantage of the seam and swing on offer. Struggling in unfamiliar conditions and coming off a disrupted preparation after 10 days in managed isolation due to COVID-19 quarantine regulations, the Proteas batsmen couldn’t find an answer.

They tended to hover on the back foot, expecting bounce. Instead New Zealand’s full lengths invited them to come forward and when they did, often too late, they weren’t able to get fully to the pitch of the ball and were undone when it moved away late.

In the first innings, eight South Africa batsmen fell to catches behind the wicket; in the second innings five more met that fate.

The South Africa bowlers performed relatively well but without the consistency of line and length shown by the New Zealanders and were less well supported in the field. The Black Caps didn’t put down a catching chance while South African fielders dropped four in the last session of the first day alone, twice putting down chances from Nicholls.

Henry began the third day by immediately breaking the overnight partnership between Rassie van der Dussen and Temba Bavuma. Southee dismissed Kagiso Rabada for his second duck of the match to take his 200th test wicket in New Zealand.

South Africa was eight wickets down at the scheduled lunch break and New Zealand was granted an extra 15 minutes to try and complete the win. The home side claimed the wicket of Marco Jansen, gaining an extra half hour and grabbed the final wicket of Glenton Stuurman just after 1: 30 p.m. in Christchurch, 2 1/2 hours after the start of play Saturday.

The wicket fell to Southee giving him his 14th five wicket bag in tests. He also overtook Richard Hadlee as New Zealand’s most successful bowler in tests in New Zealand.