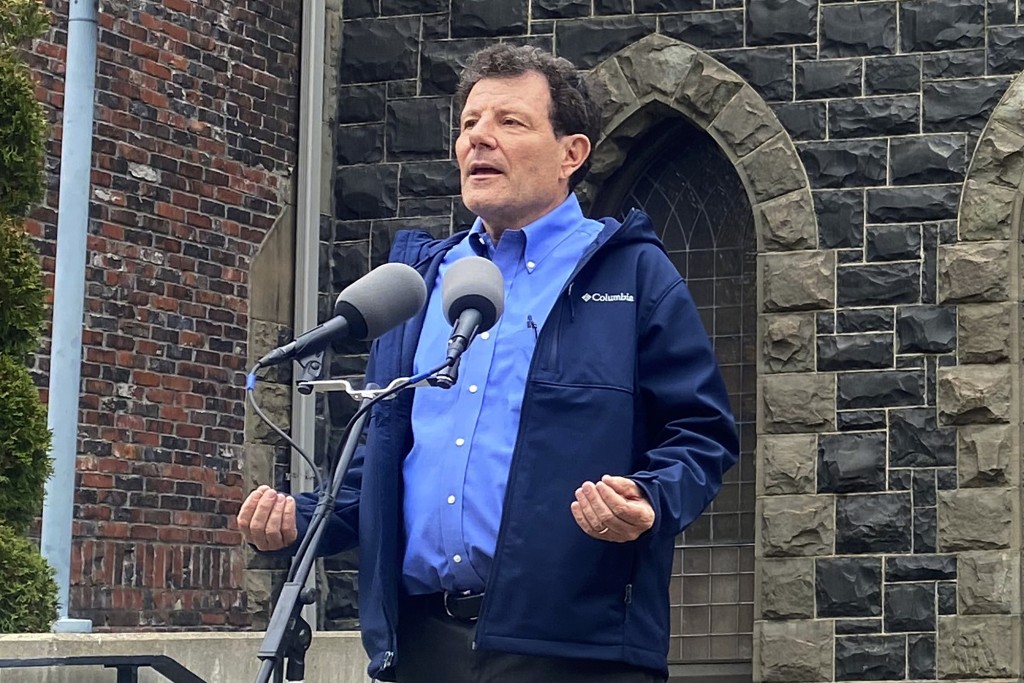 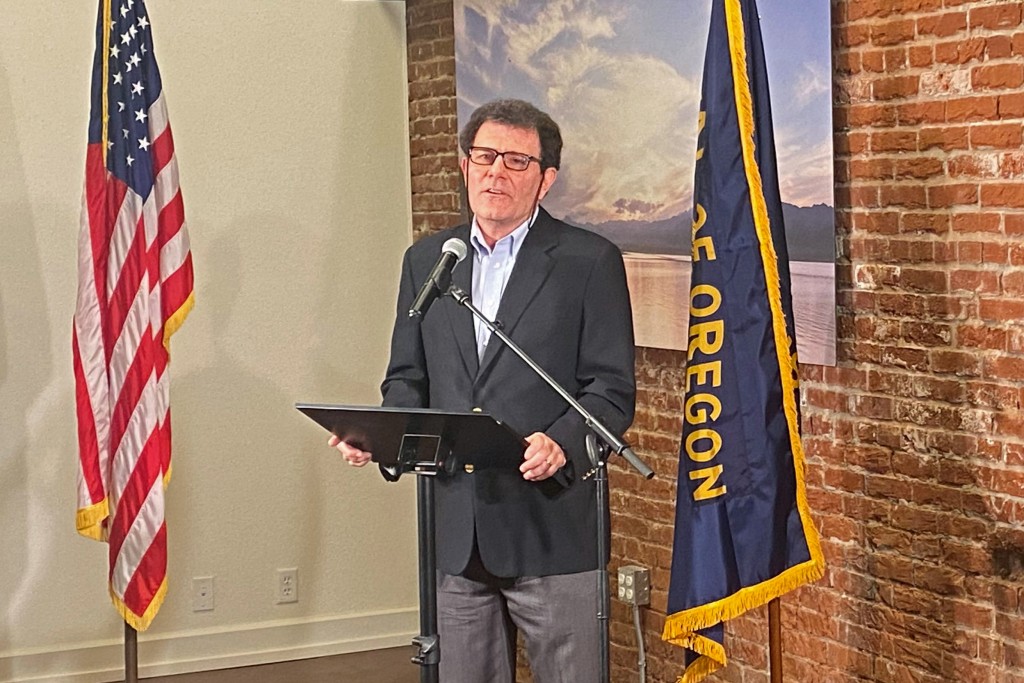 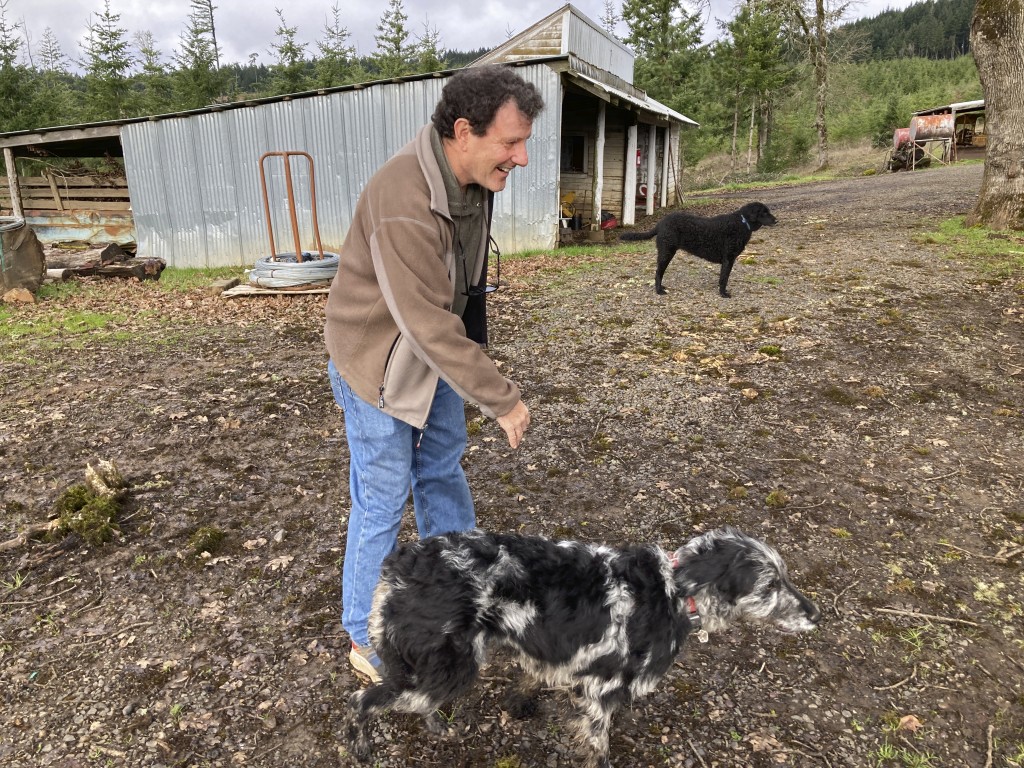 The justices upheld a decision in January by Oregon election officials that the former journalist did not meet the qualifications, citing in particular that Kristof voted in New York in 2020.

“The choice of where to register (to vote) is a meaningful one, as it provides evidence of the political community to which a person feels the greatest attachment,” the court said in its opinion.

Kristof, who moved to a farm near Yamhill, Oregon, with his parents when he was 12 and had kept and expanded the property as an adult, announced his candidacy last October. That same month, The New York Times announced he resigned after a decades-long career that saw him win two Pulitzer Prizes, including one with his wife, former correspondent Sheryl WuDunn.

He has raised $2.75 million in campaign donations and can hold onto it, to either give to other candidates or use himself in a future run for office. Kristof said he's not sure what he'll do with the money and have to figure that out.

“Sheryl and I are going to take a little bit of time and just relax, for the first time in a while, and think this through. But what exactly I do (next)? I don’t know,” Kristof said in an interview after the Supreme Court’s decision was announced.

He said he intends to remain engaged in issues he feels deeply about and has written about, including homelessness, mental health, drug treatment and efforts to create jobs and increase wages. He also has several acres of pinot noir and chardonnay grapes growing on his farm, with the first harvest coming this year.

Questions about Kristof’s residency had dogged him even before he announced his candidacy. According to Oregon law, candidates for governor must have been residents of this state for at least three years before elections.

But Kristof said his legal advisors indicated it wouldn't be a problem. His campaign also obtained an opinion by retired Oregon Supreme Court Justice William Riggs that Kristof has been a resident of Oregon since at least November 2019 “and likely much longer.” Three former Oregon secretaries of state sided with Kristof in a newspaper opinion article.

"We did not expect this outcome,” Kristof said of the Supreme Court's ruling.

“I have a lot of respect for the Oregon Supreme Court," he said. "I think they're smart lawyers. I am disappointed by their decision, but smart people can disagree. I don’t question them in any way.”

Oregon Elections Director Deborah Scroggin and Compliance Specialist Lydia Plukchi told Kristof in January they rejected his filing for governor because he didn’t meet the constitutional requirements to be a candidate.

Oregon Secretary of State Shemia Fagan agreed, telling reporters back then that Kristof’s claim to have been an Oregon resident the past several years “just doesn’t pass the smell test.”

As a foreign correspondent and columnist, Kristof lived overseas and in New York, but said he never relinquished his claim to be an Oregon resident.

If Kristof decides to run for office again, his residency shouldn't be an issue. He says he's in Oregon to stay.

“The farm will be my home until I draw my last breath and my ashes are scattered on the farm," he said.

He had been running for the Democratic nomination, with the party’s nominee to be chosen in the May 17 primary. His departure leaves former Oregon House Speaker Tina Kotek and state Treasurer Tobias Read as the front-runners.

After the Supreme Court opinion was released, Kotek tweeted that Kristof's "voice will continue to be important as we tackle Oregon’s biggest issues. I look forward to working with him as a fellow Democrat.”

Read's campaign tried to woo Kristof's supporters, saying “we all want someone who will challenge the status quo.”

In a tweet, Reed praised Kristof, saying: “Your passion for helping the homeless & creating opportunities in rural Oregon is inspiring.”