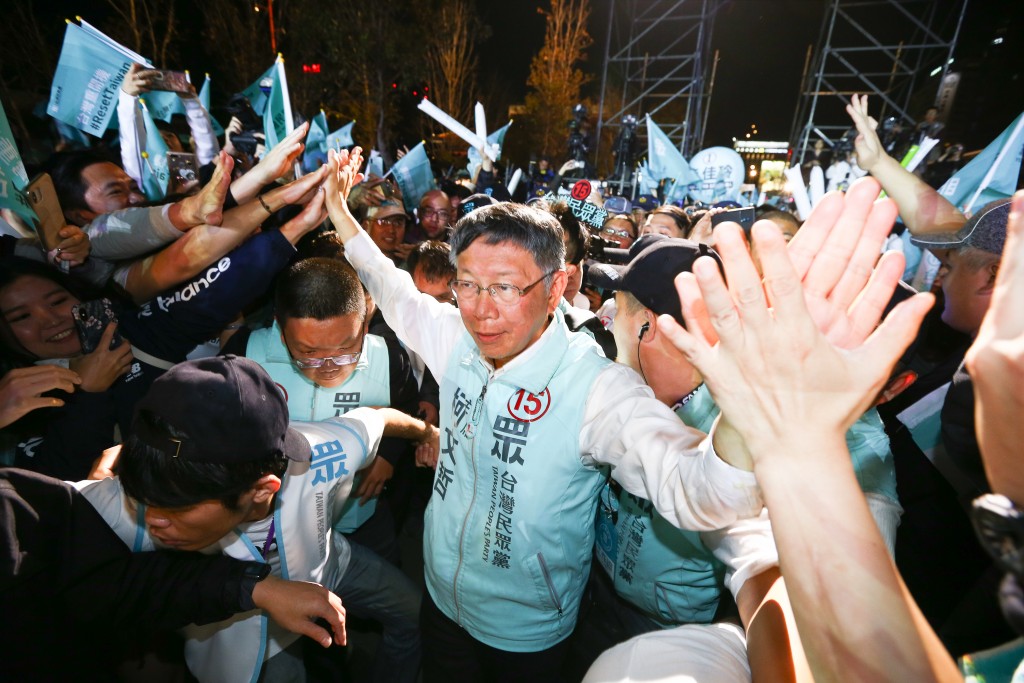 Some polling, especially by the Taiwanese Public Opinion Foundation (TPOF), has shown the Taiwan People’s Party (TPP) close to or even occasionally surpassing the Kuomintang (KMT).

In October of last year, the TPOF poll showed the TPP pulling ahead, and the most recent poll released in January has the party at 12.5%, barely trailing the KMT’s 15.6%.

This has led to considerable speculation the TPP could replace the KMT as the main opposition party to the dominant Democratic Progressive Party (DPP). The reasoning goes that the KMT has made itself so out of touch with its ideology and stances — such as on “One China” and the “1992 Consensus” — that a more publicly supported Taiwan-centric party is needed to counterbalance the DPP and maintain a functioning multi-party democracy.

That reasoning sounds good in theory, but in practice making a political party successful means a lot more than doing well in the polls — and it is here that the TPP faces massive challenges. The TPP doesn’t have the resources, the expertise, the networks, or the experienced politicians necessary to mount an effective ground game able to topple the KMT at any scale — at least not yet.

Consider this: in spite of existing for over 35 years, the DPP has yet to catch up to the KMT on the local level. At the lowest level of government, the borough and village chiefs (里長 in urban areas, 村長 in rural areas) that identify with a party are overwhelmingly still KMT.

Those grassroots networks build the support necessary to launch a run for special municipality or county council seats, and the KMT also totally dominates city and county councils. Following the last round of local elections in 2018, the KMT won 19 of the council speakerships, while (often KMT friendly) independents won two and the DPP only one: Chiayi County.

If the DPP is unable to win the majority of council seats in pan-green strongholds like Kaohsiung and Pingtung, what hope does the TPP have? The TPP knows this as this year’s local elections approach and so far has only been nominating candidates to contest a minority of seats.

It will no doubt get some, but usually it targets a handful here and there or, as in Changhua County, tries to get independent councilors to join their party. While it isn't likely to become a major player in councils nationwide in this year’s local elections, every win it does secure is the potential launch of a political star, so each one is precious to the fledgling party.

Some of the TPP’s nominations have already come under fire online, including the “McDonald's Goddess” (who gained fame for being an attractive worker at the fast-food chain) and candidates convicted of drunk driving, assault, and “offenses against abandonment.” The party is already talking about ways to handle these cases, but it isn’t a good look.

The highest-level positions up for grabs this year are the positions of special municipality mayor and county commissioner. At this level, the DPP and KMT have been more evenly matched, scoring a majority in 2014 and 2018, respectively.

By targeting a wider audience, candidates for mayor and commissioner can do better than council candidates with ad budgets and media exposure — but local networks and connections still matter. With few TPP candidates yet nominated it is hard to predict their chances, but many will likely run into the same problems as the relatively unknown Wu Yi-jheng (吳益政) in the 2020 Kaohsiung by-election who only garnered a little over 4% of the vote for the TPP.

The TPP does have some potentially serious candidates worth watching in this year’s elections. One is Taipei Deputy Mayor Huang Shan-shan (黃珊珊), who in hypothetical matchups for Taipei mayor is doing respectably. Polling shows her in the upper teens to low 20s.

Though at this point, Huang seems a long shot, she is very much in a position to influence the race or even play the spoiler. This has alarmed the KMT, and party Chair Eric Chu (朱立倫), among others, has called for a KMT-TPP alliance, most likely with his eye on Taipei, though so far the TPP has rejected the offer.

Another one to watch is TPP legislator Ann Kao (高虹安), who many think may be a strong candidate for Hsinchu mayor. She is “evaluating” the possibility.

The TPP is likely to only make modest gains in the local elections, but in the 2024 national elections it could be a more significant player. This is where it has a small, but not insignificant chance to overtake the KMT.

By far its best hope in the national elections is mass defections from other parties. This would most likely come from the “light blue” (more moderate) end of the KMT spectrum if it were to happen, and considering how fractured the KMT is internally at this point, this isn’t inconceivable — especially if a deep blue figure were to take over as party chair, which is a distinct possibility.

The TPP has already attracted defectors from other parties, including both the KMT and DPP, but they’ve tended to come more from the KMT or the small People’s First Party. If the TPP can entice experienced politicians with name recognition and existing networks, that could provide a significant boost to the party.

Even if it can’t poach significant numbers of key players, the party still could be a notable player in 2024. It would be tough to overtake the KMT in the total number of legislators, but the TPP could potentially beat them in one key segment that would be psychologically devastating to the KMT.

The 113-seat Legislative Yuan has three types of legislators: 73 seats voted in by constituents in electoral districts, six Indigenous seats, and 34 party list seats apportioned by the parties' proportion of the national vote.

Without the extensive networks and experience the KMT has and barring defections, the TPP will be in an uphill battle in the constituency districts and among Indigenous voters, though in the last two elections, both New Power Party (NPP) and independent lawmakers were elected, so picking up some seats is possible.

If, however, the TPP does overtake the KMT in popularity, while it still doesn’t have the troops to battle the latter on the ground, the TPP could beat it on the party list because that vote is by party preference alone.

If the KMT is squeezed enough by the DPP on one side and the TPP on the other, it is the TPP that could theoretically close in on or even challenge the KMT in the legislature. The defections and internal dysfunction on the KMT side bear the closest watching, especially if Eric Chu is replaced by a more hardline chair.

Soon to be term-limited Taipei mayor and TPP Chair Ko Wen-je (柯文哲) has already declared that if polling gives him a 20% or higher approval rating, he intends to run for president in 2024. The most recent TVBS poll has him at 48%, making him the third most popular politician in the country, with other polls generally ranking him among the top five.

To win the presidency, Ko has a lot of work to do. He will need to clearly formulate a policy on relations with China that is acceptable to the public at large and work on his propensity for exasperated and impatient comments to the press.

In the 2020 national elections, the TPP's official China policy was effectively to copy and paste the DPP’s, which under President Tsai Ing-wen (蔡英文) has come to dominate the center of Taiwanese public opinion. Ko himself, however, has staked out positions that appear to be roughly midway between the KMT’s deeply unpopular stance and the DPP’s, for example with his “two sides of the strait are one family” stance.

It is unlikely though not impossible that Ko would win the presidency. That’s not the only reason for him to run, however. The high profile and media coverage that comes with a presidential run brings attention to the party and, by extension, the legislative slate, which could boost the TPP's chances of success.

The TPP has only been in existence since 2019, and it remains both somewhat ideologically unformed and in flux as to its position in the political spectrum. While the party is making strides in clarifying its role and carving out a distinct image, to date its greatest asset remains the KMT’s inability to maintain popularity among the broader electorate.

Ultimately, the TPP’s fate may rest with the KMT.