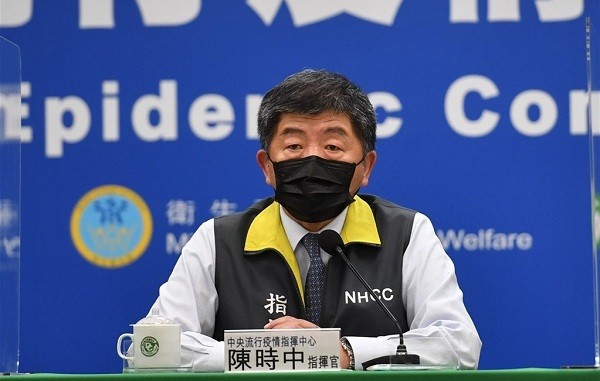 TAIPEI (Taiwan News) — The Taiwan High Court on Tuesday (Feb. 15) upheld a lower court’s three-day criminal detention sentence, which can be converted to a fine of NT$3,000 (US$108) for a man who was convicted of slandering Central Epidemic Command Center head and health minister Chen Shih-chung (陳時中), CNA reported.

According to the Taipei District Prosecutors Office’s indictment, the man surnamed Lai (賴) had objected to Chen’s epidemic prevention policy and posted a text to a Facebook group on June 6 last year, accusing the health minister of “hiding the real epidemic situation, shamelessly fawning on the U.S., and selling out Taiwan.”

In response, Chen filed a complaint against his accuser on the same day the defamatory comment was posted to Facebook.

Prosecutors held that the text of “shamelessly fawning on the U.S. and selling out Taiwan” had defamed Chen’s character and reputation, before charging Lai with publicly insulting another, CNA said.

However, the prosecutors also held that Lai’s accusation of Chen “hiding the real epidemic situation,” although also negative in nature, was an acceptable comment on something that was a matter of public interest and open to public discussion, and was therefore not indictable, per CNA.

The Taipei District Court ruled that Lai’s defaming Facebook post had caused serious damage to Chen’s character and reputation and that the defendant had not shown remorse for what he did as he had denied committing the crime and intentionally tried to delay the legal proceeding by repeatedly failing to appear in court. The court sentenced the defendant to three days of criminal detention for publicly insulting another, which can be converted to a fine of NT$3,000.

Lai appealed the district court’s sentence to the Taiwan High Court, which on Tuesday upheld the lower court’s ruling.