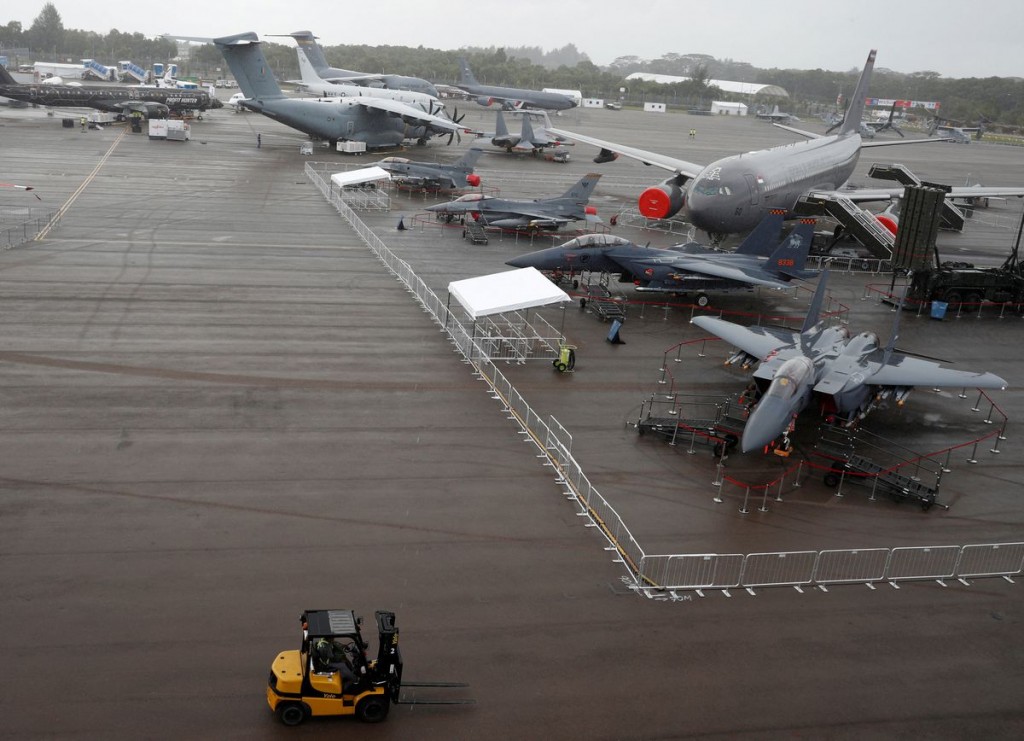 The Asia-Pacific aviation industry's slow recovery from the pandemic amid government restrictions will cast a shadow over the Singapore Airshow next week, though there are nascent signs of improvement as concerns over the Omicron variant recede.

The biennial event has bookended the pandemic, with the 2020 edition disrupted by the virus emerging from China and the latest show coming as the industry attempts to plot a way out of its biggest-ever crisis.

International passenger travel in the region was down 93% from pre-pandemic levels last year, leaving airlines heavily reliant on freight for revenue, and the Chinese outbound tourism market remains closed.

But there are signs of a rebound this year, Skyscanner booking data shows, as countries such as Singapore, Thailand, the Philippines, Vietnam and Australia reopen to more vaccinated tourists without quarantine.

Military purchase intentions are also picking up as regional economies recover from pandemic-induced slumps and countries look to bolster their capabilities, as highlighted by Indonesia's $8.1 billion order for 42 Rafale fighter jets on Thursday.

Major manufacturers such Airbus (AIR.PA), Boeing (BA.N) and Lockheed Martin (LMT.N) will send senior executives to the Singapore Airshow from Feb. 15-18, using it as an opportunity for now-rare face-to-face meetings with key commercial and defence customers.

But there will be around two-thirds fewer exhibitors than 2020 at Asia's biggest aerospace gathering, with the challenges of holding the show mirroring travel difficulties.

Some industry executives decided not to attend, concerned about restrictions including daily testing, no intermingling during mealtime, mandatory masks in the tropical heat as well as hotel isolation if they test positive.

Singapore-based aviation analyst Brendan Sobie said he expected a quiet, locally oriented gathering with many of the overseas executives holding meetings in the city centre rather than at the more distant show site.

"The concern from many exhibitors is a lack of customers visiting," Sobie said of the show.

The Asia-Pacific region accounts for 35% of the world's commercial aircraft fleet but only 4% of order announcements at air shows over the last decade were made in Singapore, according to broker Jefferies, partly because the event is held before shows in Europe and Dubai.

During the pandemic, most Asian airlines have focused on deferring deliveries and handing back planes to lessors rather than placing fresh orders, though Singapore Airlines (SIAL.SI) in December signed a preliminary deal with Airbus for 7 A350 freighters that would involve reducing orders for passenger planes.

Boeing last month launched a freighter version of its 777X widebody that will compete against the A350 freighter.

The new generation planes will help cut carbon emissions, an important focus for the industry as it targets "net zero" emissions by 2050 through biofuels and improvements in engine technology.

The show comes as Southeast Asia is a key stage for a rivalry between the United States and China, the world's two biggest economies.

China's extensive territorial claims in the South China Sea, which it says are based on historic maps, have put it at odds with Brunei, Malaysia, the Philippines, Taiwan and Vietnam, which have competing claims to islands and features.

Collin Koh, a research fellow at Singapore's Institute of Defence and Strategic Studies, said there was interest from military buyers in big-ticket purchases such as new generation fighter jets, though costs could be a mitigating factor after the pandemic-related economic slump.

"Drones, fixed- and rotary-winged transports, maritime patrol and reconnaissance aircraft, for example, would be more sought after given the utility of these assets for a whole range of peacetime purposes," he added.